A place to discuss other watch-brands
Post Reply
37 posts

I am looking for a quality quartz watch for my collection (not Christopher Ward), that has some history to the brand and costs no more than $1,000. I've scoured the interweb for new and used quartz watches that match my criteria and think I may have found the one, but would like to hear any other suggestions that I may have missed. I have a G-shock as a beater, so I am not interested in another G-shock. All of my other watches are mechanical/auto, and at this point want to add a nice quartz to round out my colllection.

Here is the watch I am currently considering. Thoughts/suggestions? 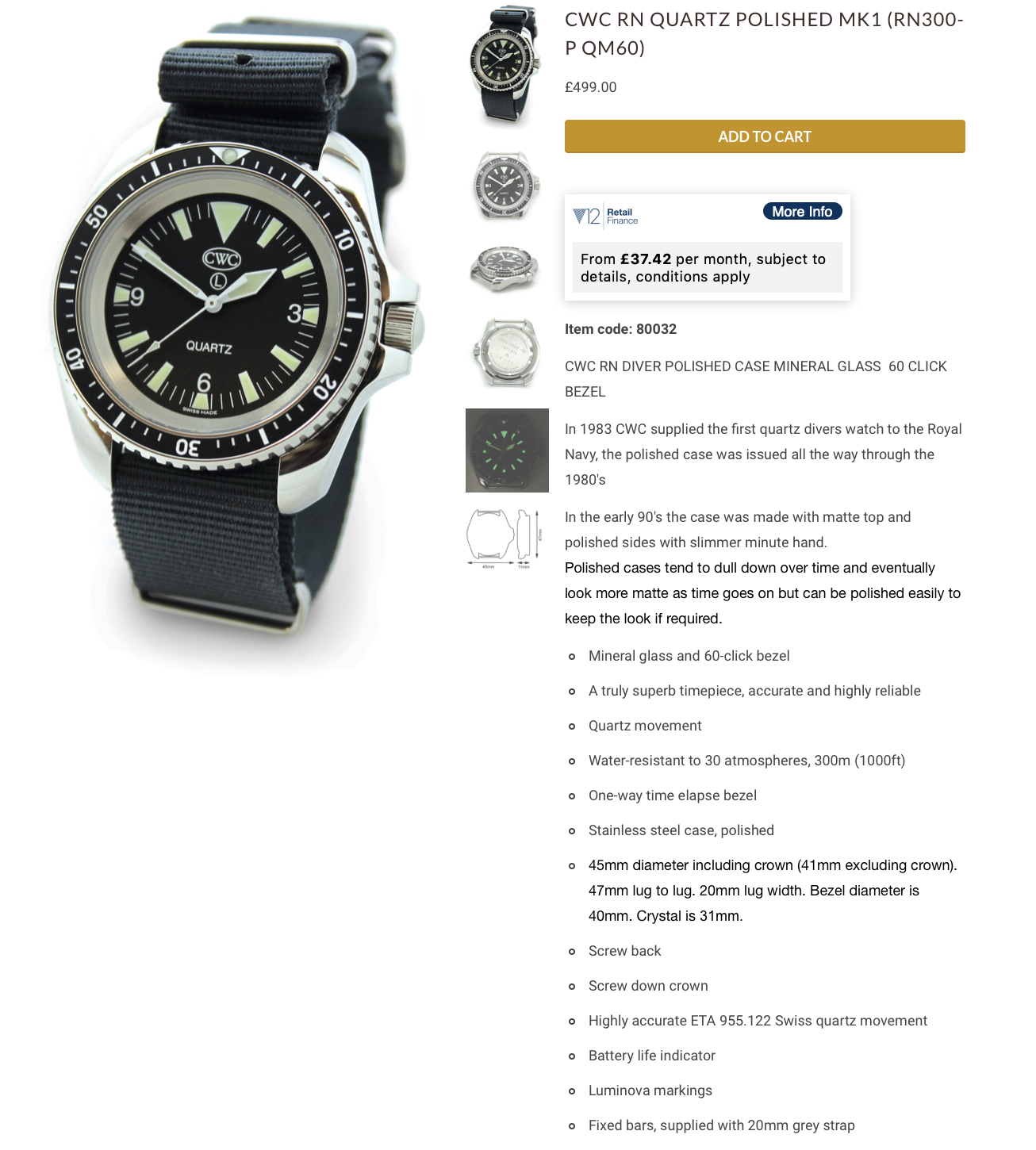 Are you set on a diver?

Outside of dive watches, you can probably find a GS quartz around the top end of your budget if you're willing to look at pre-owned. It doesn't get much better!

And Seiko have a truckload of quartz history.
Ryan
Top

Outside of dive watches, you can probably find a GS quartz around the top end of your budget if you're willing to look at pre-owned. It doesn't get much better!

And Seiko have a truckload of quartz history.

I'm not set on a diver, although I typically lean towards them. I would definitely consider a Grand Seiko quartz, but any I've seen anywhere close to my budget are in pretty tatty condition. It seems that to get a decent example, I would have to raise my budget quite a bit.
Malcolm

A suggestion: Longines Conquest (or Hydroconquest if you prefer a diver)

Check them out on the Longines Website.
Steve
The half minute which we daily devote to the winding-up of our watches is an exertion of labour almost insensible; yet, by the aid of a few wheels, its effect is spread over the whole twenty-four hours.
Charles Babbage

Hamilton do some nice 'X Wind' Aviation types around that price if they are your thing - they are mine. 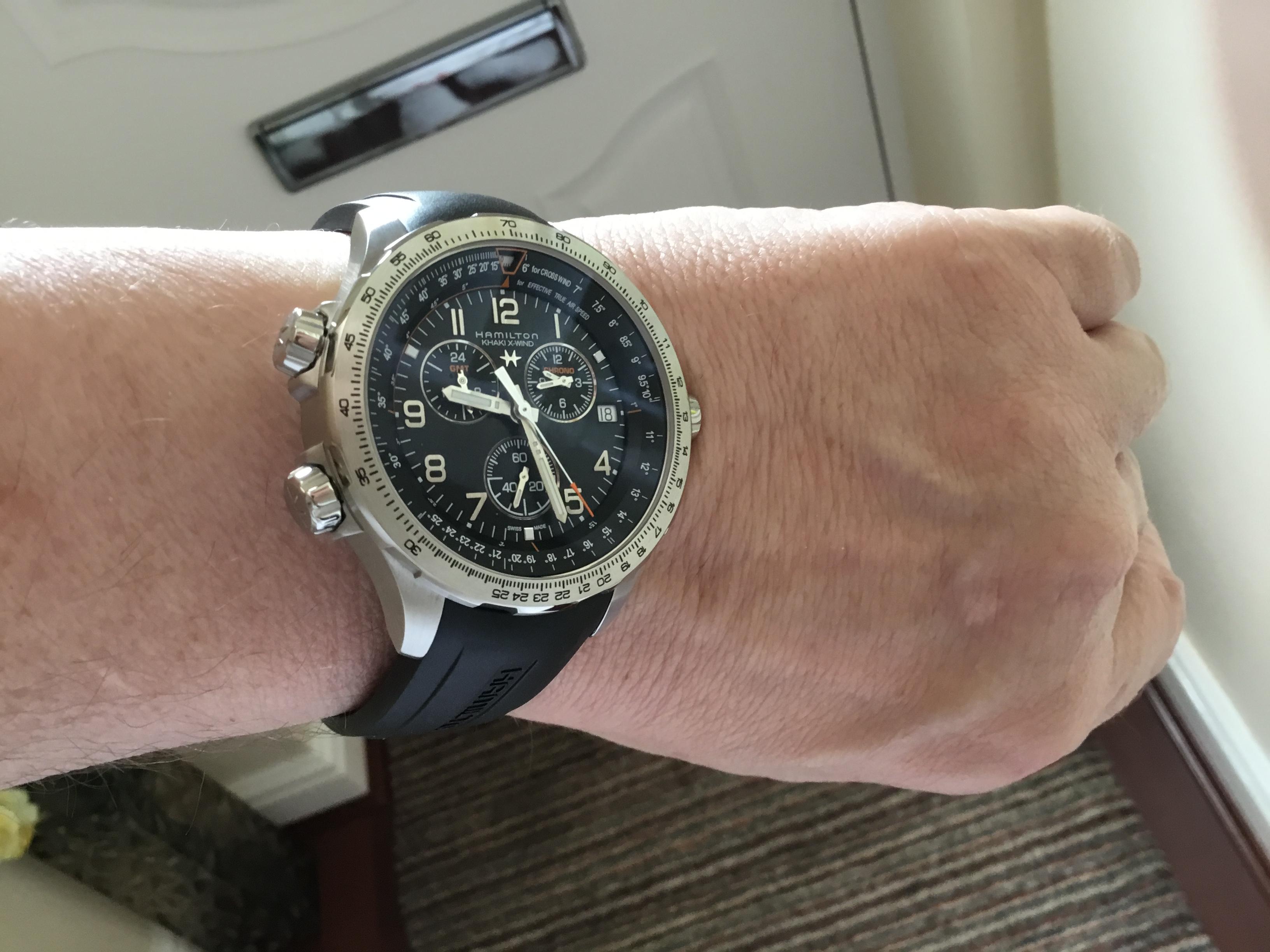 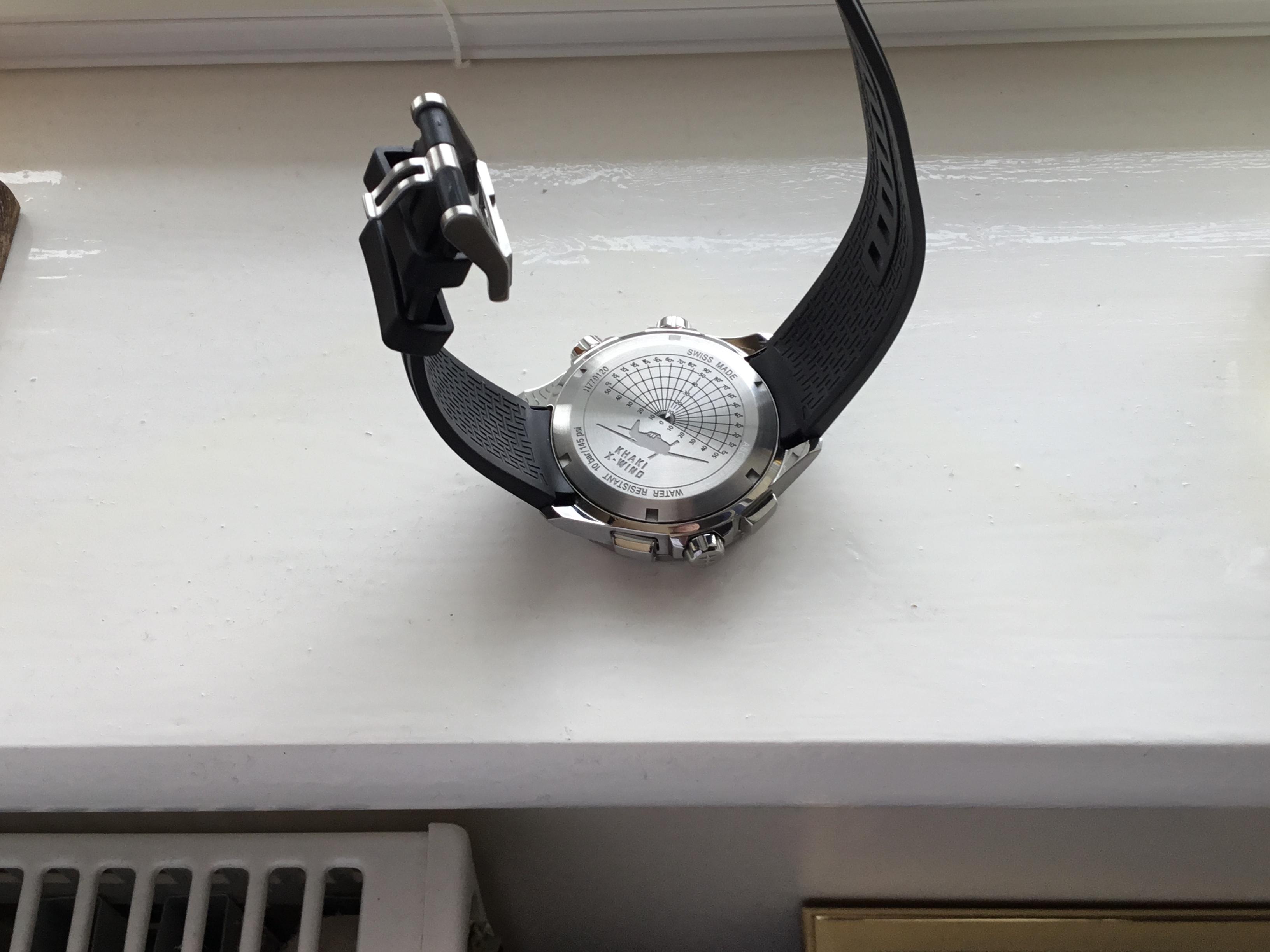 Malcom,
Have you looked at Longines VHP Range, they have a few nice ones that I have been keeping my eye on. There is a GMT version that has a retain cost of approx £980. This is a review from Fratello Watches
https://www.fratellowatches.com/longines-conquest-vhp-
Treyford
Top

treyford wrote: ↑
Tue Aug 13, 2019 5:24 pm
Malcom,
Have you looked at Longines VHP Range, they have a few nice ones that I have been keeping my eye on. There is a GMT version that has a retain cost of approx £980. This is a review from Fratello Watches
https://www.fratellowatches.com/longines-conquest-vhp-

I've looked at the Longines VHP and it is definitely a consideration. The GMT in the USA seems to retail around $1,600, so above my price range. It's a nice looking watch.
Malcolm

I have a Hamilton Khaki Field, which I really like. The x-wind is a great watch, but maybe a little busy for my taste.
Malcolm 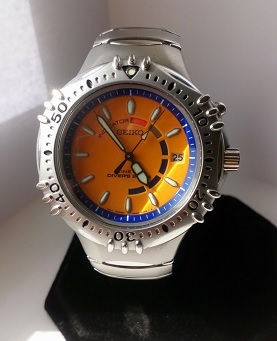 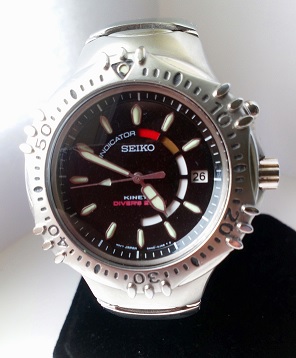 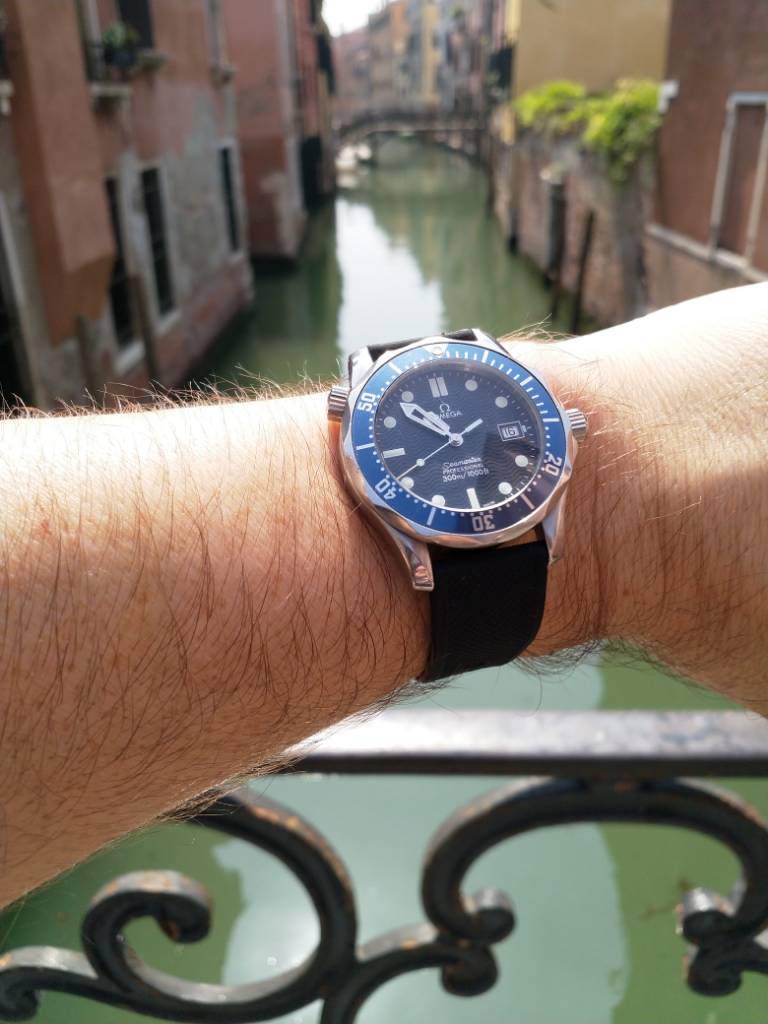 Sent from my TA-1012 using Tapatalk

Longines VHP would be my suggestion around that price range. I've tried on both the chrono and 3 hander but not the GMT. They wear very well and look fantastic
Top

At the lower end of the price spectrum, how about a rugged 41mm field GMT quartz that doesn't require a battery change? 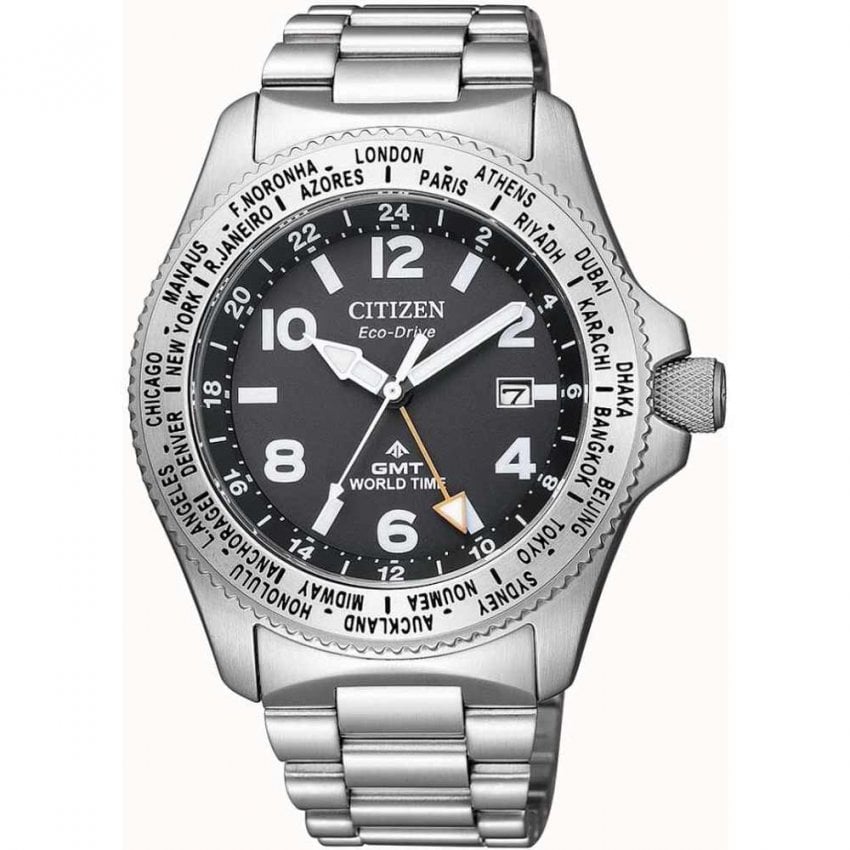 I've only just come across this myself for the first time. Rather tempting travel "beater" at around 220GBP!
Ryan
Top

Taking a lead from the CWC RN you've already picked out there is an alternate British Military issue piece, featured / recommended by WatchPro in a Britain's best watch company entrepreneurs article published today, in the guise of the Elliot Brown Holton Professional. 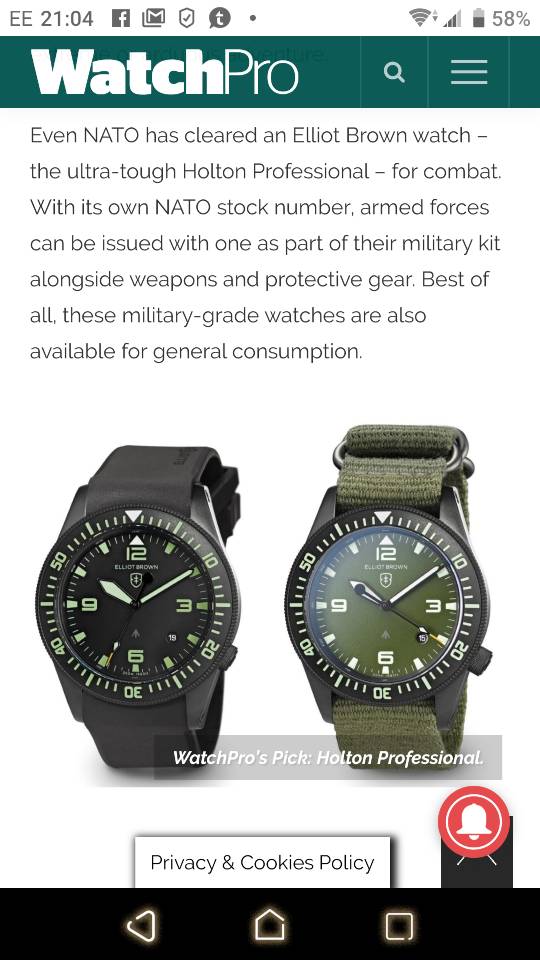 An alternative Military issue piece from your side of the pond is the 41mm Marathon TSAR Quartz Military (Canadian brand, Swiss Made) available from Long Island Watch. Also available as a cheaper 36mm 'Medium' piece. 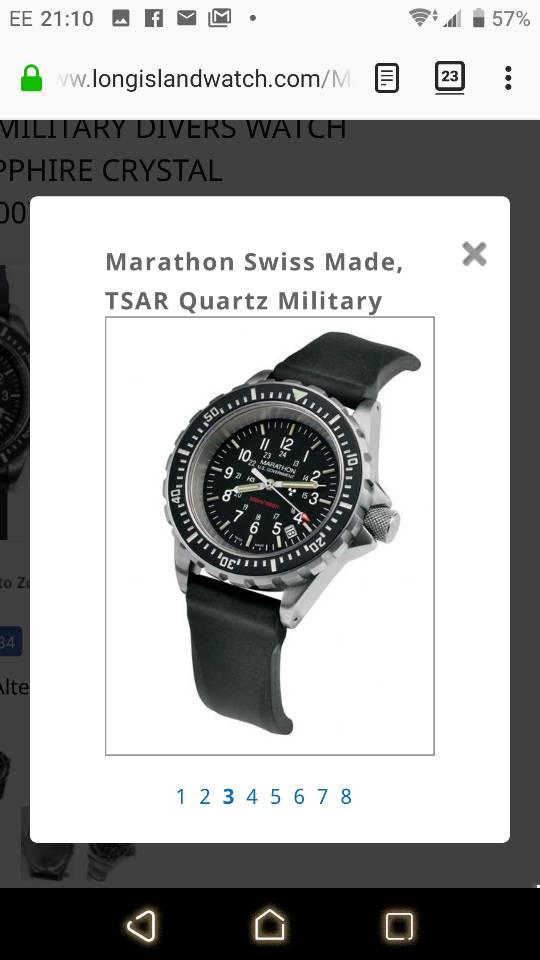 Final suggestion from me, is a Special Projects version of the Elliot Brown Canford, commissioned by Navy Wings to commemorate the 40th anniversary of the Sea Harrier, an aircraft I know you have an affinity with. 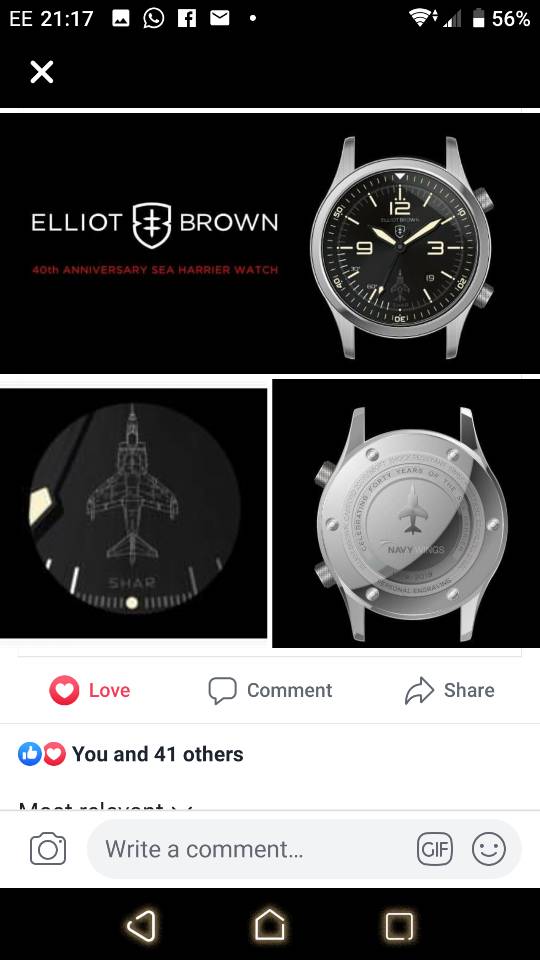 Full details may be found here

I have to concur with a previous suggestion, the Longines VHP is superb. The non-GMT models come in around your budget, around 650 Euro - 800 Euro on chrono24 with paperwork and warranty. GMT is over budget.

Second option - This might not be your style, but every so often a nice Breitling Aerospace comes in around the budget. They will be old watches - probably seem a few things, but if you are patient you will find a nice example. Those a real workhorses, worn a lot by pilots and a really good quartz movement.
Top

I currently have two quartz watches I could recommend for your consideration both of which I picked up second hand around the top end of your price range. The Sinn UX and Grand Seiko SBGX59 can I believe both still be found at this point with a little luck and patience. I would also consider a second hand Aerospace as mentioned above.
If you are looking for new, try Nite watches.
Top
Post Reply
37 posts