Proudly display your current State Of The Collection
Forum rules
Here you may post and share your State of The Collection (SOTC).
Please title your post with Your Forum name and date such as Kip - July 2014
If you wish to update your collection, please start a new topic following the same format. That will insure that your current SOTC will be at the top.
This area is for SOTC threads only. All others will be moved or deleted.
Post Reply
12 posts • Page 1 of 1

I’ve not done one of these before but this is my collection in order of acquisition. Prior to everything shown here I mainly wore one watch until it died, spent the minimum I could for a replacement and did the same again.

The first watch to break this cycle was this Ellesse sports watch. It obviously seen better days and has had a hard life. This was an engagement gift from my wife and was worn for best originally before gradually making its way into daily wear. Now it sits unworn and I think once the battery dies I will remove it and leave it alone. It has sentimental value so will never be moved on. But I don’t think it will get worn very much, if all all from now on. 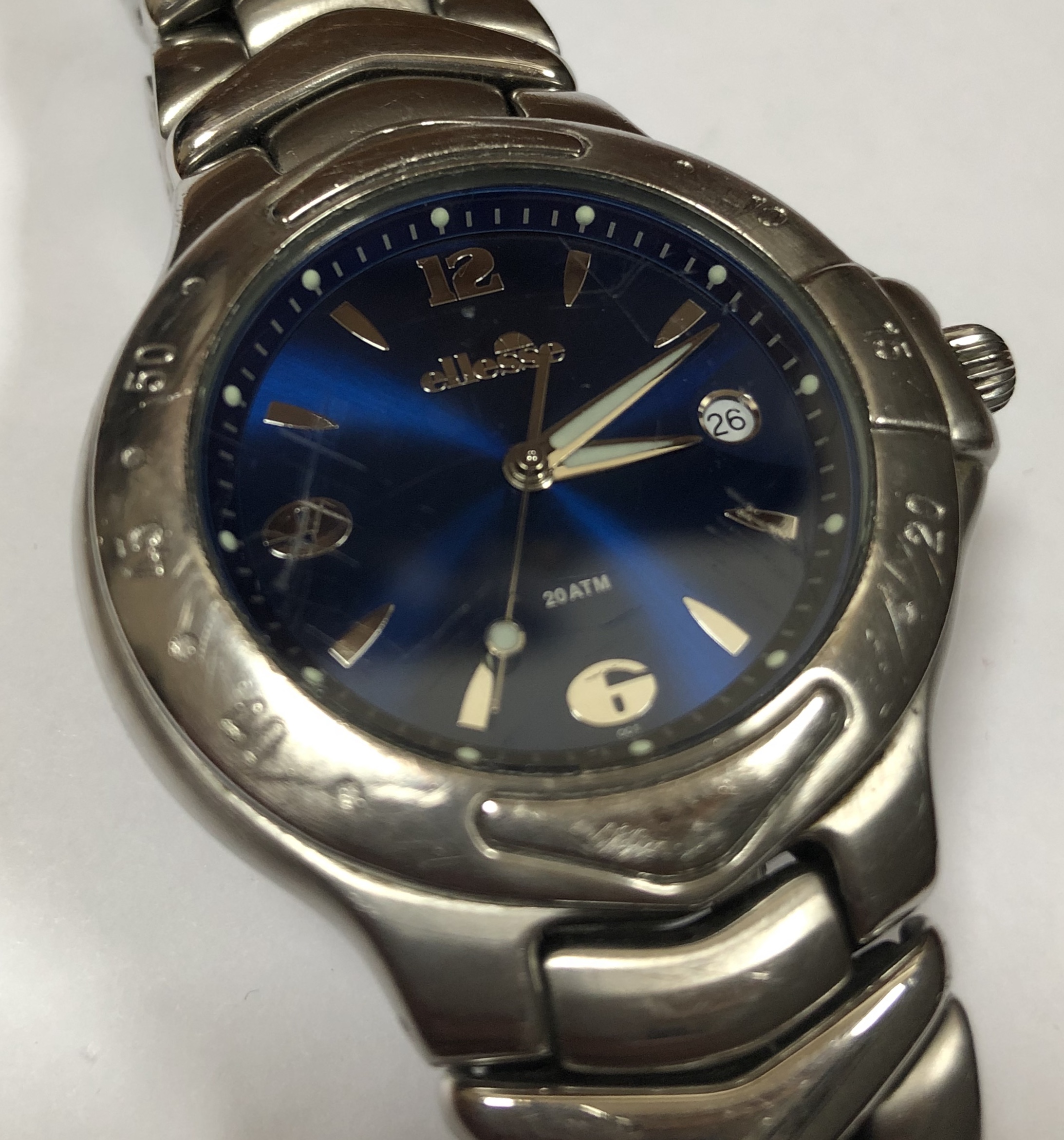 Next came this Seiko sportura chronograph. I decided I wanted a ‘good’ watch so went into town one year in the January sales with about £200 in my pocket and came hone with this. This was worn in rotation with the Ellesse for many years and is now only worn when there is a risk of damage to one of my other watches. This will stay in this role but won’t get much wear otherwise. 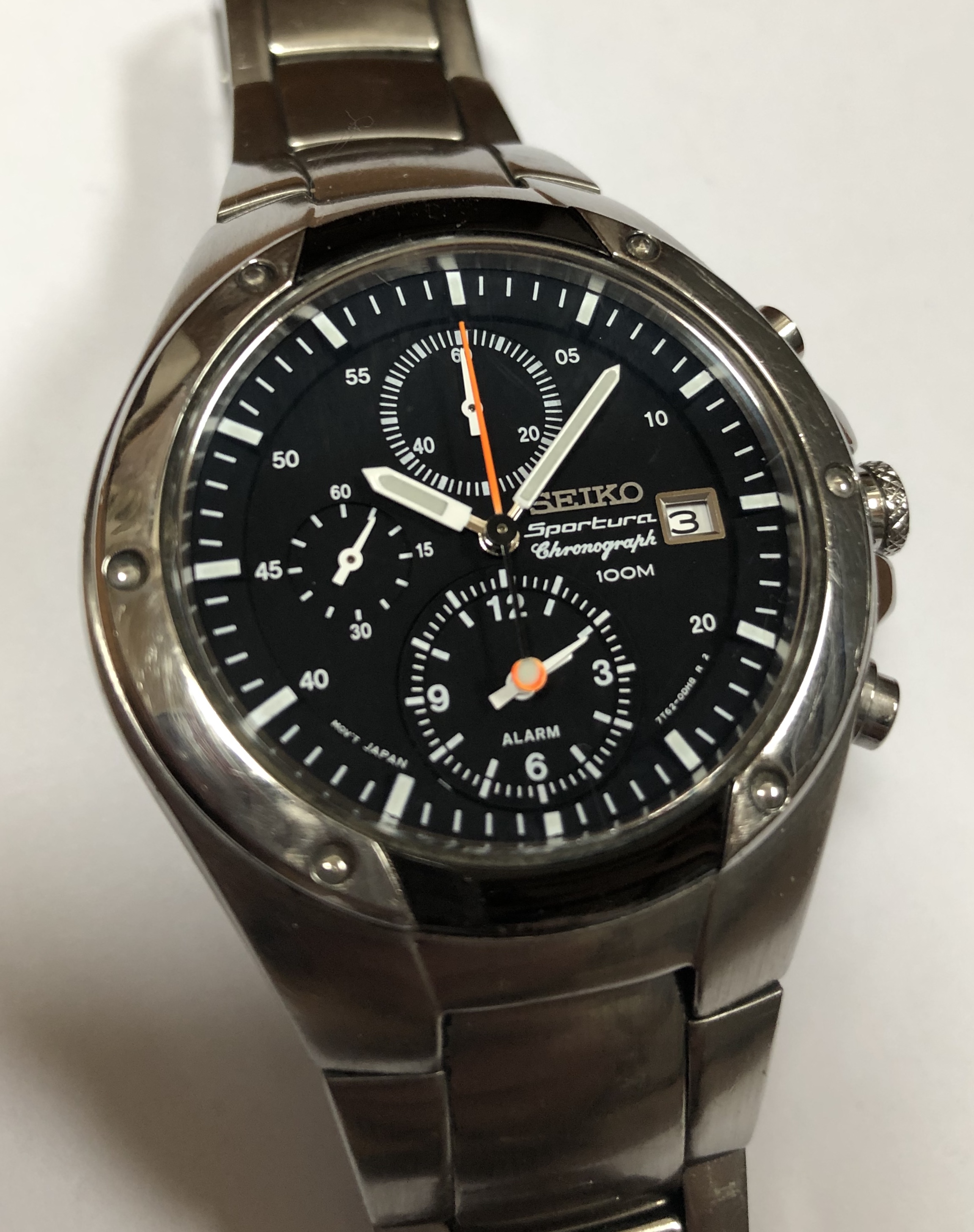 Next comes my first mechanical watch. I decided to save up for something special for my 40th birthday and researched watches for the first time. I decided on this Tag Aquaracer and had the money ready to go ahead of my birthday. Then sadly my mother passed away and I had one of those ‘life’s too short’ moments. I went out and bought this about 6 months ahead of my birthday and wore it at her funeral. While intended as a milestone birthday watch, it’s actually the one I remember my mother with most. 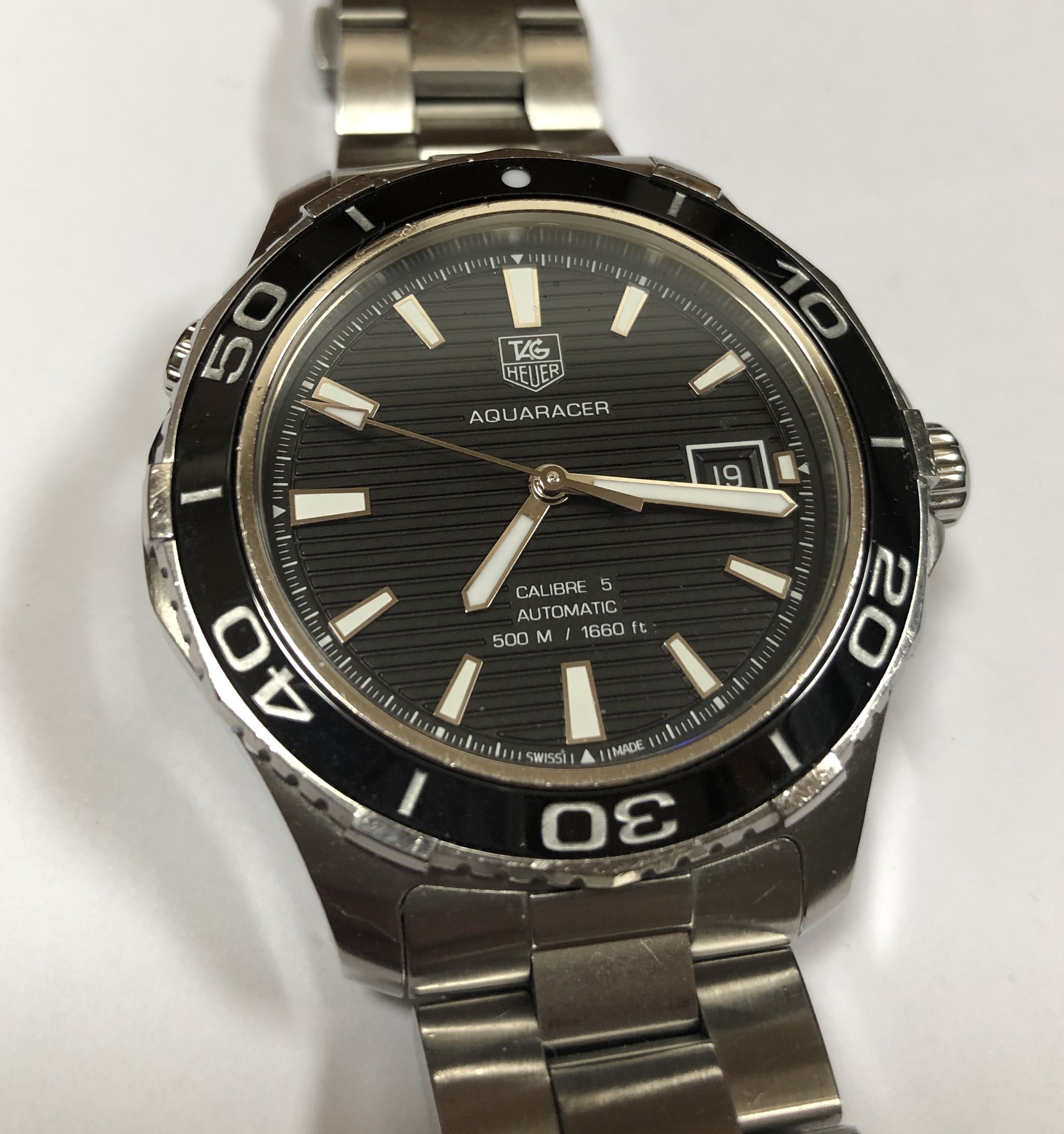 One day I was speaking with a salesman in work. There was only three of us in the meeting so he was delivering his presentation on a laptop and I noticed he was wearing an IWC pilot. Afterwards when the other person left, I asked to have a look and he was over the moon that someone had noticed his watch. I was impressed with it and researched IWC pilot watches, deciding to eventually save up for one. I did intend to get a mark xvii but when I was about to buy, IWC announced the mark xviii and I waited for these to be released first. I bought this from an AD and it was one of the first mark xviii sold. He only received it from IWC the day before. 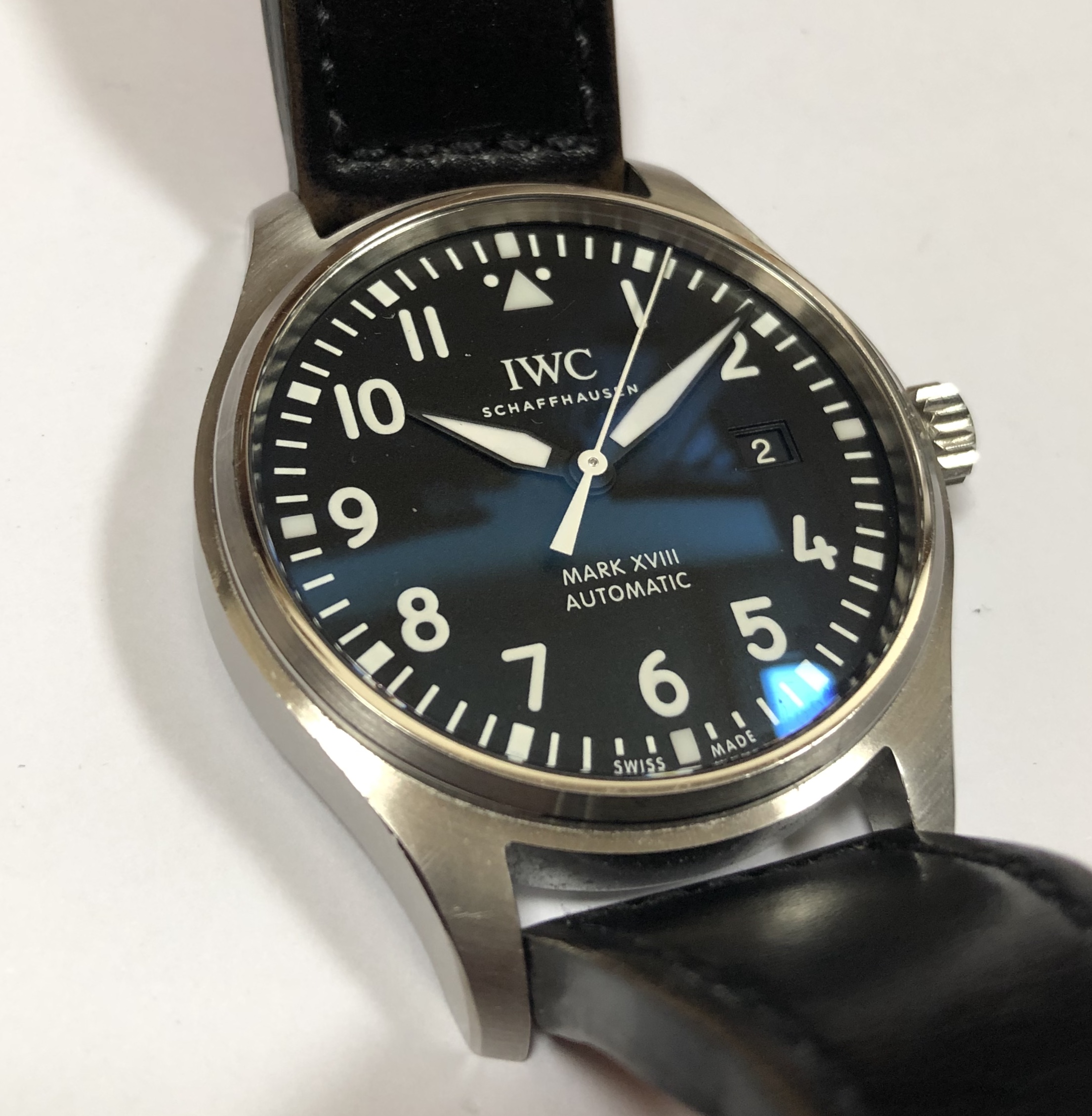 Next came the El Primero. Around 5 years after my mother passed I effectively got some money from her when my father downsized from the family home. My wife said, why don’t you spend some of it on a watch? I knew what she really meant was ‘why don’t you spend ALL of it on a watch, and there’s no harm in using some of your savings as well’.....
While this was bought with my mothers money, it’s still the Tag that makes me think of her. Great watch though. 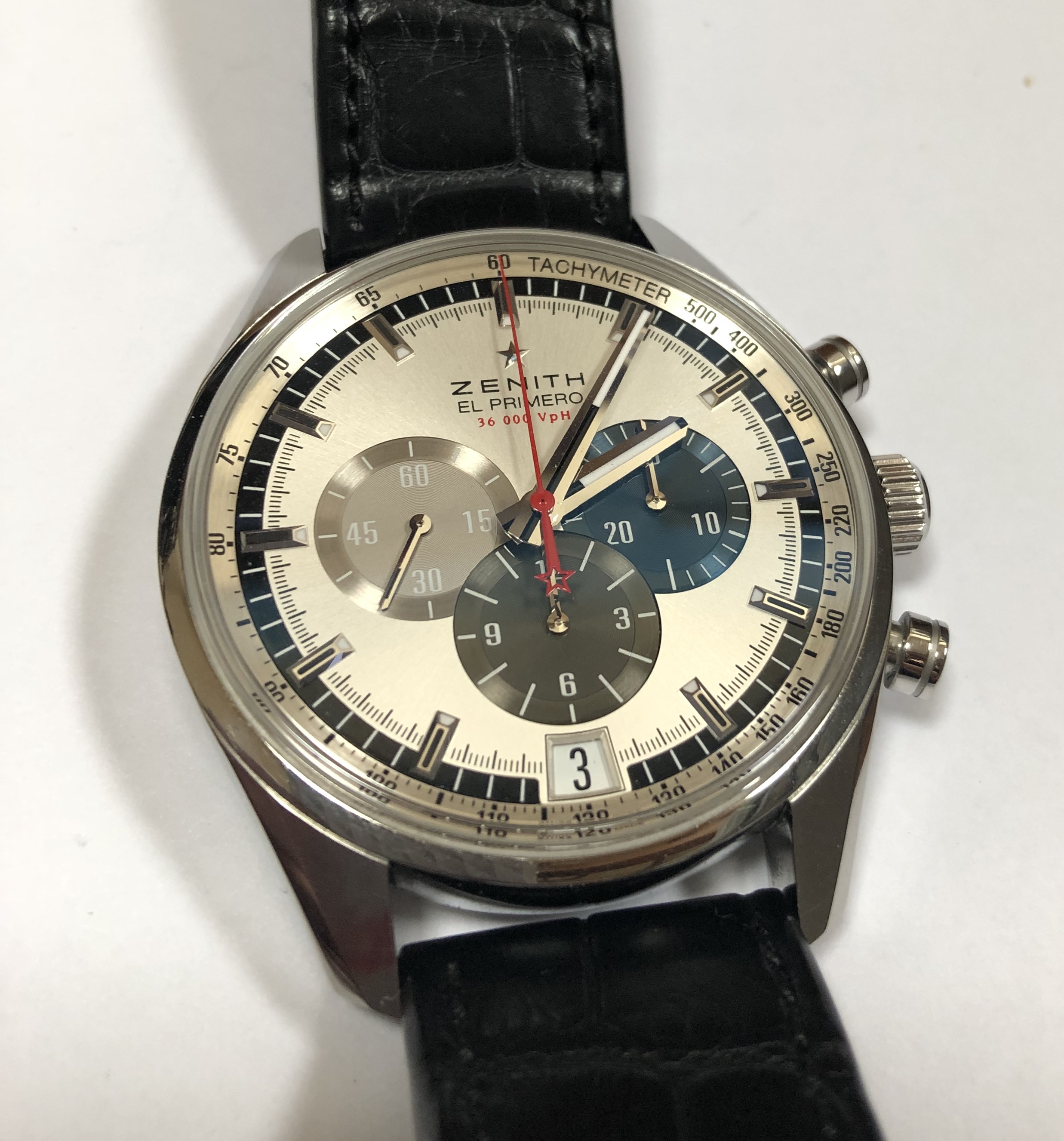 Next came the bronze trident. I had sold a white faced GMT and replaced it with this. It was bought as a general wear and holiday watch but I’ve not bonded with it as much as I would have hoped. It’s on the way out now. 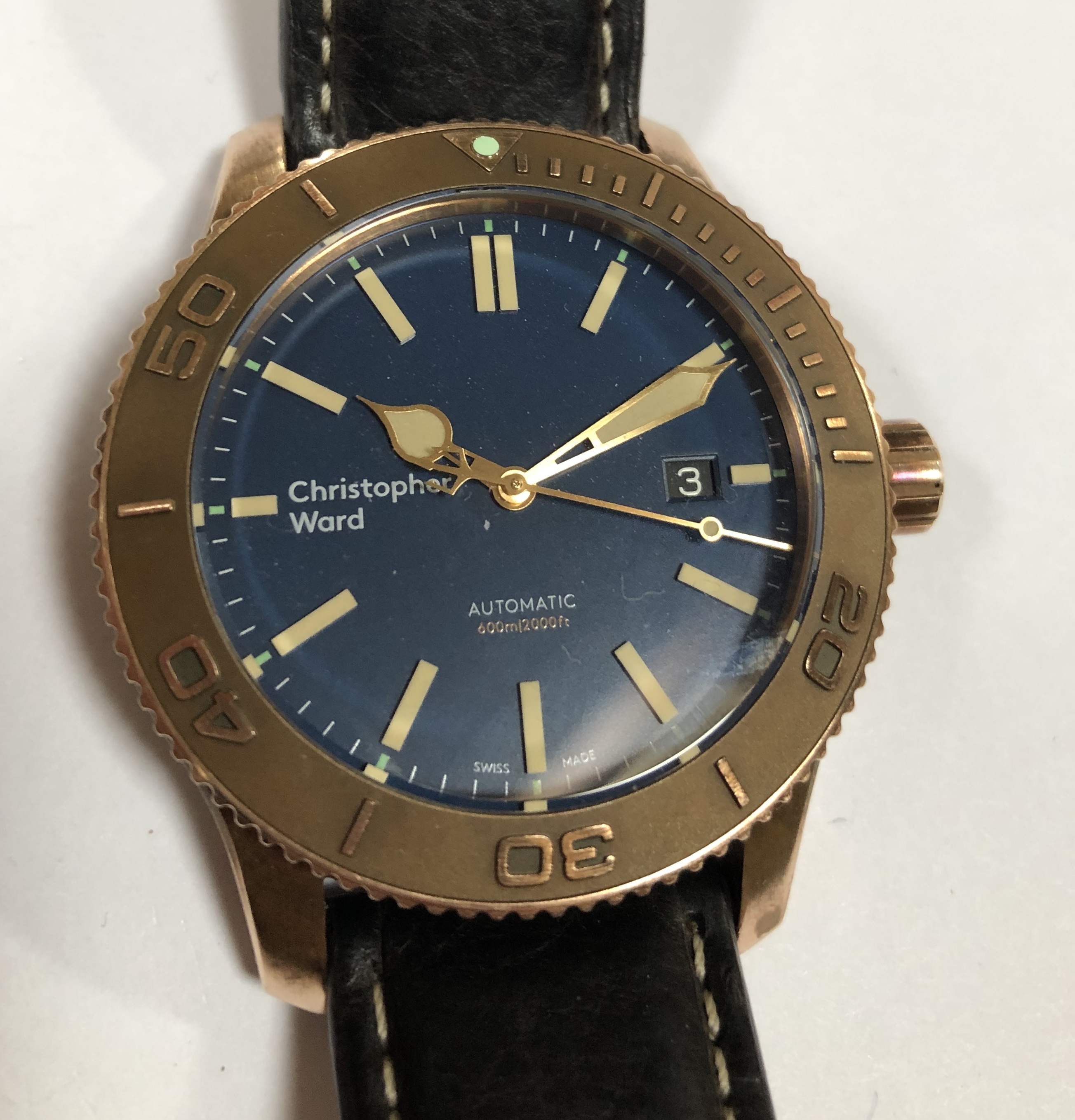 Finally this is my latest arrival following a post in the bargain hunters thread. I had made my mind up that Bremont was the next purchase and when this was offered with a nice discount it was snapped up. 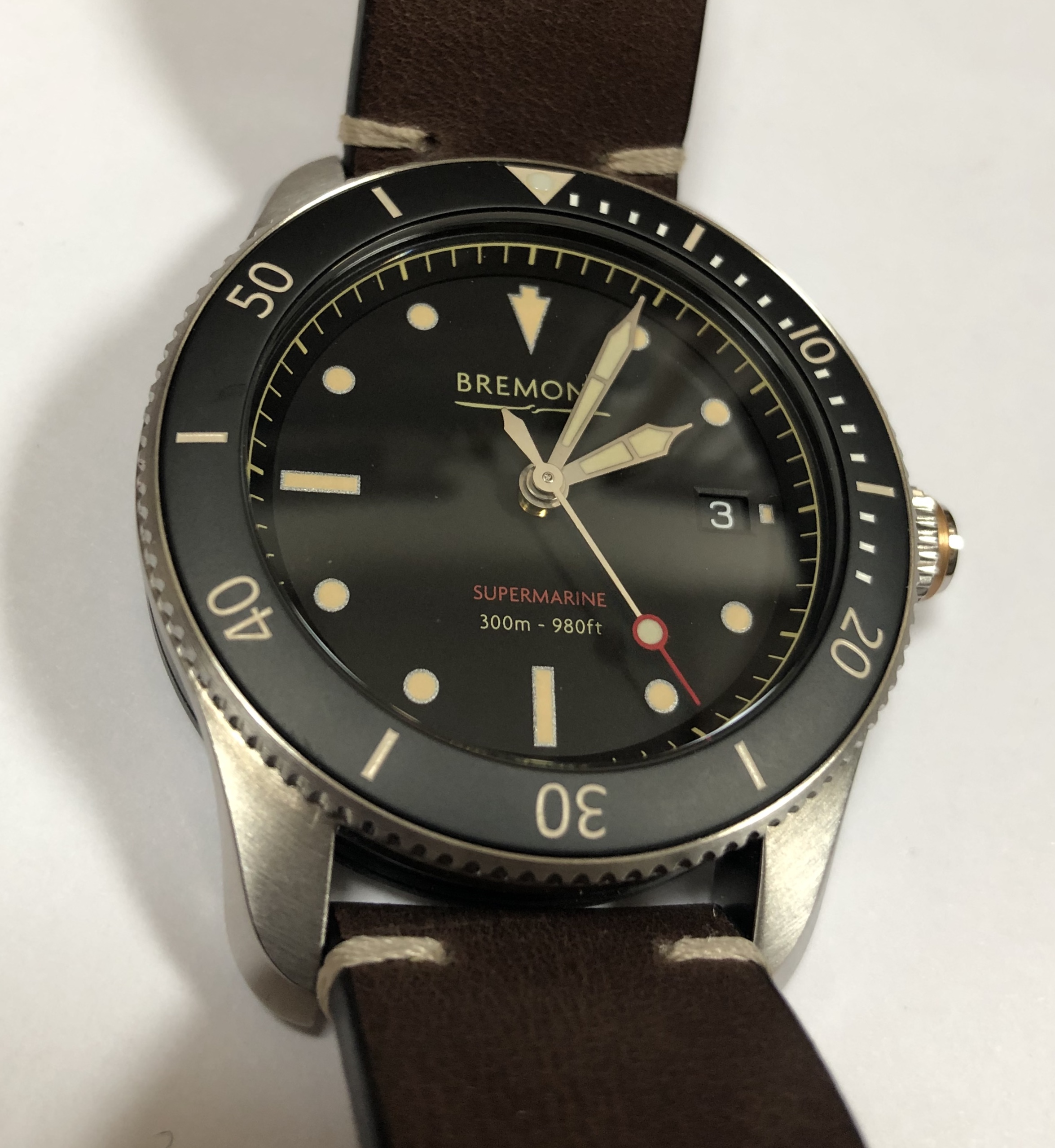 That’s it, thanks for reading this far and I hope you like the photos

That’s a superb collection you have Iain and nice to get the story behind each one too.

A bit like you my first good watch was a Tag Heuer, a black Carrera, and I think Tag are a bit underrated these days. That Aquaracer looks excellent.

The IWC and Zenith are also classics.
Patrick

What a great collection and love the stories behind each

As the others have said, great collection and great stories. Thanks for sharing, Iain.

Excellent collection. I like the EP and Bremont best. Thanks for posting.
Richard
Top

A lovely set of watches there, but the EP is superb; the IWC is not too shabby either

A numerically small, but rich and fulfilling, collection; each with a meaningful story behind them. Even the persuasive enabling powers of the Forum.

Thanks for all the comments. Since the Tag I have made a conscious decision to save up for each watch rather than just expanding the collection quickly. While I accept that everyone is different and there is no harm in that approach, I am happy with how my collection has slowly grow to include some great watches.

Great collection. I always enjoy hearing the stories behind the watches.

As others have said, a great collection and some lovely stories behind your watches too.

I particularly like the EP, I have one myself, and your new Bremont.

Nicely diverse collection with some real beauties there

Thanks for all the comments, happy to share and pleased you appreciate them.