New comer from Hong Kong here and I'm a little thrilled to be joining this forum...mainly because just a couple weeks back I received my first ever Christopher Ward - a Grand Malvern 5-Day Chronometer with Power Reserve complication. Initial Impression? I'm happy with the watch overall.

A slight glitch with ordering, but EXCELLENT customer service

It took about a week for the watch to arrive after online ordering and I paid full retail. I know C.Ward are known to have sales on every now and then but I was a little bored with the state of my collection and thought a semi-dressy piece with a blue Sunray dial will pick things up for me. So I ordered the Blue dial version with the Camel colored Shell Cordovan strap.

A few days after that my watch arrived, box opened and surprise!! They sent the watch on a blue strap. 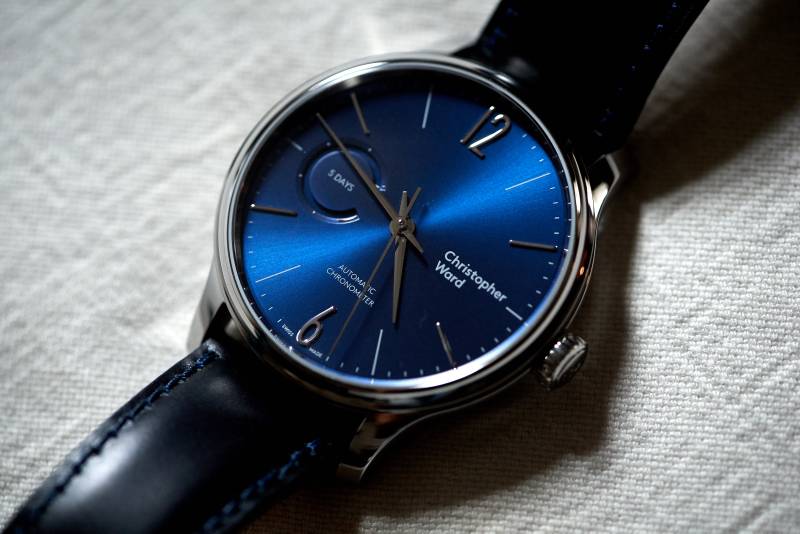 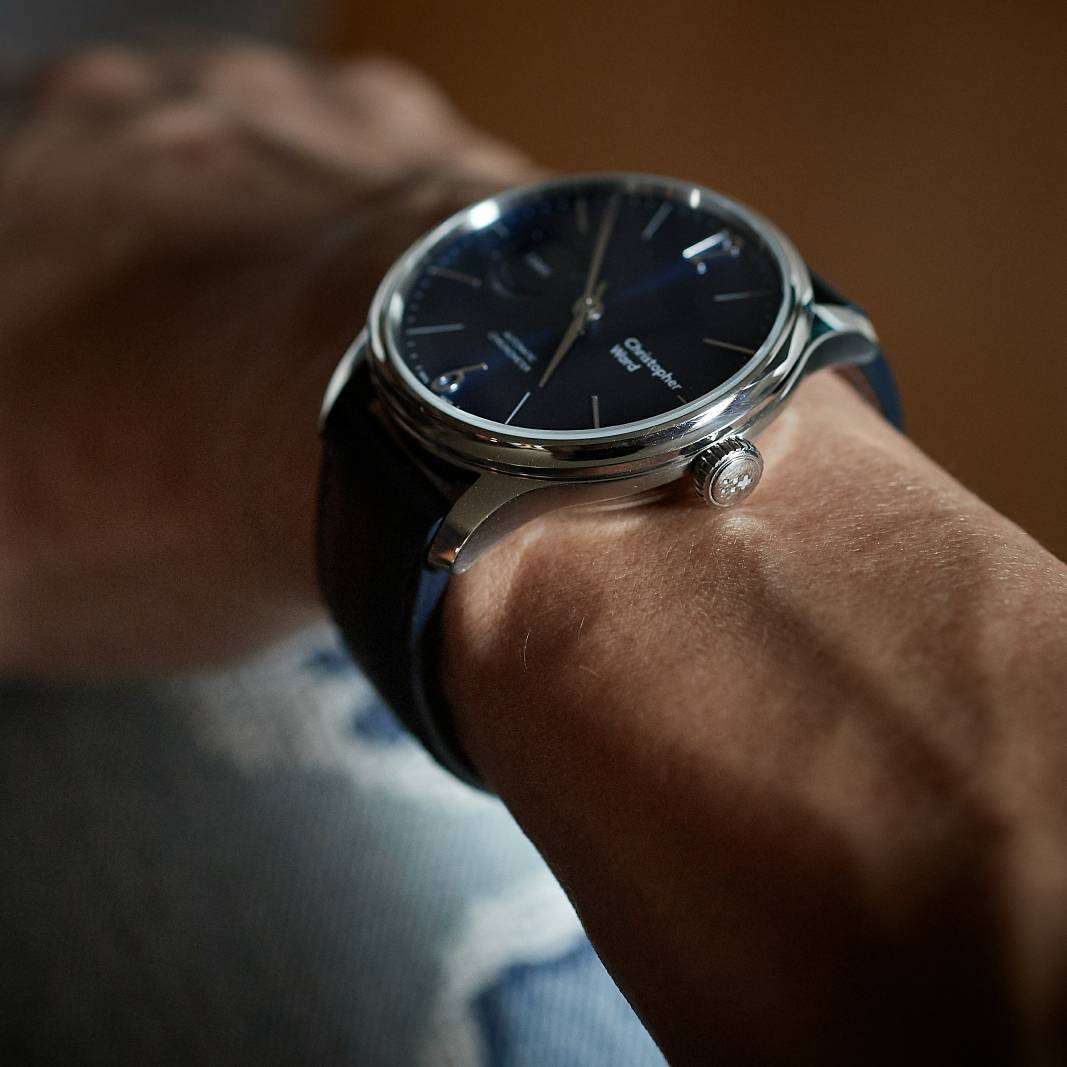 So of course an email was sent immediately and within a day customer service's Laura Brown got back to me, apologised and within 3 days my Camel colored Shell strap arrived in it's DHL package...talk about top notch customer service!!! This is NOT what I expected from a micro brand that operates on the other side of the globe and from what I read on the Steinxxxt forum I'd be lucky to have my email replied in that time frame. Take that Steinxxxt fanboys. 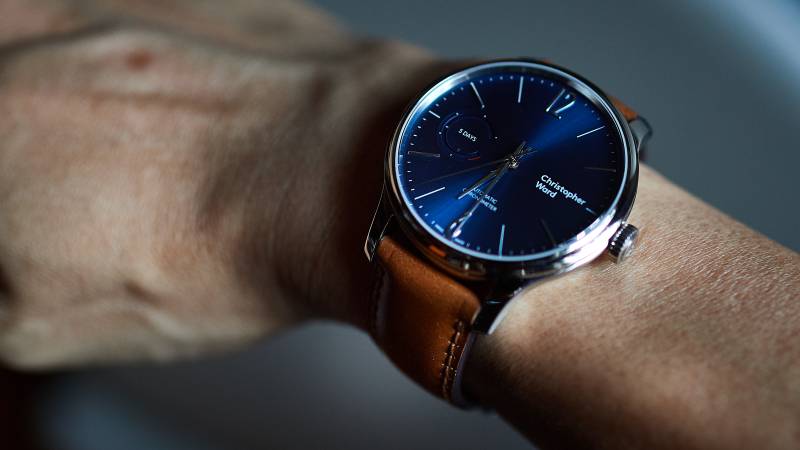 Package includes the standard user manual and what not and of course the COSC certificate. The only other COSC certificate I have in my possession belongs to my 20 years old Oris Pointer Date Chronometer. Examining it reveals that the watch should be running slightly fast around 3 seconds a day average which is what I'd prefer.

The blue sunray dial is quite brilliant, with applied indices that are nicely polished. The finishing on the hands leaves something to be desired...I'd probably expect something a little better on a watch that retails for almost USD2,000. Case is nicely polished, case side is brushed but again while it is finished nicely, it's not as refined as some other pieces that I have. But I guess comparing the C.Ward to the likes of Rolex and Grand Seiko is a little unfair...but is it? A Grand Seiko SBGX009 Quartz can be had for USD2,000 brand new. So at this price point it would seem the C.Ward has some TOUGH competition, at least in the finishing department. 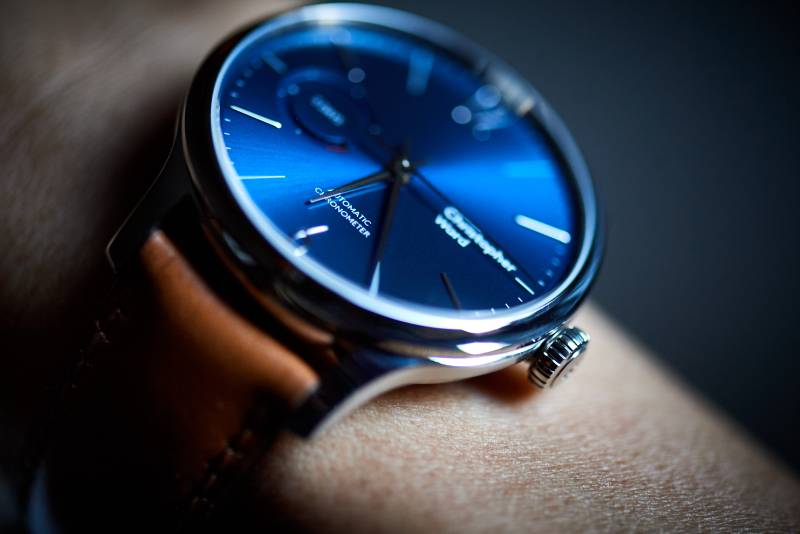 The movement is again decently finished and the twin main-spring, 120 hours power reserve is what drew me to this piece in the first place. But truth be told I like the plain finishing much more than the "twin-flag" thing they have going on the latest SH21 movements...the older style may seem spartan to some but is actually more tastefully done. Haven't had the chance to really test out the actual PR yet, but one thing that annoys me is the loud rotor and lo and behold, it has the same V7750 wobble that some of us watch lovers have come to love and hate. Since there was no mention anywhere on the C.Ward website regarding the autowind mechanism, based on the simple fact that the movement exhibit this behaviour tells me that this autowinder winds in one direction only. That said, on the few days that I was wearing it the autowind is efficient enough to advance the PR indicator one full day after wearing it for about 6 hours or so (I wasn't exactly timing it), not bad. But on a non-sports watch piece the noisy rotor is definitely a negative. 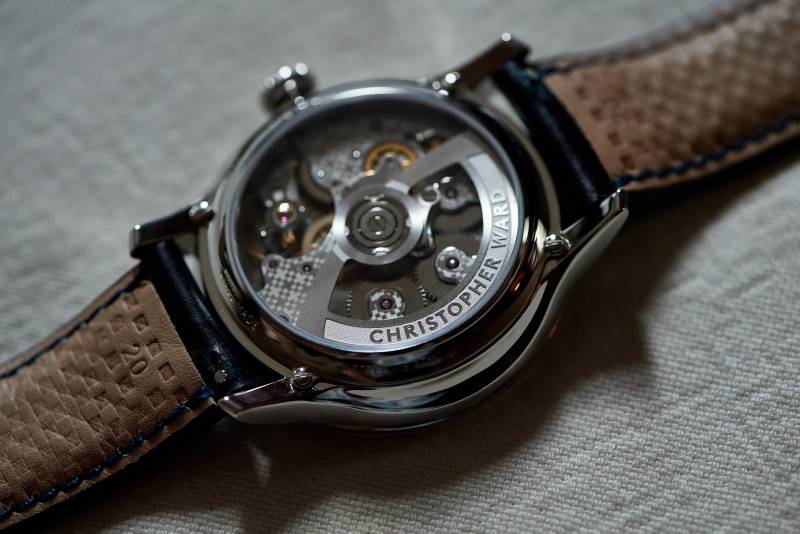 Let's put it this way, it may have got the COSC cert for it but when it arrived it DEFINITELY was not running within COSC spec. Now I'm not sure if the watch got tossed around en route or that the watch came out of the factory non-regulated after the movements went thru COSC...either way the watch was running slow, by almost 7 seconds a day. So I took the liberty to regulate it myself (makes little sense to send the watch all the way back if you know what you're doing), since it has a regulator a.k.a. ETA 2824 it is not rocket science to figure out which way to turn to make it tick a little faster. 4 days had gone by and right now, as of this moment, it has settled down to gaining less than 0.5 seconds a day. I'll keep an eye on it and report back how it's doing, but I have faith that the movement is actually capable of keeping excellent time.

What can I say, C.Ward has some pretty tough competition!! I mean, Once you reach USD2,000 price range you simply have A LOT of fierce competition, e.g. a Tudor Heritage Ranger can be had for that amount brand new online. And to be honest the case finishing on my Ranger is leaps and bounds better than what the C1 Grand Malvern is offering here. Do I think it's worth it? Well, compared to other makes with 5-day or more PR it would be a very reasonably priced piece. But to the average Joe who doesn't care how many days a movement would run un-worn it's probably a little steep. Personally, I think the SH21 makes more sense as a manual wind....but that's probably just me.

Cheers! Hope you enjoyed reading it!

Welcome to the forum. Very interesting and honest review. Thanks.
Richard
Top

Thanks man...and I actually have another one on order for my daughter...a L.E. C50 Malvern Chronometer MK II. Maybe I'll write another one if time allows.

That's a good, honest review. Interesting to hear about the noisy rotor. I wonder if others have that problem. It's not an issue on my C9 Small Seconds SH21, as that is handwound.

Thank you for posting that. A really interesting review!

An interesting review - thanks for posting!

welshlad wrote:That's a good, honest review. Interesting to hear about the noisy rotor. I wonder if others have that problem. It's not an issue on my C9 Small Seconds SH21, as that is handwound.

How do you find the legibility of the silver hands against the blue dial?

Legibility is excellent in any lighting/angle. And no the noisy rotor wouldn't be a problem on a manual wind.

Finished fine-tuning the daily rate, for the past couple days the watch gained less than 1.5 sec do I'm pretty happy with it.

I'm keeping it in my watch box in the coming few days and let the main springs fun down and see if I'll notice any isochronism issues...it would be interesting to know I think, given the watch's healthy power reserve.

A quick update: after regulation the watch is performing quite satisfactorily...started with full power reserve, ran it for 3 days dial up in my watch box and it's been gaining less than 1 sec a day. Started wearing it today and thus far I'm VERY happy with accuracy. 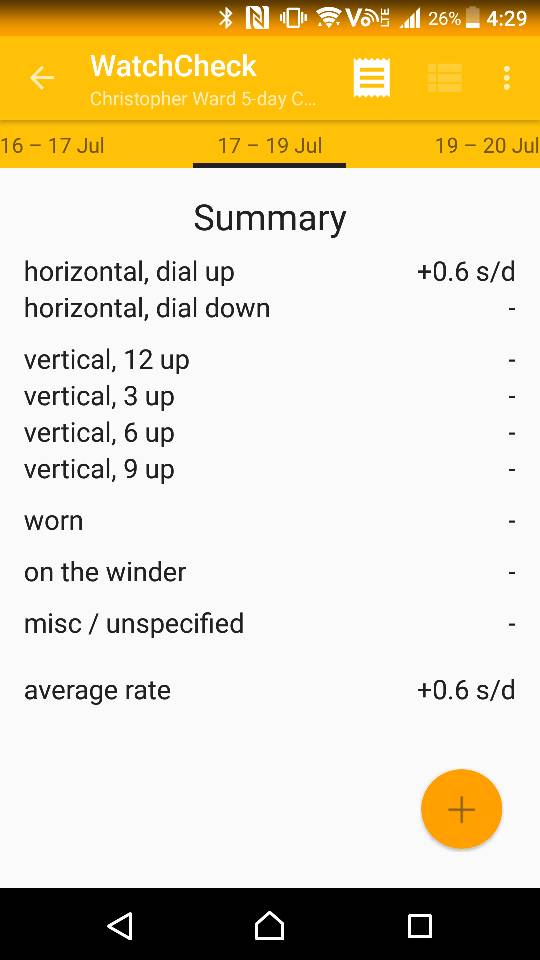 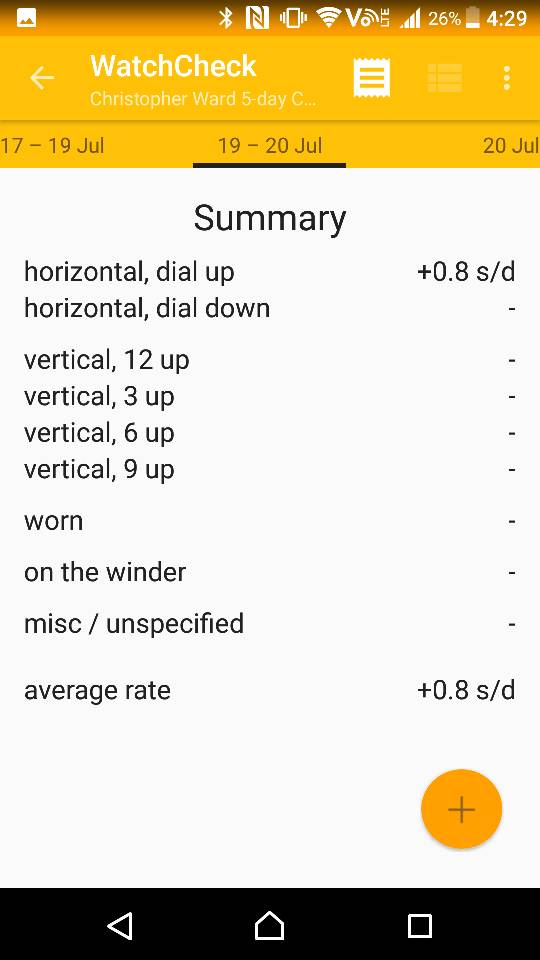 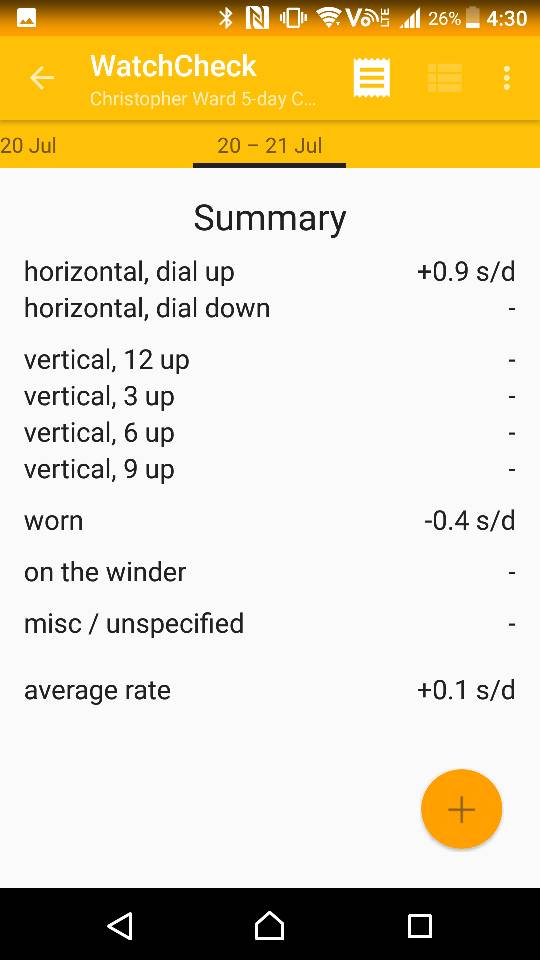 All in all I'm very happy with my purchase, and hope anyone reading this find the information useful.

An excellent review, thank you for posting it.
Your photos are fantastic quality also, really shows off how nice the blue dial is.
Ferg

Did you return the watch to CW for regulation or just have it done locally/do it yourself?
WatchChat on Facebook - The friendliest watch group on Facebook chatting about our watch passion and whatever else happens to come up.
Top

So I took the liberty to regulate it myself (makes little sense to send the watch all the way back if you know what you're doing), since it has a regulator a.k.a. ETA 2824 it is not rocket science to figure out which way to turn to make it tick a little faster.

He did it himself and successfully it would seem. However, he has also voided his warranty in the process.
Kip

So I took the liberty to regulate it myself (makes little sense to send the watch all the way back if you know what you're doing), since it has a regulator a.k.a. ETA 2824 it is not rocket science to figure out which way to turn to make it tick a little faster.

He did it himself and successfully it would seem. However, he has also voided his warranty in the process.

Yes, indeed I did and yes I may have voided the warranty in the process.

But as the watch arrived quite a bit off in terms of time keeping (timed it at over +6 spd) I didn't want to just wear it, and it makes no sense to send it back in the original packing, which has little protection against jolts from transit.

If I had, they probably would regulate it for free but it could be off again when they send it back.

And given the excellent time keeping I'm getting now, I'd say that little time I spent working on it is definitely worth it. 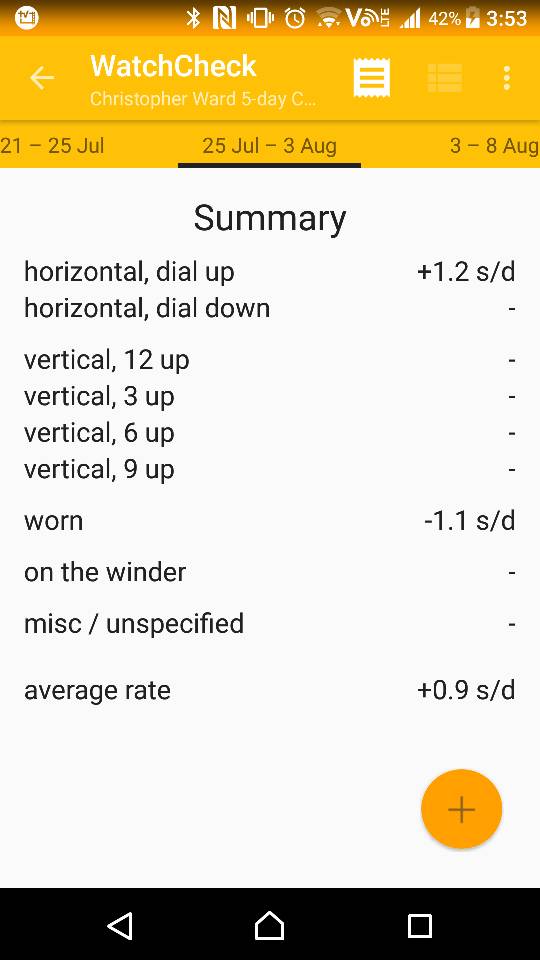 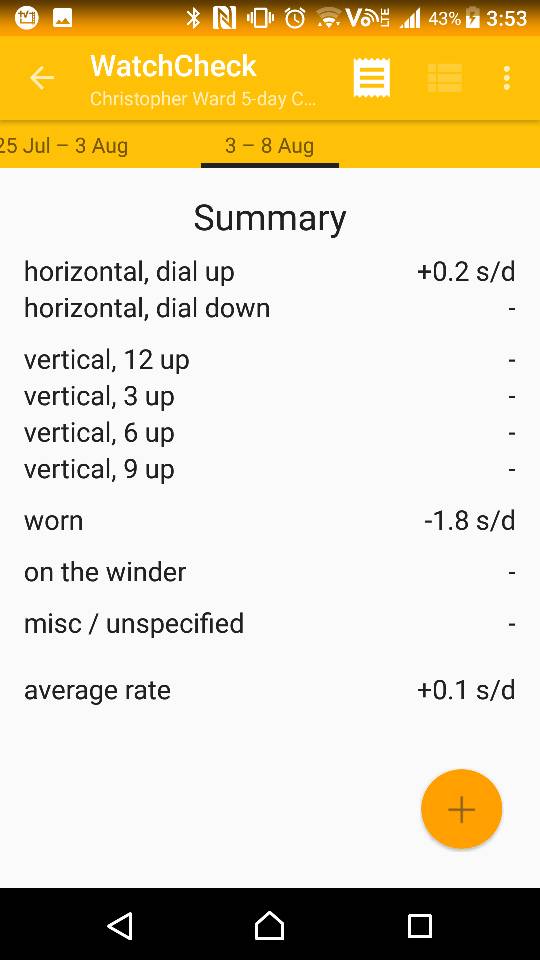 Return to “Reviews and Articles”