A place to discuss other watch-brands
Post Reply
18 posts

Well not necessarily. Rather a selection from seven “British” brands.

I just did a quick count and it seems that I have acquired watches from seven British brands - depending of course on how you decide to define a British brand......

Mine are a selection covering brands ranging from the one founded by three men on a boat, through to a brand originally founded in London and was clearly a British brand at that stage.

Christopher Ward:
Needs no introduction. From those that I have, I have picked the C20 Lido. My first CW and a million miles away from the current CW design language. 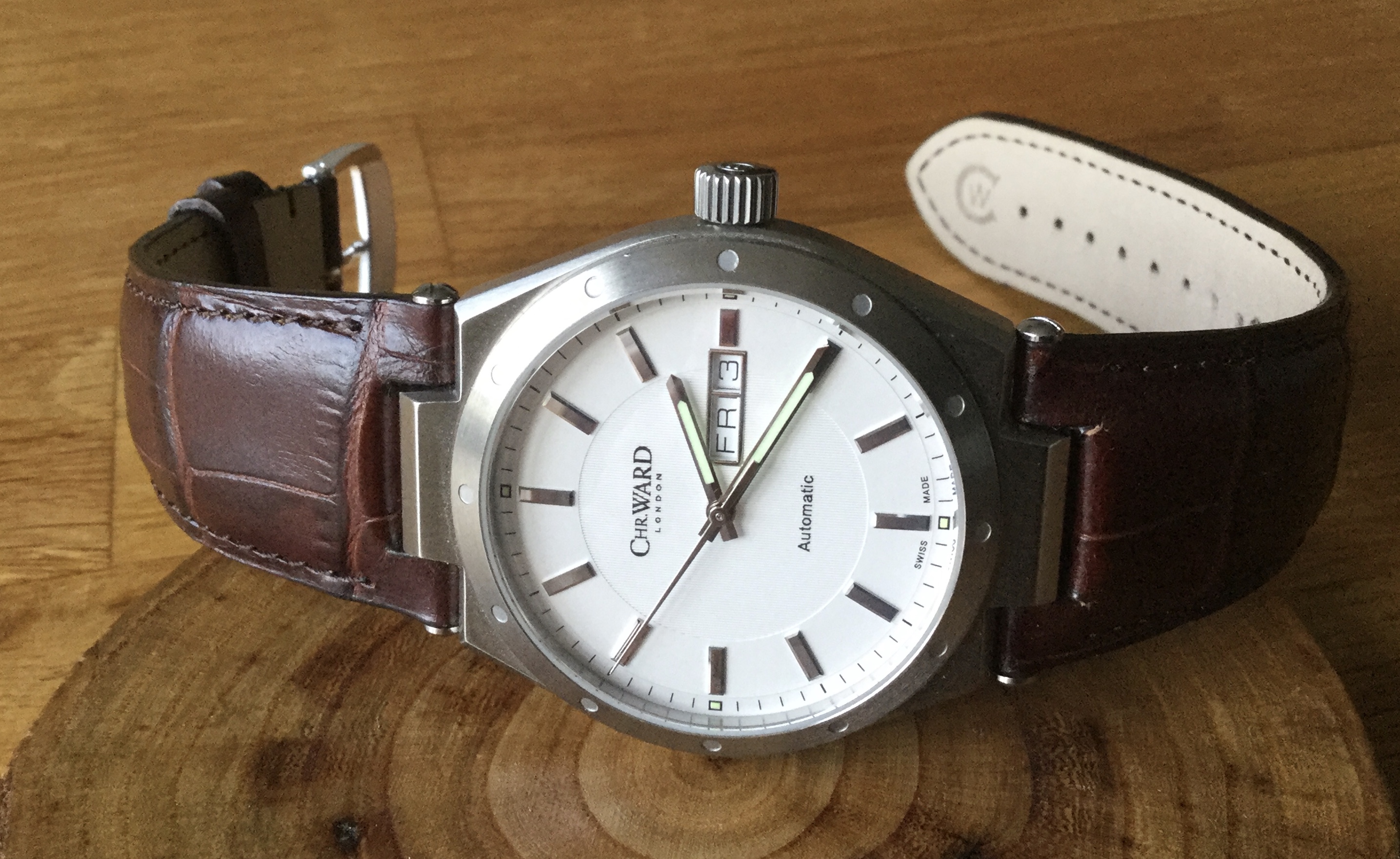 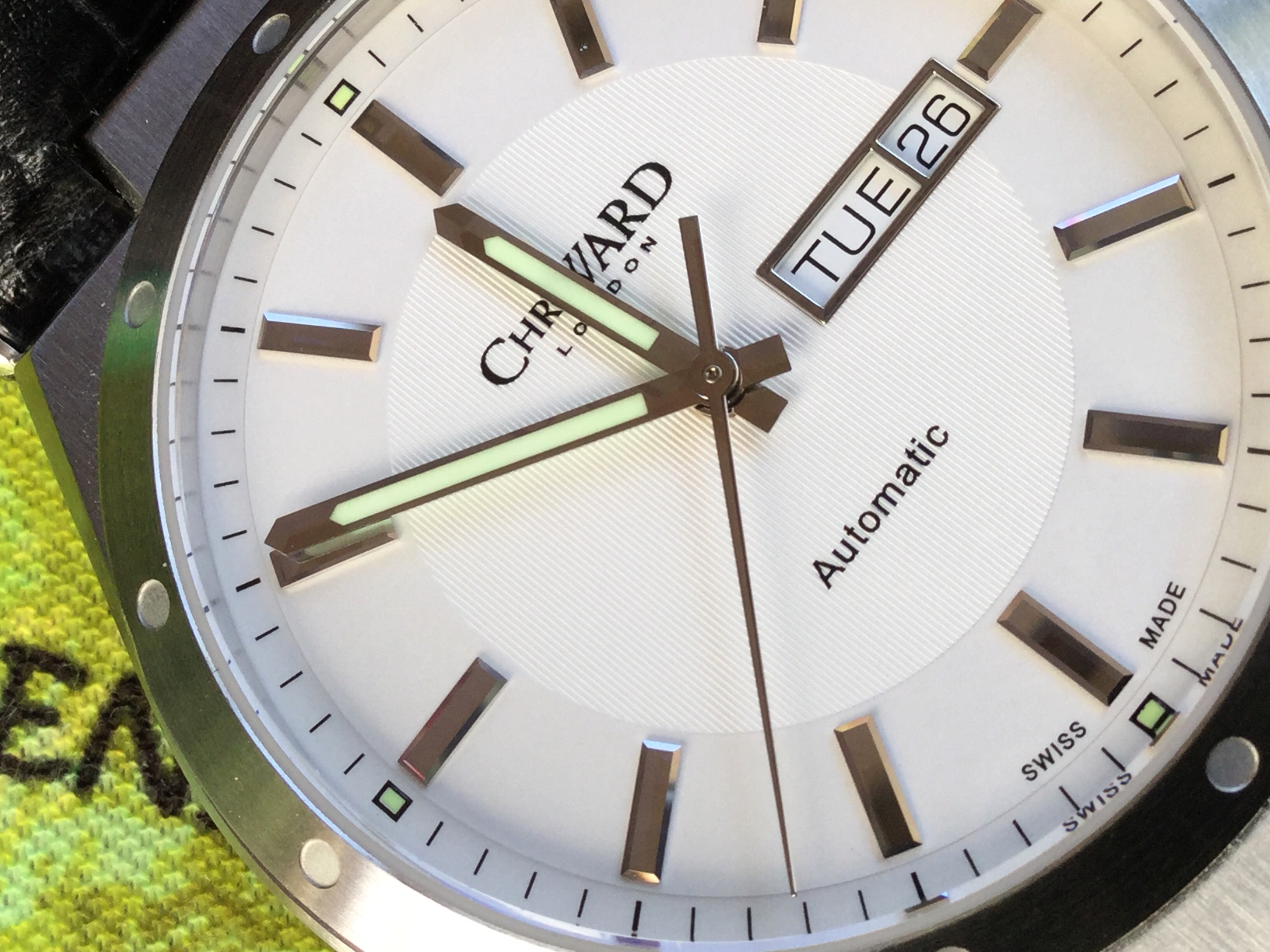 CWC:
Well known for making watches for the military. I bought this one after it had been owned by a couple of forumites. 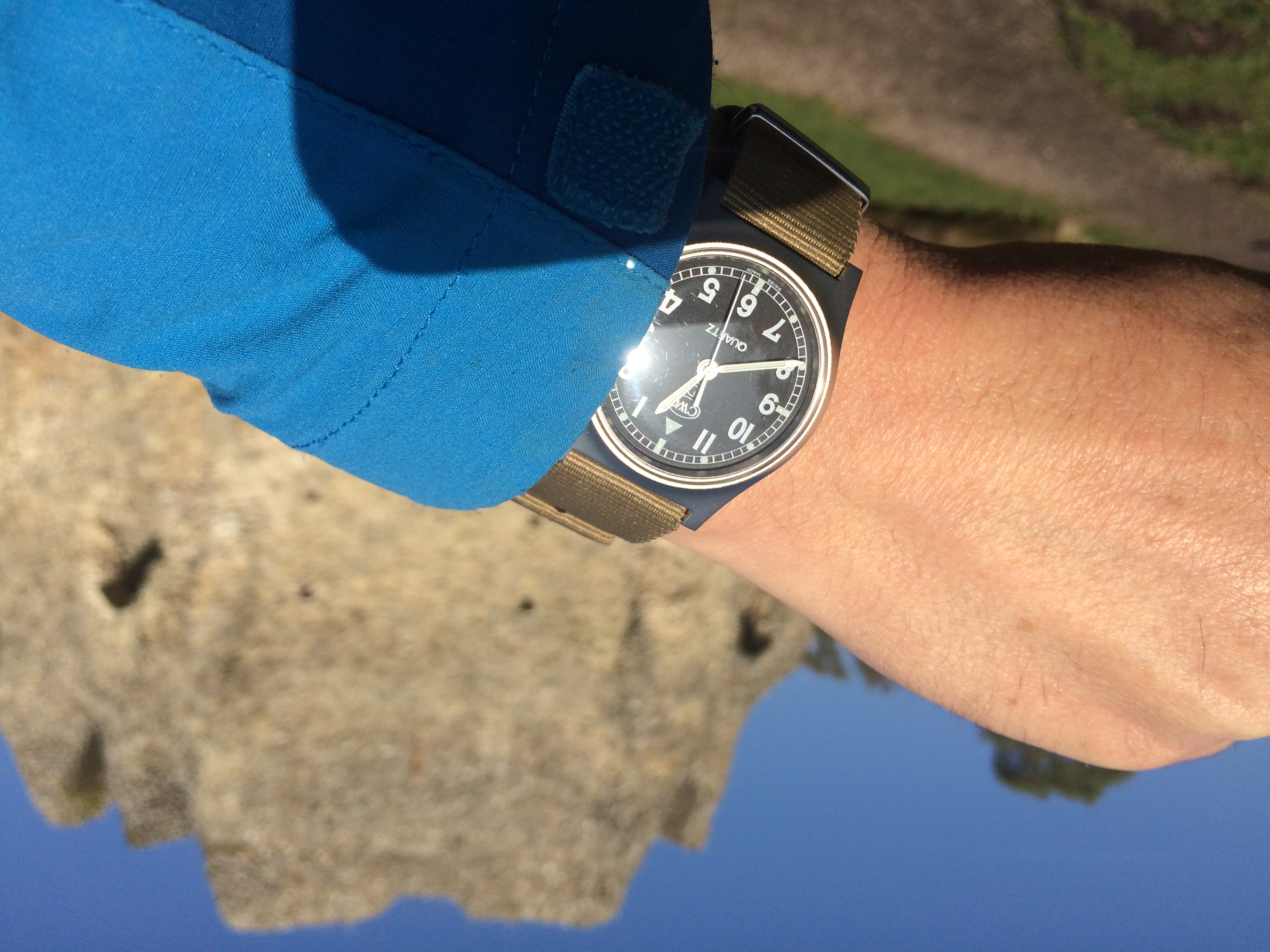 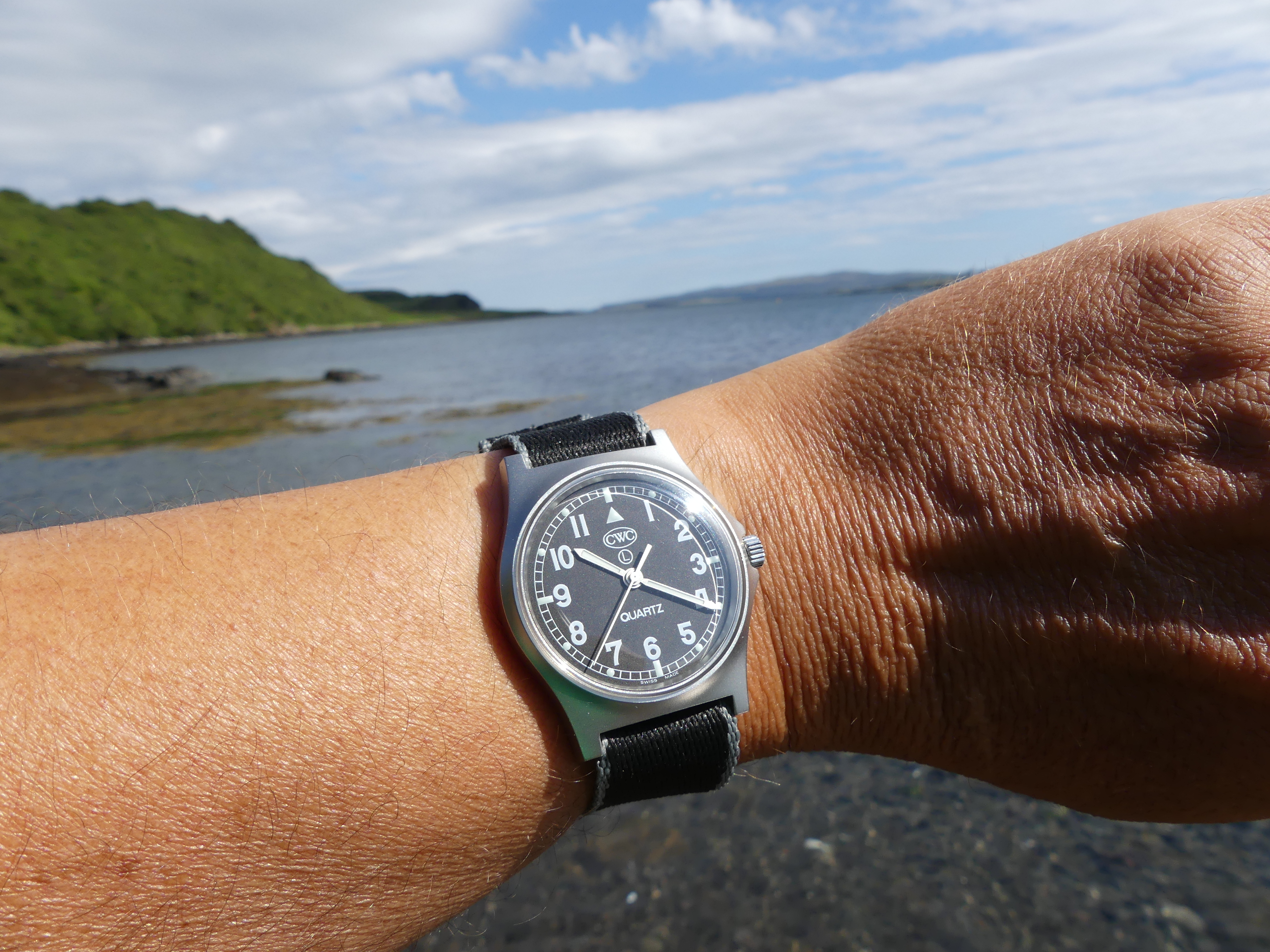 Animal:
I tend to associate this brand with surfing and the West Country. Saw it on SC at a time when I was about to go on holiday to Cornwall. Using typical WIS logic to justify a purchase I decided I needed such a watch for walking along Cornish beaches. 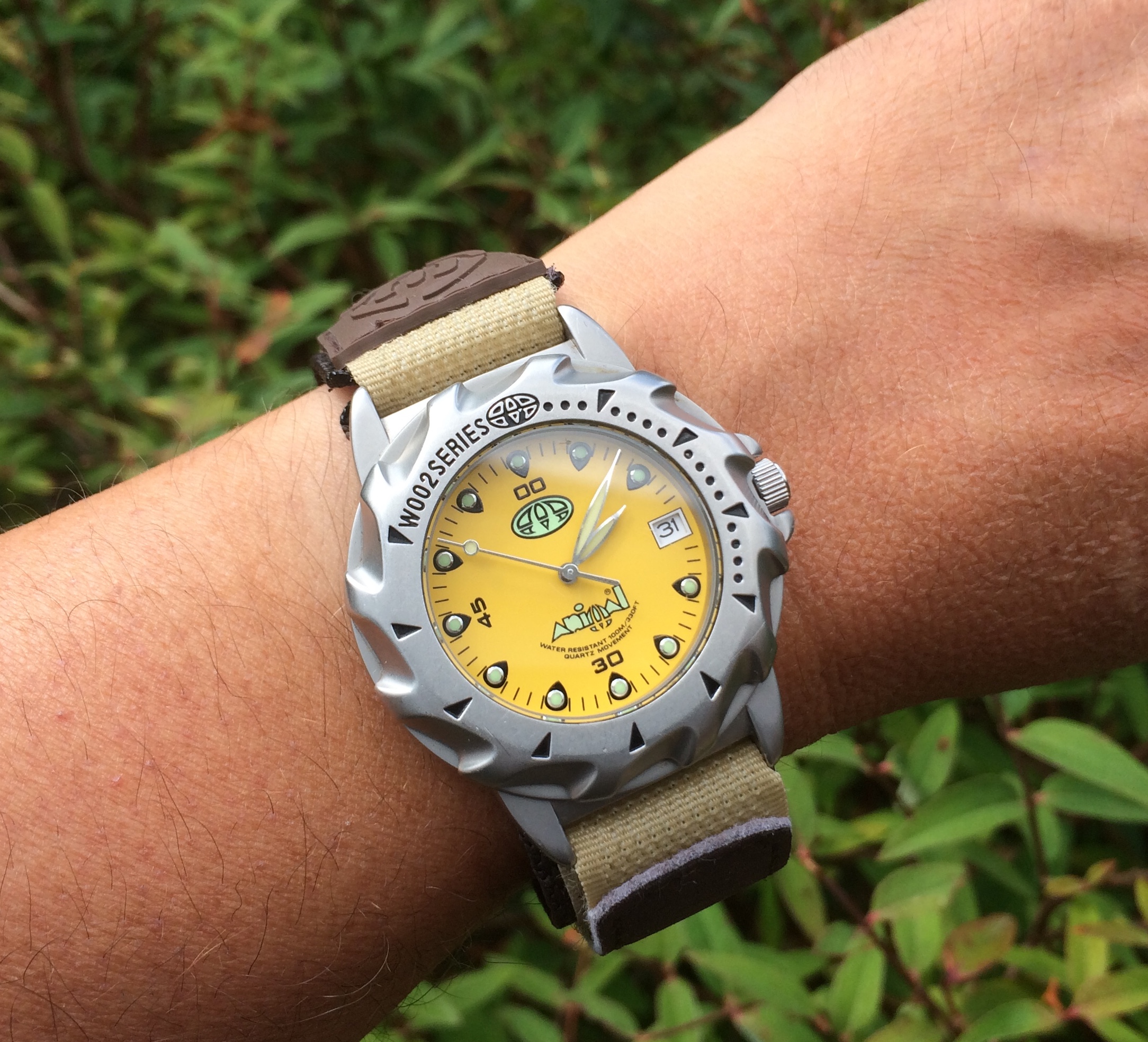 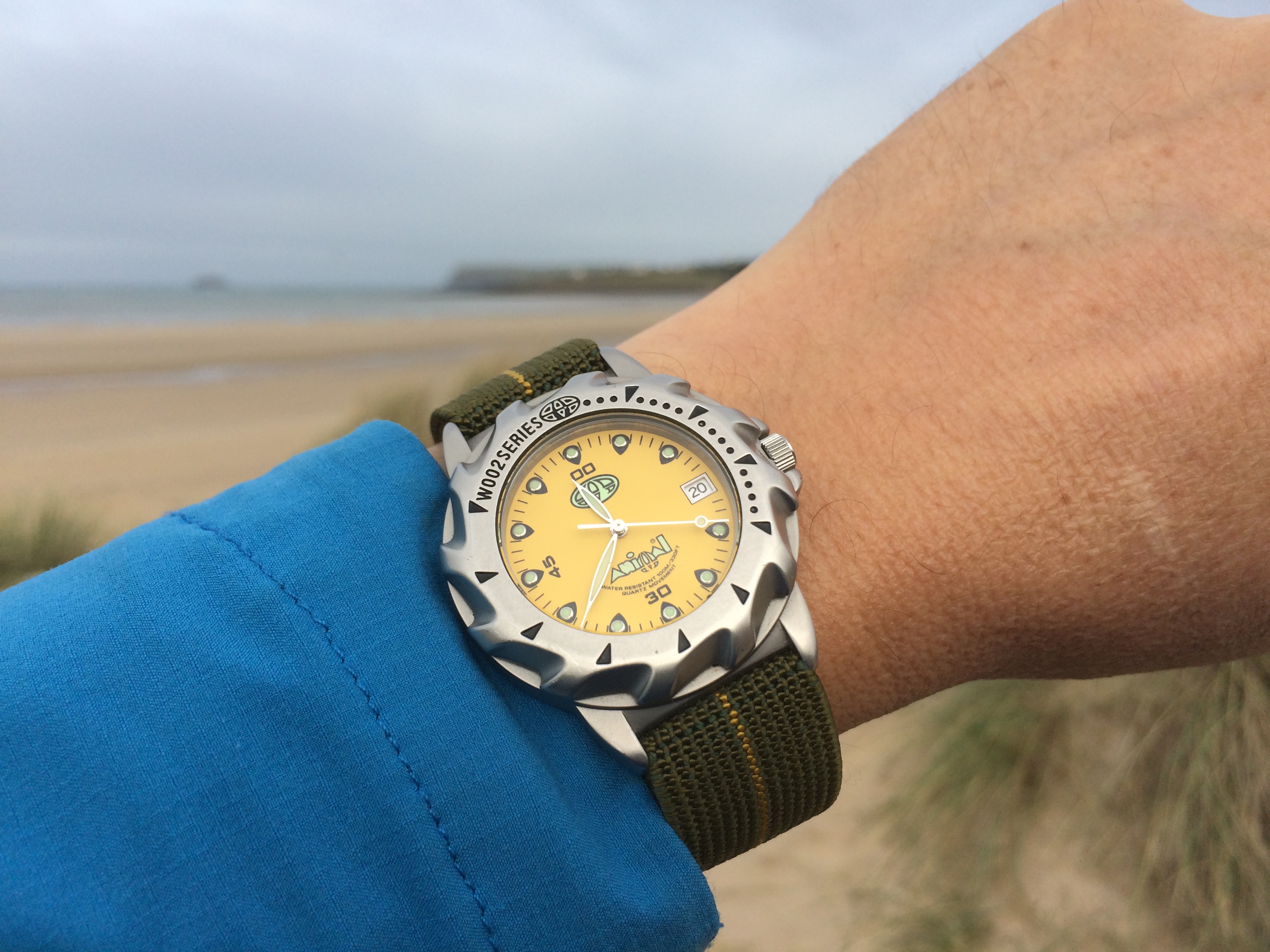 Smiths:
A longstanding and famous British brand. A brand that the evidence suggests was first to the top of Everest. Resurrected by Timefactors. 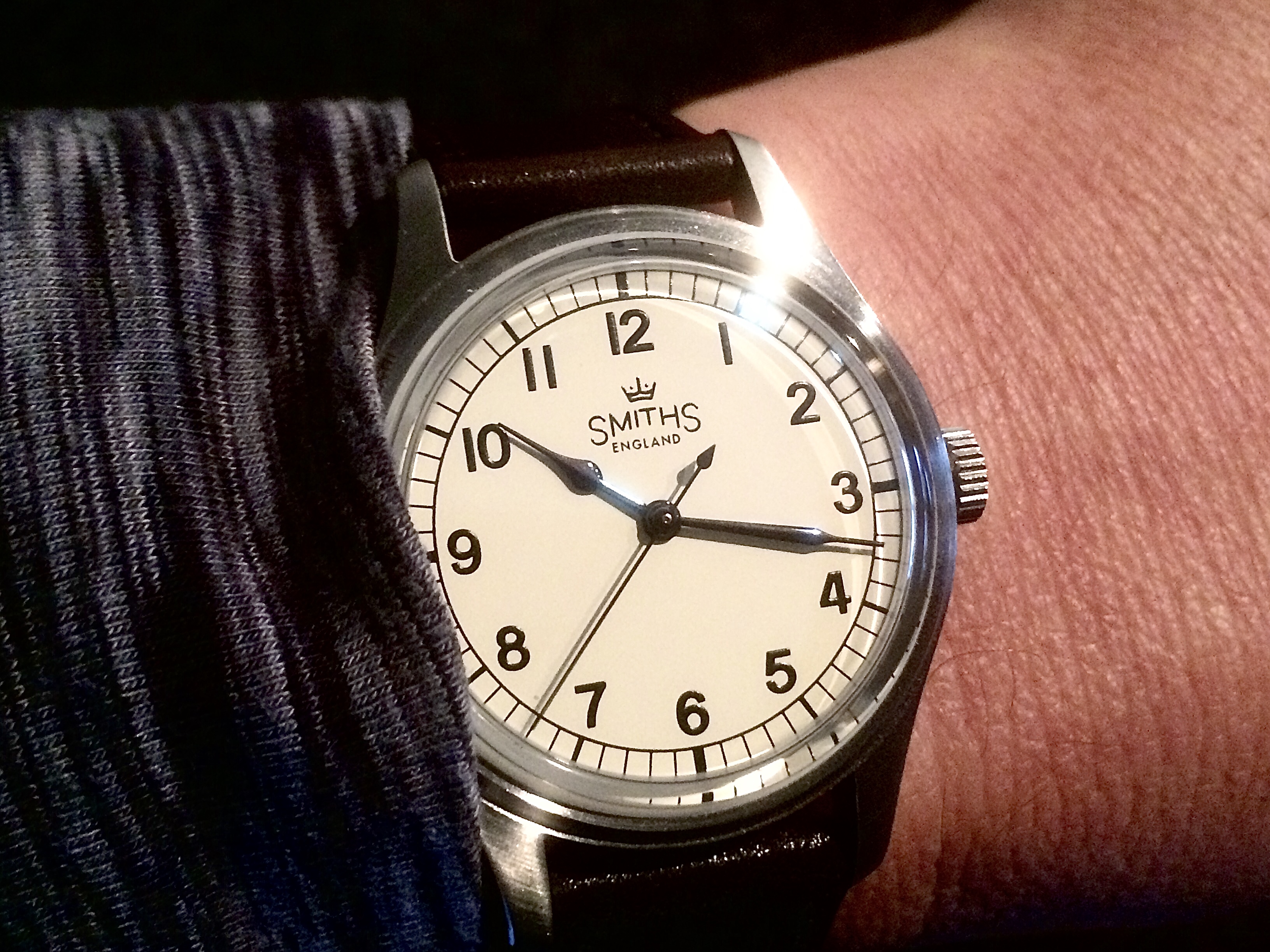 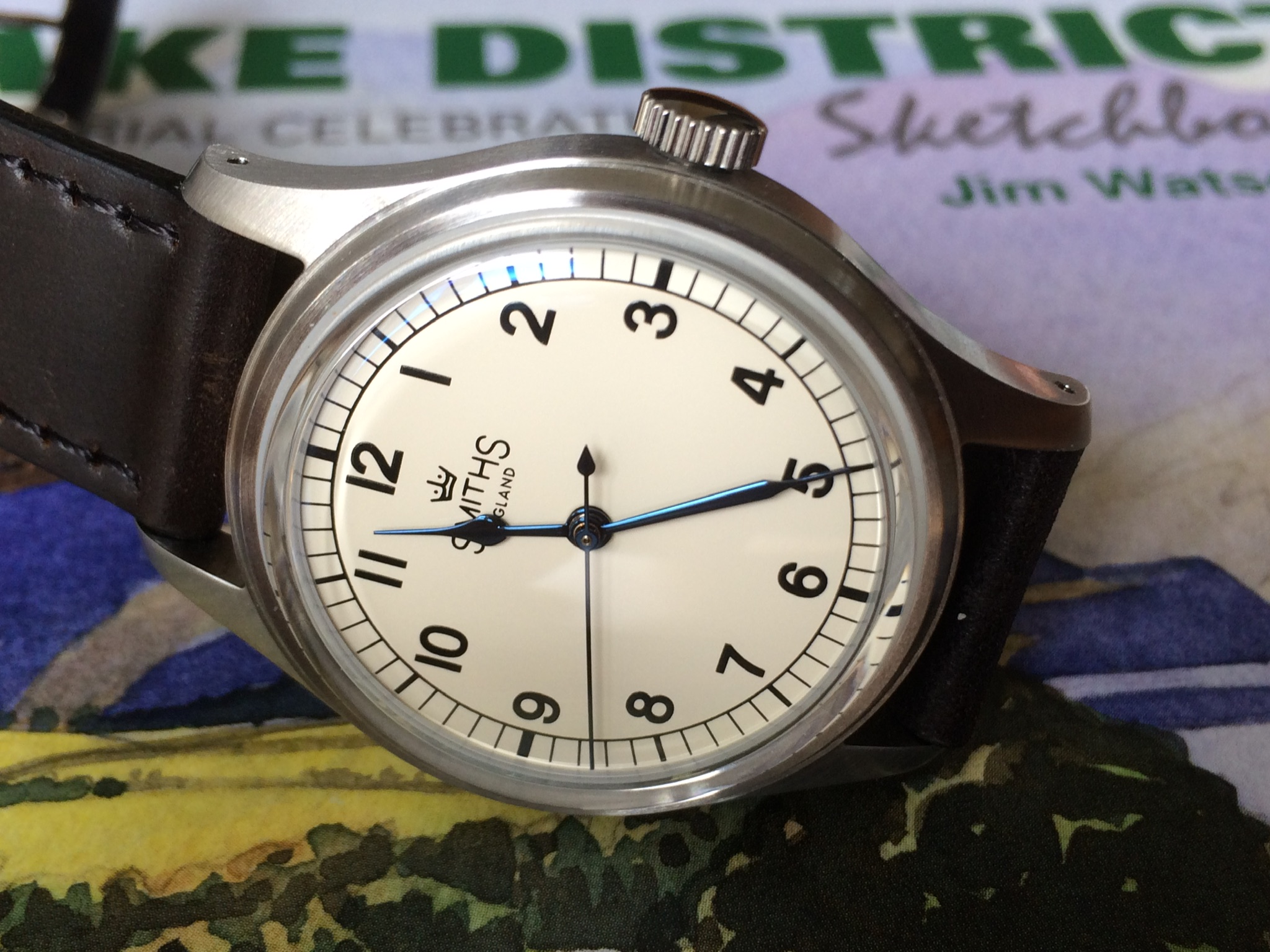 Pinion:
Founded by Piers Berry in 2013, who if I recall correctly used to run the Bremont forum. Excellent no nonsense watches made in small quantities for each model. 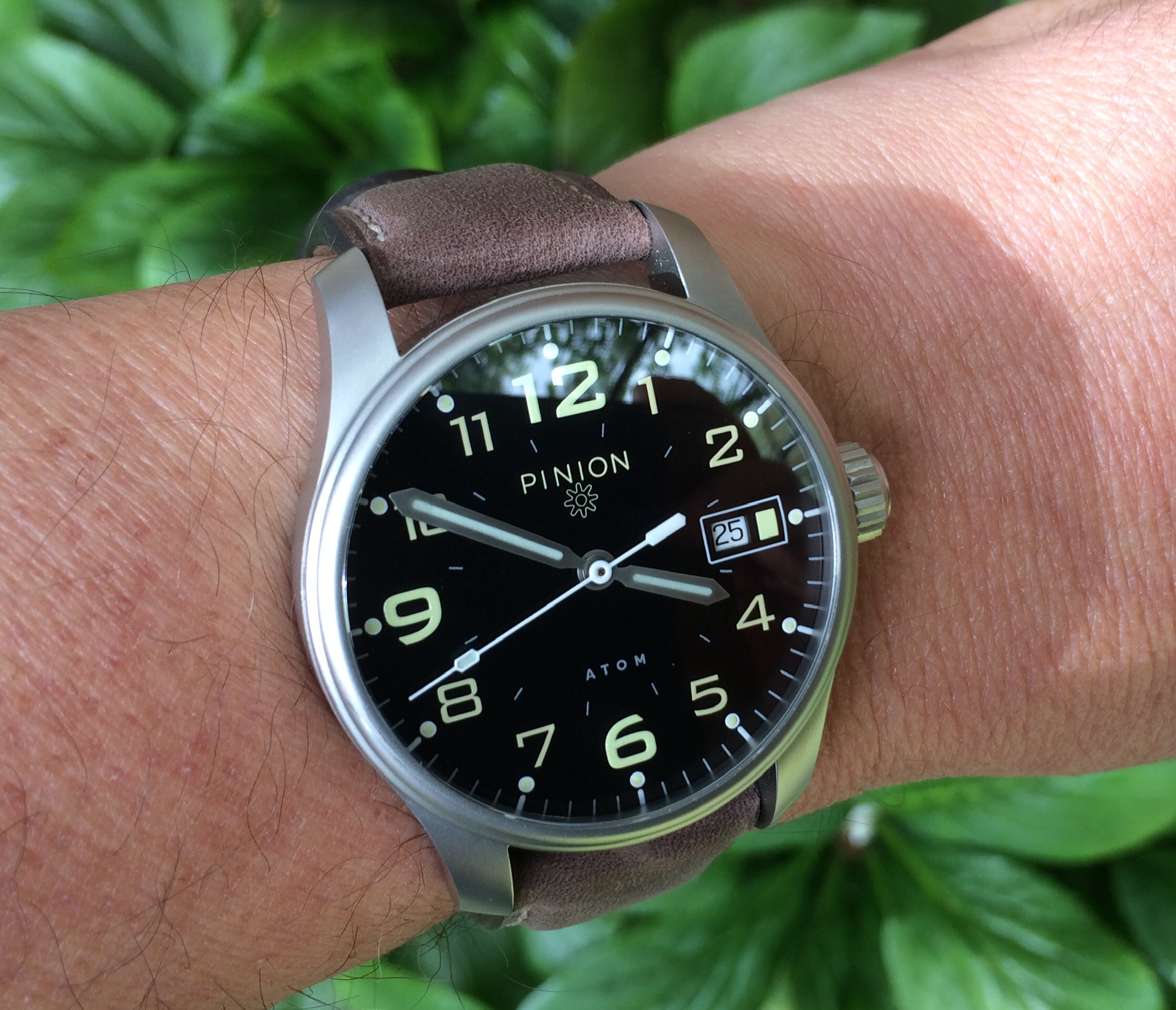 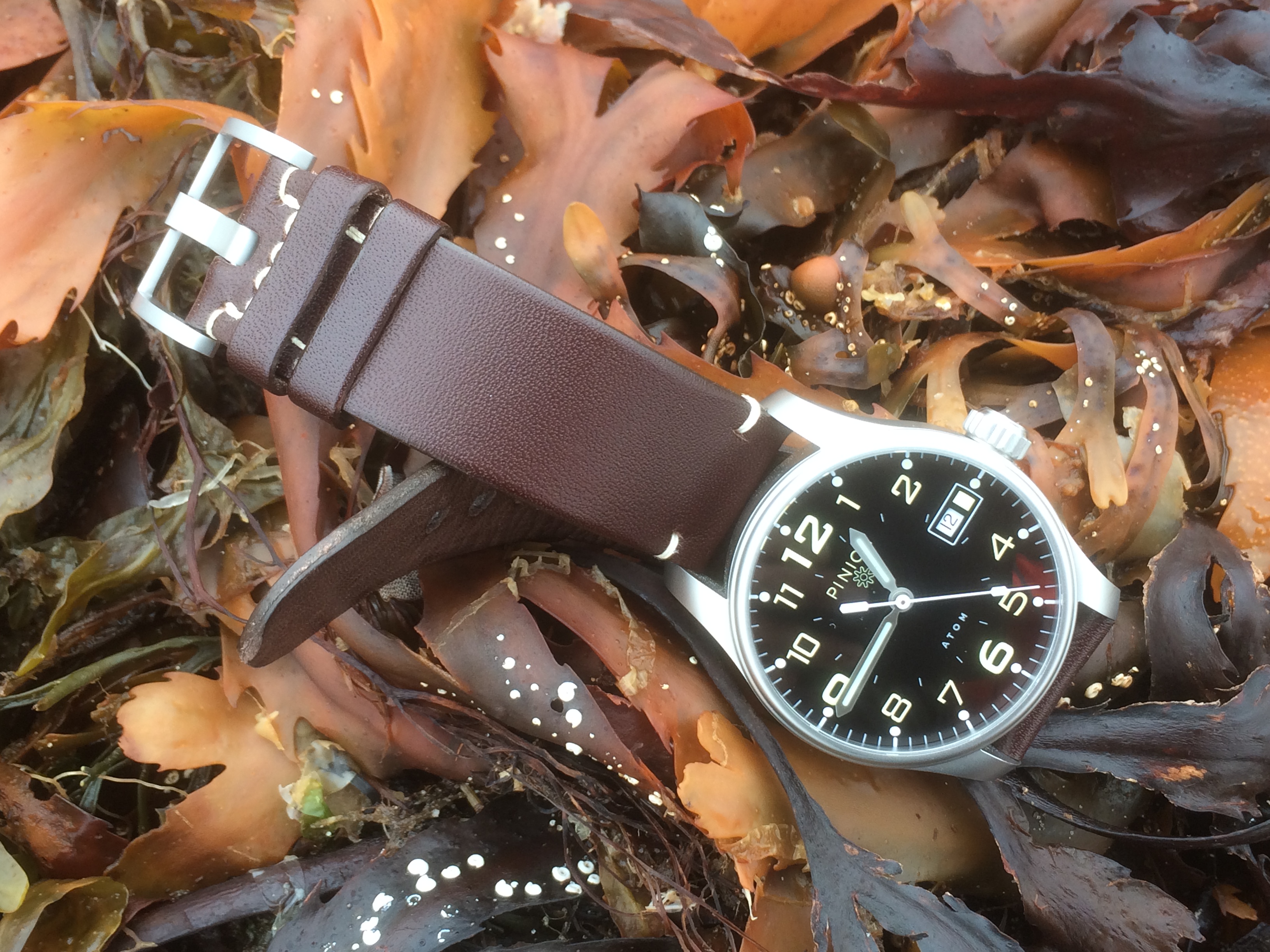 Newmark:
A famous brand that is now owned by Ewan Wilson, who since 2018 has painstakingly recreated watches from Newmark’s past. Quality well above price point. 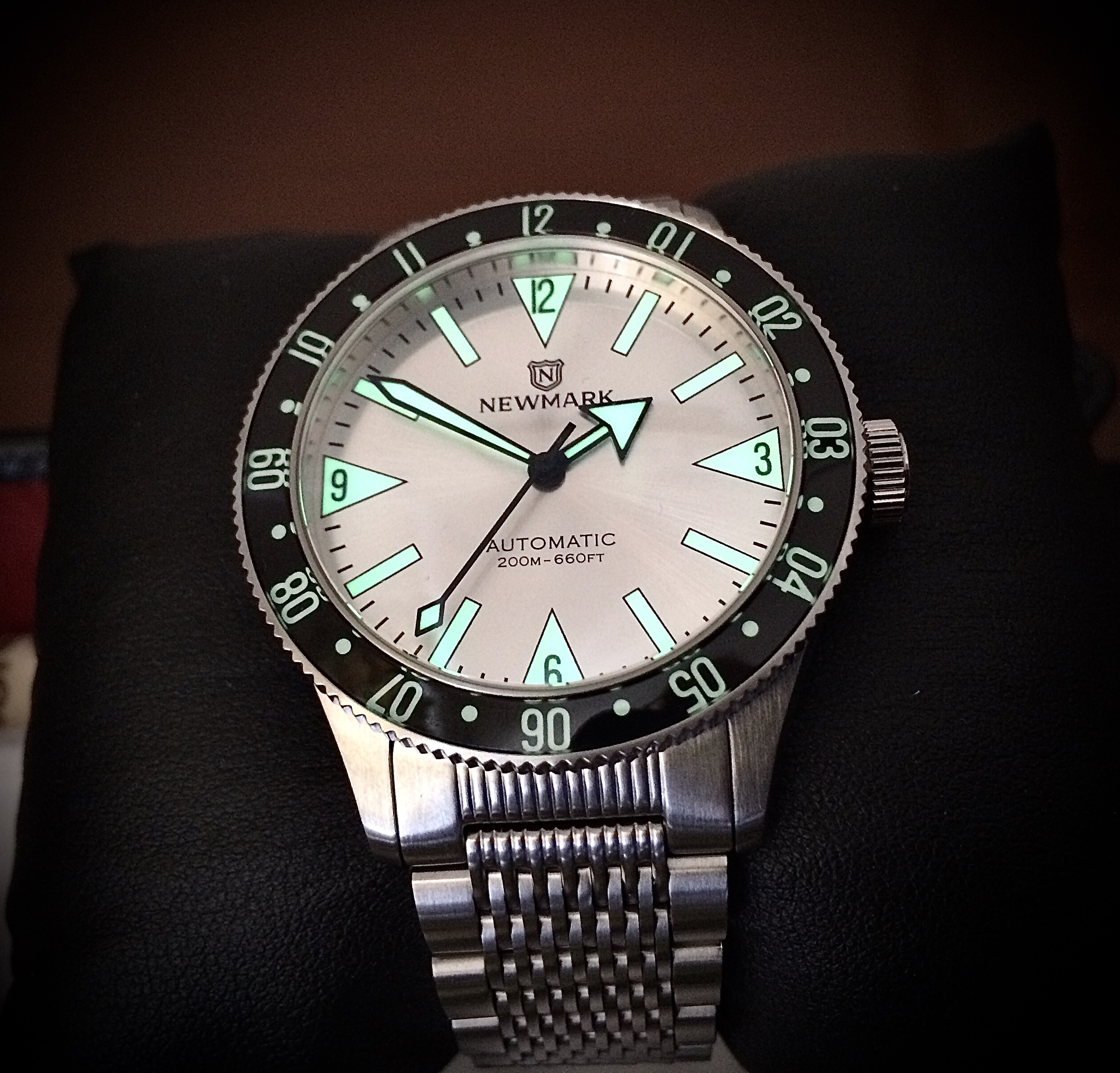 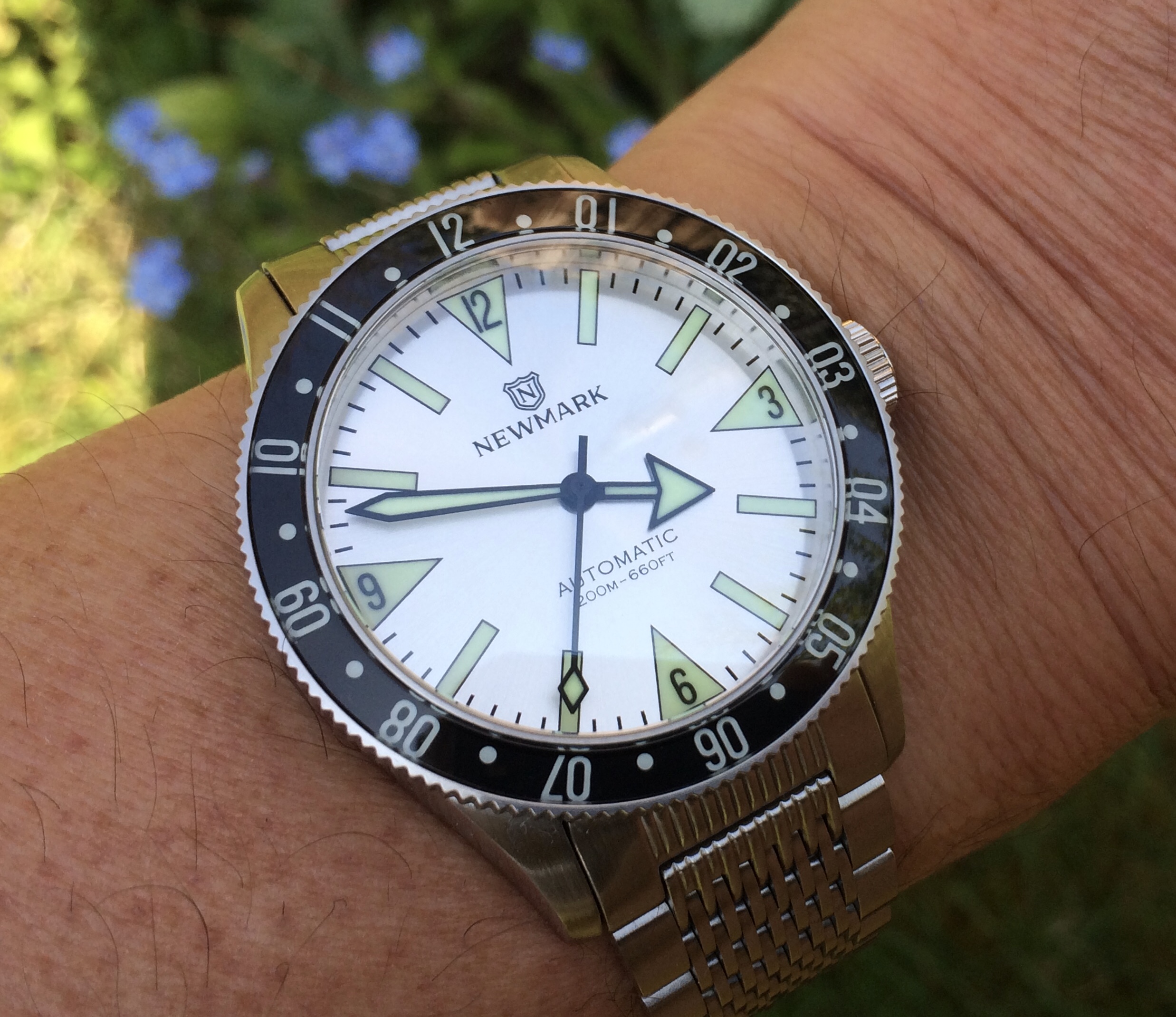 Rolex:
Well on the basis that the company was founded by Hans Wildorf and Alfred Davis in London in 1905, I think it’s fair game to include them in my definition of “British” (at least at the outset 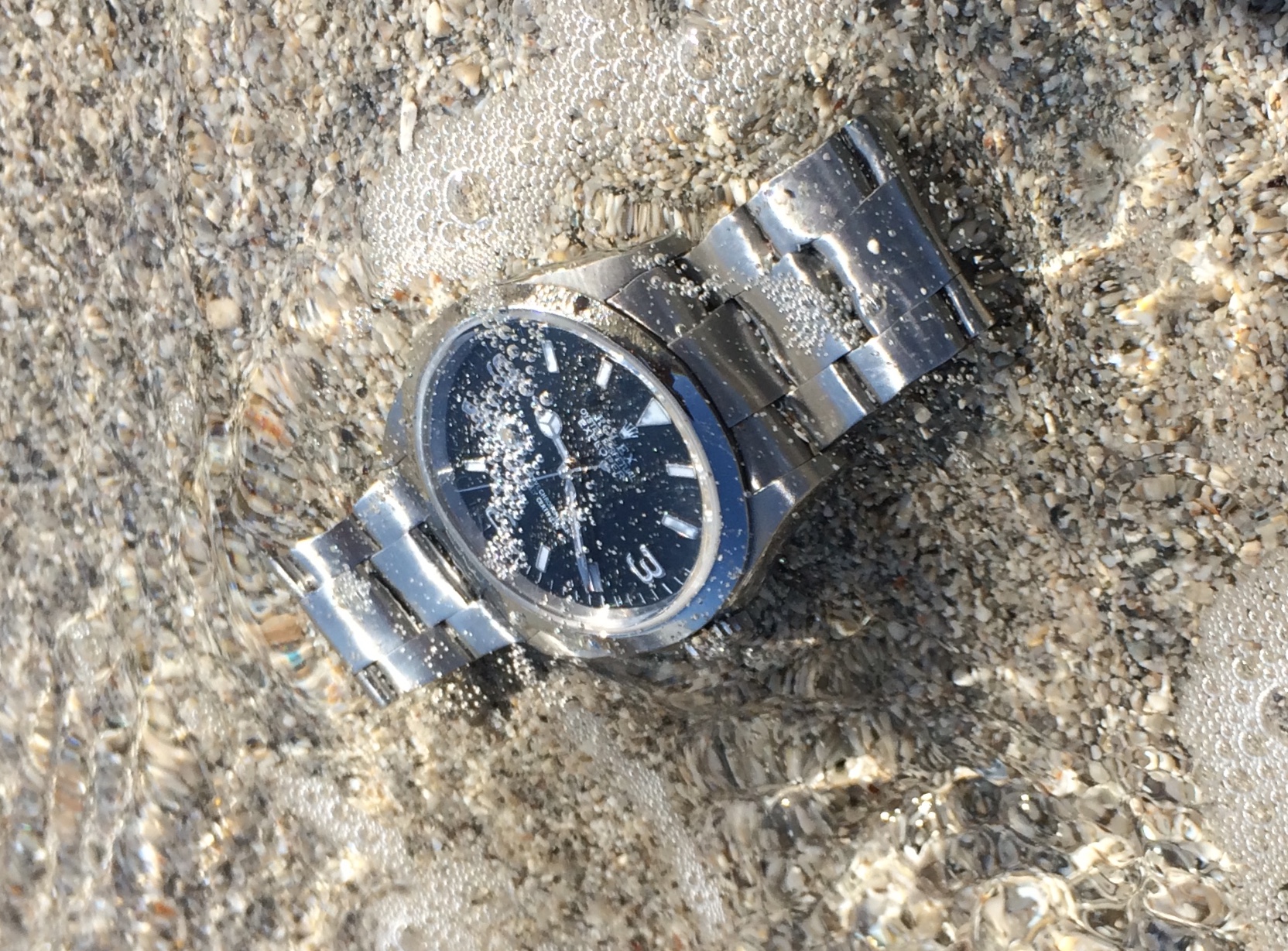 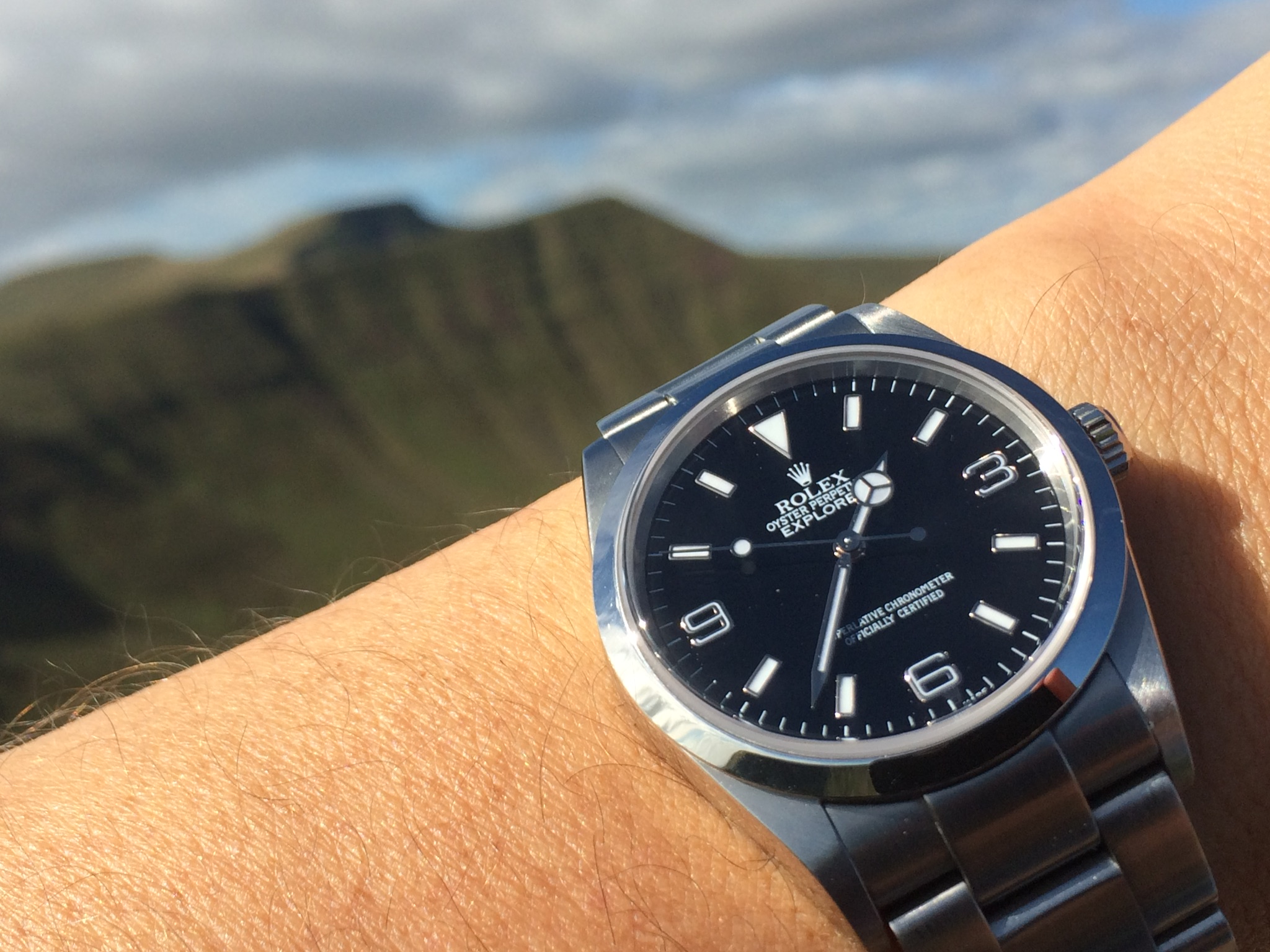 There are of course many other British watch brands out there. At some stage I may get around to selling a few CWs and buying a Bremont. I will keep an eye out for any that appear with a 50% reduction in AD sales over the next few months.

Good topic to start a thread on Neil.

Aside of CW and Rolex, I think your Pinion is my favourite.

My "British" watches amount to, I'm sure, only my Rolex and various CW's. If I were to acquire another British watch, I'd be tempted to go for a Scottish brand, An Ordain, possibly. I've tried a couple of Bremont watches on in the past, but I'm not totally convinced I'd buy one, nice as they are.
Patrick

Great collection. I have a nice geckota pilots watch from Watch Gecko.https://www.geckota.com/geckota-k-01-ty ... lots-watch

Another upcomming British brand is southampton based Hamtunhttps://hamtun.co/
Top

I have to say if the C20 Lido had a conventional lug/strap set up I would have one in my collection in a heartbeat!! That looks every bit as sharp as an Omega Aqua Terra IMO

The Newmark was a nice surprise. May I ask the model of that one?
Small collection of timepieces that I enjoy
Top

^^^^^ Patrick, I thought I would put the thread together, as I was “staying at home” today.

Thanks Lance. The model is the Newmark 71. The recreation of a watch from the Newmark back catalogue.
https://newmarkwatchcompany.com/

Of course your Animal is familiar to me and the concept of a Pinion is, in the long term, of interest to me (was hoping to see them at the Watch it! Watch Fair at the end of June, but that is currently looking unlikely).

What your post did was make me do a count up of 'British' watch brands within my own collection and it seems we have a similar number.

I have the obligatory CW or three or so, several of which are important to me but perhaps the most significant is my C60 Trident Chronograph Prototype; of which only one version exists, the one I own. 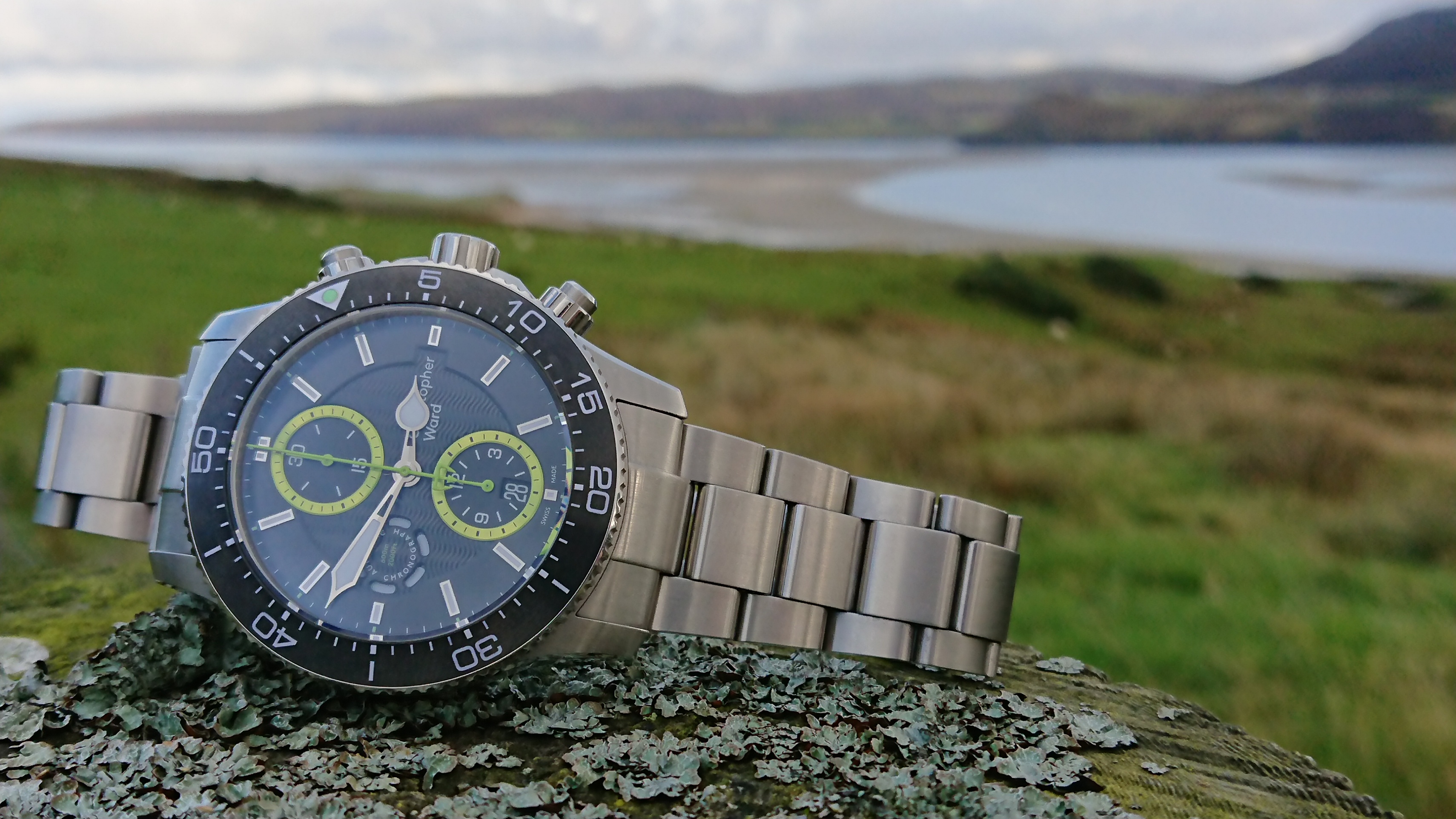 Rivalling CW for my affections is Elliot Brown, based in Poole. Set up by Ian Elliot (formally of Animal) and Alex Brown their watches are aimed at the outdoors / adventure / Military market. The first one I bought was a Canford with cream dial and internal bezel which, back in 2015 I had modified by Elliot Brown with a Marine Blue bezel instead. Full story is here

I've not owned it since 2015, having sold it to another forum member, subsequently buying it back from him a bit over a year ago. 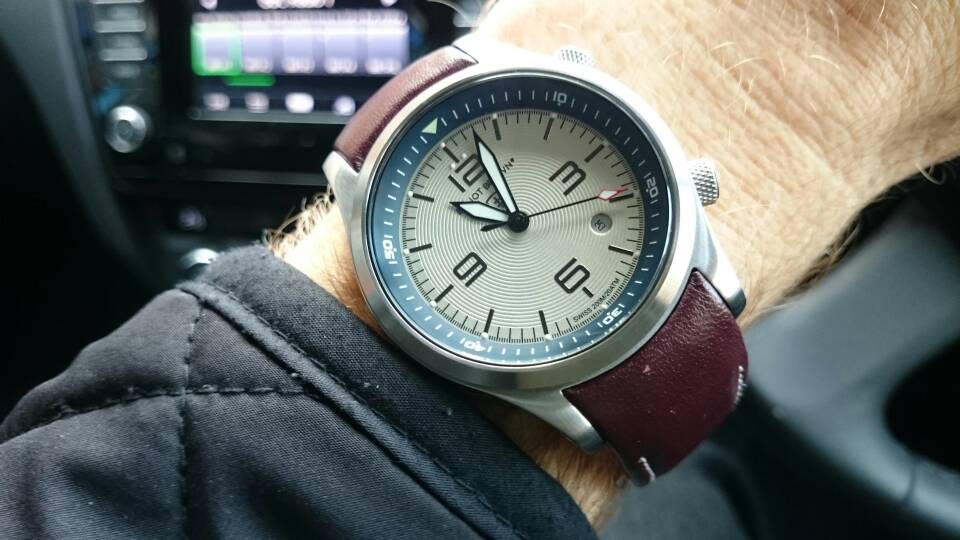 From my involvement with Elliot Brown I moved back, in time, to their origins with Animal. I bought this Zephyr as I liked the green dial and Zombie thwacking bezel. 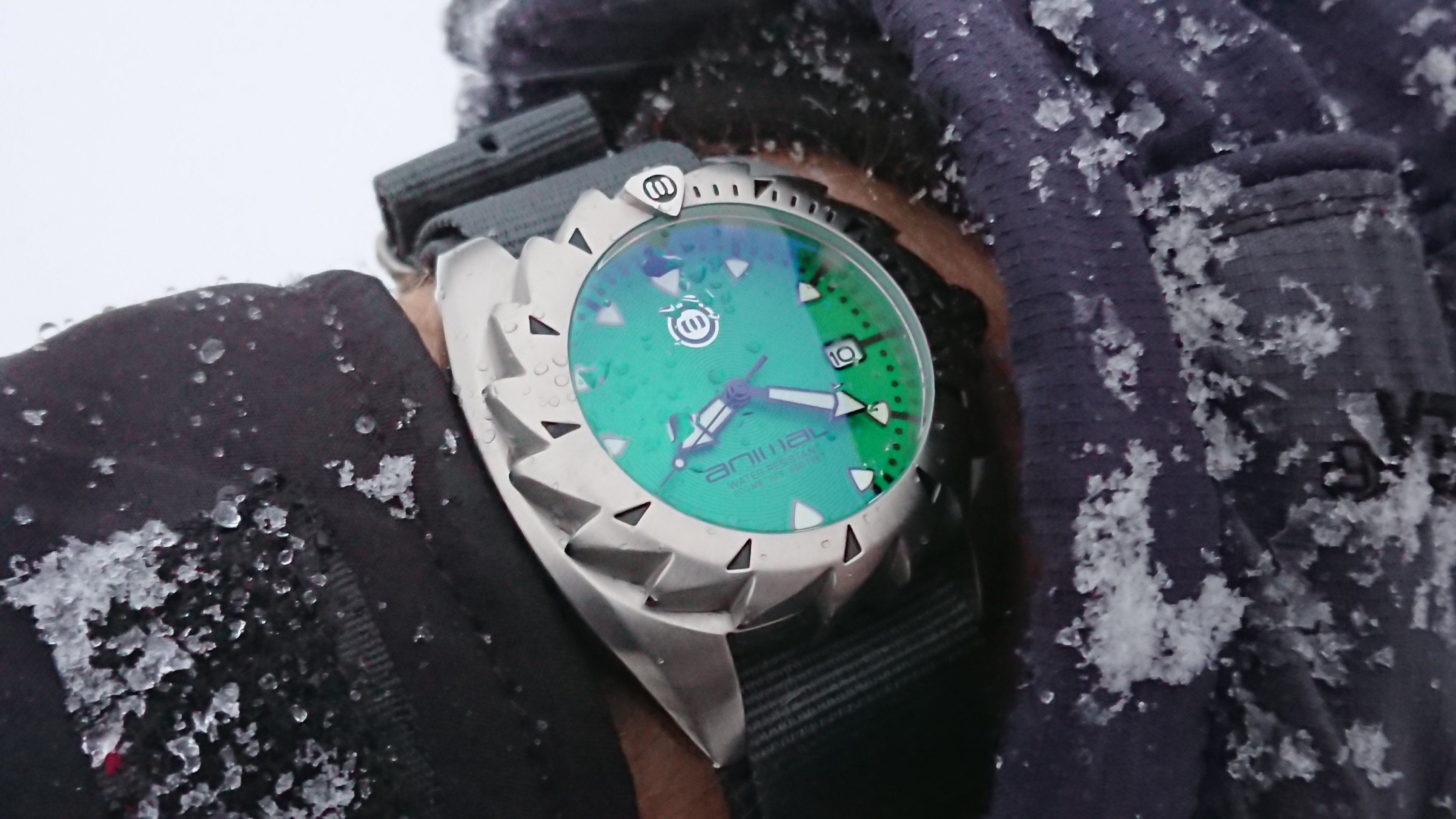 Bremont. Bit of a forum favourite, I first got to look at their watches a few years ago at SalonQP and immediately liked the U22. At the time, owning one was a mere pipe dream, but the Black Friday Sales were kind to me last year and I was able to add one to my collection. 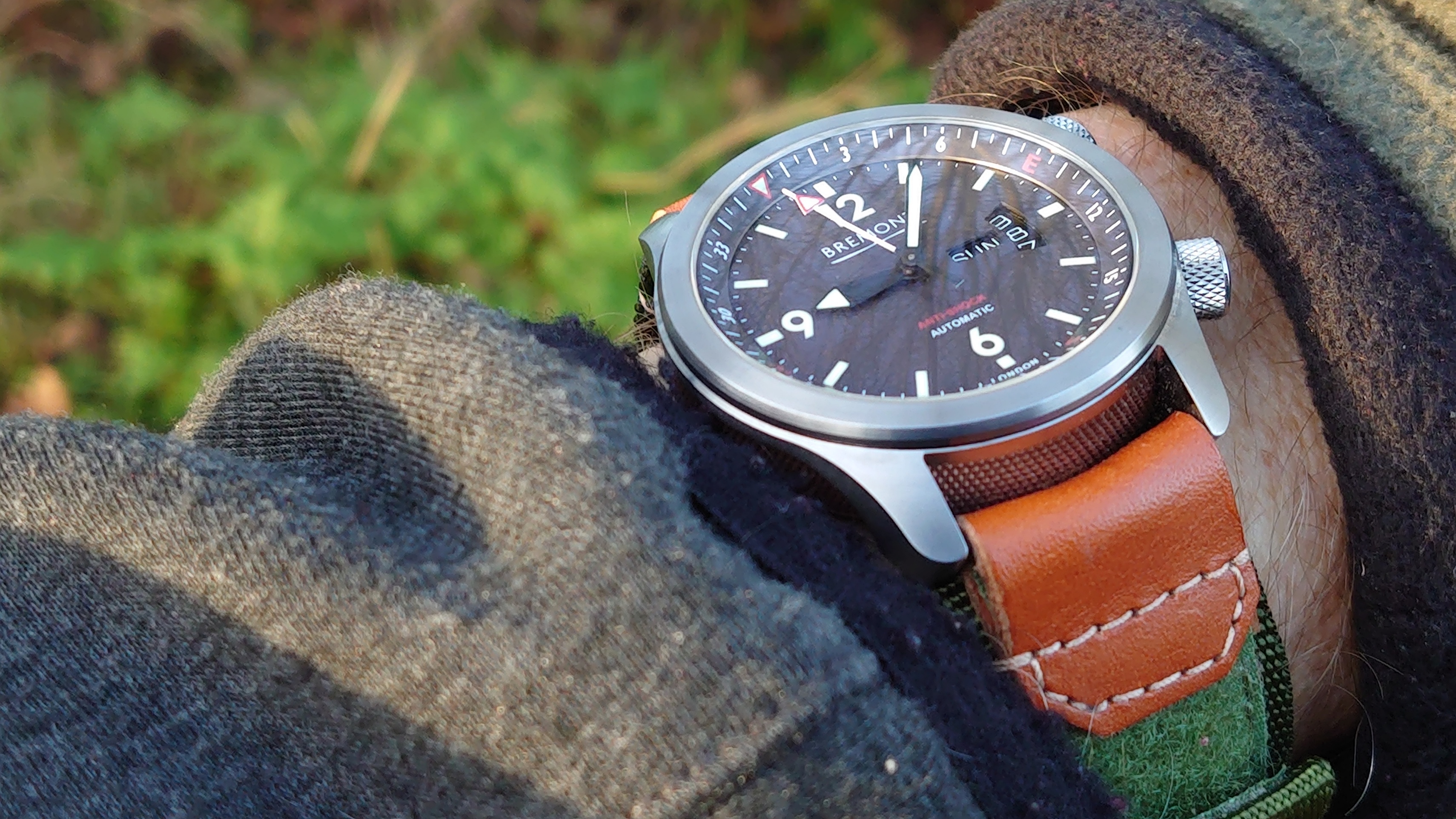 Moving to smaller (Micro?) brands NORTHWIND are a young brand based in the NE of England with their watches having an ethos to the area's Industrial Heritage. Their first watch, the Armstrong, was inspired by Lord Armstrong - an inventor, engineer, scientist and businessman. 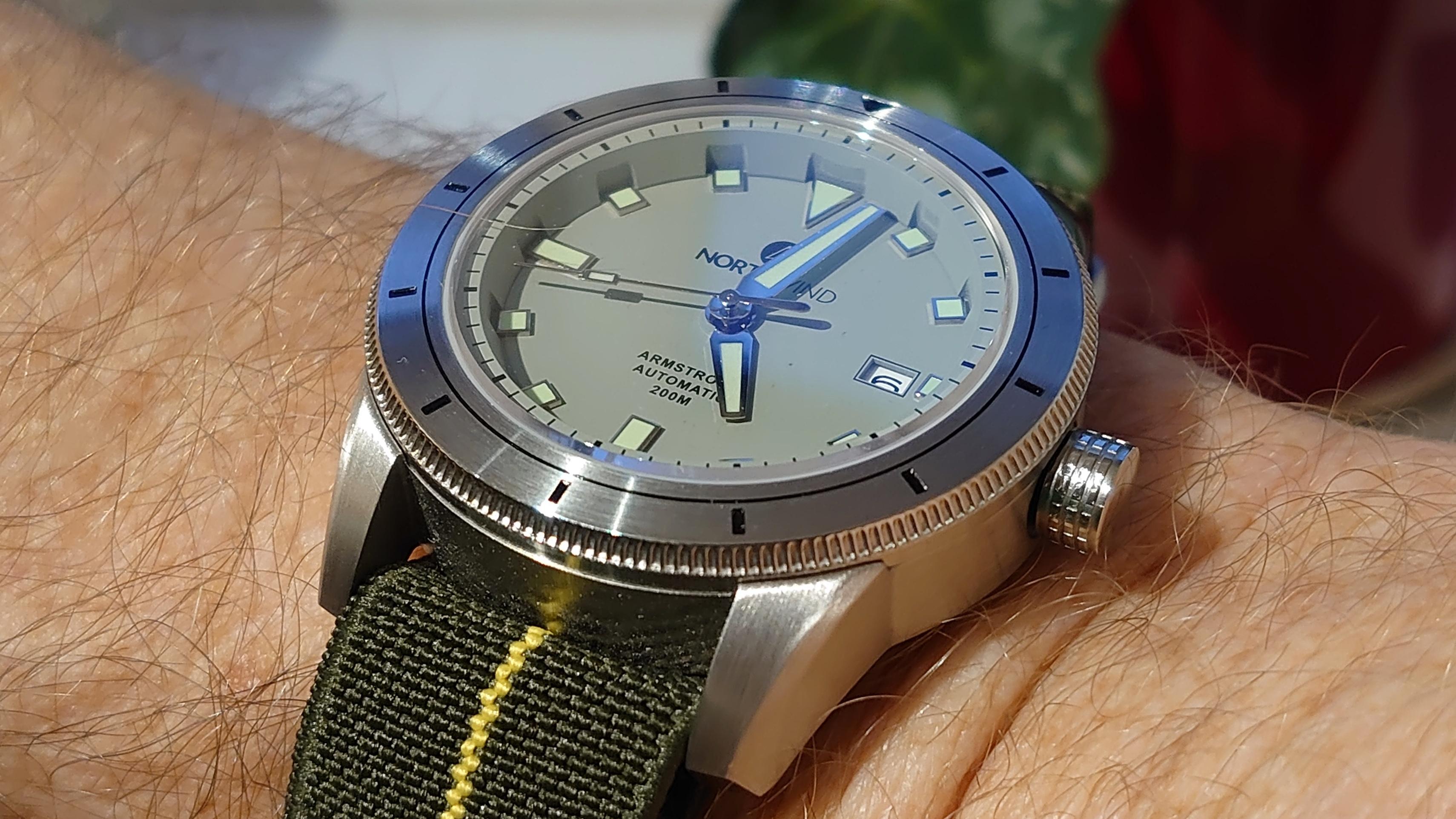 I have also owned, but not currently, a Scurfa Diver One, which is also from the NE of England. Paul Scurfa being a professional saturation diver who works on the North Sea Oil Rigs, who went into designing watches in his spare time (whilst in a decompression tank).


In the Motoring/Motorsport arena, I picked up an MHD (Matthew Humphries Design) AGT; this piece being the watch used by Josh (@eggtronics) for his review on WIAA. 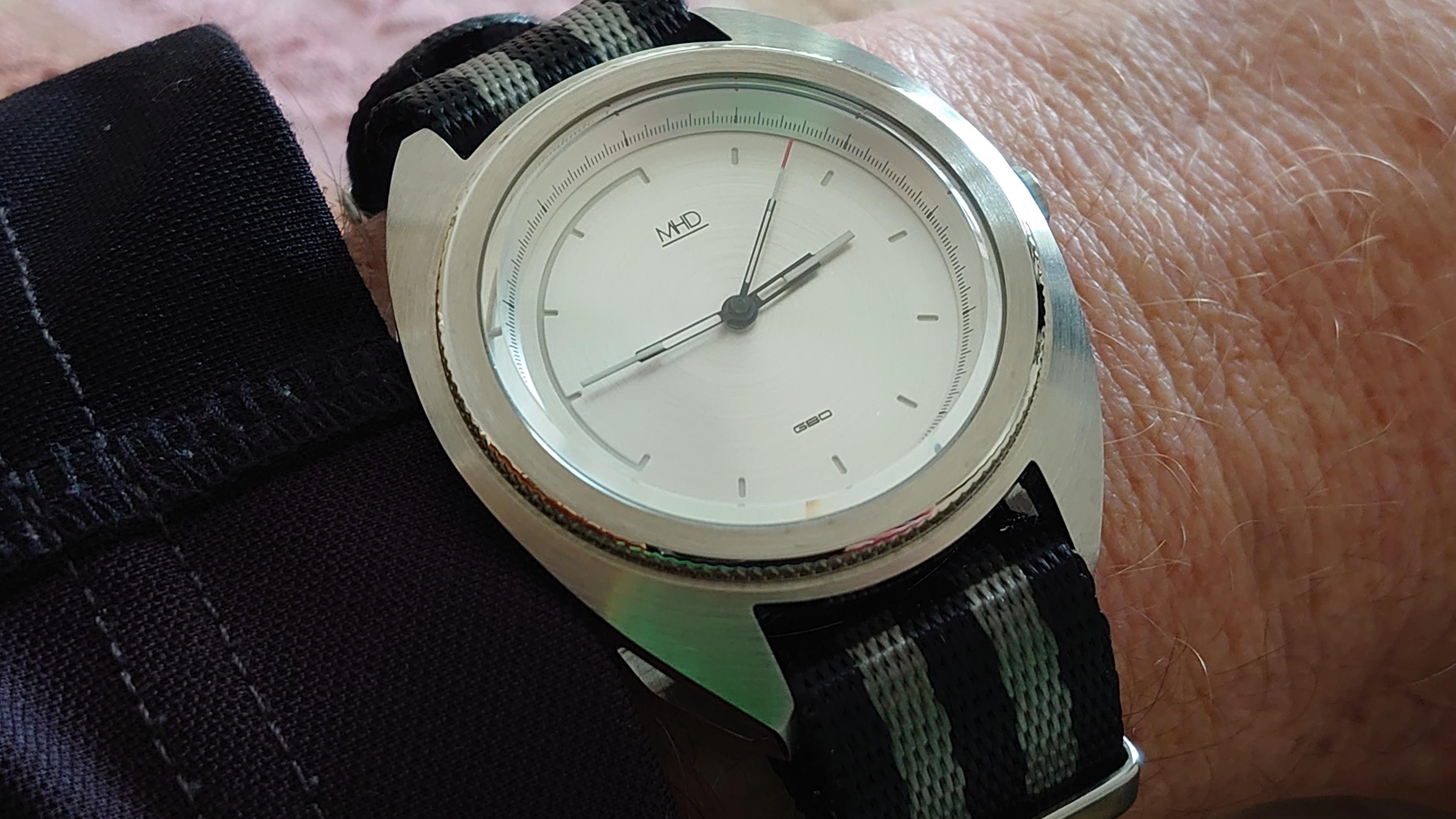 Finally, up and coming, I backed a recent Kickstarter project by NARDI Portsmouth, for their HMS C-20 diver, which is currently in production. A few more details may be found in this topic 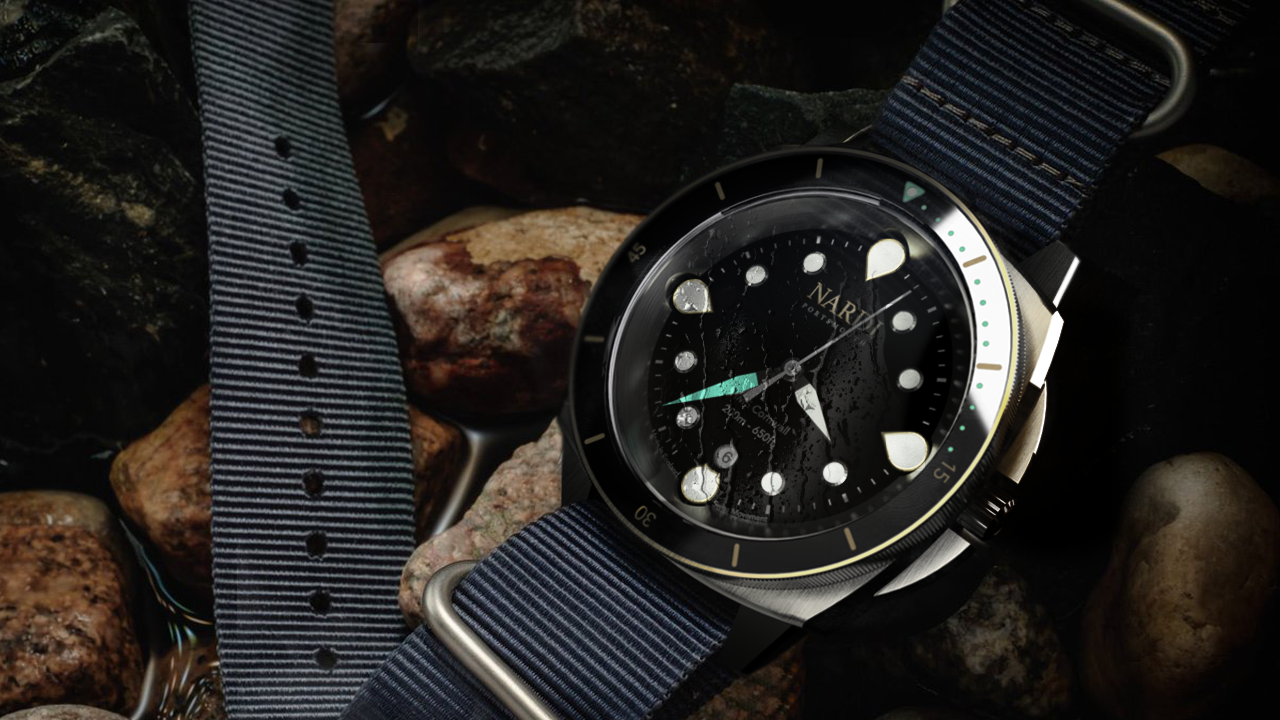 I make no apology for not owning a Rolex. They are not on my radar.

^^^^^ Plenty of “British” brands about now Guy. Hopefully a few more forumites will be able to post examples of ones that they have.

Glad you have entered into the spirit of the thread by only posting one watch from each brand, as we wouldn’t want it clogged up with multiple watches from brands that aren’t really on my Radar.

@Bobz78 I reckon that Gekota make some decent watches.

Yes, it does afford plenty time to get round to things that you wouldn't normally have the time to do, I've got the "exciting" job of doing some strimming in the garden this morning

Back on thread, looking back I think Farer is the one other "British" brand I have owned.
Patrick

Glad you have entered into the spirit of the thread by only posting one watch from each brand, as we wouldn’t want it clogged up with multiple watches . . .
.
.
.
Neil

Err, yup. I'll give you that one Neil.

Interesting thread, i dont have many but the following have passed through..

Vintage Smiths Diver - gave to a friend and he wears every day
Elliott Brown - Sold
Geckota vintage motorsport - when I asked the question a few forumites gave good feedback.
MHD - I like the look and design concept but doesnt get much wrist time
Another vintage Smiths (service style watch) - needs a service before probable sale (loose crown)
Animal - now part of a framed watch collage I made a while ago
Nardi Portsmouth - in production, quite excited by this one and likely to be my last acquisition (maybe) for a while.

I have flirted a many times with a Bremont (Jaguar) and probably should have pulled the trigger when CH had a sale on a sale last black friday.
Stephen

Not sure about the inclusion of Rolex in this despite their origin in the UK and Wilsdorf being an anglophile. They are the quintessential Swiss watch brand now.
Another Bremont for the list: 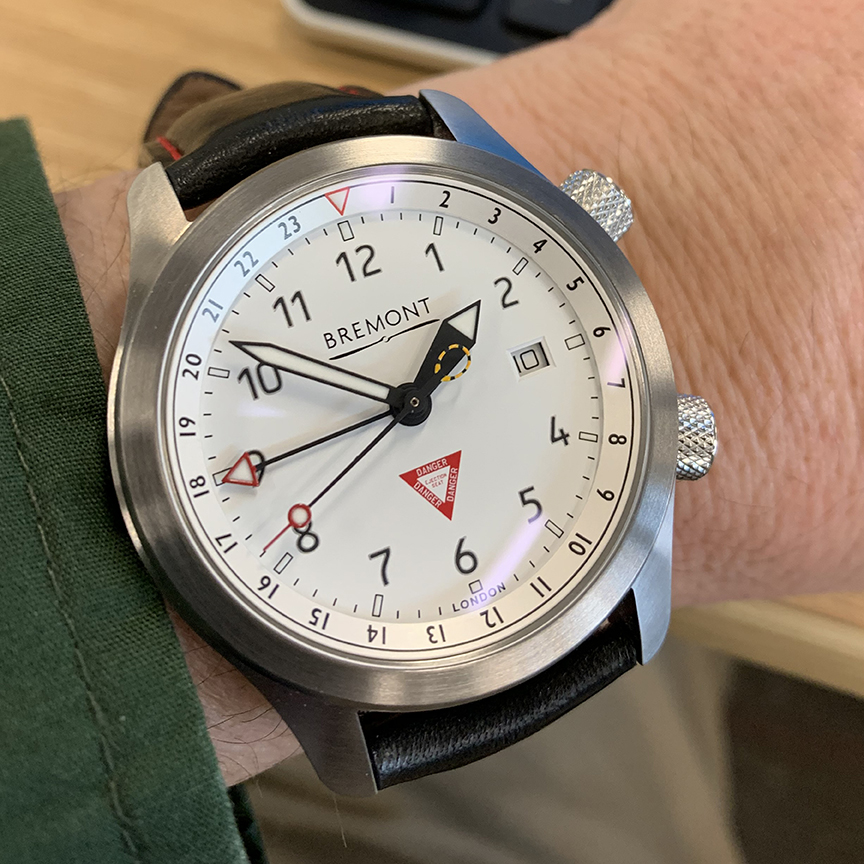 albionphoto wrote: ↑
Sun Apr 12, 2020 12:19 pm
Not sure about the inclusion of Rolex in this despite their origin in the UK and Wilsdorf being an anglophile. They are the quintessential Swiss watch brand now.
Another Bremont for the list:

Mark I think you will find that as the OP of the thread, I get to make up the rules!

I’ll be the first person to mention Marloe then. I get the impression that they’re looked down upon a little on this forum (probably not helped by some of the opinions voiced on the Morar diver), but I genuinely think that they bring a fresh perspective to watch design at a reasonable price point. I’m particularly fond of my Coniston 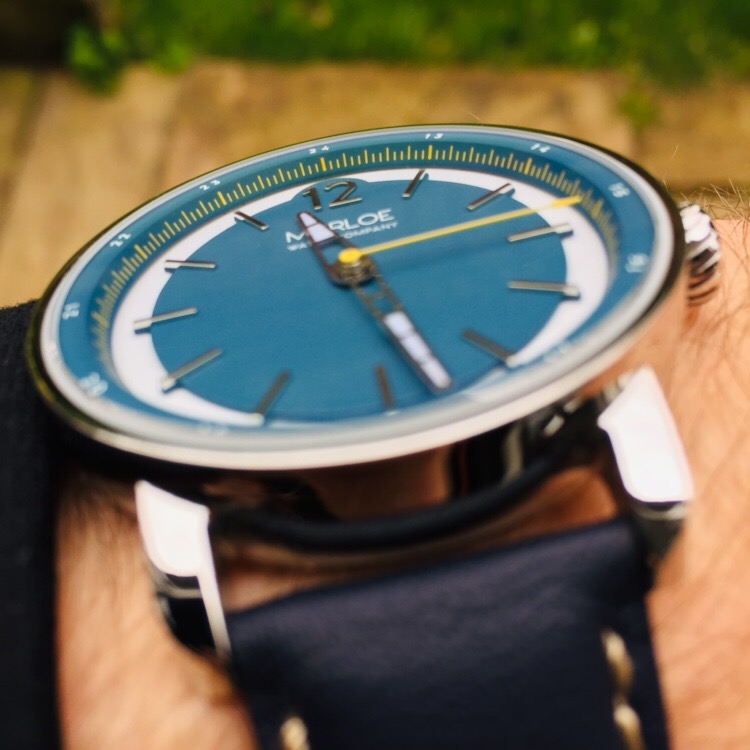 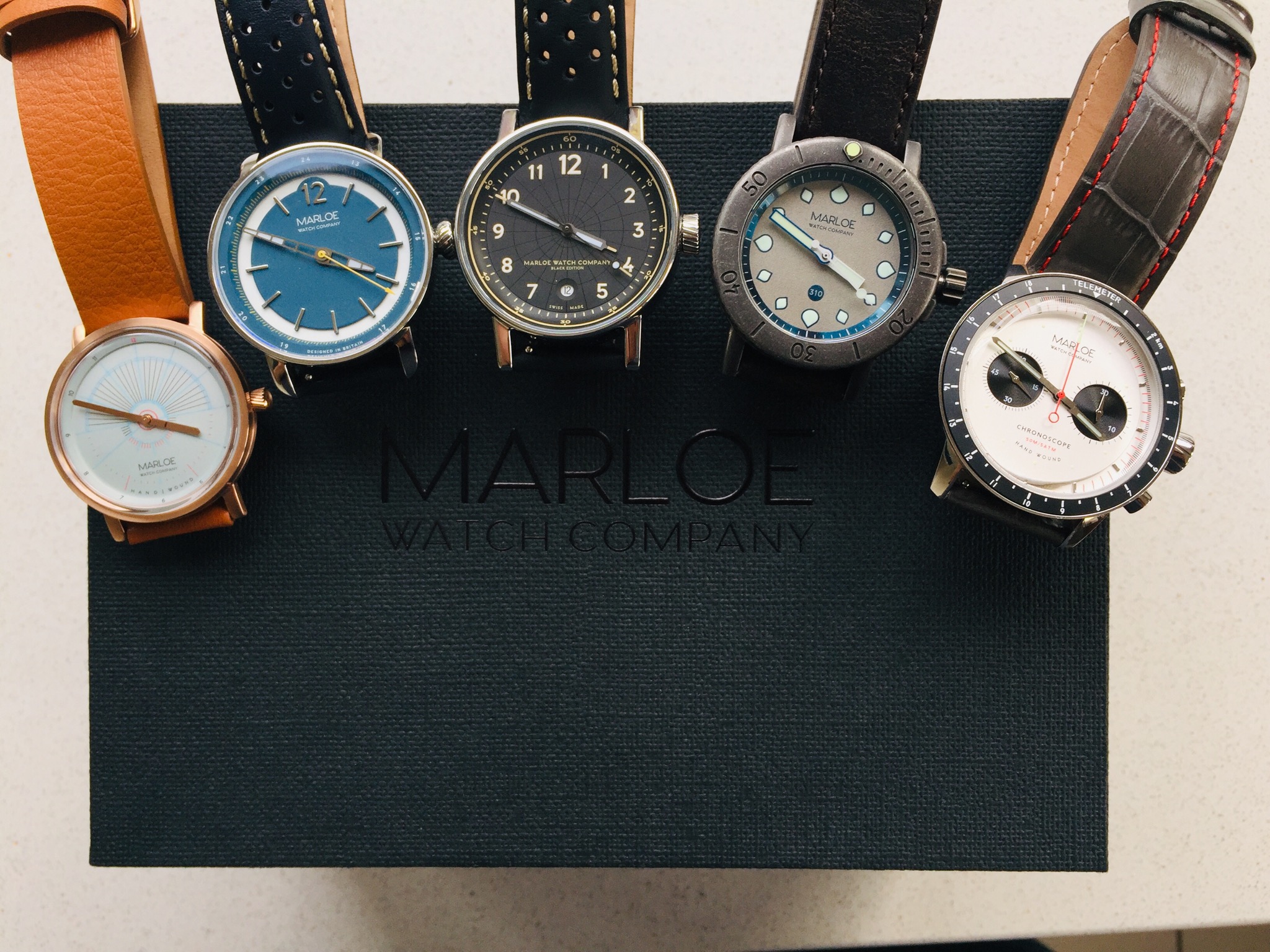 I’ve been a long time admirer of Pinion too, biting the bullet via sales corner over the Christmas period before succumbing to a purchase in their prototype sale last month 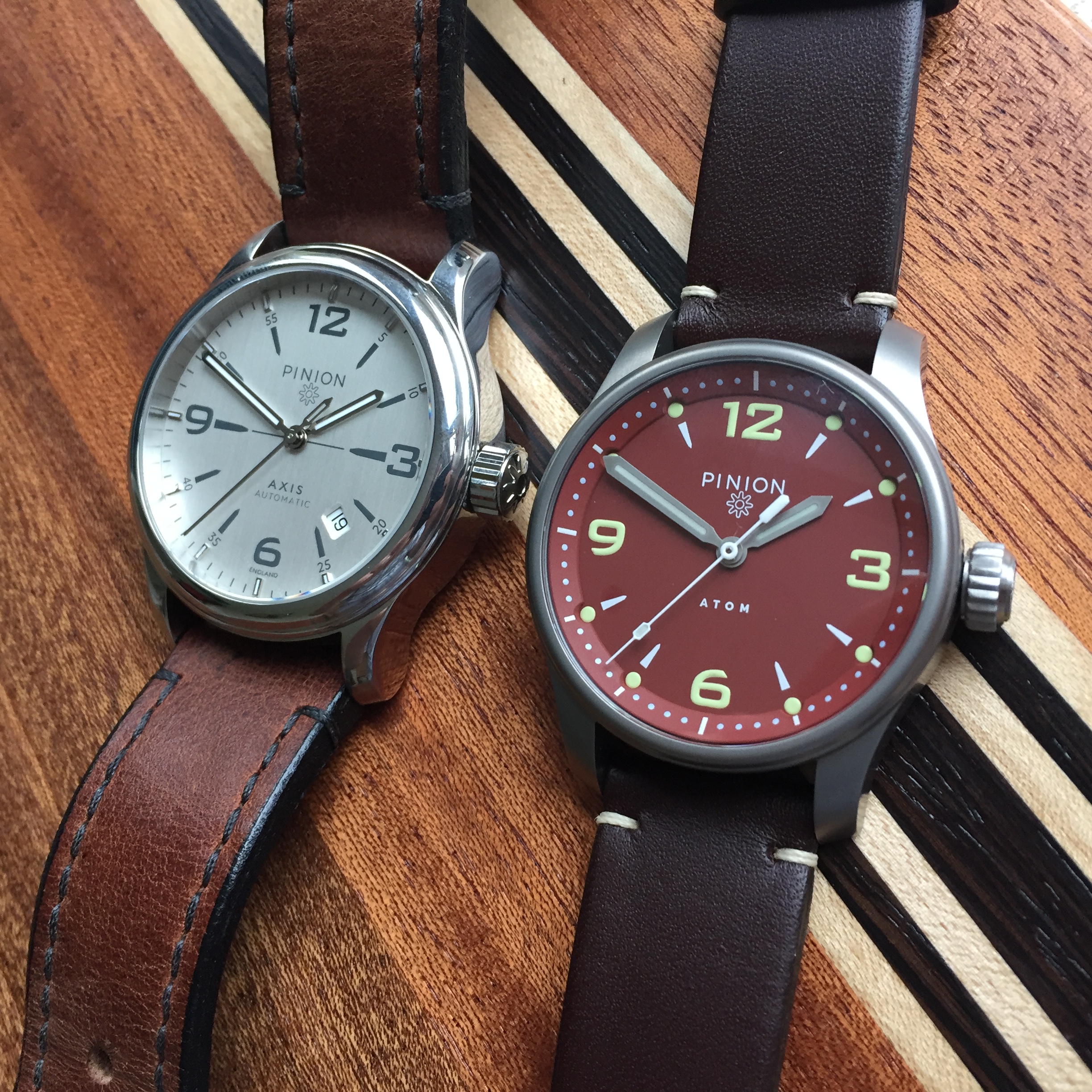 Wholehearted support from me for Marloe. Nicely-designed and well-finished watches (the Coniston Bluebird is lovely), strong brand, small determined team. Very personal service and look/feel ahead of the curve compared to CW at the same stage.

biggus_richus wrote: I’ll be the first person to mention Marloe then. I get the impression that they’re looked down upon a little on this forum (probably not helped by some of the opinions voiced on the Morar diver), . . . . .

Strangely enough Rich, the Morar would be my choice, should I buy a Marloe.


Sent from my Xperia 5 using Tapatalk