Proudly display your current State Of The Collection
Forum rules
Here you may post and share your State of The Collection (SOTC).
Please title your post with Your Forum name and date such as Kip - July 2014
If you wish to update your collection, please start a new topic following the same format. That will insure that your current SOTC will be at the top.
This area is for SOTC threads only. All others will be moved or deleted.
Post Reply
12 posts • Page 1 of 1

As I've been knocking around these parts for a year now, I thought it an apt time for a SOTC. First up, this time last year: 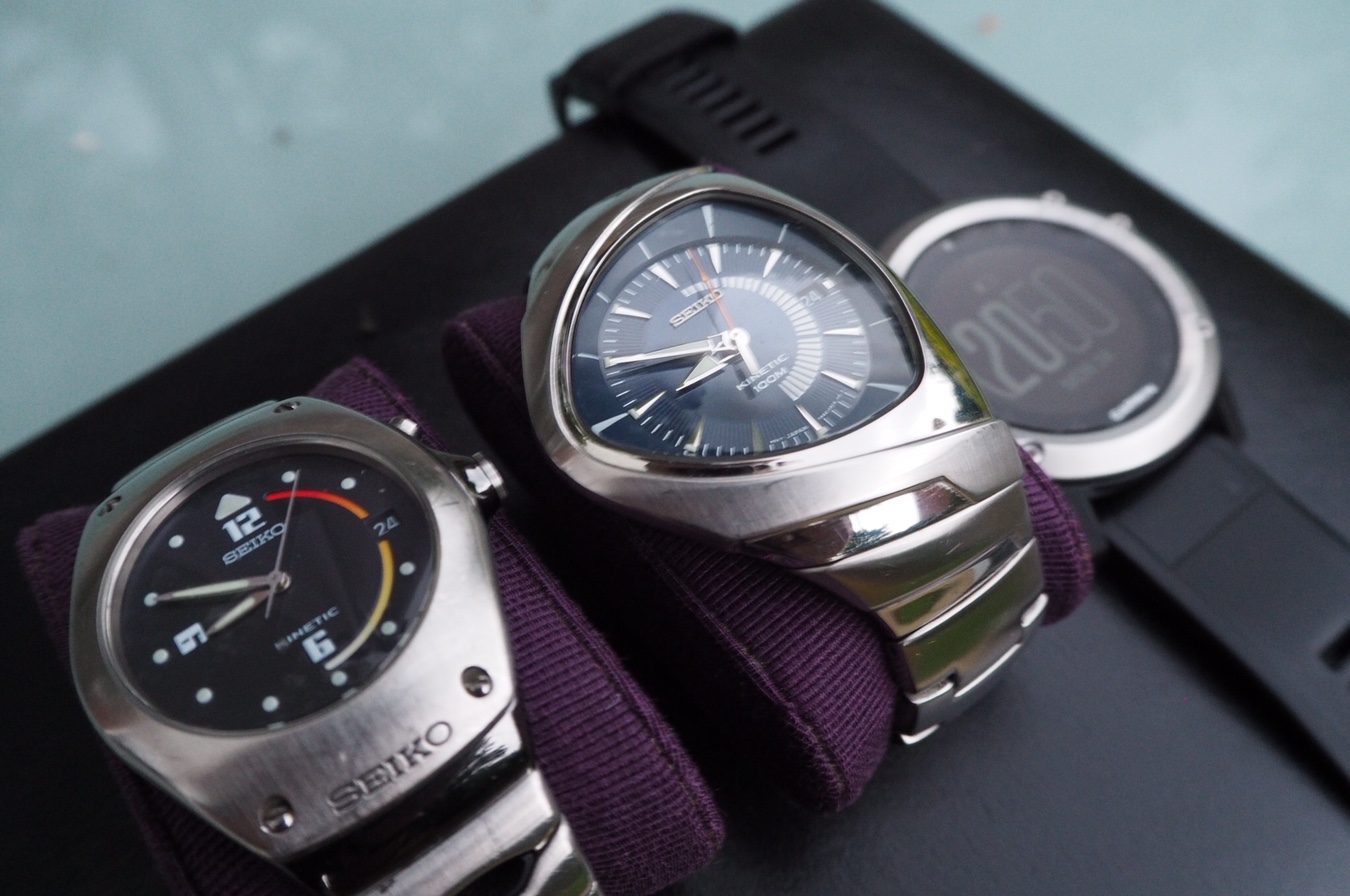 A Seiko Kinetic I bought in 1998, my first big boy pants watch, another bought for me by my wife about 10 years ago as a cheaper alternative to a Hamilton Ventura and then a Garmin which I'm almost ashamed to say had become my daily wearer as I was cycling to/from work and running at lunchtimes.

During an extended period of leave last year, I became aware of Christopher Ward and started reflecting on what a shame it was that I had these two Seikos that weren’t getting much wear.

And now, a year later, I'm still not quite sure what came over me... 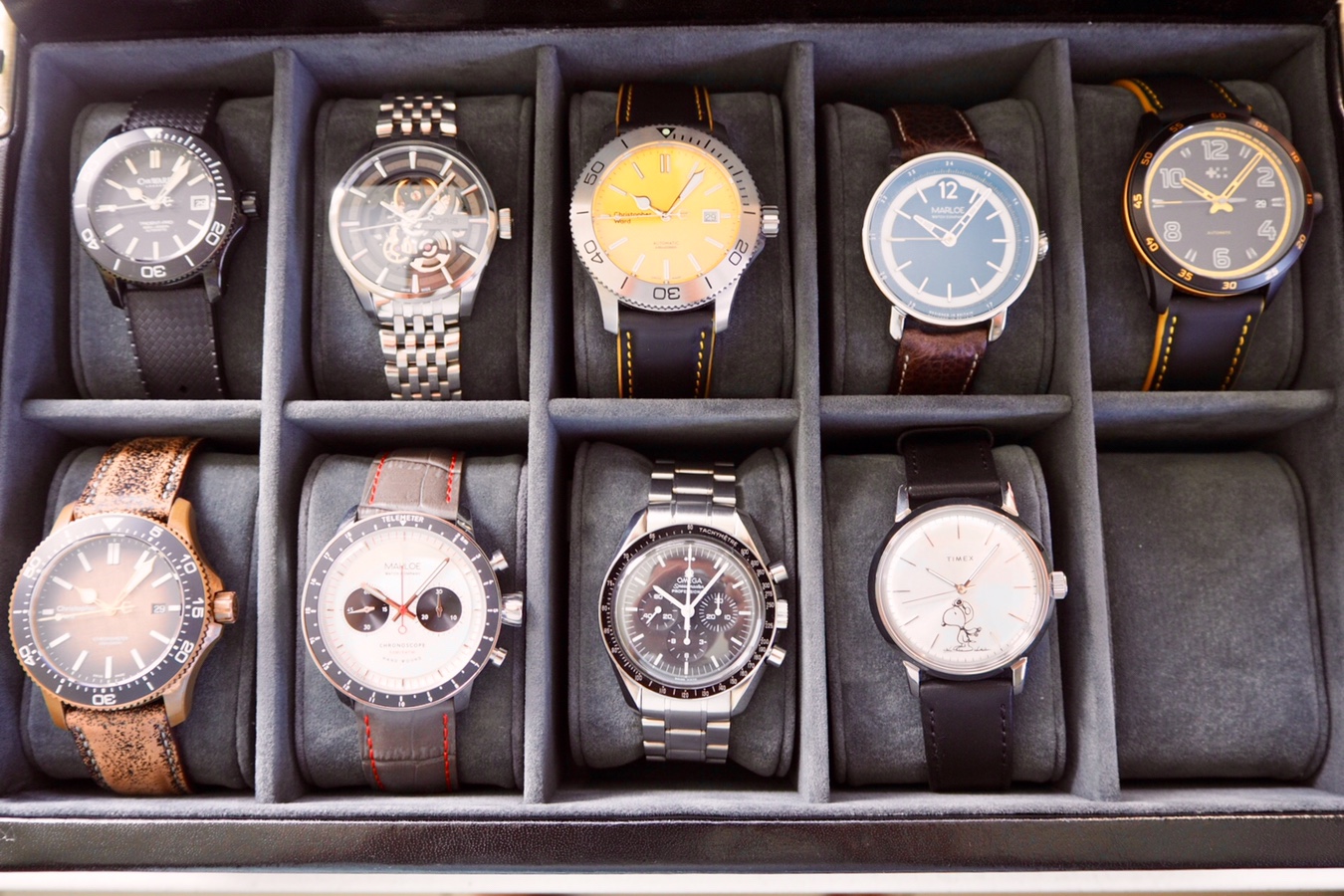 The vintage C60 came after a rush of blood to the head in July during my first experience of a CW sale. The Oris followed shortly after; I'd seen it on offer after Christmas and admired it. And then quite by chance seen it in another, less local shop window. Egged on by my wife, I went to try it on and when she offered to go halves, I could hardly say no.

The yellow 316L #255 came during the CWE visit in September, which is also where I fell for the Ombré and the Marloe Coniston arrived a month later.

The C7 prototype was yet another impulse buy and much as I appreciate the case design, it's a watch that I enjoy owning more than wearing and it will shortly be departing.

The Lomond panda was a no-brainier for me after a couple were found down the back of the Marloe sofa and I'd always liked a panda.

Then just a couple of weeks ago came the absolute daddy of them all. The Speedmaster was the one I'd lusted after, misting up shop windows long before I even embarked on the past years' spree, and after an exchange of messages and a meeting with Guy, it became mine.

And no sooner had I fulfilled an ambition, I bought the Snoopy Timex, just because.

Technically, the other slot will be taken by the Seiko I'm not currently wearing, which means I have a full box plus one on the wrist. But I'd still like to add a splash of red, a GMT complication and a “65” (Oris or CW, although I appreciate all of those criteria could be fulfilled by a C65 Pepsi).

Thanks for reading. One more shot to finish (photography skills need more work) 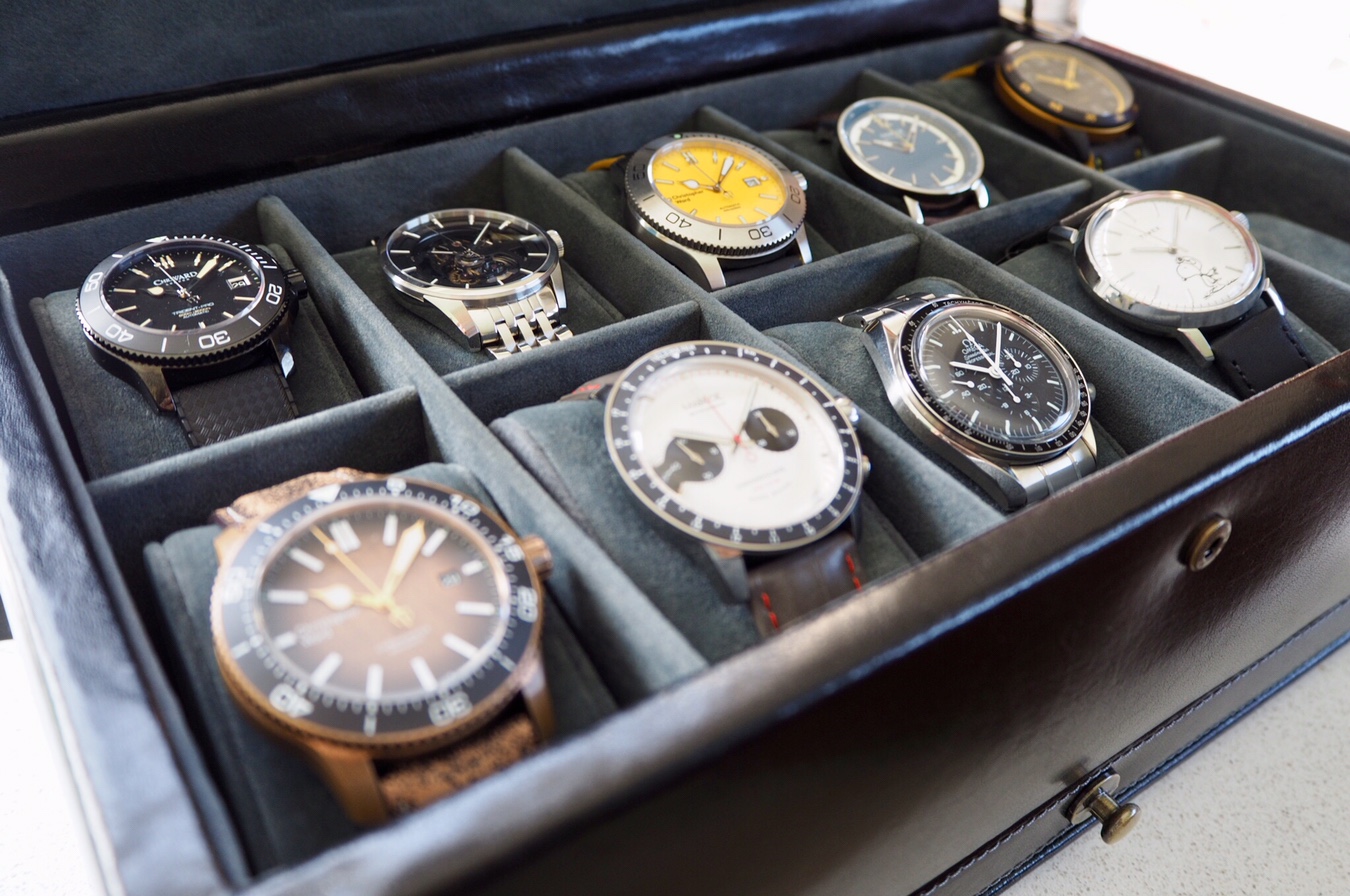 Great to see the collection and hear the tales behind them.
Particularly loving the Speedy as I too, often leave a greasy forehead mark on AD windows because of this one!
Steve.
Top

Thanks Steve, was slightly worried I'd self-indulgently waffled on too much!
Rich.

Ha Ha. You haven't seen my SOTC then!
Steve.
Top

I have been impressed with Richard’s efforts over the course of the year. He has always turned up with a positive and workmanlike attitude, has participated willingly and articulately in discussions, and has developed his horological understanding to a pleasing degree. I have been especially pleased to see the attention to detail and variety in his efforts over the course of the last year; his additions have proved noteworthy and exhibit a very sound understanding of the subject. He has listened to and acted very well upon the advice that he has been given, and so I would not hesitate to recommend as the next step something rather transparent and Lunar orientated. Very well done to him for his efforts this year and I look forward to seeing what he will achieve in the future.

Course work: A- Exam: B++
Steve
The half minute which we daily devote to the winding-up of our watches is an exertion of labour almost insensible; yet, by the aid of a few wheels, its effect is spread over the whole twenty-four hours.
Charles Babbage

My report reads: Go and stand in the corner.
Steve.
Top

Glad I was able to help you out with the Moonwatch.

Hopefully you will continue to make progress this year.

Great to hear the stories as well

Note: If you ever decide to move on the Seiko Kinetic (Ventura)...

Amor Vincit Omnia wrote: ↑
Sat Jun 29, 2019 12:35 pm
...I would not hesitate to recommend as the next step something rather transparent and Lunar orientated.

I very much like the look of the Moonglow. I could well be swayed, but thinking now of operating a strictly one in, one out policy.

I will certainly bear that in mind, but I'll reiterate that it was a gift from my wife and (currently) probably the safest watch in the box!
Rich.

A nice and varied collection.
Great to have you here Richard.
Ferg

Great collection. You seem to be on a journey that is familiar to many of us. Beware!

Great collection Richard, when I grow up I want to be just like you

Sent from my SM-G960F using Tapatalk