Proudly display your current State Of The Collection
Forum rules
Here you may post and share your State of The Collection (SOTC).
Please title your post with Your Forum name and date such as Kip - July 2014
If you wish to update your collection, please start a new topic following the same format. That will insure that your current SOTC will be at the top.
This area is for SOTC threads only. All others will be moved or deleted.
Post Reply
7 posts • Page 1 of 1

Its been exactly a year since my first SOTC post .
As its been a rather busy year and i currently have no firm plans for any changes, I thought it was the ideal time for an update. 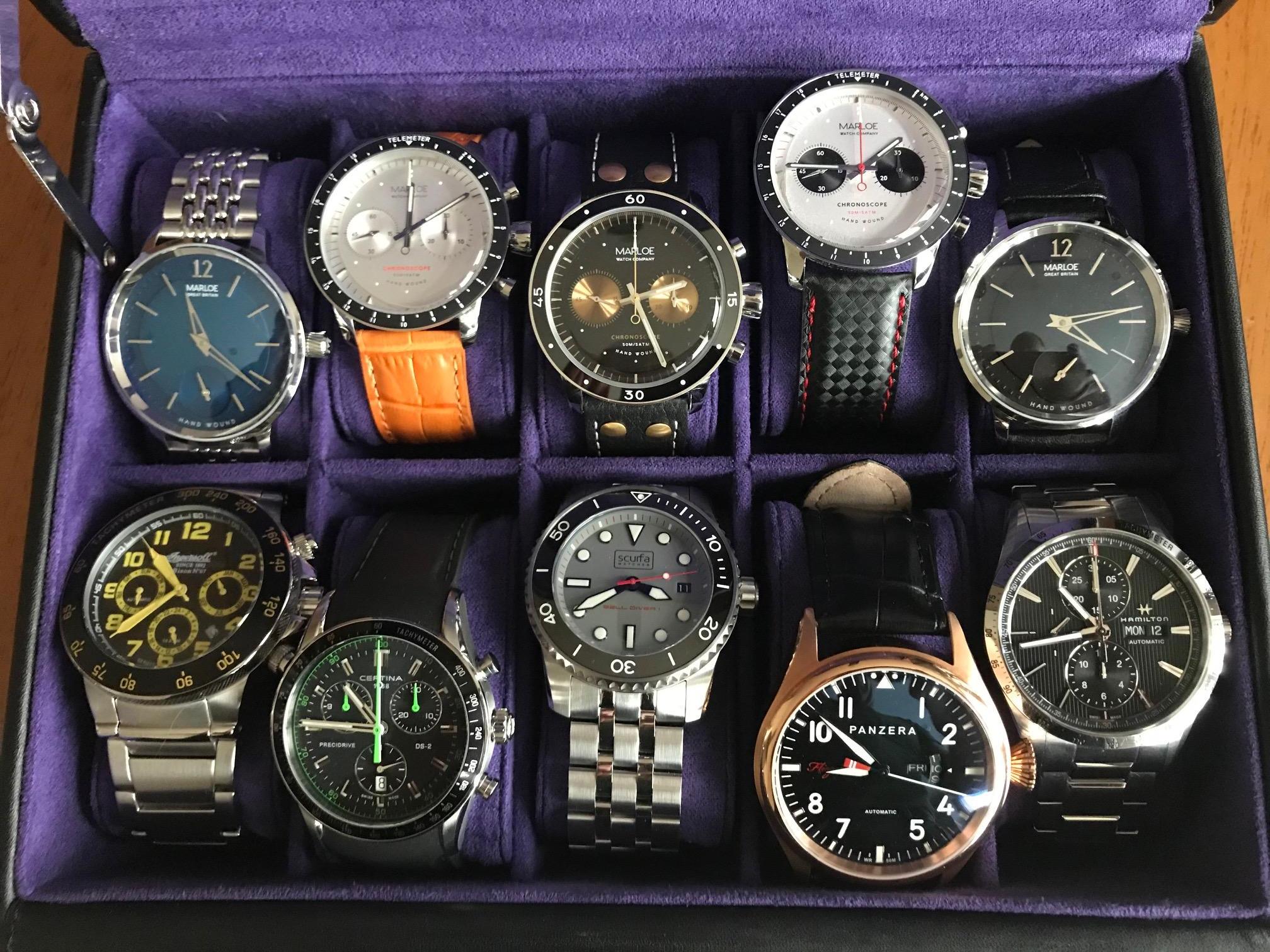 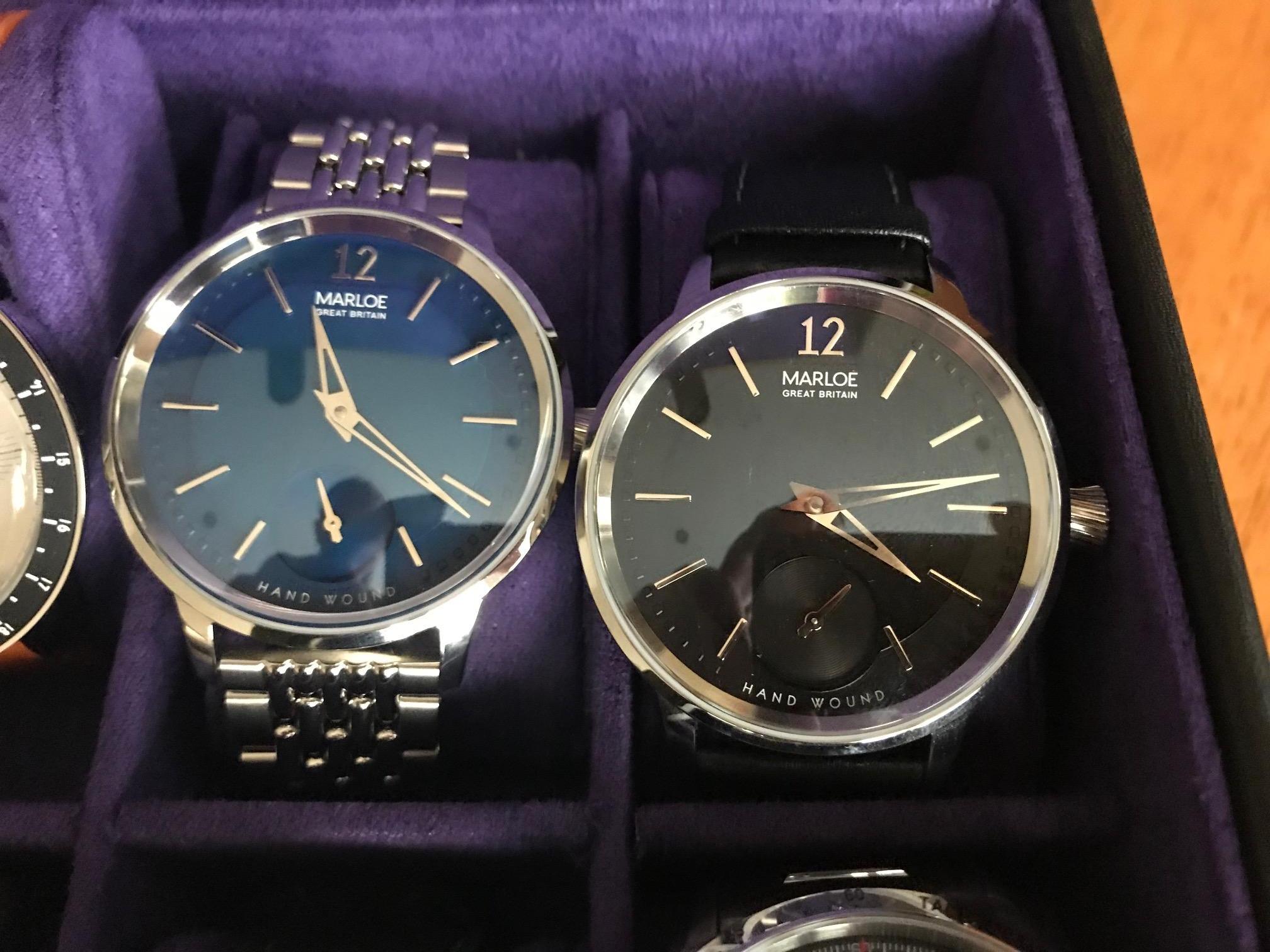 The black Cherwell was the start of my collection just over two years ago. This was also the first watch Marloe produced and was crowd funded on Kickstarter. The blue face model was an exclusive to kickstarter backers, but i picked one up earlier this year and dropped it on to a beads of rice bracelet. 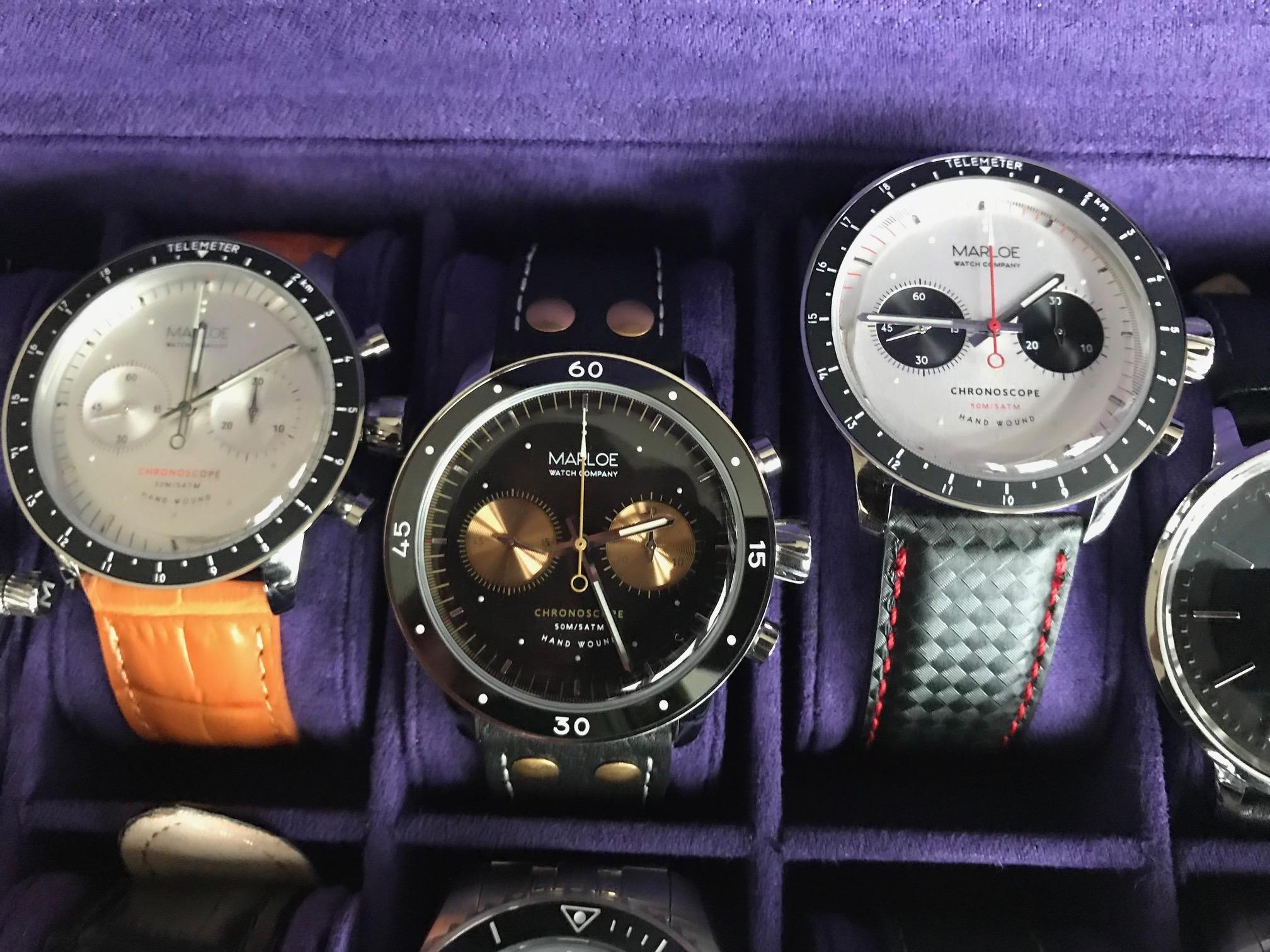 The other three are all Marloe Lomonds. Their third model and also a kick starter based project, this is three of the five editions offered (classic white, vintage coffee & panda). 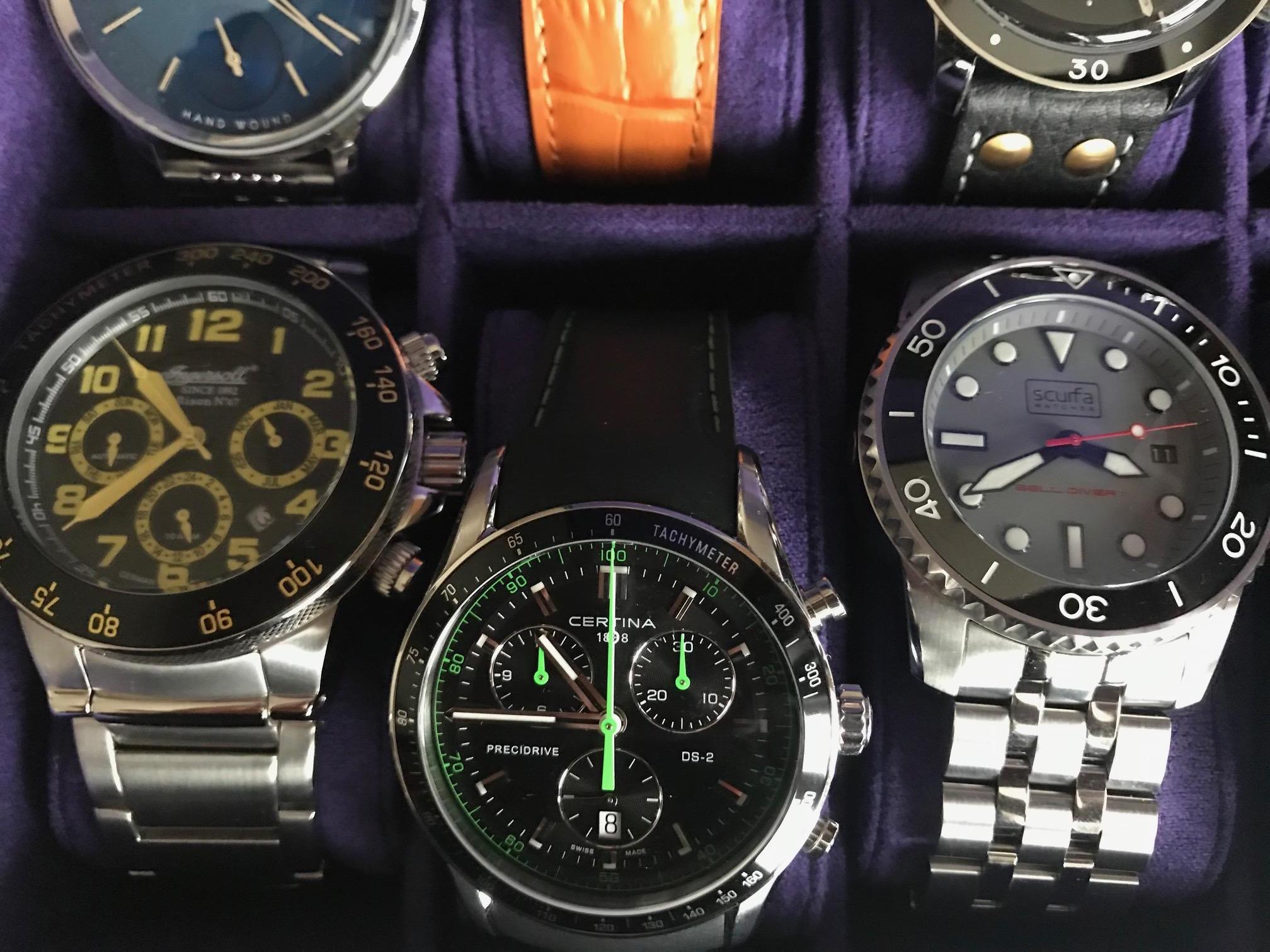 First up is the Ingersoll Bison 67, a solid, heavy beast of an automatic watch. Next along is the Certina DS2 Precidrive HAQ thats in a fair few collections on here and number three is the Scurfa Bell Diver Auto. 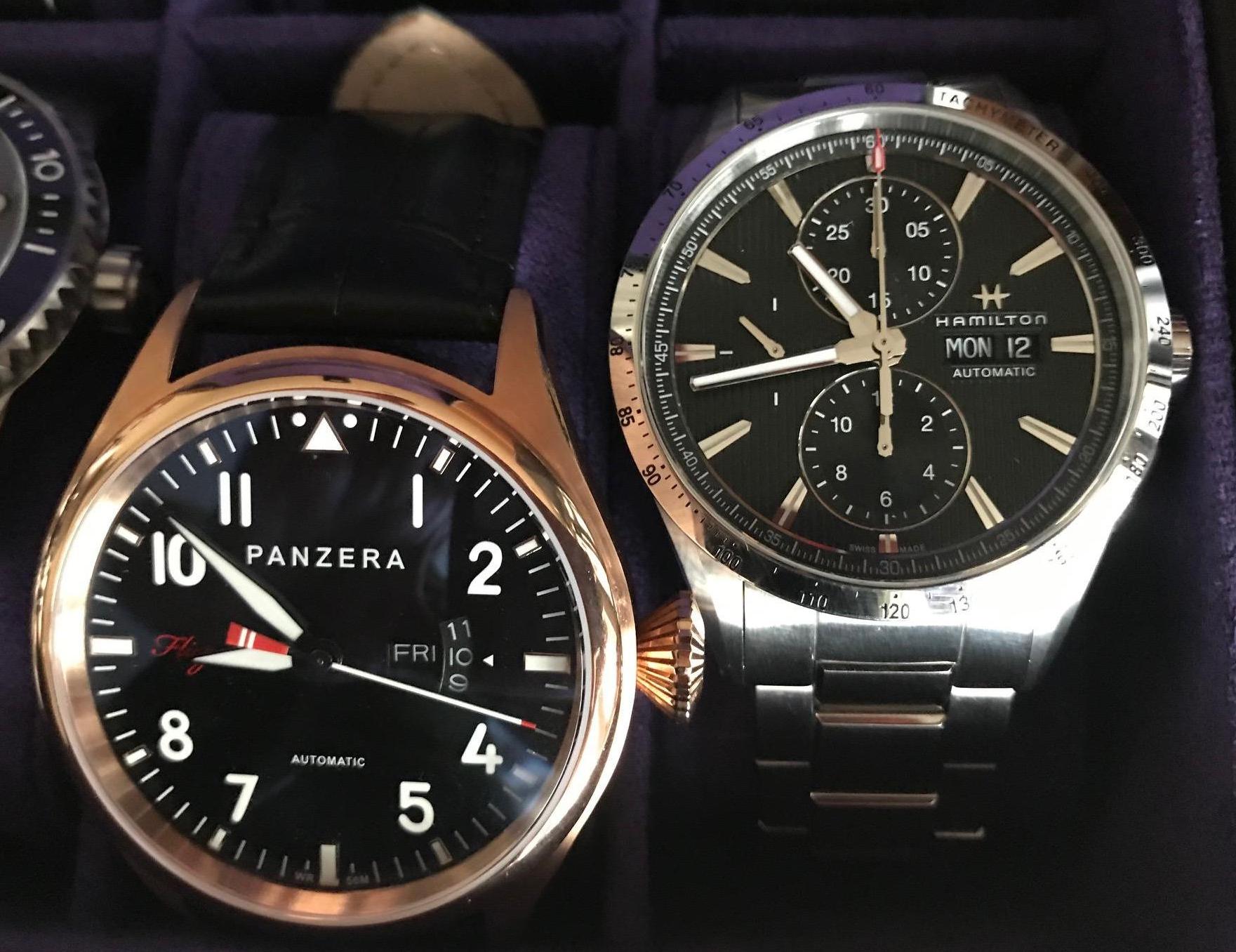 Four and five were sales corner bargains. The lovely Panzera Dornier Flieger 47 from Guy and the equally fine Hamilton Broadway i bought from Unkle Dicky. 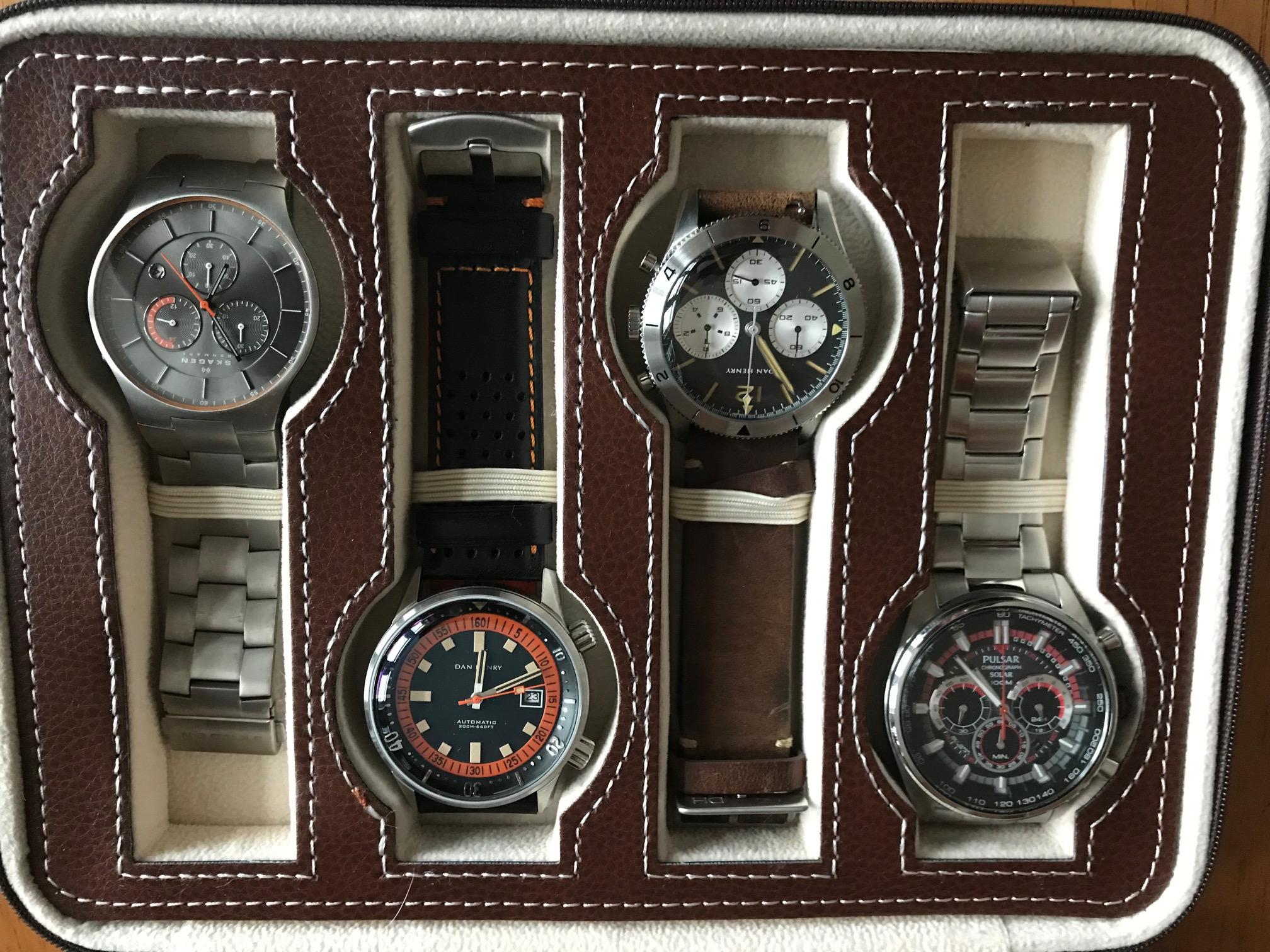 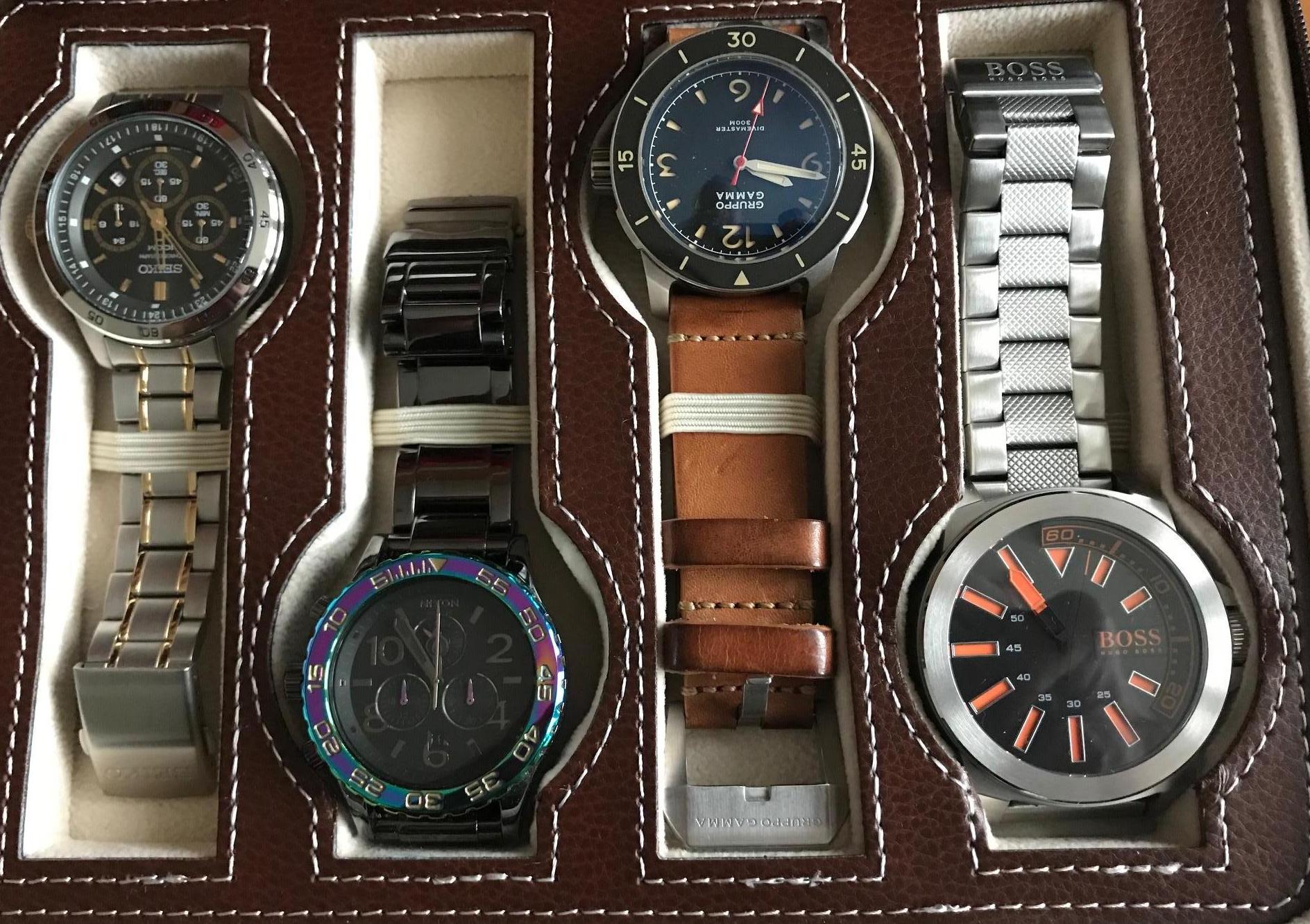 First two are the work beaters. A Scurfa Diver 1 picked up from ebay as a bargain, due to the bezel markings being fairly worn and not as visible...not an issue at work! the other is a Cerruti 1881 that nobody had bid on, good price and i like the look of it so i won with a cheeky bid (although i smacked it into a concrete floor trap before xmas and the minute hand has come off the spindle!)

Number three is a Fossil on silicon strap, all black apart from a few little accents here and there.

The final three are all Casio edifices/edify or whatever the collective might be?
A white face model with fantastic lume and a couple of Red Bull/Torro Rosso branded ones- i also have 2-3 others stashed away, not sure if i want to keep them or sell them on in the future yet. 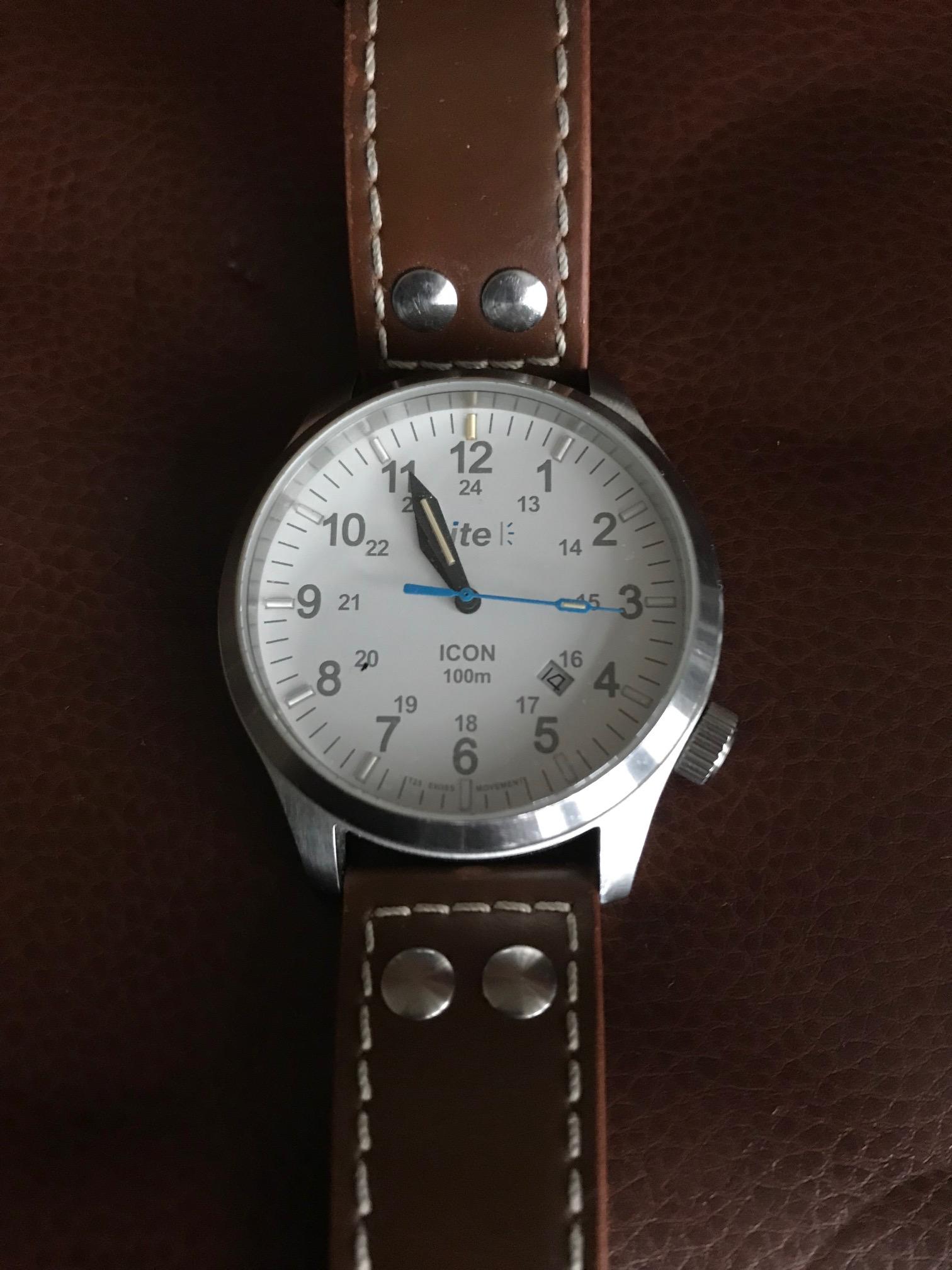 Last up is the Nite Icon. It mainly lives at the side of the bed, its tritium glow always ready to tell me the time. It also usually gets to come on holiday with me for the same reason...wouldn't want to be late for breakfast!

As i said at the start, its been a busy old year with watches in and out. I decided at the start of it that sub 40mm watches don't look right on me (i prefer 42mm upwards)- so all the small things are gone!
The only down side is most boxes seem to be a tad narrow and not good for multiple large watches, hence the need to stagger them to minimise them knocking against each other.

I really happy with the collection now and don't really plan on changing it much.
With 50 looming on the horizon (and a house move and holidays), i'm planning on keeping the powder dry to possibly get something a little special next year as a half century marker (still no idea how thats crept up

)
So many watches, yet still so little time!
Top

I am extremely impressed with the Marloe watches and surprised that you don't see now of them.

Edifices are cracking value for money and great to grab and go.

The Ingersoll is a bit of a monster and I didn't realise that the Boss was 50mm! That is huge!

Actually, they are all rather good, and it is hard to beat the Scurfa for value for money isn't it!

Nice to see a collection that is a bit different. (Good choices on the Guy purchases too!!!!)

Very interesting selection you have. My favourites are the Hamilton Broadway and the Dan Henry's I think.

As for not planning to add to the collection, looking in my crystal ball, I confidently predict you will be adding a CW 595 in the very near future

You need to find a space for the 595.
Steve
The half minute which we daily devote to the winding-up of our watches is an exertion of labour almost insensible; yet, by the aid of a few wheels, its effect is spread over the whole twenty-four hours.
Charles Babbage

Thanks for posting, my favourite is the Marloe Panda Chrono
Small collection of timepieces that I enjoy
Top

Love the Certina DS2 Precidrive HAQ. Such a gorgeous looking watch. Jealous of the collection.
Top

What a great diverse collection