I've been meaning to post this for some time. NB., not focused on any brand or type of product but just the world of marketing in general.

No-one is impervious to advertising, though as a very rare TV watcher (and then mainly BBC) I probably see less than most people. I'm also quite good at taking it with a pinch of salt and having a jolly good laugh at it. But looking at the adjectival labels, what are they trying to say, and to whom?

EXECUTIVE: I think I first came across that word as a child, without really knowing what it meant. I don't think I knew any executives so I think I related it to some of those awful sitcoms starring people like Terry Scott. So, Executive cars/homes/toys and so on...aimed at the sort of smug KH who drove a big car and sat behind a massive empty desk with his suited backside on an expensive leather chair, or aimed at the aspirant Joe Soap who wanted to be him? I don't seem to see it so often nowadays.

PROFESSIONAL: the opposite of Amateur. In cricket up to about the 1960s Amateur was a badge of status, and the professional was the humble "player" who was ordered around by the "gentleman" captain with a private income (Officer Class). I don't think that's what Omega and co. meant. Think astronaut, secret agent. Again, aimed at James Bond or at the bloke who dreamed of being him?

LUXURY: a bit of a one-size-fits-all word for me. Opposite of Luxury? Essential? I suspect one man's idea of Luxury is another man's idea of Plebeian. Luxury bog-roll with quilts for Madam at Waitrose? Izal with added grit for the hoi-polloi at Asda? And what about "DE LUXE" which is after all just the French for Luxury?

EXCLUSIVE: I love this one! Especially in an age when we have become so (rightly) sensitised to anything remotely racist, ageist, sizeist, anti-LGBT and so on. Exclusive: from the verb Exclude. Meaning shut out or lock out. So when you market an exclusive deal, an exclusive offer, an exclusive holiday &c., whom are you excluding? Apart from the obvious ones who can't afford it? Or in the case of certain social and sporting organisations, didn't go to the right school?

I have used a singles holiday company for a few years now, and was highly amused to see some recent photos on their website. Most of the clients I've met on holiday are in their 40s-60s, all shapes and sizes, and one particular photo was of a group of tanned, slim and generally gorgeous people, average age about 28. I emailed the boss, whom I've got to know quite well, to ask where he found this group, because I had never been on one of his holidays with anything remotely resembling them! Though on second thoughts, best avoided. They'd only cramp my style.

Anyway, this is just a bit of light-hearted weekend drivel. Are you a sucker for marketing BS or do you take it for what it is?

What particular marketing pitches have you rolling about laughing?
Steve
The half minute which we daily devote to the winding-up of our watches is an exertion of labour almost insensible; yet, by the aid of a few wheels, its effect is spread over the whole twenty-four hours.
Charles Babbage

I think that’s an on the money summary as far as marketing is concerned.

In the context of professional, in addition to Omega it’s a term also successfully used by Rolex for their professional range.

Originally intended to indicate watches designed and used for particular activities. Unfortunately now used to denote a must have watch, likely because it’s often difficult to buy at RRP, even though many potential purchasers probably have no idea about the history of the model they have selected.

I think the reason executive is no longer as widely used in marketing is because in terms of a job title, it’s no longer a word that necessarily denotes seniority, or ability to make decisions. Everyone seems to be an executive of some sort, well executive or “head of”.

I do find most marketing copy to be BS. Or maybe I say that, whilst subconsciously being taken in, if the approach is subtle and not just hyperbole without substance.

Fell for it - hook, line and sinker.

Interesting post. I’ve found that the label “Professional” or its shortened form “Pro” has lost its intended meaning and most typically IS NOT what one would find a pro using. [edited for content]

It’s my observation that professional is increasingly a marketing label for something intended for the consumer that looks pro grade and has a higher quality.

Amor Vincit Omnia wrote:I've been meaning to post this for some time. NB., not focused on any brand or type of product but just the world of marketing in general.

No-one is impervious to advertising,...
.
.
.
.
.
Anyway, this is just a bit of light-hearted weekend drivel. Are you a sucker for marketing BS or do you take it for what it is?

What particular marketing pitches have you rolling about laughing?


Not so much a comment on the Professional, Executive etc. (it's late and I'm tired) but more the marketing pitches or slogans that make me laugh, or more accurately cringe. e.g.

Buy me
Own me
Unmissable
Must have
Perfect gift for Christmas / Easter / Mother's day / Father's day etc.

It is also interesting to see how advertising copy has changed through the decades. Back in the 1950s science, whether fake or real, was used to sell everything from toothpaste to vacuum cleaners.

Later, the 70s and 80s, sex was used to sell just about everything! Now, environmentally friendly seems to be rapidly becoming very important (and rightfully so, about time too!).

And of course there are cultural differences between countries. You can get to know a lot about a country by the ads you see there.

There is a compact Executive class of car of which the BMW 3 series is one. I used to have a 320d Luxury model with the optional BMW Professional navigation package. I’m pretty sure the 20 spoke alloy wheels were also a design Exclusive to that model....that’s all marketing bases covered

jkbarnes wrote: ↑
Sat Jun 22, 2019 10:25 pm
Interesting post. I’ve found that the label “Professional” or its shortened form “Pro” has lost its intended meaning and most typically IS NOT what one would find a pro using. My chef’s knife is labeled “Pro,” I seriously doubt a professional chef uses the same knife. Don’t get me wrong. It’s a fantastic knife - expensive and worth every penny compared to cheaper knives. But a pro grade knife? Doubtful.

It’s my observation that professional is increasingly a marketing label for something intended for the consumer that looks pro grade and has a higher quality.

Shoot, how many Tridents are seeing 6 meters regularly, let alone 600!

Having worked in pro kitchens (including Michelin) for 20 years or more I can safely say that the grade of knife (cost, material, brand ) has far less impact than the person wielding it. I guarantee that a £6 knife in my bag will be sharper than 90% of the knifes belonging to "chefs" in the kitchen.
I suppose it's a lot like watches in that respect. I could buy a knife made out of any number of grades of steel from vg-10 , white paper, sg-2 , carbon, sandvik or martensitic just to name a few . Now all of these come with pros and cons just like watches. Some will need greater care that others, some will chip easier but hold an edge longer. You may find you just have a hankering for a knife from a particular type of material (ceramic).
Fundamentally you have to ask yourself a couple of key points, is it comfortable (10 hours a day holding something) is it fit for purpose (straight, sharp and balanced) , can you afford it?
Yes , I could by a 2k knife. Would it make me a better chef? No.
It's a choice just as with watches. Otherwise we would all be wearing a £6 quartz.
C600IPB 101, C7O cosc 009/300, C8 IPK 004 ,C11 Makaira Pro 006.
W11 Amelia , Emily Double Tour (The Wife)
Top

^^^ was that just a ref to the watch analogy, or can you really buy a 2k kitchen knife??

edit - sorry about not mentioning the original topic, I like to feel I'm immune to marketing BS.
I try to make decisions based on my own wants/needs, ALTHOUGH ... ads may point me in the direction where I can go do some research ... so I guess they have a minor effect ... sometimes

Gentlemen, may we please move the discussion away from knives (not permitted under forum rules).

Of course the analagy that was drawn using knives as an example, applies to many other fields e.g. Car & Driver, Musician & Instrument, Artist & Paintbrush et al. 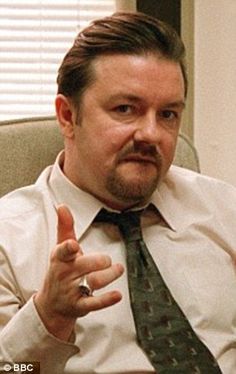 Bahnstormer_vRS wrote:Gentlemen, may we please move the discussion away from knives (not permitted under forum rules).

Of course the analagy that was drawn using knives as an example, applies to many other fields e.g. Car & Driver, Musician & Instrument, Artist & Paintbrush et al.

This isn't guns and ammo, or big boys in boots, it's a chef for gods sake.

I am purchasing a new Forge de Laguiole cutlery set, is that permissable?

Come on chaps, surely we need to show an element of common sense.