this is my beast. a 140# bloodhound/mastiff mix. big slobbery goofball.

My wife came with 4 cats but they all disappeared over the years. One cat went AWOL at the time they were doing the footings of a new housing estate behind us. We also have a Care Home for the Elderly nearby and one was abducted by an old lady. We got it back once (not the old lady) but it soon went back to her.

We do have a frog called Prince who lives in a washing up bowl in the garden but no chance of a photograph as the water is too murky. Come to think of it I haven't seen him since 2009.

Rooney enjoys searching for his ball in the snow, although this is as deep as he wishes - short legs and cold bits...UB

Let us hope all politicians are masochists, that they may truly enjoy our fondest wishes...
Top 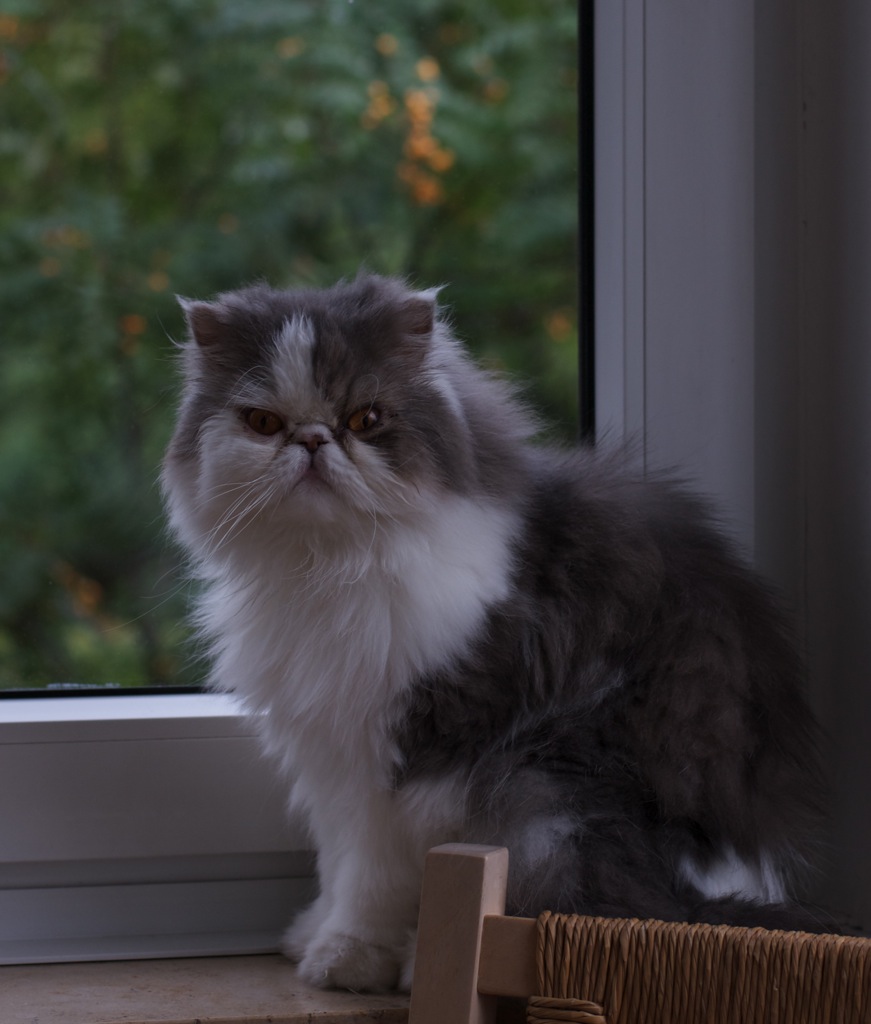 Our three "kids". From the left: Urho (borderterrier boy, a bit over six years), Armas (Australian Kelpie boy, almost a year now), Varpu (borderterrier lady, 8,5 years). Picture taken on a small rocky island about a kilometre out to the sea from the old town of Naantali. It's rather sunny and the sun is making Varpu look slightly angry... Wow bofh's cat looks frightening to me!! No pets any more, have owned to Border Collies in the past but they have long been in doggy heaven. I just get too upset when they go, should be OK now though they would probably outlive me! Mind you, then I would be worrying about what would happen to it if I left this world fior a better place!
Top

Ah, they're all lovely.
I had a cat for 17 years, wonderful chap he was, but my lifestyle is so pet-unfriendly. Fortunately he loved the cattery, but my bank-balance didn't!

When he died I went out and bought a leather sofa!
Steve
The half minute which we daily devote to the winding-up of our watches is an exertion of labour almost insensible; yet, by the aid of a few wheels, its effect is spread over the whole twenty-four hours.
Charles Babbage

This thread could have been made for me

I'll gather all the "Chester" threads and put them all in here shall I?

Anyway, we have two none human kids: Phoebe who is a 4.5year old rescue labrador (sort of, nearly, ish) who is without a shadow of a doubt the smartest dog on the planet! Okay, she's still scared of people (but given her intelligence and start in life, hardly surprising) but otherwise perfect in every way.

Okay again, she's not perfect at the moment as we've been up all night with her throwing up every ten minutes (literally) and normally under the bloody bed which makes cleaning up a real joy...

Always hard to get a goodpicture of her as she never stays still for long...

And then there's Chester. Or "CHesty puff juniour as he's better known. He's a Basset cross Springer and unofficial "Forum mascot" (in my mind at least) who's 9 months old today and a proper little character! Fat as a bacon pig and proper trouble. If you cut him in half he'd say "Trouble" right through the middle like a stick of rock. He was Lorns Christmas present and he adores her, and she him. He also adores Phoebe and can't understand why she won't play with him at the moment. ALso, he thinks everyone and every dog in the world wants to be his friend and he insists on saying "Hello" to one and all. Bit awkward if he spots someone half a mile behind him as he drags untill they catch up so they have a proper opportunity to give him a stroke/biscuit/fuss. 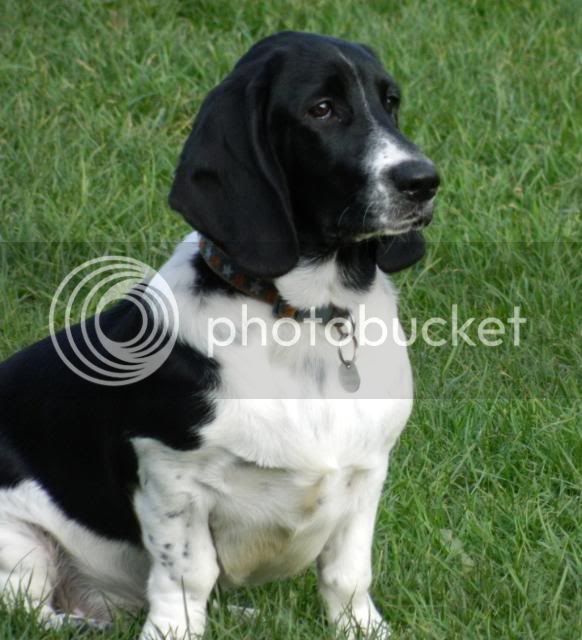 Chester and my other dog... Lorna!

This was after a particularly vigourous play session involving a cuddly toy!

This was when he was ill. Yes, Lorna really did push him for 3 miles a day while she walked Phoebe so he wouldn't feel left out... all four stone of him!

Worship the ground they poo on, the little gits!

Also got two cats. No pictures as it's my camera and I don't like the buggers! Well, I do, sort of... One's black and fluffy and looks like a picture postcard cat, but is a right mardy little git that only wants to know you at bedtime. The other is a little feral tabby that looks like a baby but is the same age as Phoebe! She kills everything up to and including seagulls which she then drags into the house through the porch window - yes, even the seagull!

Quietly, very fond of her as she's a right misfit and it's quite an honour to get to stroke her. She comes for a "purr" every night at bedtime and goes wild for a bit of love... but only with me at that time. The rest of the day it's a bit "Touch me if you dare!"

He was conservatively curious what I was doing with the new lens on my DSLR...

scooter, he did see an indian family practicing cricket at a park once and totally ignored them. i think he only likes baseball because there are cups of beer everywhere and i have to watch him like a hawk to keep his face out of them. and food everywhere. sheesh. a total chow hound.

i am *so* glad i haven't had the pleasure of cleaning up destroyed furniture with him. at that size, he could demolish a couch in no time. worst he's done is a shoe and some socks. he's totally content at destroying his toys. we bought one of those "tiger tough" toys once. he had the squeekers out in 5 mins.

and i realized i didn't mention his name is Moochie.

we used to have rabbits and a cat, but they've long left us.

great to see other people's pets (and how much everyone obviously loves them). on those rare occasions we've been petless, the house just seems empty.
the "g" is for Greg...
Top

There's nothing sweeter than sleeping cats.