I’ve got some news. I’m announcing the launch of a really exciting Christopher Ward Limited Edition bespoke watch project. Please allow me to explain. There is a bit of history, but stick with it and by the end, I hope you will want to be part of it.

In winter 2014 a group of Watch U Seek forum members came together with one goal. To design a watch that was something special. We had no idea what that should be, what it should look like or how we should do it, but we had the collective desire to produce a watch that looked beautiful and meant something. Registration for ‘Project Thor’ opened on November 19th 2014.

There is something about watches and old planes that just go together so well, and the aviation theme came quickly, as did the era - early jet fighters, and the design of the watch began to quickly move in the right direction. Then came the revelation. One of our number had been doing some wider research and he shared it with the project members. There were cool planes, nice photos but most of all there was the introduction of one of those great people, one of the pioneers, Air Commodore Sir Frank Whittle. The father of the modern jet engine. At the age of just 22, he invented the gas turbine jet, the predecessor of every jet engine built today. Like the Montgolfier and Wright brothers before him, this was a man that changed the course of aviation forever.

So, the theme was settled. We based the design on the cockpit instruments of the Gloster Meteor, the first jet fighter to use the engine designed by Sir Frank and agreed the watch should honour, and be named after, the great man himself. But here is the best part, on 15th May 1941 Whittle’s revolutionary engine took to the skies for the first time, and on 16th May 2016, 75 years later, we received a letter giving permission and support from Ian Whittle, Sir Frank’s son, to name our watch in honour of his father and his achievements. And so, we completed the design of our watch: the ACW111 - Dual Time. The initials of Air Commodore Whittle, the number of the RAF squadron for whom he flew, and coincidently the number of watches we planned to produce.

Unfortunately, our manufacturer let us down, the project slowly lost momentum, members drifted away and we thought that was the end. But the best ideas don’t lie down and for three years a few die-hard members kept the forum discussions ticking over, discussing what might have been and remembering the good times. Then, the founding member came back to the forum and we started to wonder, could we still make this happen?

We had a design and some loyal members but we still needed a manufacturer. So, a few weeks ago I contacted Mike France and told him all about the project and the opportunity to make a very special watch and I asked him if he and CW would consider making this dream a reality. Following some discussion, I’m absolutely delighted to say that Christopher Ward have agreed to help us bring the ACW111 to life.

Attached to this post are some pictures of our original design and a video we produced to promote it can be found here https://youtu.be/H-4MklB4naA. Our early discussions with CW have confirmed that this exact design is not possible, so we will need to make some changes. The aim is to start with this design and continue to take design cues from the cockpit of the Meteor and using the colours of 111 Fighter Squadron, come up with something even better. There is plenty to be decided and I’d like to invite you to be part of it. Not only will you get to buy a historically significant watch in honour of a great pioneer, but you will get to help design it too.

Originally, we had 111 watches reserved by active participants and 30 of those still remain with us, but we’d like to get some more. We’re throwing the project open to the members of Watch U Seek, the CW Forum and the Facebook Groups. It won’t be an LE affiliated to any one group it will be a model in its own right. If we can get back to 111 that would be a great way to honour Sir Frank and following our hiatus we can produce the watch to celebrate the 80th Anniversary of the first flight of his engine in May next year.

We have set up our own forum to discuss and manage the project, so please come and have a look around. You can find us here. https://acw111.freeforums.net You will need to register with the platform (name and email only) and then sign up to the project on our forum so we can keep track of the numbers. The registration thread, FAQs and all the important stuff is here https://acw111.freeforums.net/board/1/a ... tant-stuff

When you sign up to the project you will get to choose your serial number from those available and will get to vote on the design decisions. There is no commitment to buy at this stage and you can leave the project at any point. Deposits will be taken before manufacture begins to make sure we have enough people. If you don’t want to sign up to the project you can still join in the fun and the discussions, but you won’t be able to vote. While there are spaces available, you can choose to join at any time.

If you have any questions, feel free to ask me here or join the fun on the project forum. One of the best things about the project was the fun, discussions, banter and debates we had. Designing the watch was almost a by-product. I’m really excited to do this again and I think with CW, we can get this made. I’d love you guys to join us. 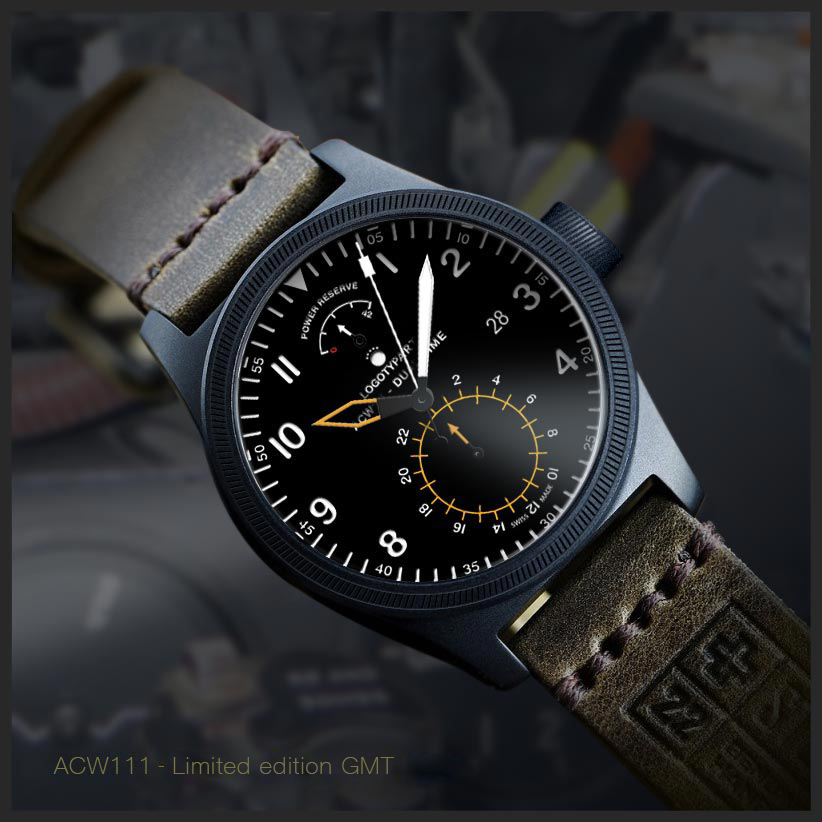 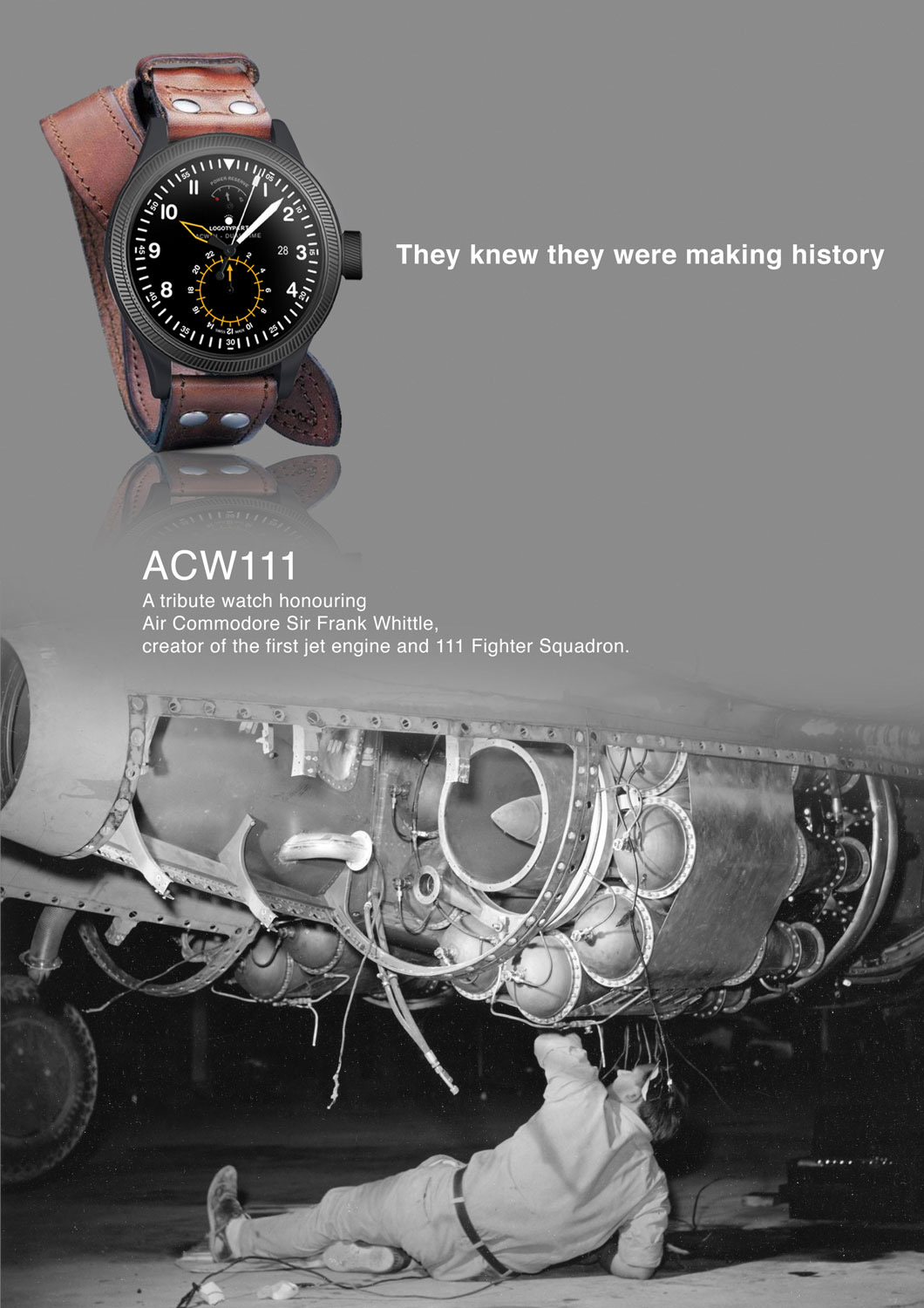 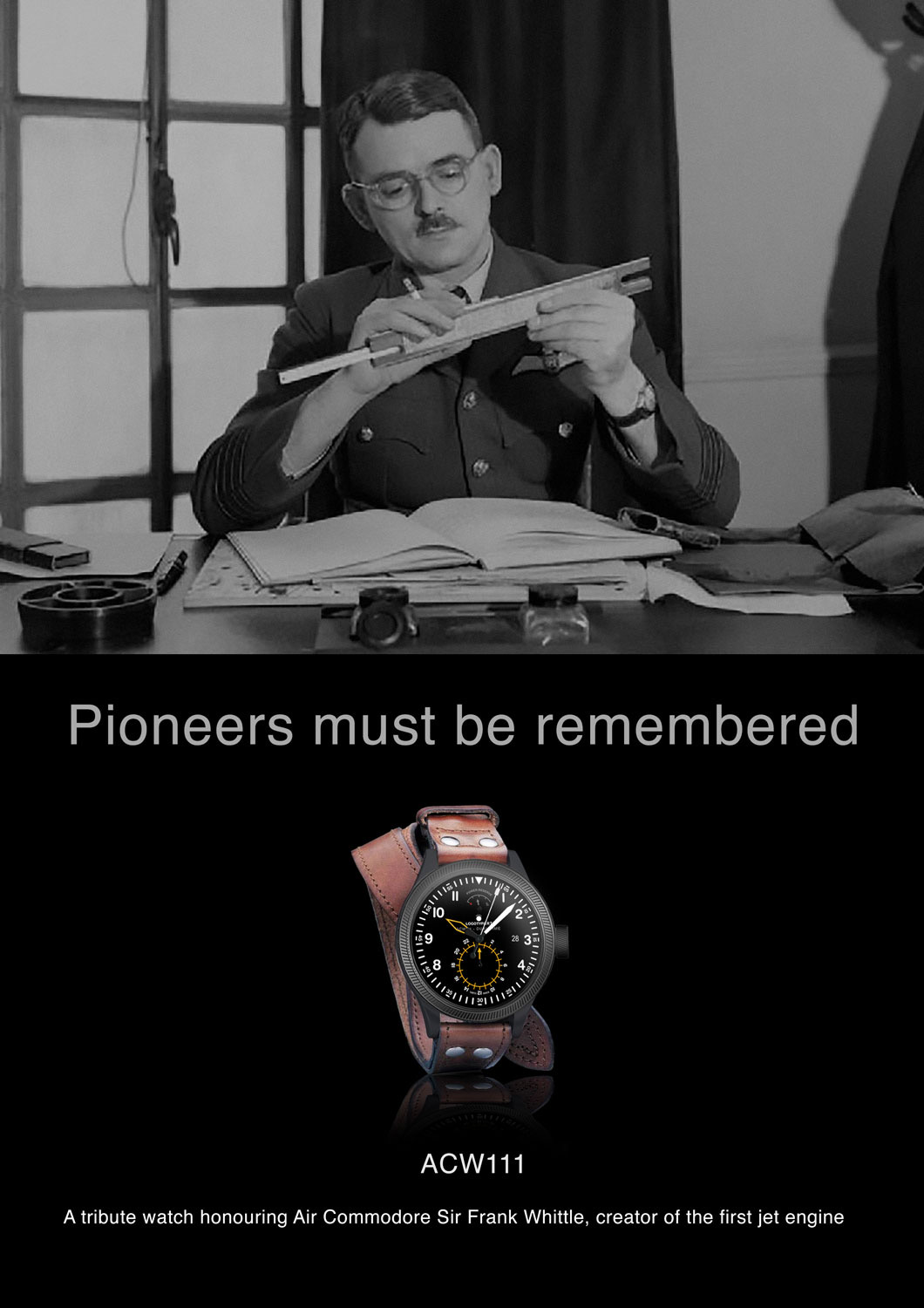 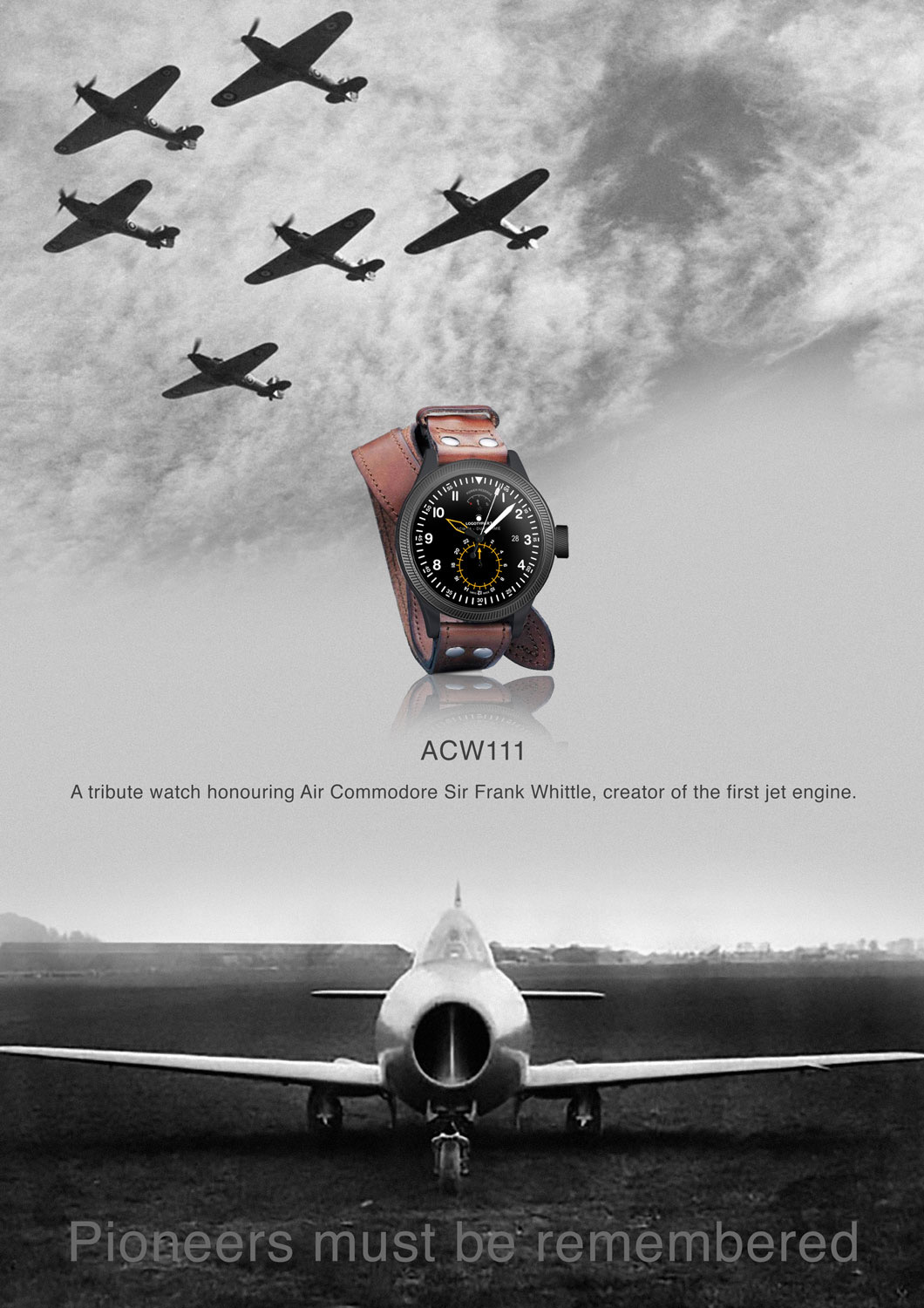 It looks like you and the team have made a splendid start and I wish you all the very best of luck bringing the project to fruition.
www.jmarchitectblog.com
Top

I'm probably looking too hard in all the wrong places though I have now registered through your link but not yet signed up for anything. I guess my old brain is addling but....

Not addled! The price is not set yet as we still have to revise the design. The original budget was around £1000. We will have to change the design to some extent as the original movement is not available (It was a SOPROD A10). We have some options with CW. One would keep it around the same price or we could go the SH21 route which would obviously increase the price significantly. That will probably be the first vote.

I’ve signed up for the forum, but I’m definitely not one for the watch. This is such a good story that I want to follow along to completion and see the finished product.
Andrew
“I can't stand it to think my life is going so fast and I'm not really living it.”

Thanks for posting this, it’s a really exciting project and a great looking watch

I’ve joined the forum and registered as per instructions.

Of course Cranwell is where the first Meteor flight took place in 1943 and there is a large academic building named Whittle Hall in his honour, where we did most of our classroom studies.

Good luck with this, looking forward to help make it a reality.

JasperCat wrote: ↑
Sun Aug 30, 2020 2:33 pm
Thanks for posting this, it’s a really exciting project and a great looking watch

I’ve joined the forum and registered as per instructions.

Of course Cranwell is where the first Meteor flight took place in 1943 and there is a large academic building named Whittle Hall in his honour, where we did most of our classroom studies.

Good luck with this, looking forward to help make it a reality.

That is a great story, and a worthy historical reference.

I have a few GMTs, and although I’m not a movement expert, I’ve not seen a GMT hand on a subdial before, and I’ve not seen a power reserve on a GMT. With the bonus of black DLC, that’s worth following. I’m going to sign up.
My name is 0uatiOW, but before you ask, no I don’t.
Top

I have a few GMTs, and although I’m not a movement expert, I’ve not seen a GMT hand on a subdial before, and I’ve not seen a power reserve on a GMT. With the bonus of black DLC, that’s worth following. I’m going to sign up.

Sadly that is one of the things that will have to give. We have some options, but a separate GMT dial is not one of them. The aim is to get as close to this design as we can. A PR is not impossible, but that is all to be decided once we start discussing and voting.
Omega SMP|Victorinox Groundforce|Orient Mako/XL|Steinhart OVM|Smiths Everest|C60 Trident 600|C3 Malvern|Seiko Recraft|C8 Pilot Mk2|Vostok 1965|Laco Aachen|C8 Flyer Mk1|Seiko Monster|C7 Rapide|Steinhart Aviation|C65 GMT|C9 AM GT LE|C60 Bronze|C8 Al Deere
Top

Has to be an SH21 movement.

Variation on a theme of the C8 PR?

Been done with the M2.04 Concorde LE. Should be easy enough to adapt the dial design.

Has to be an SH21 movement.

Variation on a theme of the C8 PR?

Been done with the M2.04 Concorde LE. Should be easy enough to adapt the dial design.

The ‘Whittle’ wasn’t technically a fighter, it was an experimental prototype.

Thanks for all the interest guys, we’ve got 84 participants signed up to the project forum and the LE serial numbers are being snapped up fast. If you haven’t joined the forum yet, and you think you might want to join in OR if you’ve joined the forum but haven’t completed your registration and chosen your serial number, don’t delay! We may fill up! You guys and the FB group got first dibs but there are another couple of places we are going to plug the project, so there maybe another wave of interest and I don’t want you guys to miss out.

This will not be a watch for me, I'm afraid, but I think it's a fantastic project and I wish you every success.

Hopefully it won't be TOO long before we see them out there. I have a shrewd idea where one or two of them might end up!