I do believe that the first iteration of the C8 was the best. The blue dashes at the hour markers. the little red dot on the second hand, the 12 o'clock marker etc. etc.

What do you all feel? 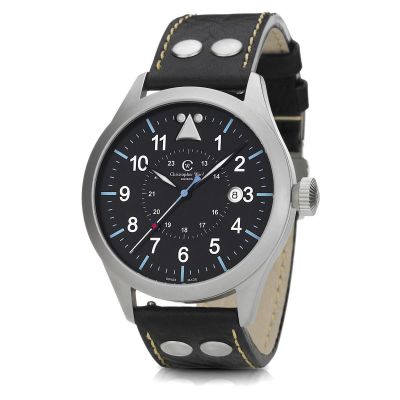 Coincidentally, I've been looking for another Pilot Mark 2 to complement my Cream Dial model ....... and have seen two versions of the CW Logo now, on a Black Dial Mark 2 - one matching mine, with the Logo in a small circle & one with the also familiar CHR.WARD iteration ...

The attached Pic serves to illustrate .... 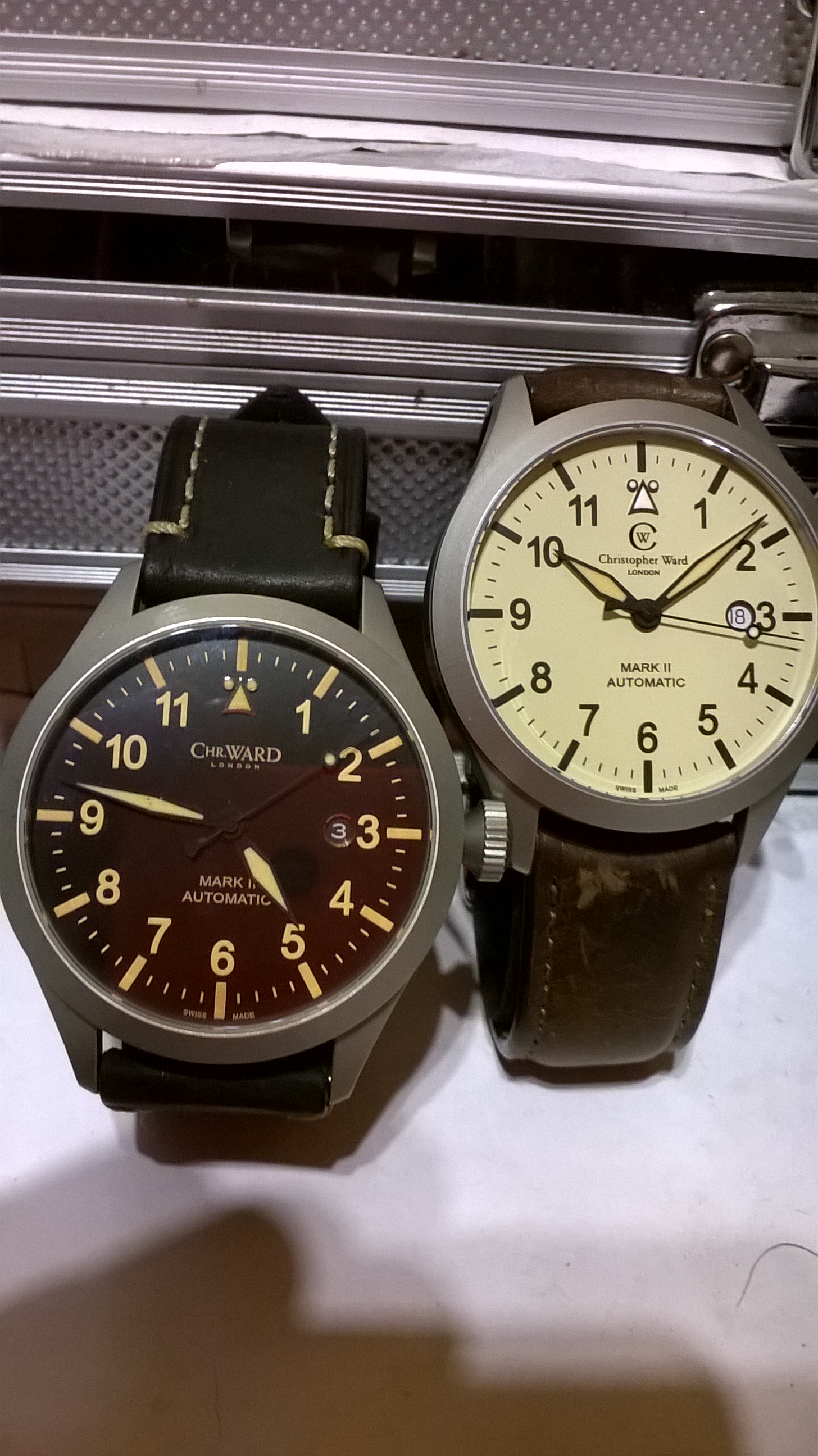 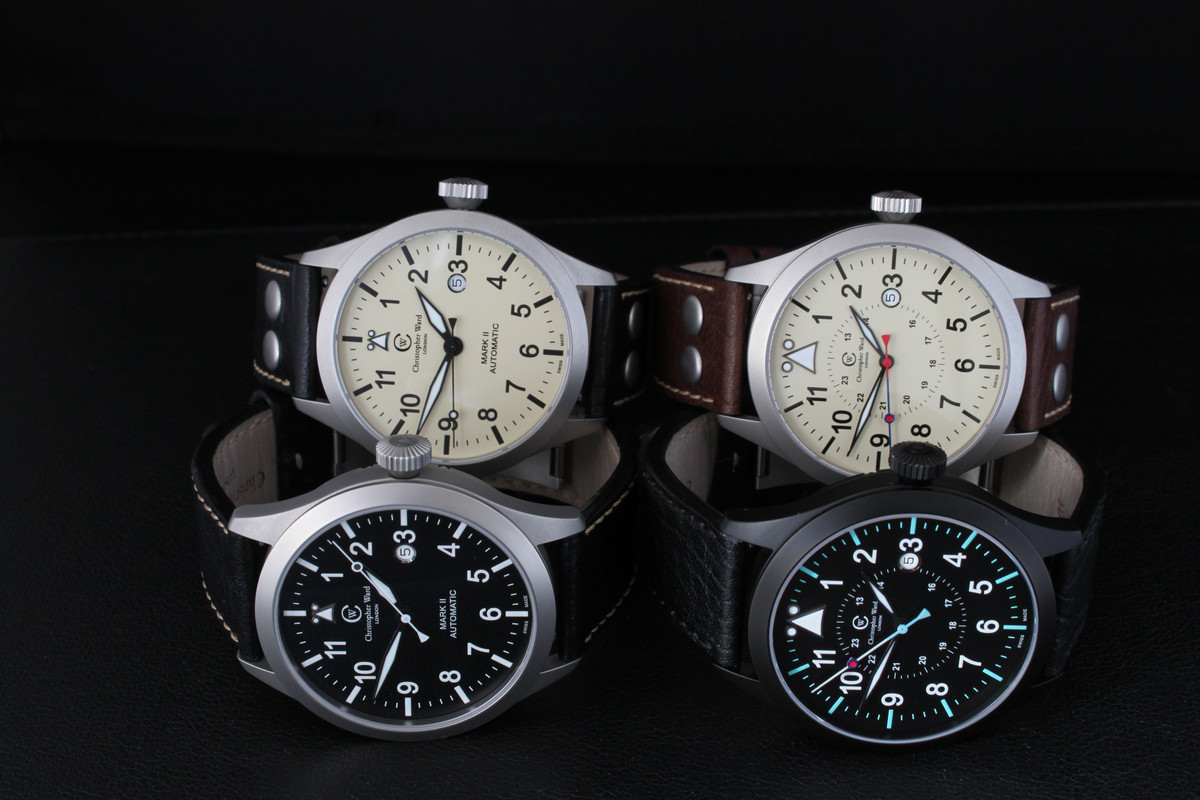 If I was being very picky, I'd say the hands on the Mark I were a tiny bit too thin. This was corrected on the Mark II but I think a little of the character was lost.
Richard
Top

I really like the way the original logo fills the space up under the 12 marker. Looks very good.

I'm starting to like the original logo better than the second one after preferring the opposite for years. Maybe I'm getting wise... or old?

I agree the Mark I is my favourite and the only one I own. Although I do like the Mark II now haven't seen one in a while. It's probably closer to the original pilot watch where legibility was paramount.
Top

If I was being very picky, I'd say the hands on the Mark I were a tiny bit too thin. This was corrected on the Mark II but I think a little of the character was lost. 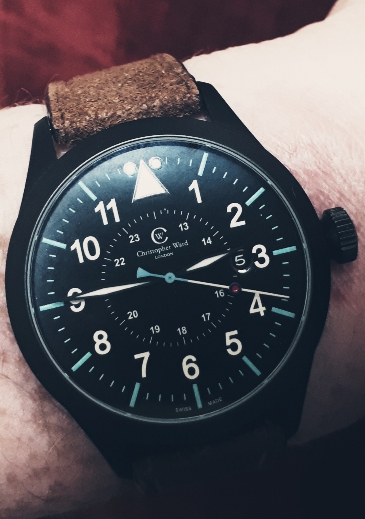 That one has been around the block a bit.
Richard
Top

That one has been around the block a bit.

I used to have No. 181. Bought from new but long since sold.
Des

The Blackhawk stands out for me. Slight swerve of the topic but I actually think the C10 was better proportioned (42mm) and a really good (but underrated) watch
Top

Let me start with a link to the CWArchives for the C8 Pilot MkI.

Not surprisingly, to those who know me, I have owned versions of both the C8 Pilot MkI and C8 Pilot MkII over the past few years.

I started off with a Cream dial MkII bought in the 2012/13 Christmas/New Year sale. I'd actually been after a MkI, as I prefer the more traditional aviation dial layout, but the MkI was not available at the time.

A while later, in April/May 2013, the opportunity arose to buy one of the final Last Chance Stock C8 Pilot MkIs (of which there were two available).

Three years later I sold it, to help fund the purchase of something else. Strangely enough, having offered it For Sale in the Forum Sales Corner it didn't sell. I therefore listed it on ebay and sold it for a better price.

However, I always believed the C8 Pilot MkI is a better watch than the subsequent C8 Flyer, well to me at any rate, and I often though about getting one again.

When therefore I was in a position last year to be able to buy and one popped up For Sale via another forum member, I jumped at the opportunity. As it happens, the original owner of the watch was @Downer who bought it in Feb 2009 and sold it in October 2011.

Its still with me and appeared in the CW of the day thread not so long ago;- 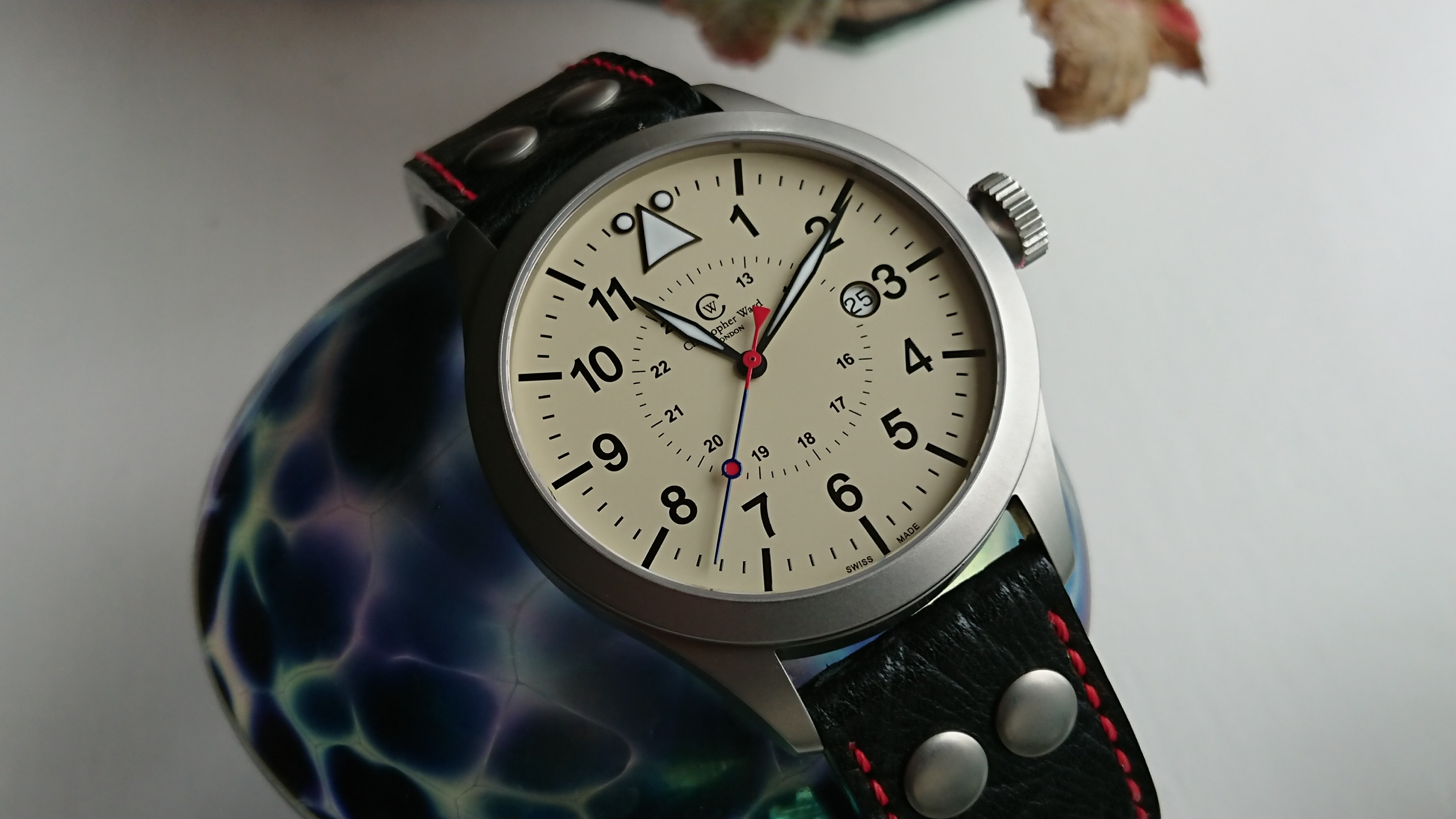 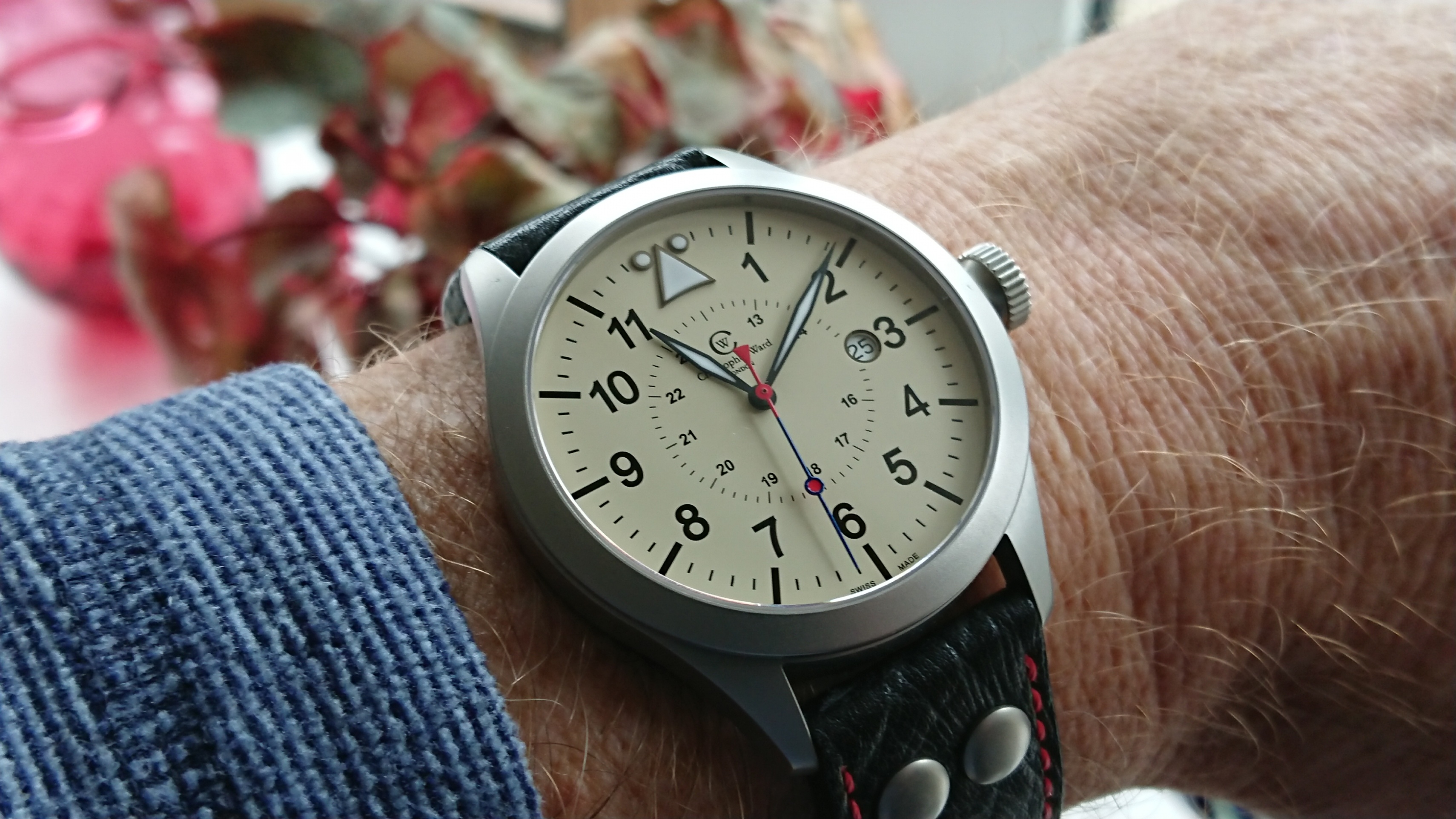 As it is so gloomy outside the lume shows up a bit, with an indoor shot. 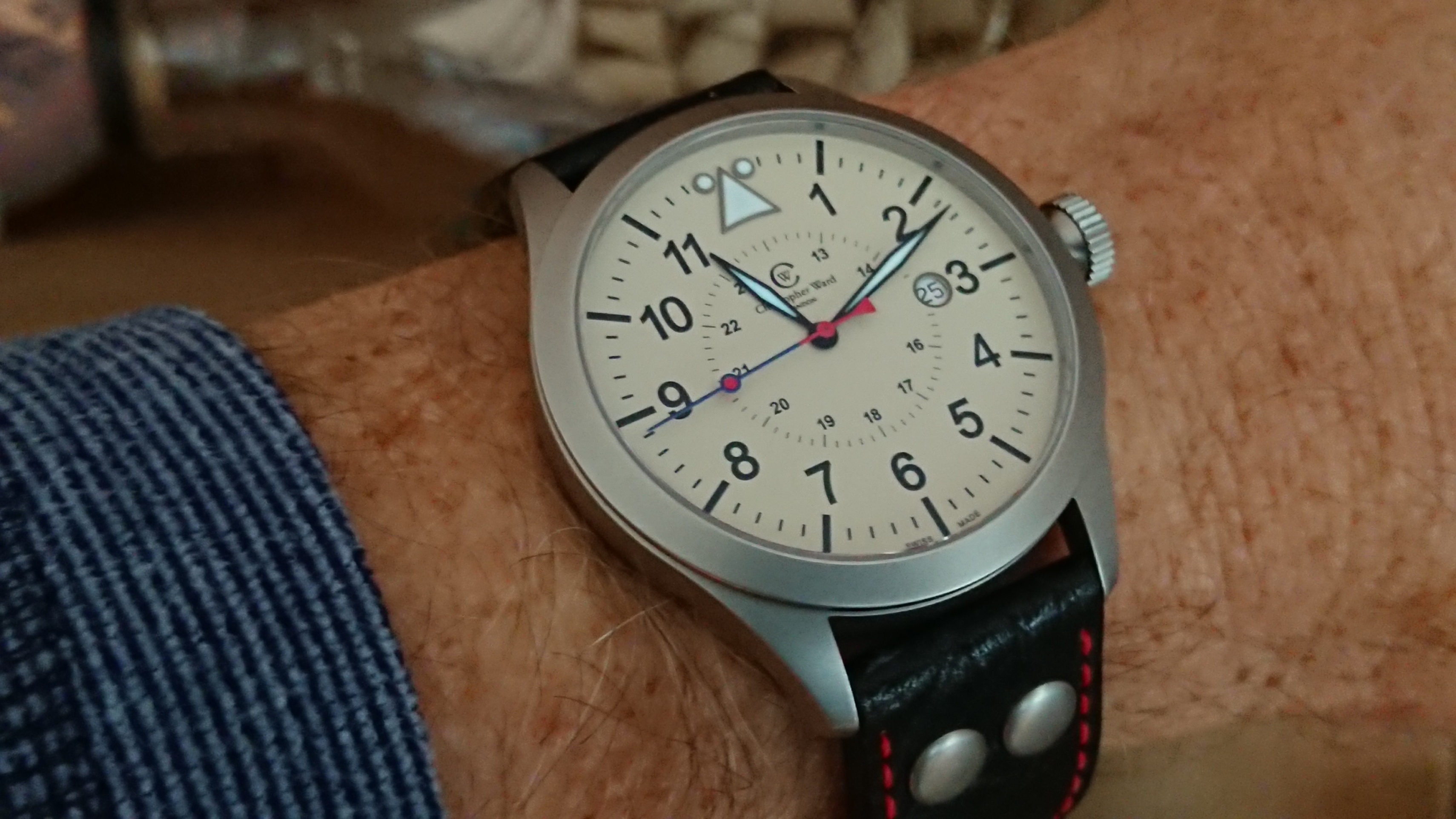 How long I keep it remains to be seen, given the fluid nature of my acquisitions.