I sent my C60 Trident in for potential repair in April. I was advised after the initial check that it was just a service that was required. I rang in them know my payment details to pay for the service and was advised this would take 7-8 weeks. After waiting around 7 weeks I customer services to check on the status, and was told the service had not even started as payment had not been taken. I was advised due to to miscommunication that a complimentary service would be arranged as a priority and that it would take another 2-3 weeks.

So at that point I was expecting the watch back at the beginning of July. I rang to check on this in the middle of July was advised that the watch was under final QA and would be sent out shortly. I then went on holiday and expected the watch to be back with me by the time I returned. 4 weeks passed since then and there was no communication about the watch being returned.

I emailed Scott this week, only to be told again that the watch is under QC and will be sent out shortly. He mentioned it might have failed QC although there was no indication of that on the system. Delay after delay and I don't seem to be getting any closer to getting the watch back

. I'm always the one that chases them rather then one of the customer services team taking ownership and keeping me up up to date.

seems like I'm not the only one having to face a delayed return.
Top

First off dh1raj - welcome to the Forum. It's a shame that your first post on here is about CW CS - how long have you had your Trident? It would have been great to have read an introduction from you prior you needing to send it back to CW in April.

Most certainly it is CS the wrong way around when the customer is the party having to chase news of progress rather than what should happen, i.e. CW keeping you updated.

It's possible that this being your first post you may not have read in another thread that the Customer Services Manager is no longer at CW or is about to leave. It may be a good idea to contact them direct by phone to understand where your watch is in the CS process.

Hopefully it will get back to you very soon and I'm sure we'd all like to read about it and more about you rather than just 1 post of despair.
Top

Thanks for the reply. I have had the watch for about 4/5 years. I never had any problems with the watch itself.

I spoke to the customer services manager yester so he hasn’t left just yet. Hopefully he sorts out my watch before he goes.
Top

I received the watch back finally. However I have noticed that the watch face has been changed, when I bought it I had the ChrWard logo 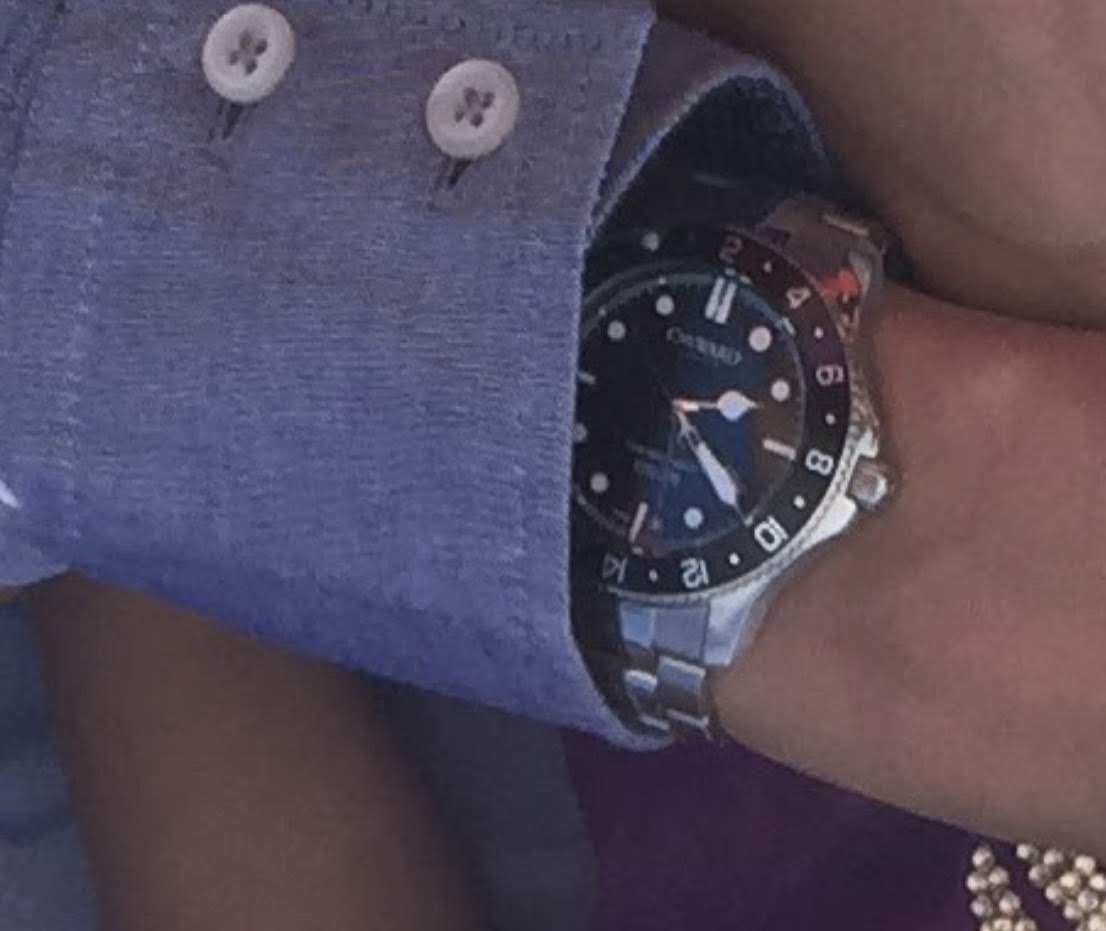 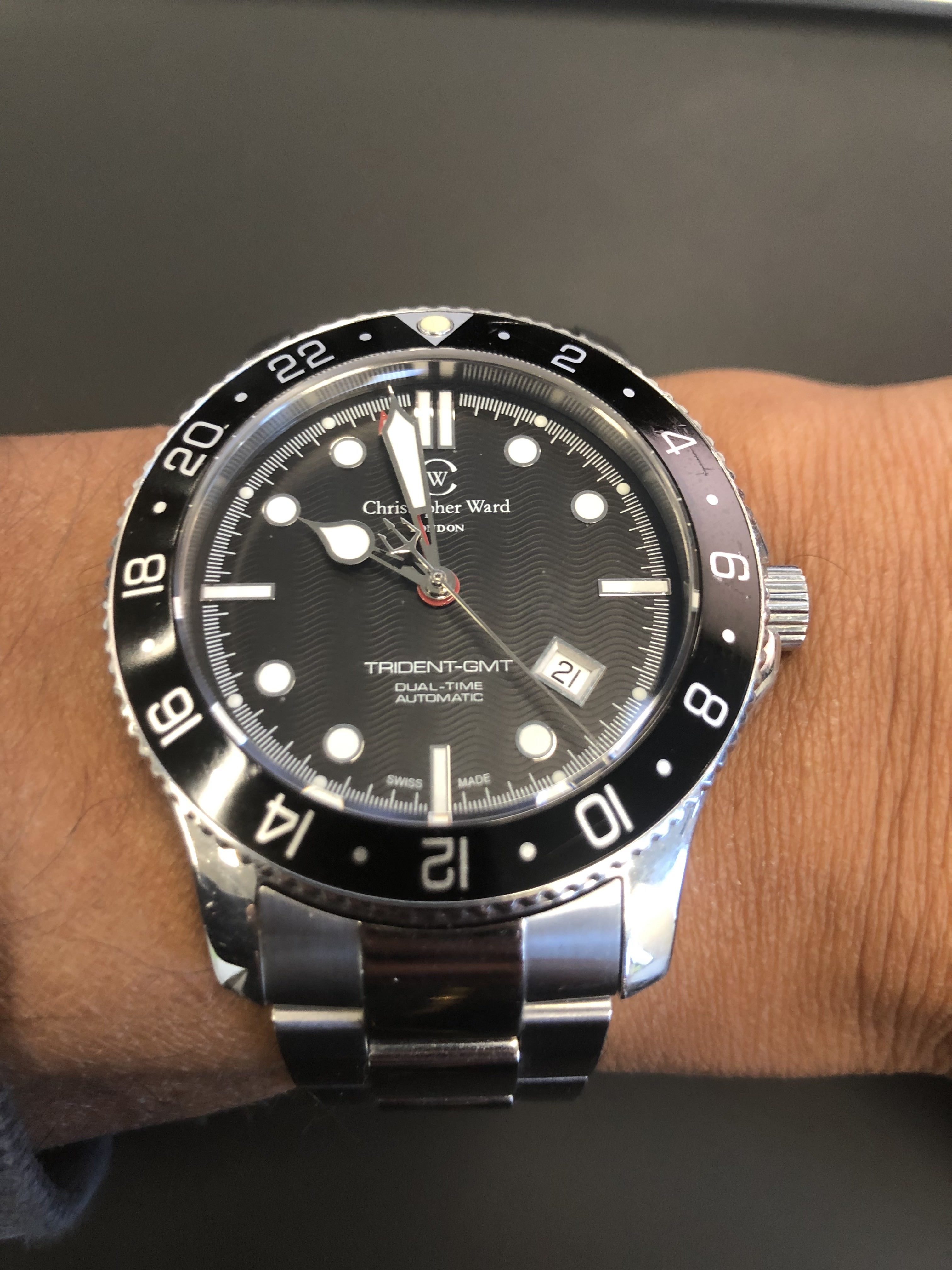 I was not informed why this was done as part of the service. I preferred the face I had originally, any advice on what I should do about this?
Top

The dial is not changed as part of the service.

Have you checked the number of the watch on the case back, to see if it is the same as the watch you sent in?

I didn't expect the dial to be changed as part of the service, but it has. I didn't make a note of the number on the back before I sent it in, but apart from the dial, the bezel, strap or clasp have not changed (I can see same old marks on them).

I don't really fancy sending it back given the CS issues, but at the same time I don't think this is right and i'm not sure what I should do about it.
Top

What you need to do is verify the serial number against your original paperwork or the service request form.

Then contact CW immediately as to the dial or watch issue.

Otherwise, all you can do is live with it and that doesn't sound like what you want to do.
Kip

I wonder if they damaged the original dial during servicing, so had to replace it with a new one.

Either way, I much prefer the old logo. I wish CW would drop the new logo!
Top

I wonder if they do it on purpose for some mild gratification to see if the owner will spot the difference?

It's worth remembering that one long time member had his repaired watch sent to someone in Ireland and it took CW 3-months to retrieve it?

So do make sure you really have got your watch back.
'Tis me
Top

Wow. Just wow.
WatchChat on Facebook - A relaxed and laid back group of watch enthusiasts chatting about watches and whatever else happens to come up.
Top

Wow. It gets worse.
Jon

Oh god, you shouldn't laugh, but that's just hysterical. How does that even happen???

I have a very hard time believing that CW would change the dial from a Gen 2 logo to a Gen 1 logo. There is almost zero chance that the OP received the same watch back that he sent in. Very unfortunate.
2017 CW Forum "Darwin Award" winner.
Top
Post Reply
19 posts