Ah better late than never; this evening we will be having -

Ah better late than never; this evening we will be having -

It was in the 70s here today, so I picked up a T-bone with an eye towards grilling. I wound up busting out the immersion cooker to cook the steak sous vide - 90 minutes at 129.5 for a perfect medium rare edge to edge. Then a quick seer on the grill for a damn near perfect steak! 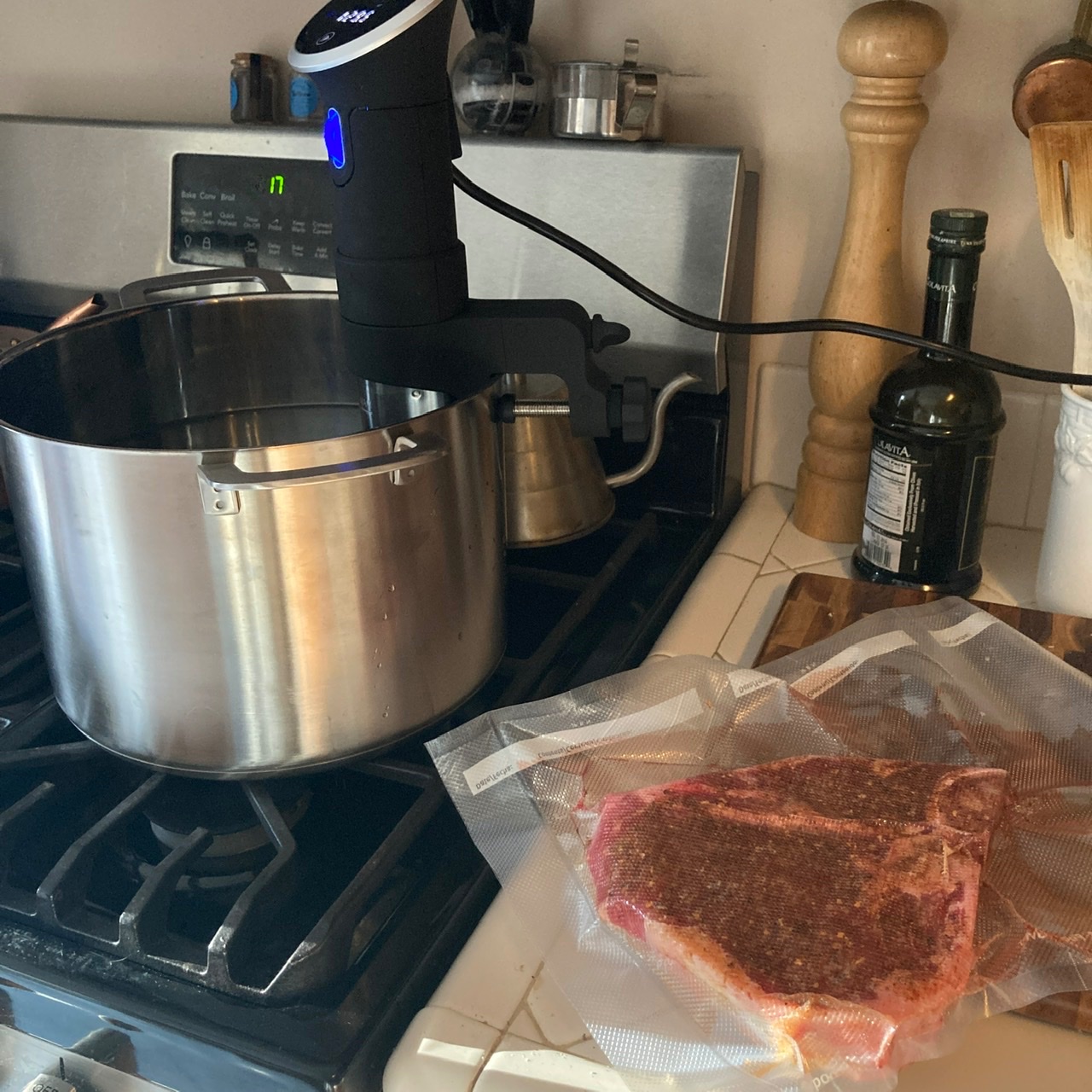 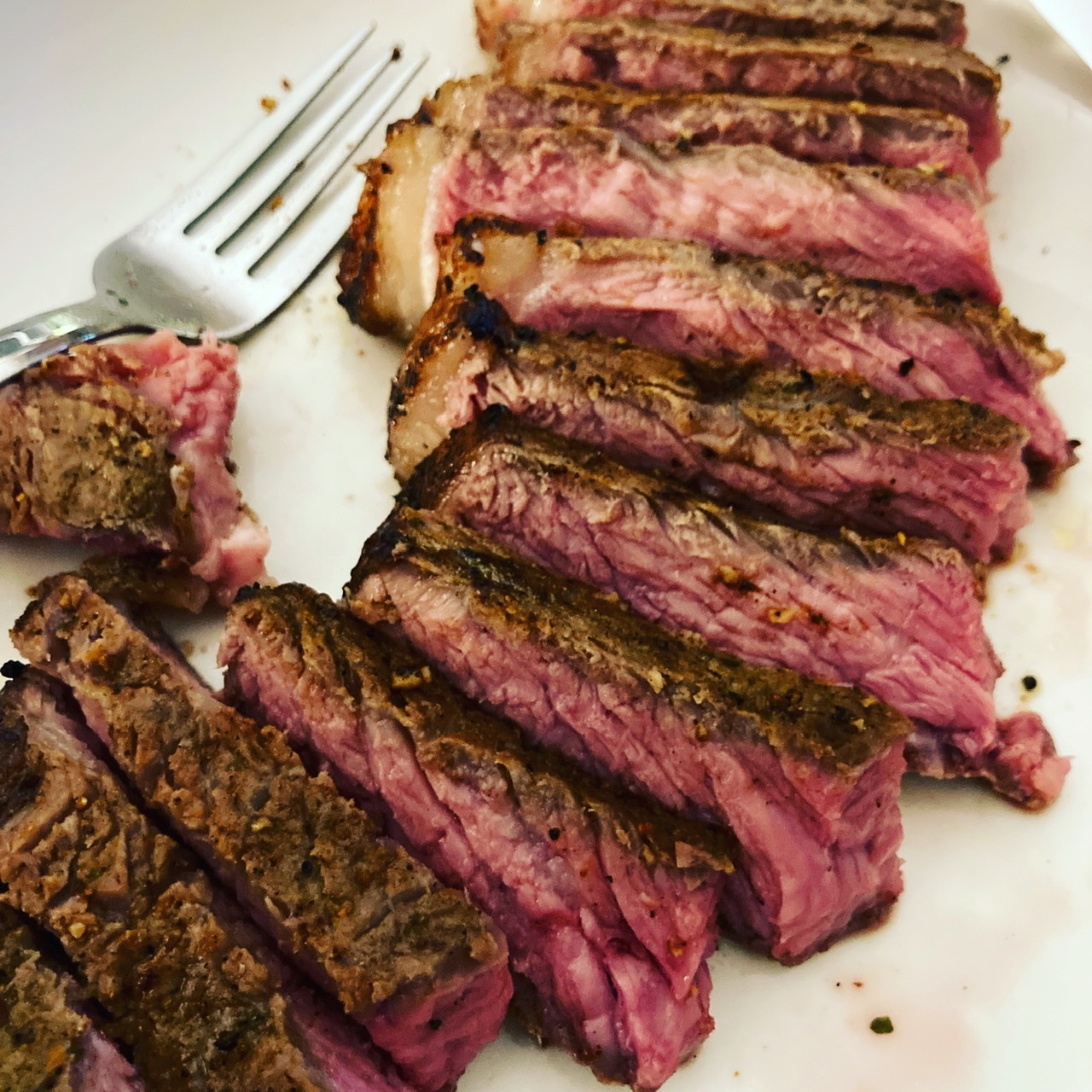 Stir fry tonight, using the latest piece of Le Creuset I bought a few weeks ago. It was delicious! 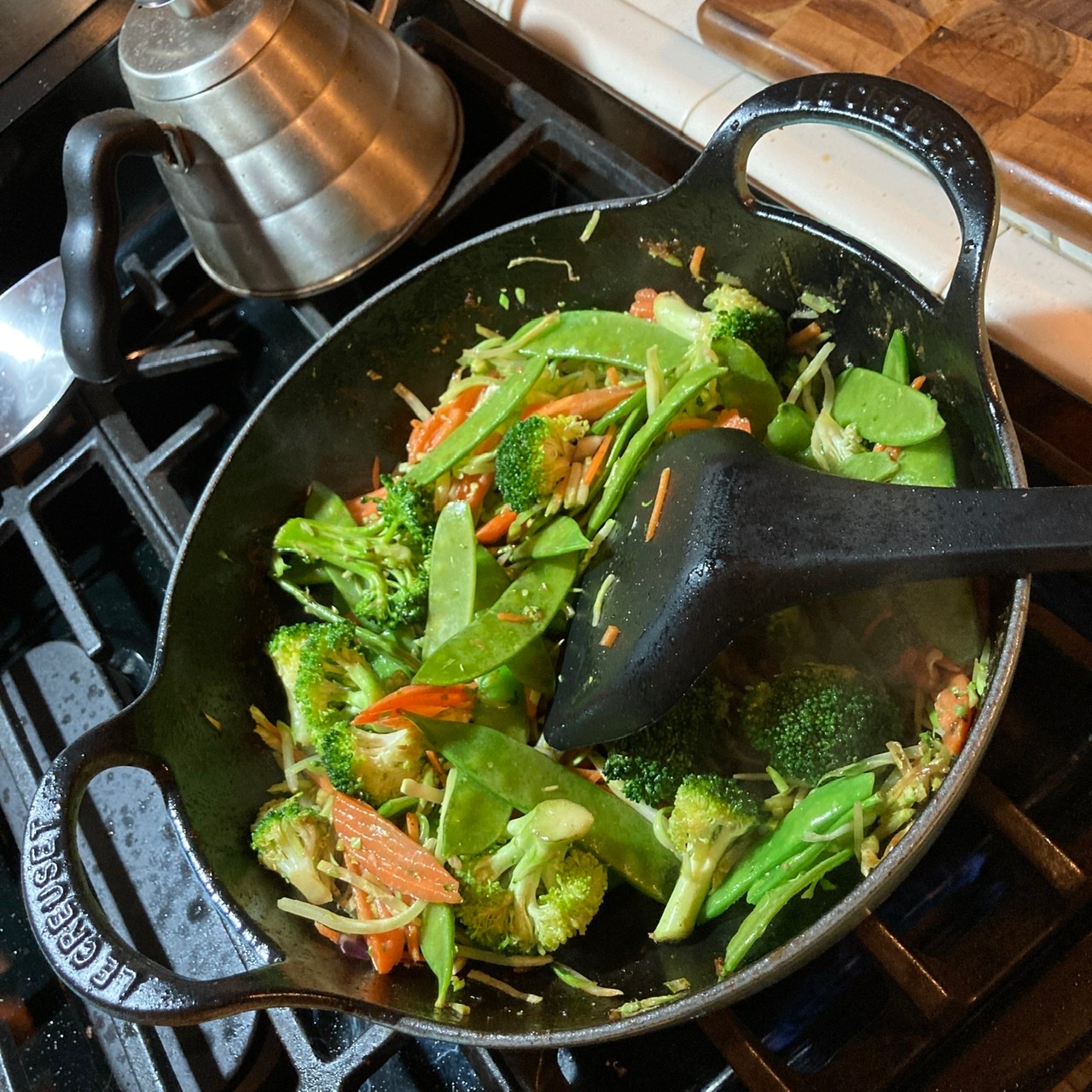 Oh, and it’s not latest piece. I just bought an 8qt Oval Dutch oven. I can’t resist a sale! Arrived today just before the wife got here. She hasn’t noticed it yet.

^^^ She will if she ends up dropping it on her toes!

These users thanked the author nbg for the post:
jkbarnes 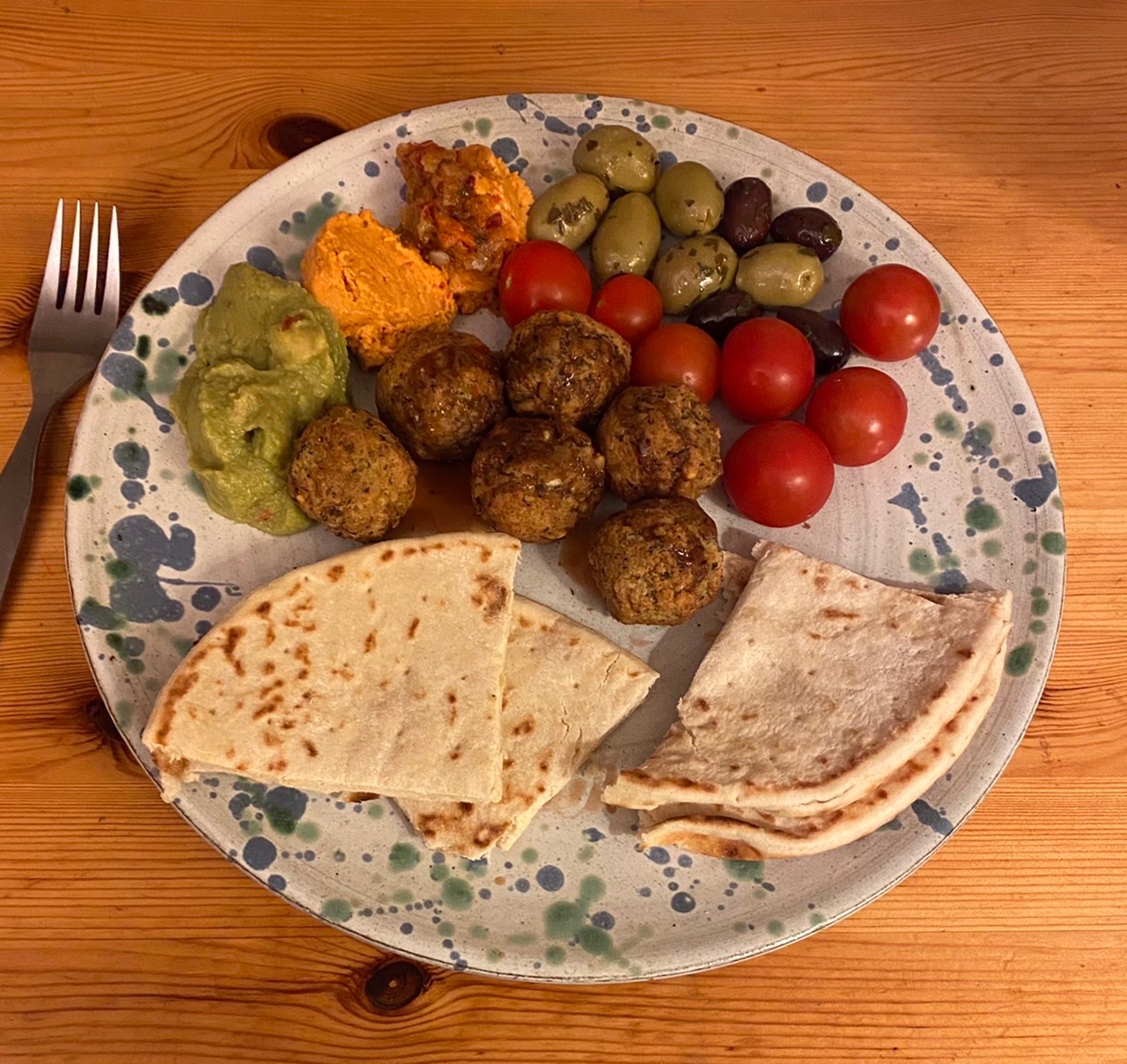 My dinner from last night in hospital;-

Pan fried Sea Bass on a bed of spinach with skin on roasted new potatoes, accompanied by a Fruit Salad. 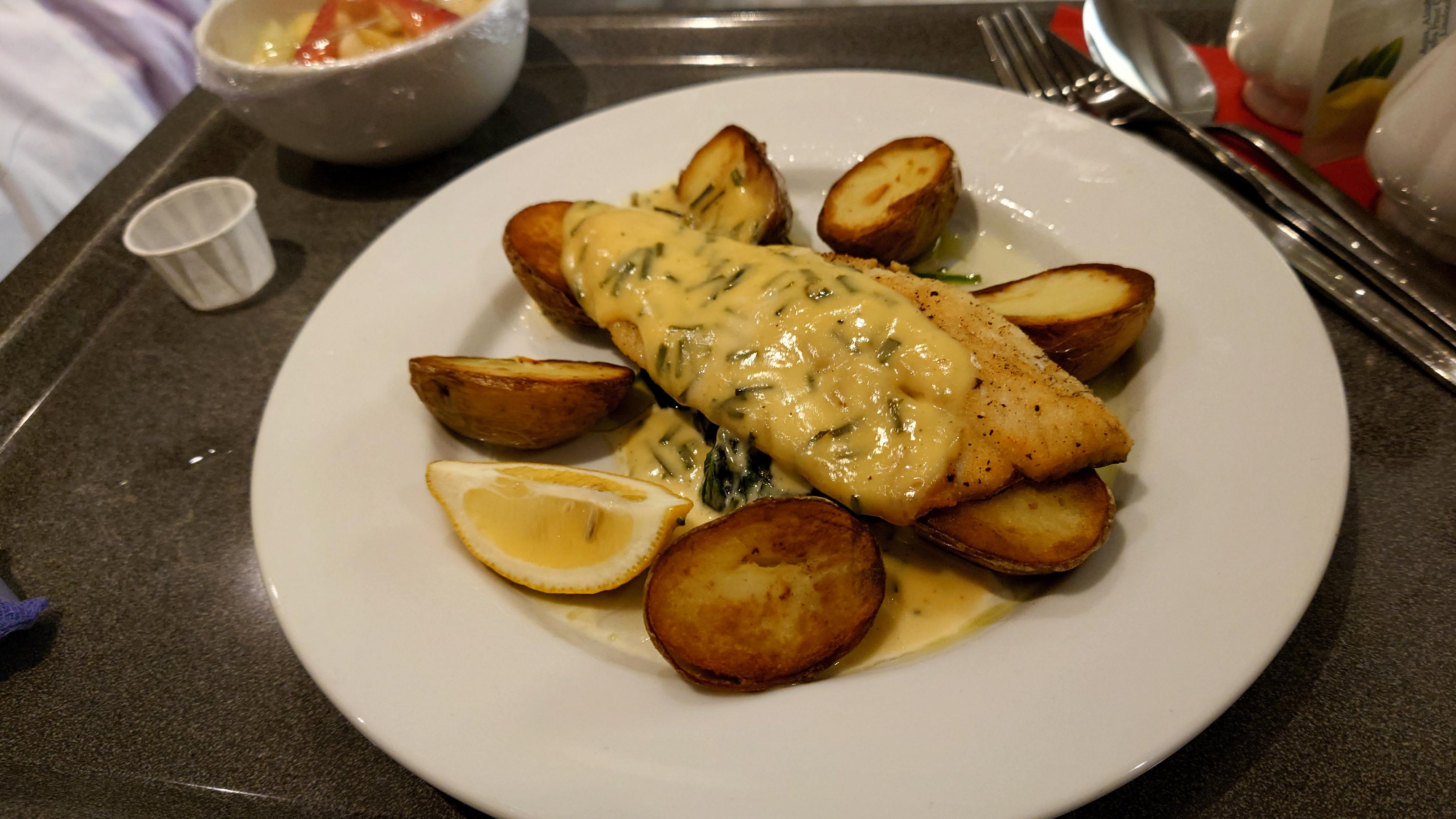 Pan fried Sea Bass on a bed of spinach with skin on roasted new potatoes, accompanied by a Fruit Salad.

If it tastes as good as it looks, that’s impressive for hospital food!
Andrew
“I know. You know I know. I know you know I know. We know Henry knows, and Henry knows we know it. We're a knowledgeable family.” ~ The Lion In Winter

^^^^ It did Andrew, even though I ate it cold having dozed off (thanks to my meds at the time) for an hour or so from it being given to me.

These users thanked the author Bahnstormer_vRS for the post:
jkbarnes 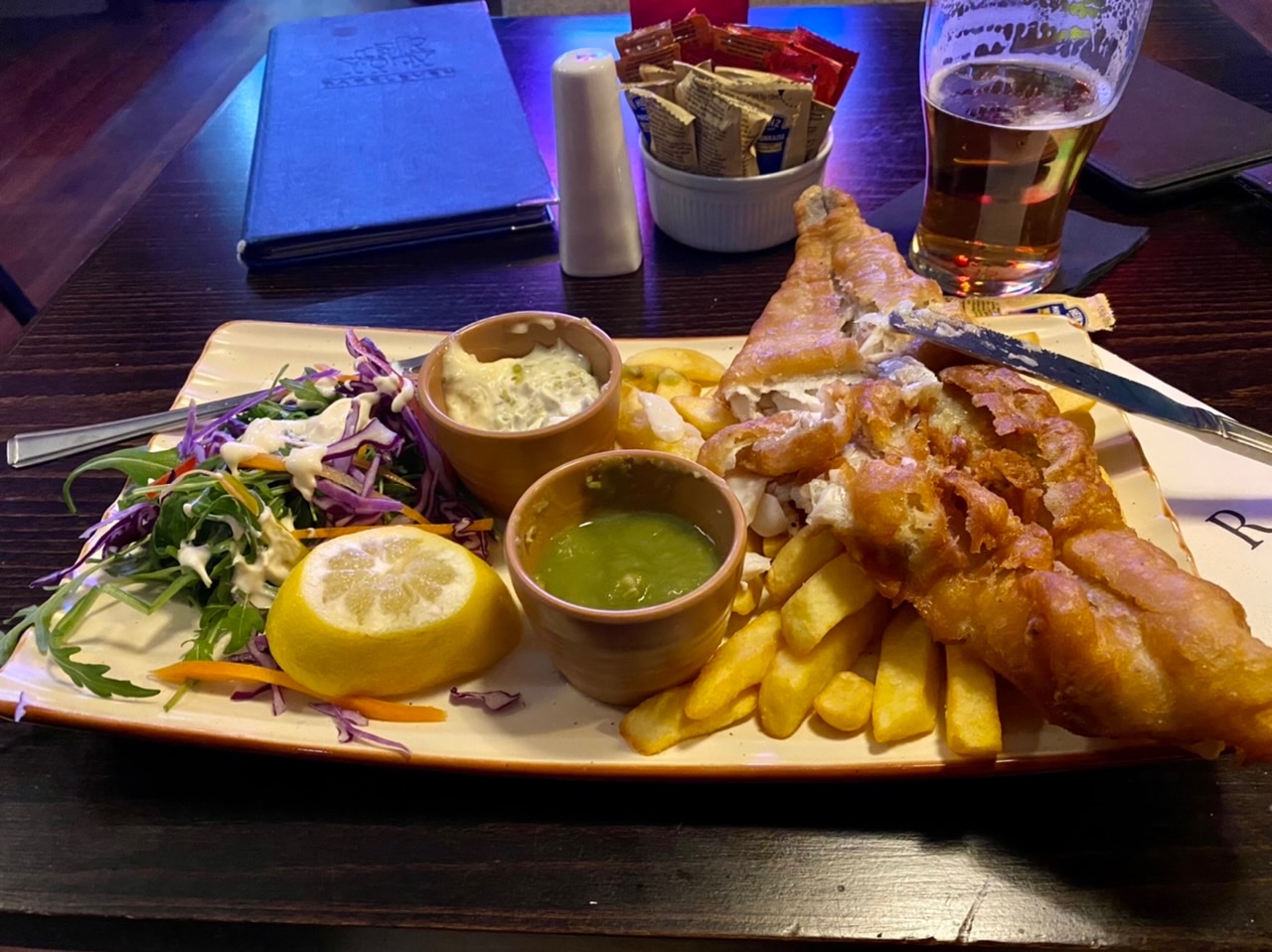 ok, not necessarily "for dinner," but a cooking post nonetheless.

last week i received a new toy. an anova precision oven (which includes a heavy steam feature, where i can create 100% humidity inside the oven).

so far i've made four true anova recipes inside (along with some regular "i normally just cook this in my oven" things, like toasting a bagel or heating something up).

First was bagels. Came out pretty well. A tiny bit overcooked (user error, not the machine). but tasted good. i think next time i will also make 6 bagels instead of 8, i like my bagels a little bigger. 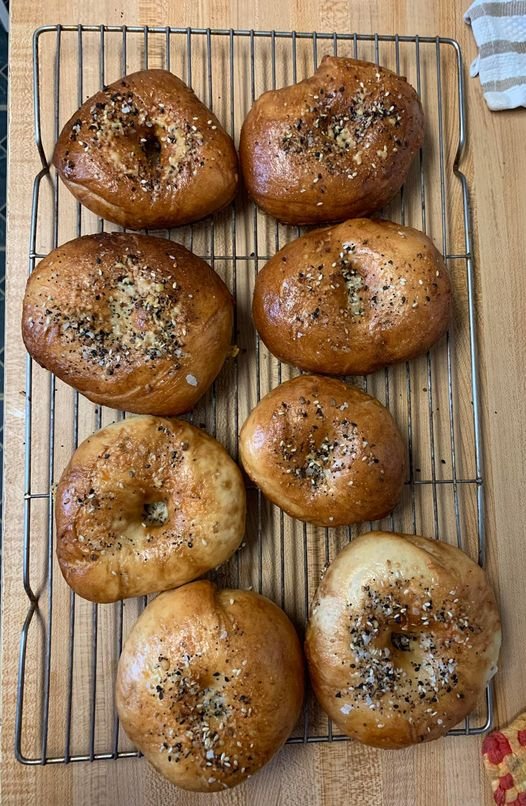 Second was missouri pot roast (no pictures, i was too hungry to think about pics). Very good. pepperocinis added a nice little bite to the shredded beef.

Third was pumpkin creme brulee (haven't put the sugar on them (dessert tonight), so no pics yet). Maybe an update later after grilling up some steaks.

Last was soft pretzels this afternoon. again, slightly overcooked. they didn't brown as much as i was hoping with the actual cook time, so i left them in a little longer. that was a mistake. still taste good, but the outside has a little crunch to it (unlike a true soft pretzel), so i need to learn to trust the timer. maybe my alkaline bath (baking soda/water) needs a higher alkaline content for browning. or i need to actually do lye. 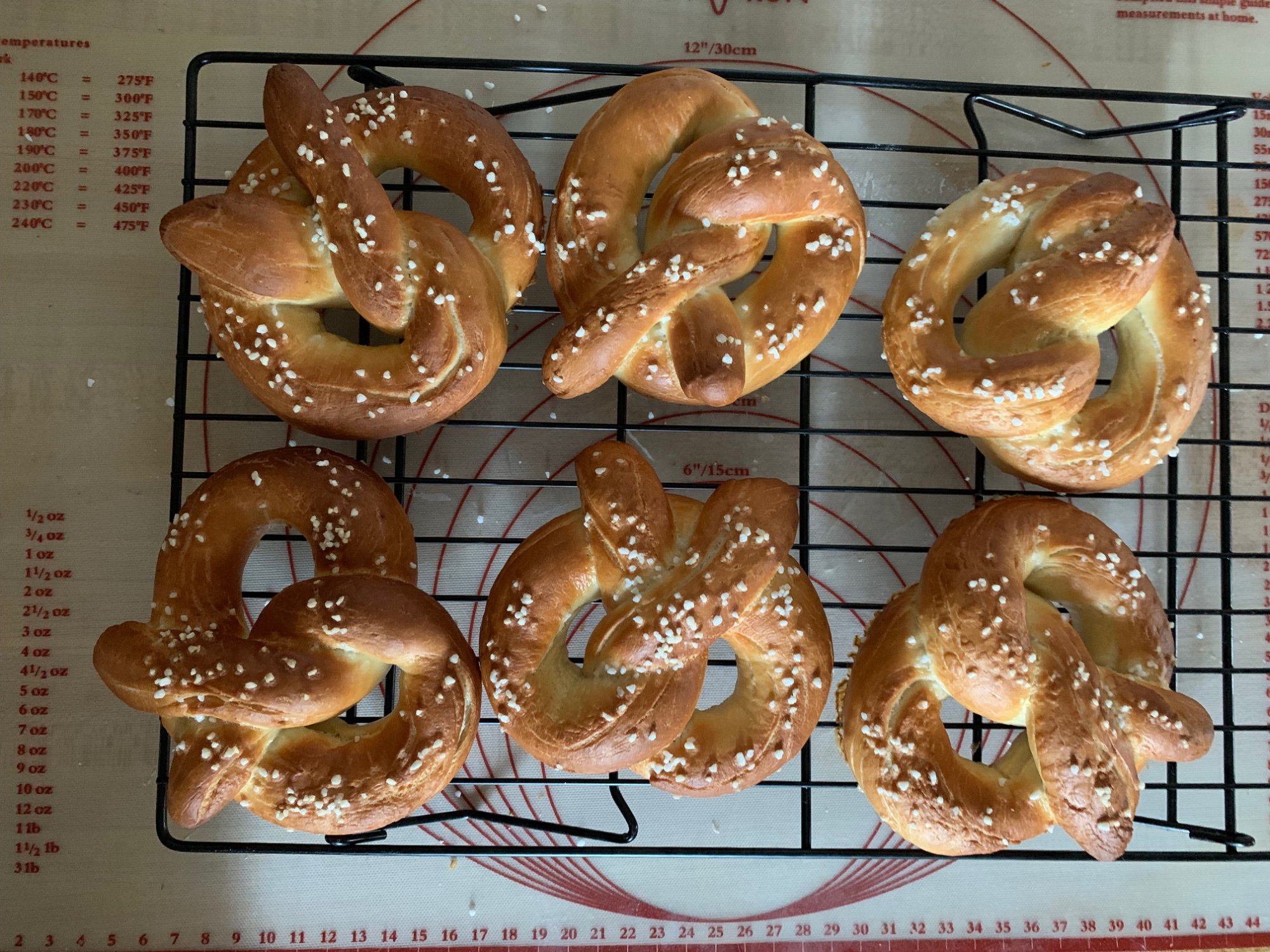 so far, enjoying having the anova.
the "g" is for Greg...
Top

Tonight my wife made a very enjoyable cheese and sweet pepper omelette.

What we do have is a Tefal Optigrill. Highly recommended. Warm it up, insert burgers, steaks, chicken, sausages etc, and the auto-sensor calculates the cooking time from the cooking option selection, and the thickness of the meat. Always seems to work correctly, and the non stick grill surfaces clean up in seconds. Rarely use the grill on the cooker now, other than for bacon.
Top

Not really for dinner but I'll be trying this soon;- 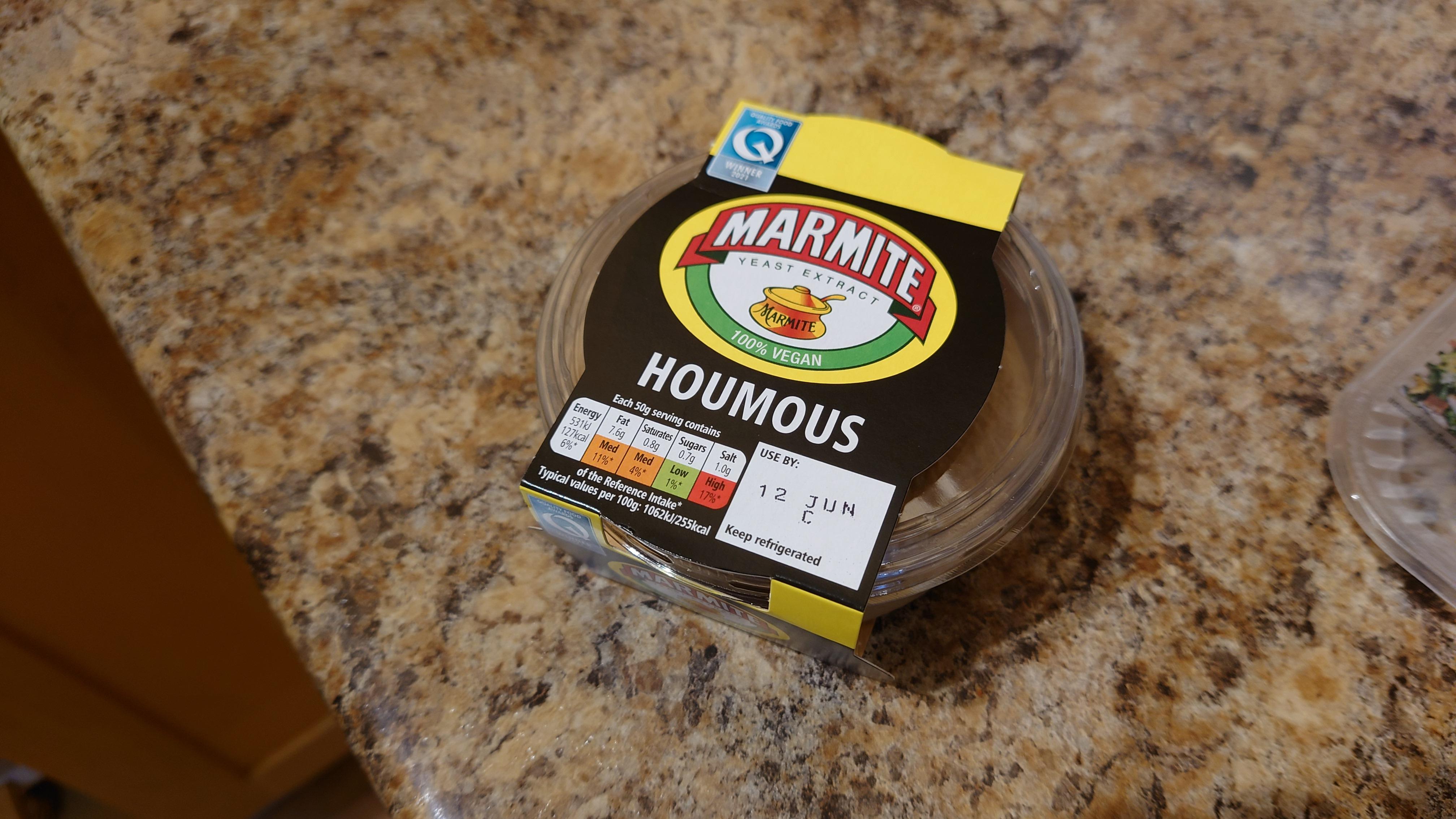 Tortilla de patatas…I haven’t made this for ages! 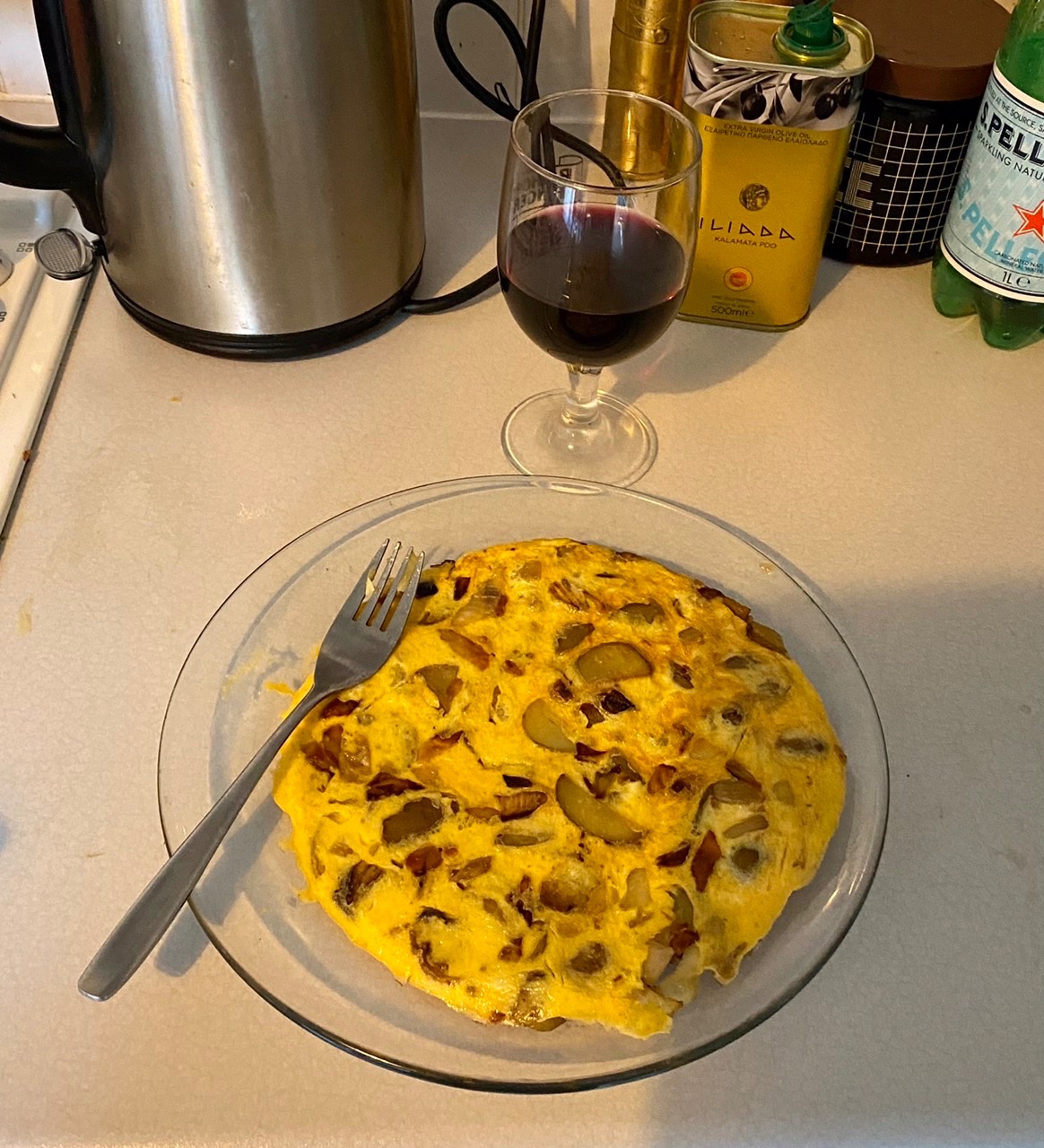 These users thanked the author Amor Vincit Omnia for the post:
jkbarnes

Avoid loud and aggressive persons; they are vexatious to the spirit. (Max Ehrmann)
Top
1175 posts