I purchased a C65 LE SH21 from eBay that came with all papers (except COSC certificate) and noticed there was lint so I sent it back and CW removed it under warranty. However, I just now noticed that the hour hand has scuffs/scratches on it: 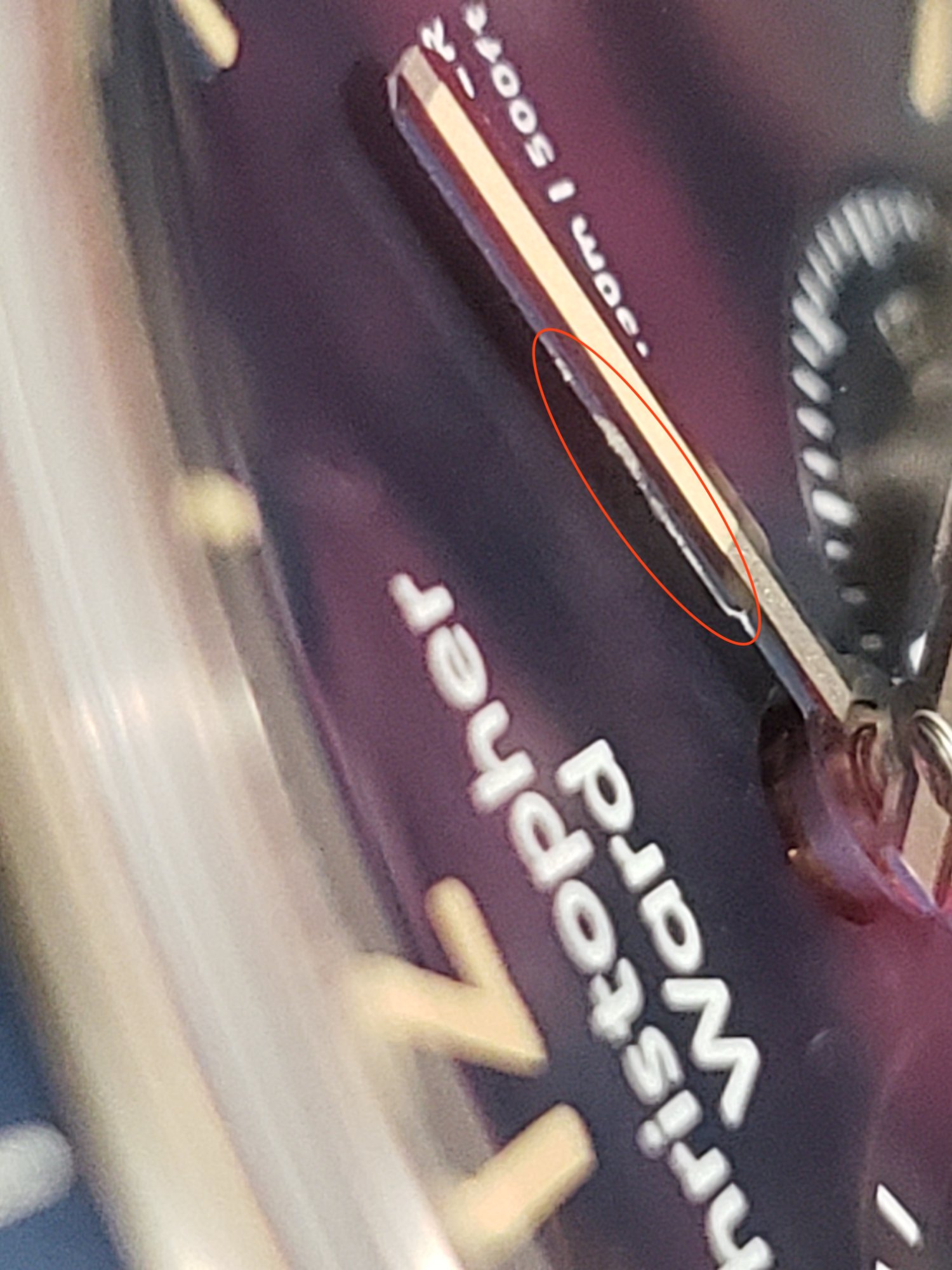 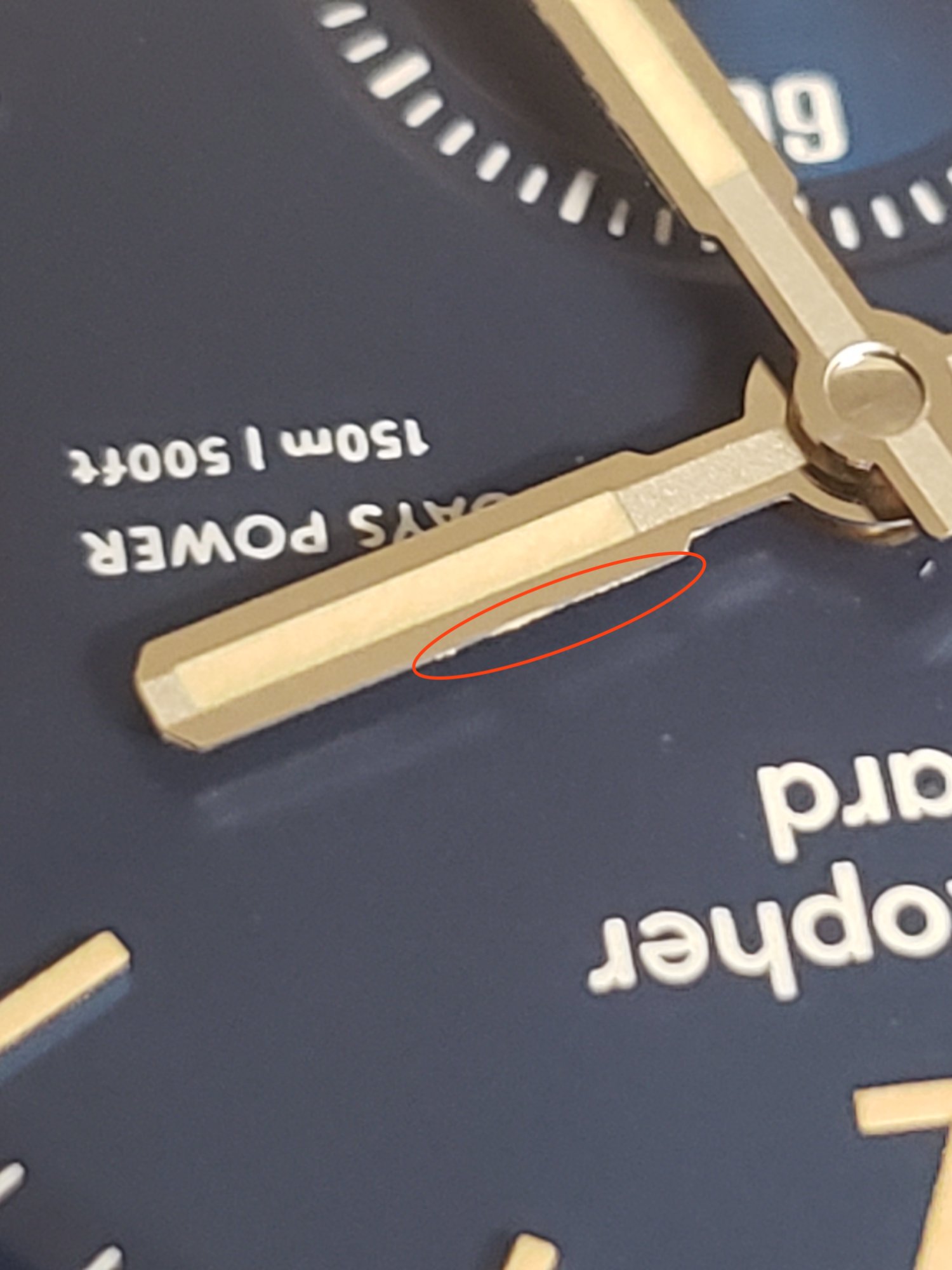 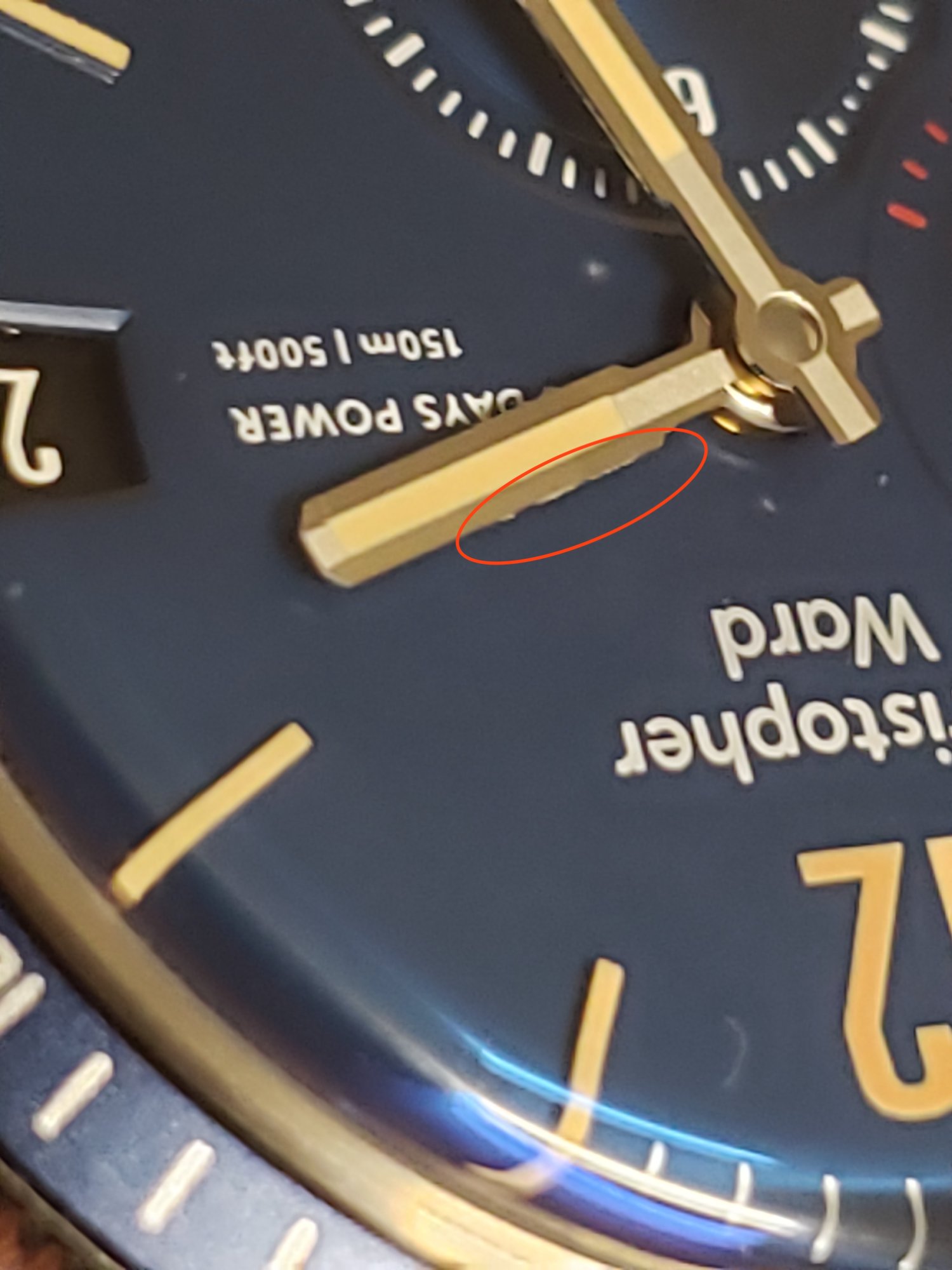 Am I being too overly-analytical about this? I replied to CW and they told me the technician inspected my watch and it met QC standards before it was sent back. Regardless of the fact that I bought this secondhand, I analogize these scratches to something that did not meet QC to begin with and could not be caused by the customer.
Top

I’ve seen threads for a few issues where CW initially gave this type of response, then capitulates when pushed back.

I think you have the right of it, and if you respond back to CW with that explanation and reasoning they should take care of it.

Unless it's a reflection, the minute hand seems to have a similar issue.
Top

Are you looking at that through magnification? Can you see it with the naked eye in standard use? I thought I had decent eyesight but I need to accept I probably no longer do!

It is a tricky one under warranty. The original recipient should have probably have flagged this when they bought it and not accepted the condition. As it won't have developed over time and won't impact the working it becomes a tolerance discussion. In the case of the lint that shouldn't be there and may impact working later so can understand why they did that with no debate.

Hope you can live with it or manage to get it sorted.
Top

Thanks for all of your opinions.

The pictures were taken with my phone's camera zoom. I do notice it with my naked eye at certain angles. Obviously now that I know it's there, it becomes hard to unsee. I get that it's a tolerance issue so maybe I'm just venting out of frustration. I do see it as a QC issue, but also believe the polishing helped hide it a bit (much like the lint earlier was obscured, in part, by the "boxyness" edge of the sapphire crystal. I responded to CW so was just curious as to whether anyone else would think this is an issue or if I should just live with it.

I think there is some mark on the minute hand too, but again, the polishing makes it hard to capture. The hour hand was just more prominent and it takes a slightly angle tilt to pretty easily notice it in my opinion.
Top

I am not saying it is right and I can certainly see how it could be missed during a QC check, but if I had to look under magnification and/or twist it around to see at certain angles I would not be concerned one iota.
Kip


Visit the CWArchives for everything CW. Historical, specs, manuals and resale. It is all there.
Top
Post Reply
6 posts • Page 1 of 1