Teddy Baldassarre has produced an interesting video this New Years Day explaining the history and function of quartz watches and also a few good arguments for why WIS should have at least one in their collection. I currently have two quartz watches in my collection, a G-shock, and an Elliot Brown Holton. They are both great additions to my collection for very specific purposes. I love mechanical watches, but will always consider a quartz if it grabs me for a specific reason. 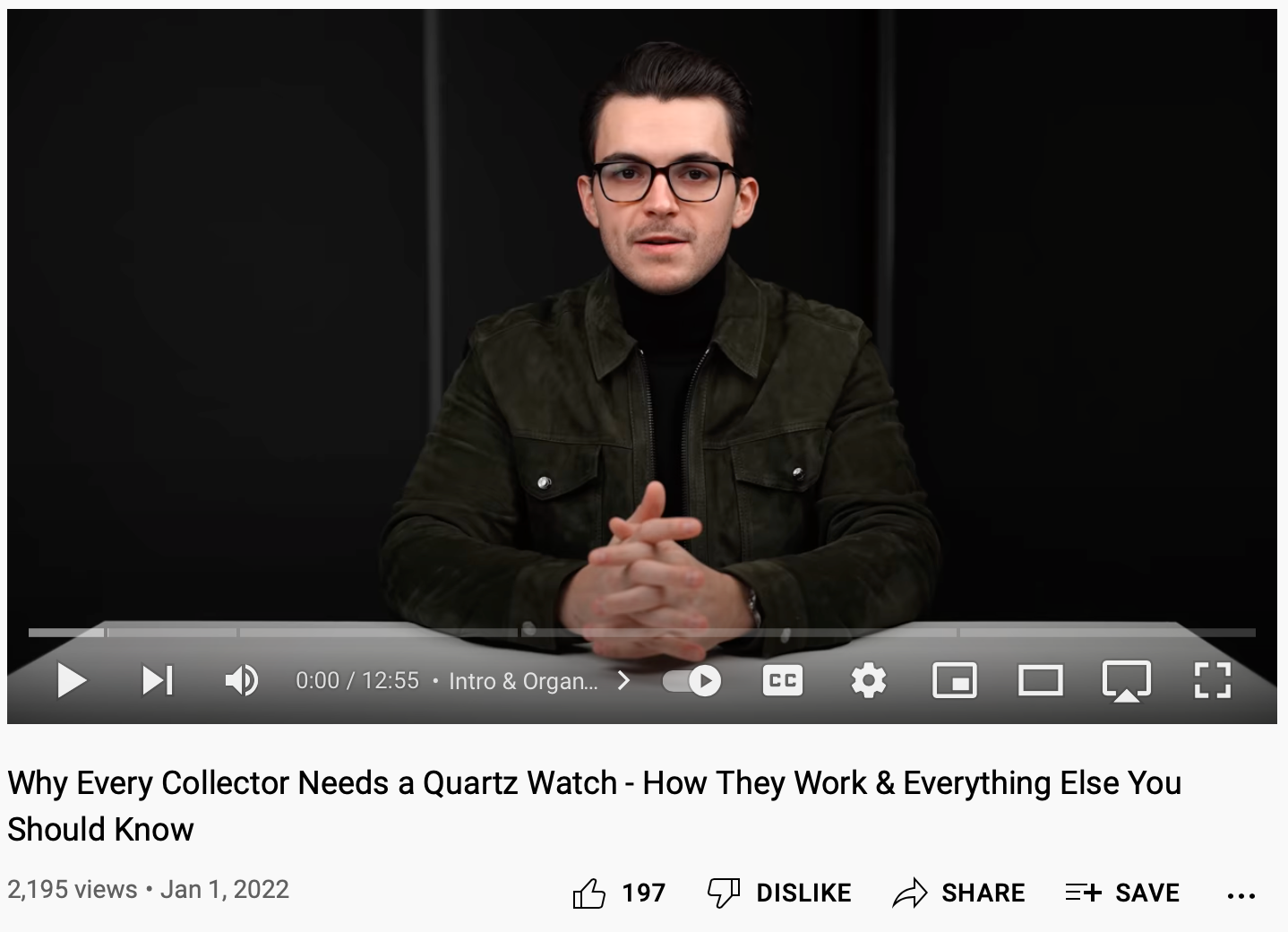 That was a really good video, thanks for sharing. I especially enjoyed the basic comparison of the two types of movements.

I love my quartz watch, a C65 AMGT LE. The accuracy blows me away and brings a smile to my face every time I take note of it not losing a single second over whatever period of time.

Andrew
“I can't stand it to think my life is going so fast and I'm not really living it.”

I have no probs with quartz watches either, it was quartz that brought me to mechanical watches after all. As much as I enjoy the sweep of a mechanical second hand; I also enjoy the definite tick of a quartz. Maintenance free, cheap to run and unbelievably accurate. I also find the consistency of the 32,768 oscillations amazing in its own right. There is so much snobbery around watch wearing and collection. It's the least attractive aspect of the whole thing for me. I try my best to let it go over my head.

Even a broken clock is right twice a day. T Soprano
Top

Enjoyable video thank you for the link.

And if you want a battery driven watch with a smooth second hand track, why not consider a real tuning fork/hummer?

These users thanked the author tikkathree for the post:
mvlow

Nothing wrong with a quartz watch, be it analogue or digital.
I have several - F91-w, G-Shock Solar/Radio Band and C60 300 amongst others.
I really appreciate their accuracy over all else, and their natural resistance to magnetism, impact and vibrations do make them a regular choice for me when in the workshops and when using the bigger machinery at work.
For a lovely combination of a smooth seconds hand sweep and quartz accuracy I also have a Bulova 262KHz. I last reset the time on that one in October when the clocks changed, and it is less than 1sec off since then!
I know CW have a resistance to including quartz movements to any future models, but is do think it would be lovely to see a Sealander with a quartz option (if a COSC option was not available).
Keep well,
C

These users thanked the author Jcalder68 for the post:
mvlow

I have about 8 inexpensive quartz watches. I set all of them on 1st November, and just checked the timing. They varied from +/2 secs to -18 secs error for the whole 2 months. . The worst one at -18 represents about 1/3 sec per day, which is pretty good isn't it. I ought to wear them a bit more than I do.

These users thanked the author JAFO for the post:
mvlow

Interesting video, informative and even-handed imo. I own a number of quartz watches, mainly based on their appeal to me in terms of construction, function, and looks. There are several Marathon Navigators, which have the tritium lume and field watch look. There are several CW chronographs, 2 BBMF models, and 2 of the dress models all of which go to looks and function, and then 2 motorsport models, both of which are COSC, and look very good indeed. There are also a Bulova Moonwatch, very accurate indeed, and a look much like the Omega Speedmaster, and a Citizen Blue Angels Skyhawk AT, which is radio controlled, and looks great to boot.
Almost forgot, 2 G-Shocks(GW-M5610 variants), and a Casio Wave Ceptor, 20 plus years old, but still used to set my other watches.
In all the time I've had them, battery changes were the only occasions where I've noticed enough differences in accuracy to warrant adjustments.

I still keep getting the mechanical watches, too...

These users thanked the author trsullivan for the post:
mvlow 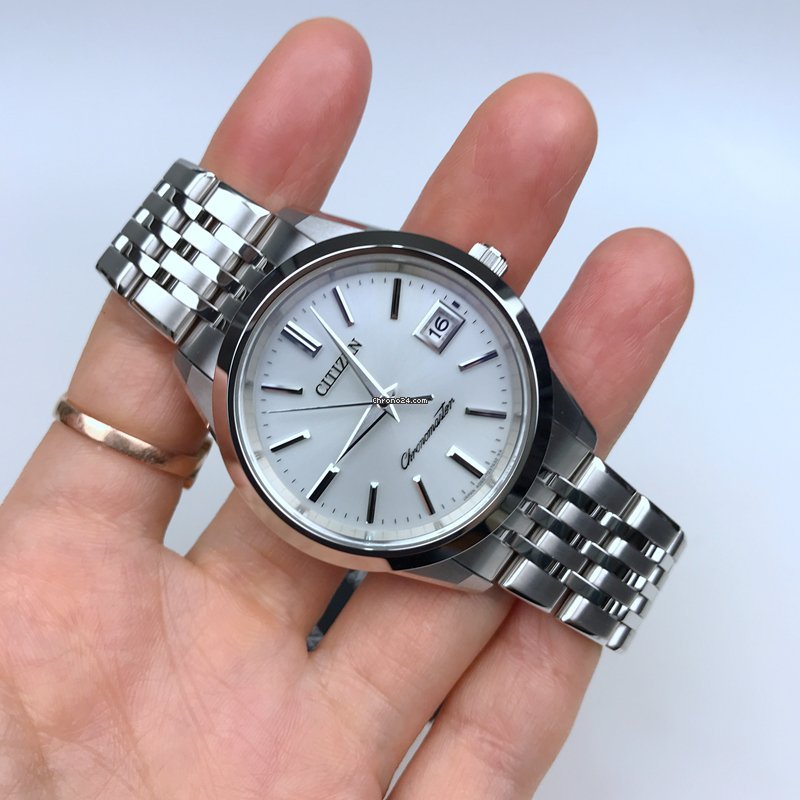 These users thanked the author Jkpa for the post:
mvlow

mvlow wrote: ↑Sat Jan 01, 2022 5:56 pm Teddy Baldassarre has produced an interesting video this New Years Day explaining the history and function of quartz watches and also a few good arguments for why WIS should have at least one in their collection. I currently have two quartz watches in my collection, a G-shock, and an Elliot Brown Holton. They are both great additions to my collection for very specific purposes. I love mechanical watches, but will always consider a quartz if it grabs me for a specific reason.

Great video. 6 of my 8 CW watches are quartz. I find the accuracy, durability, low cost of maintenance, and always ready to go nature to be appealing.

These users thanked the author Leon O for the post:
mvlow