I’ve just returned from a wonderfully relaxed two-week holiday on Zakynthos, first time away anywhere in about 21 months. More of that later, but true to my credo of travelling light and simple, I took just the one watch, something I got used to doing in the two years before Covid.

Originally my idea was to take the MeisterSinger Metris and with hindsight it would have been brilliant on a beach holiday. However, I went with my recently acquired Sealander GMT. The GODO watch. It went, but did it do?

There’s no point in repeating my original review of the watch. I had had it for a couple of weeks before my trip and had worn it pretty solidly during that time, so I was familiar and comfortable with the watch. It came on the black and orange #tide strap, and I quickly added the black and orange hybrid as well. Both straps are very good, but with the warm weather we enjoyed I used the hybrid most of the time. I find it a bit lighter and more comfortable.

With temperatures in the high 20s pretty much every day, the emphasis was on chilling out and myself and a few others quickly found a rather good beach bar. This was the main point of the holiday, but I went for some nice walks every morning and took a trip into Zante town to admire the rather Italianate architecture, and we also did a full day tour of the island by car with our host.

And I’m pleased to say that the Sealander both went and did! The whole holiday was pretty casual, no requirement to dress up, and the watch just blended in. In terms of reliability and timekeeping it seemed to settle on around +3 s/d. Most days a quick glance at the clock face on my phone was enough to tell me it was doing fine, and I reset it once during the fortnight (when I unscrewed the crown to change the date on 1st October). On the hybrid strap, it coped perfectly well with sun lotion and seawater, with a quick rinse after swimming.

I don’t actually NEED a GMT watch in the Eastern Europe time zone, but it’s quite a smart and cool function to have. I see that the blue version of the GMT was released while I was in Greece. Normally I’m a great fan of blue watches, but I just love this one with the black dial so much!

A few years ago I was deliberating over which watches to take on holiday and on one occasion ended up taking five! I know some people will disagree, but I find it very liberating to take just one. Added to which, you know it’s safe if it’s on your wrist all the time.

Anyway, it was a definite success. I normally post a few holiday pics for korkki to trash on Photoshop, but this time I only posted a few wrist shots. Over to you, Kari… 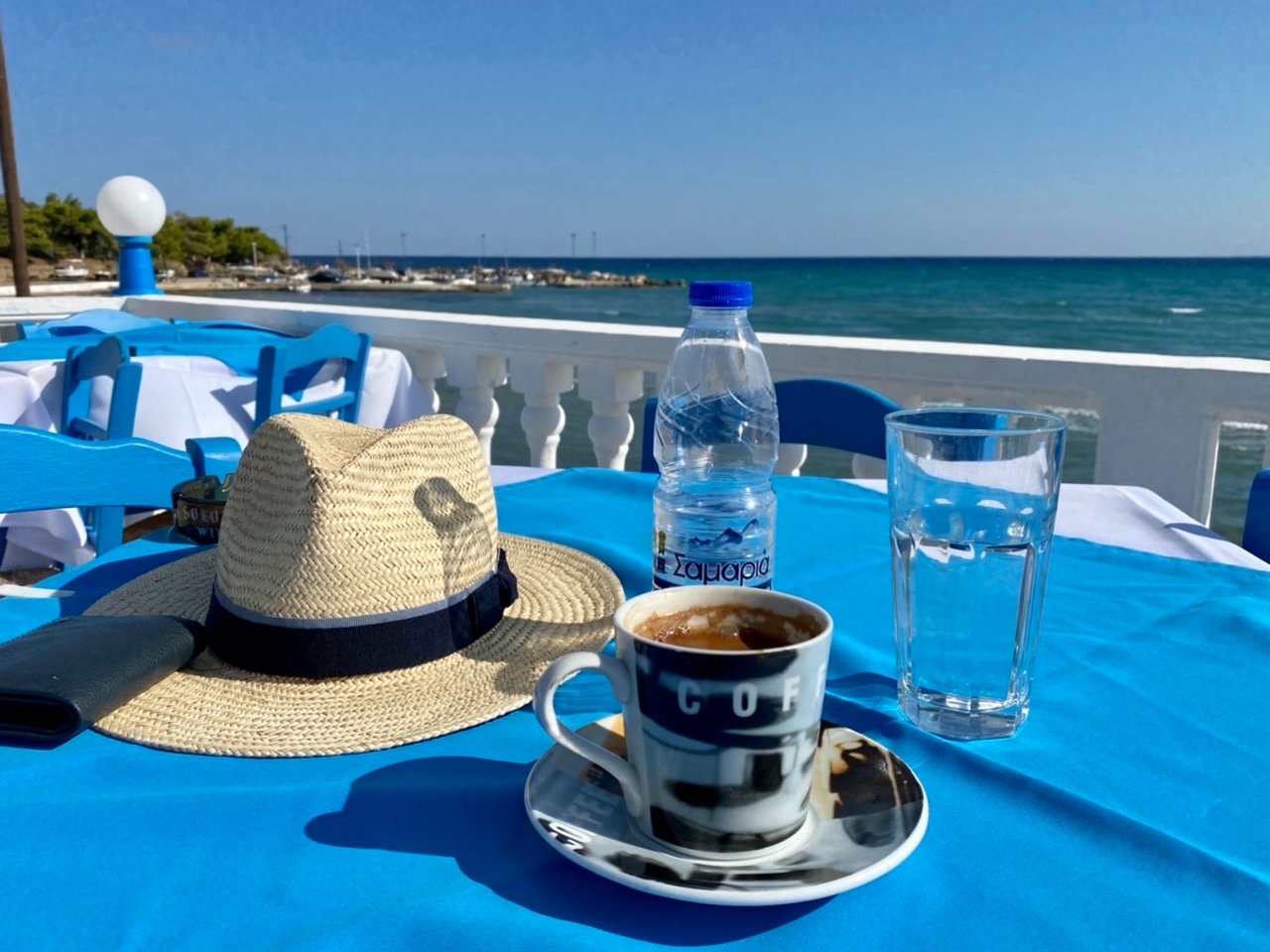 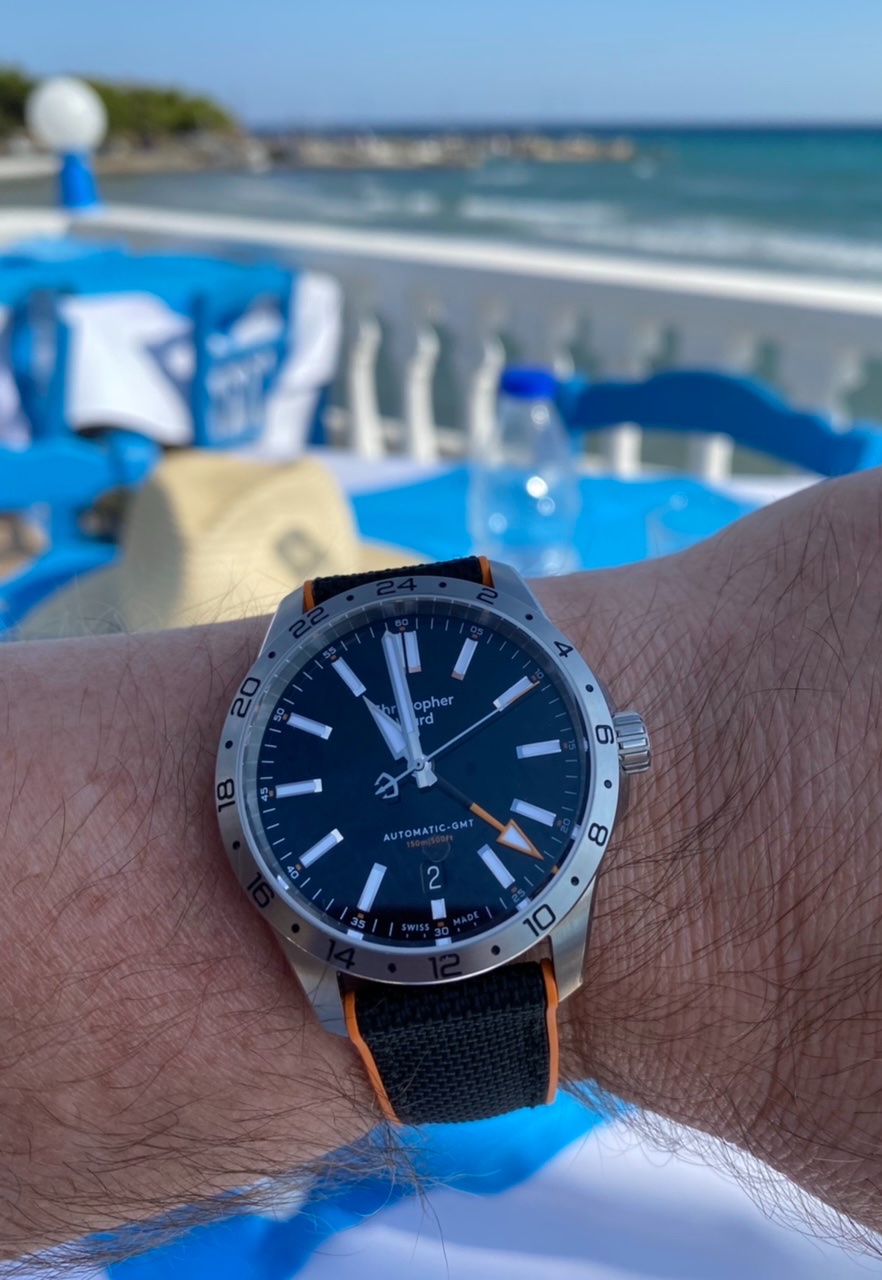 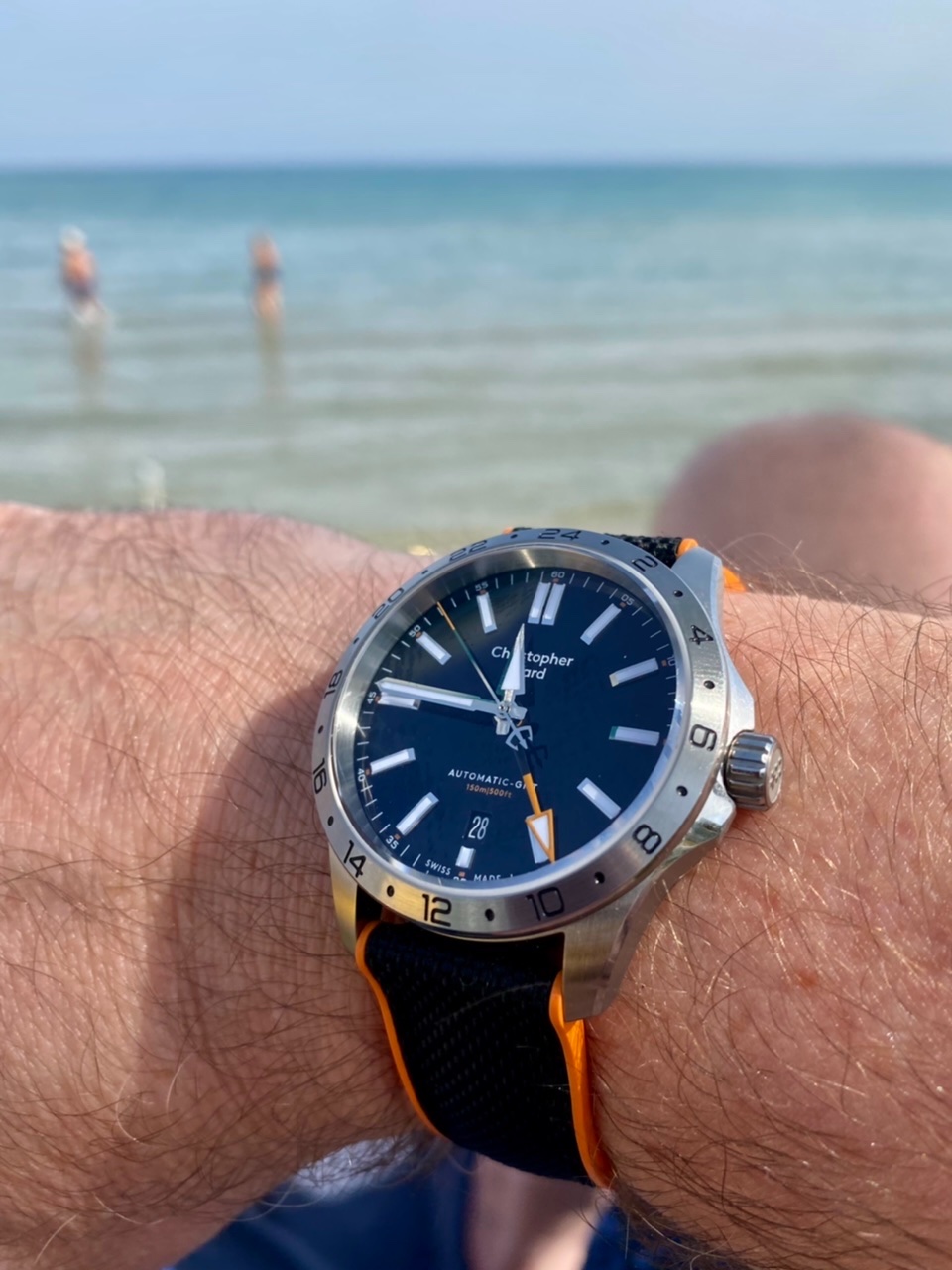 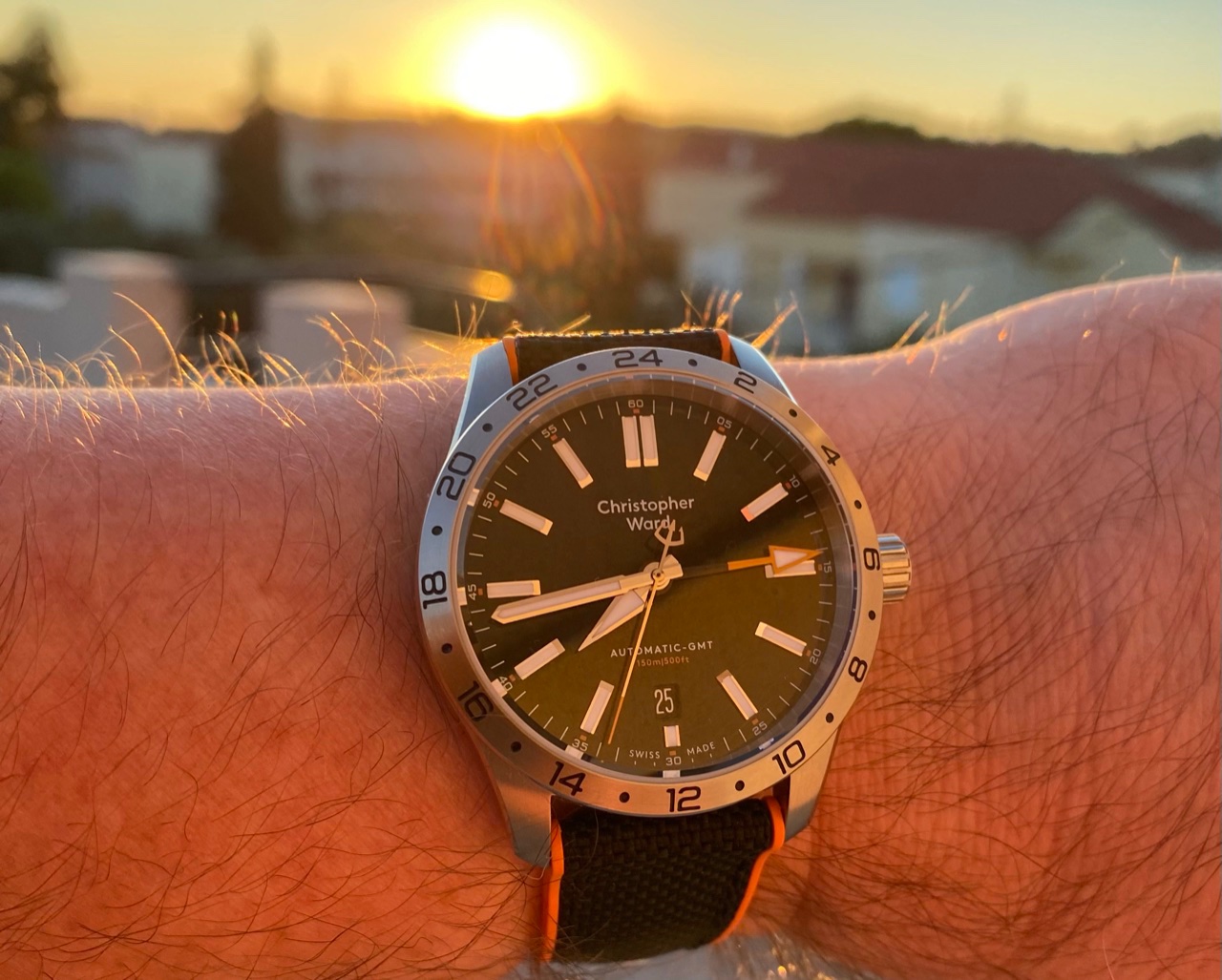 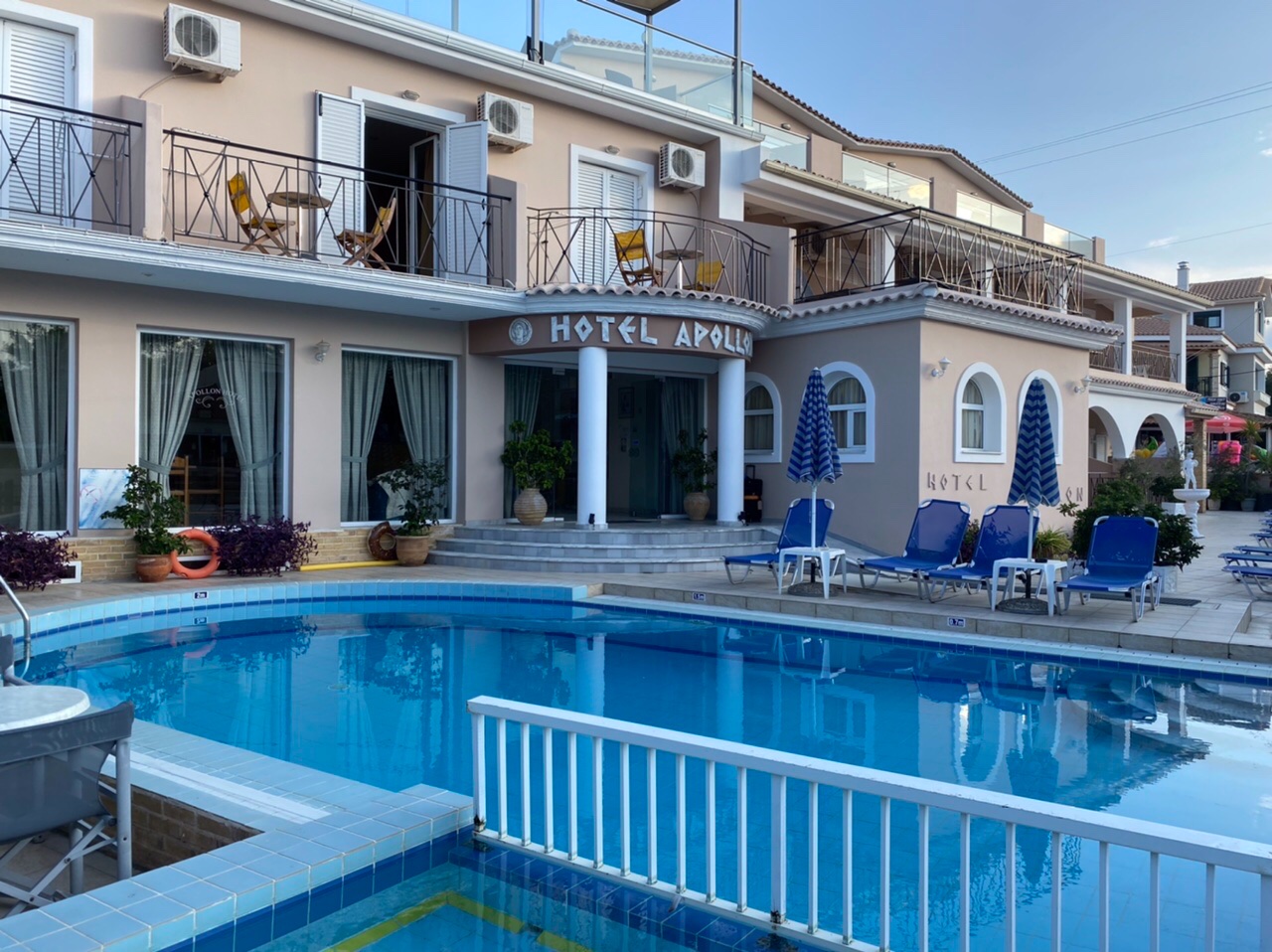 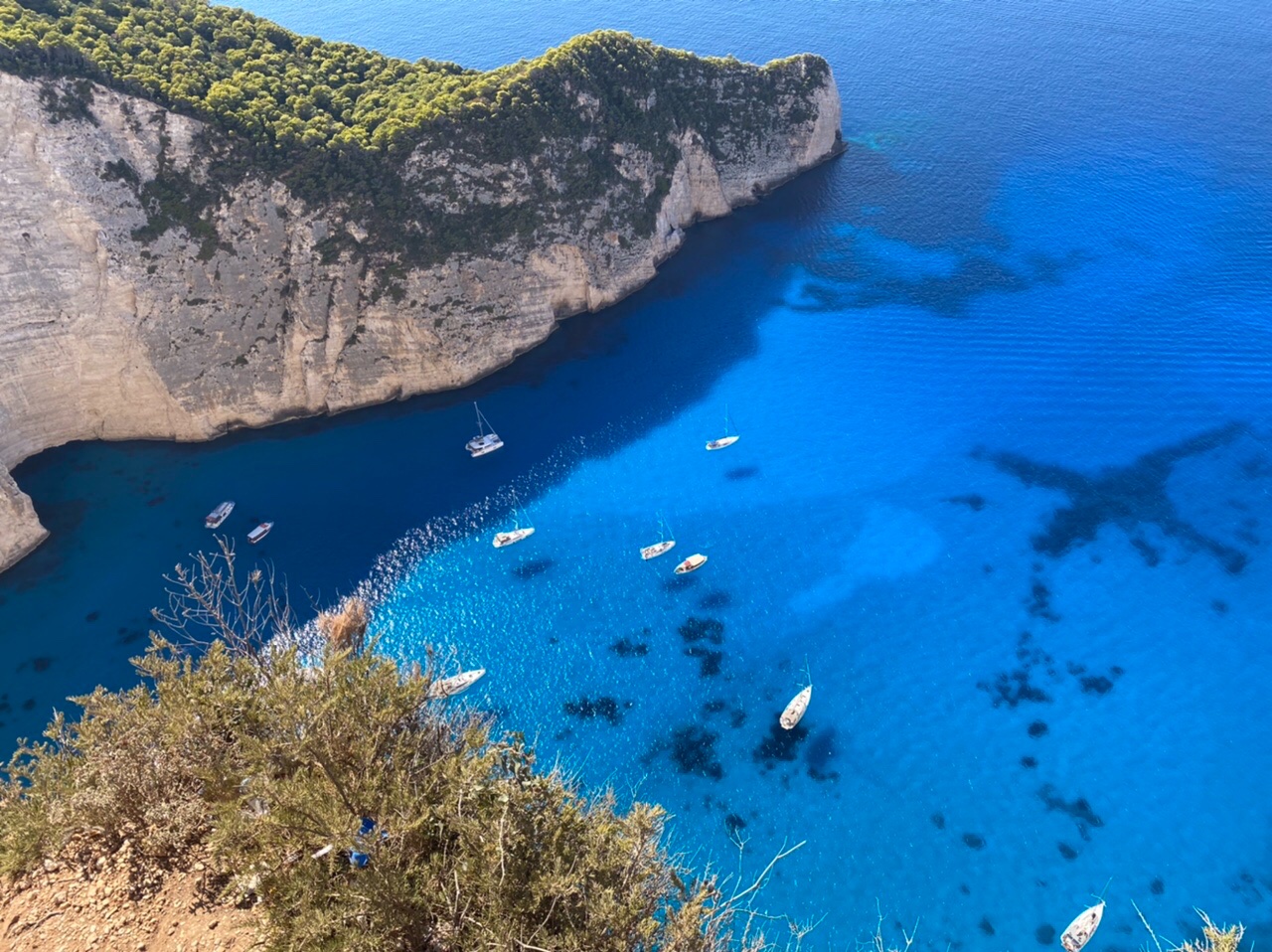 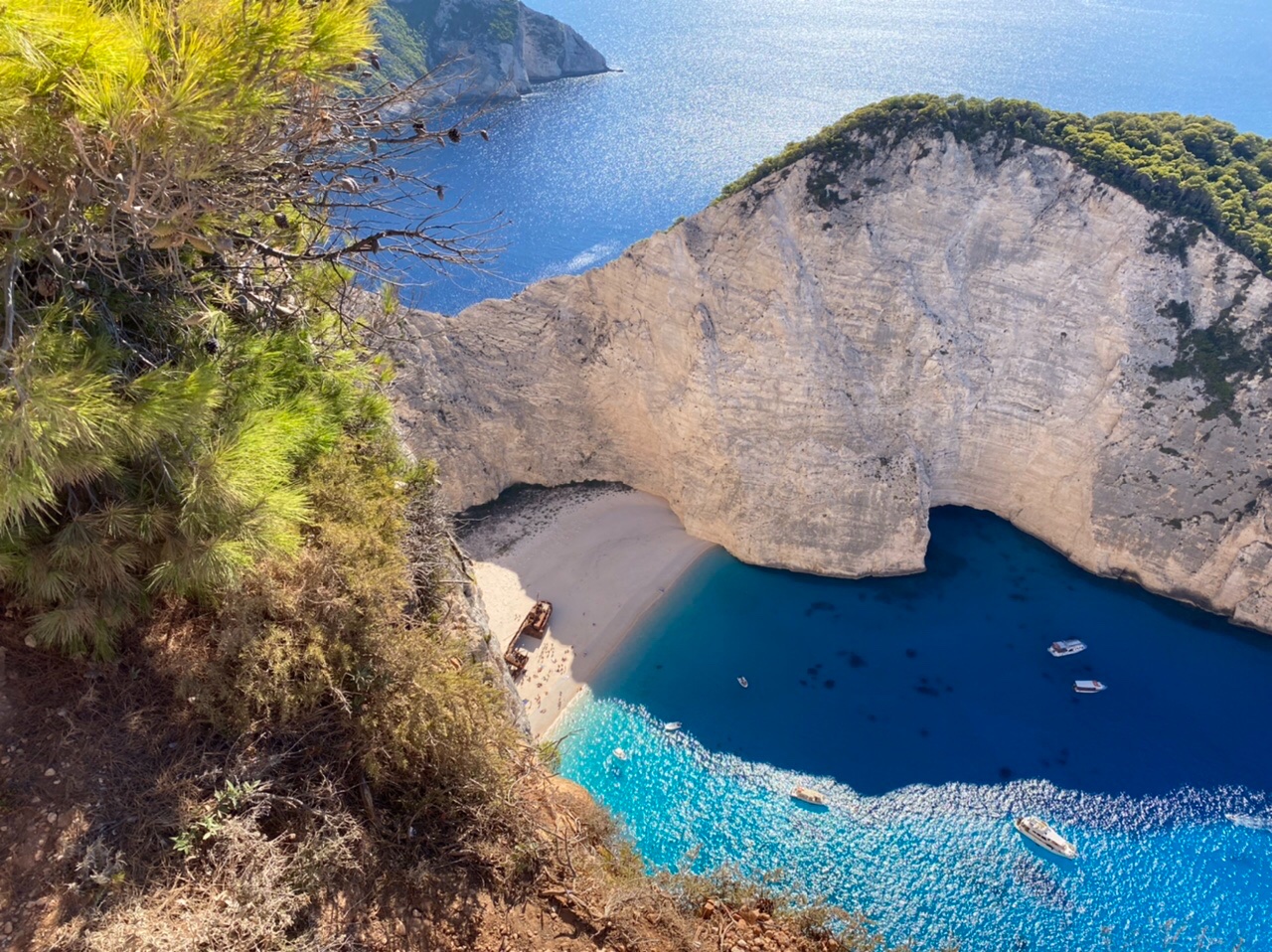 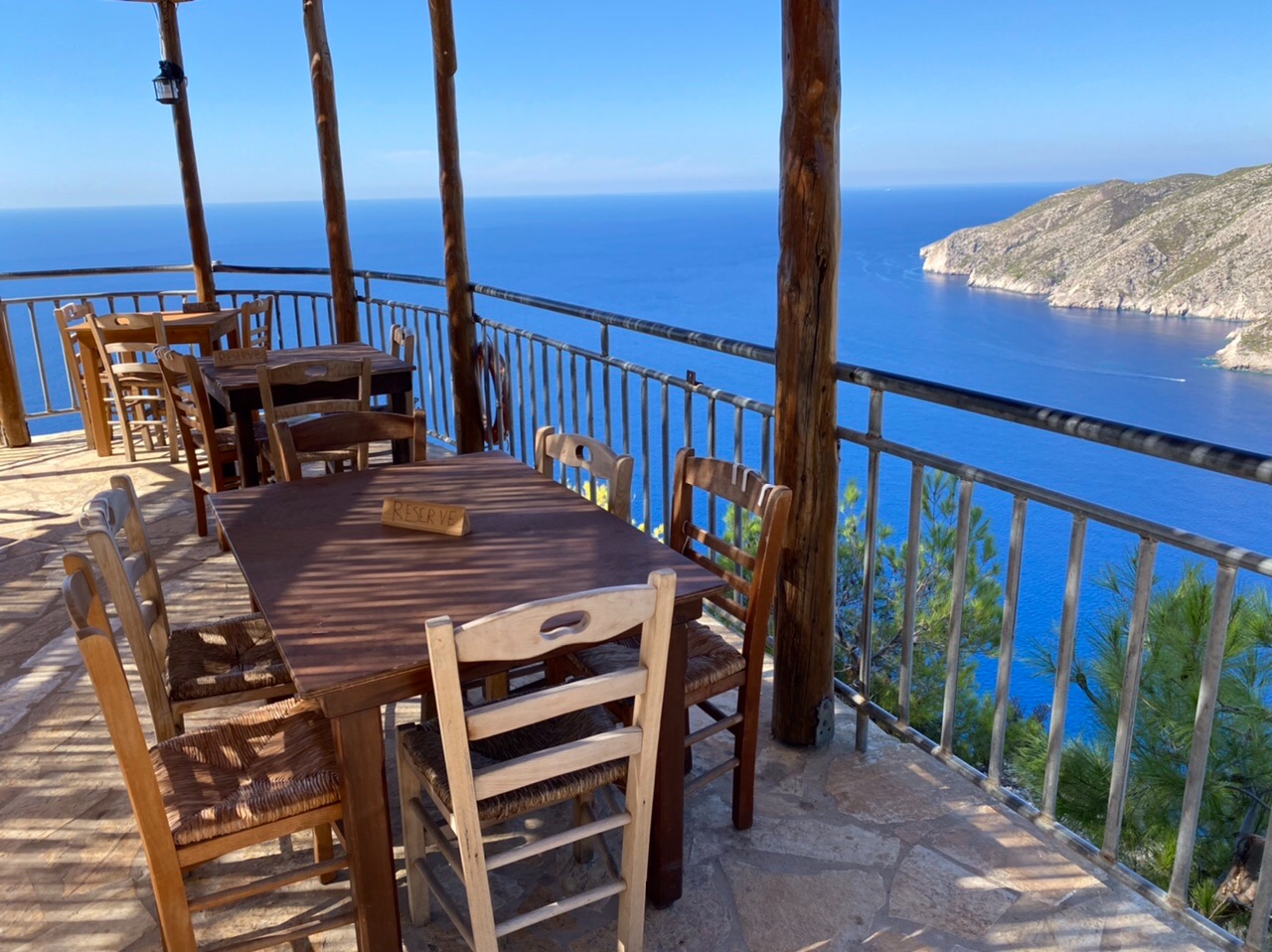 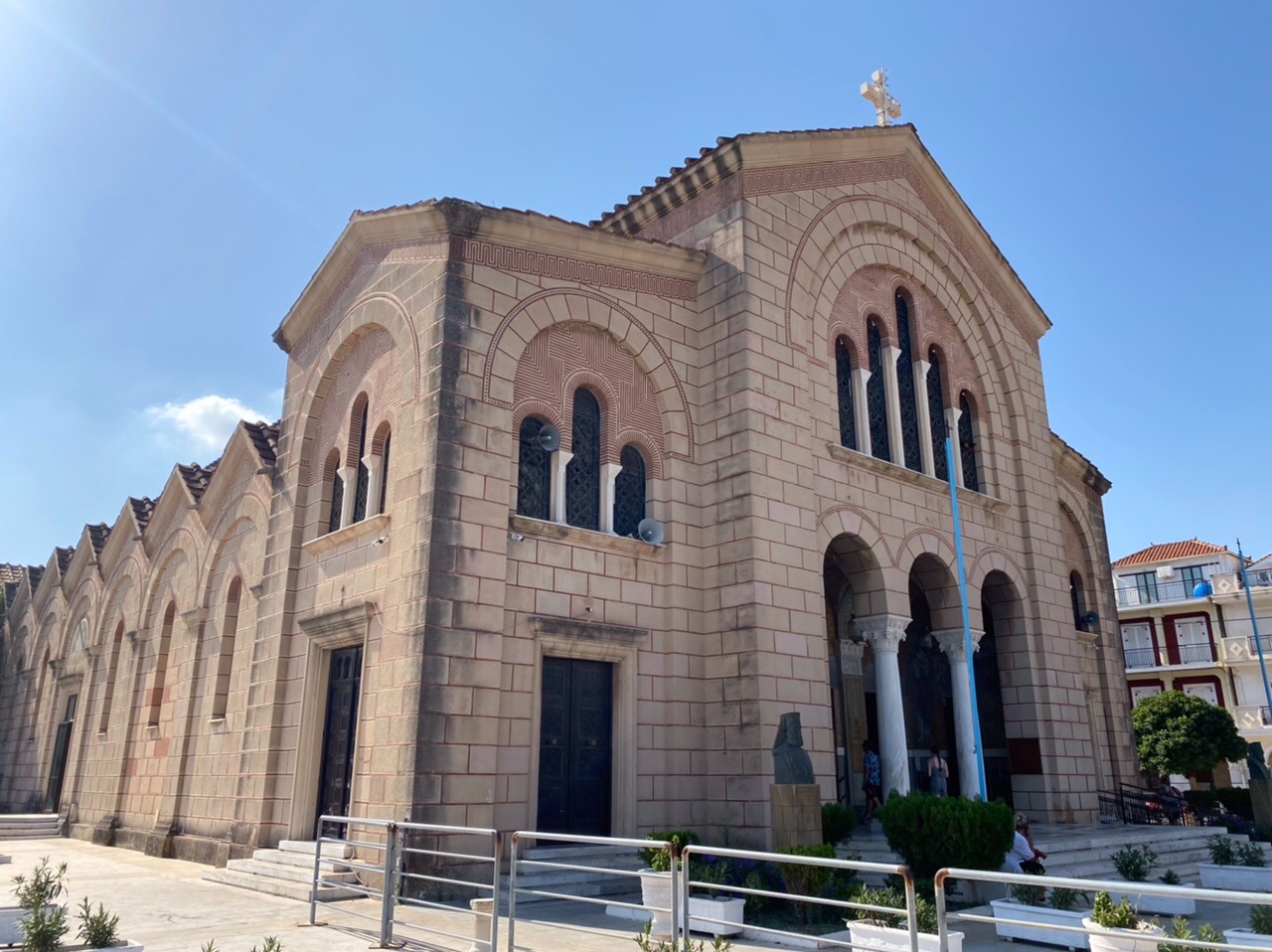 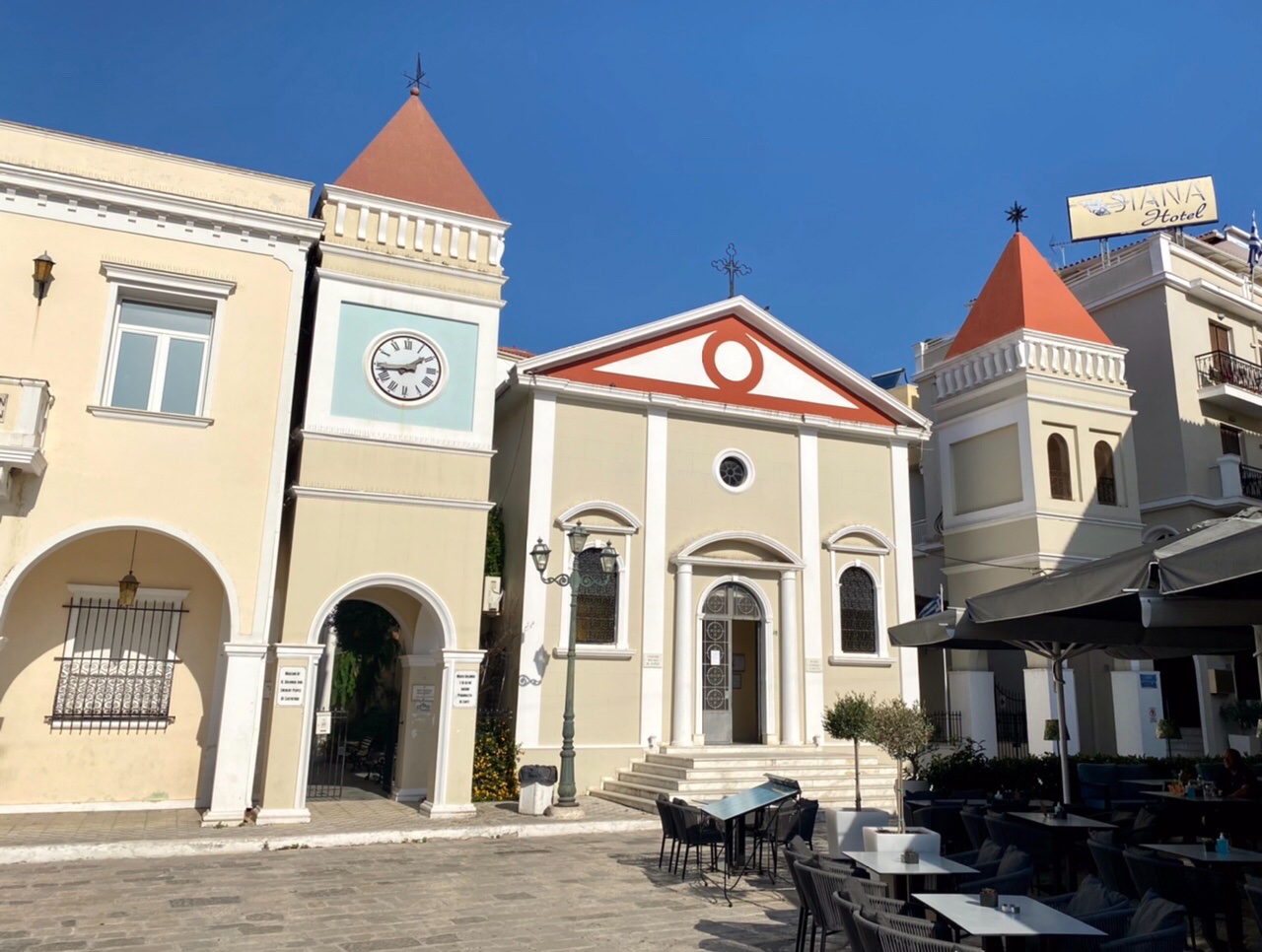 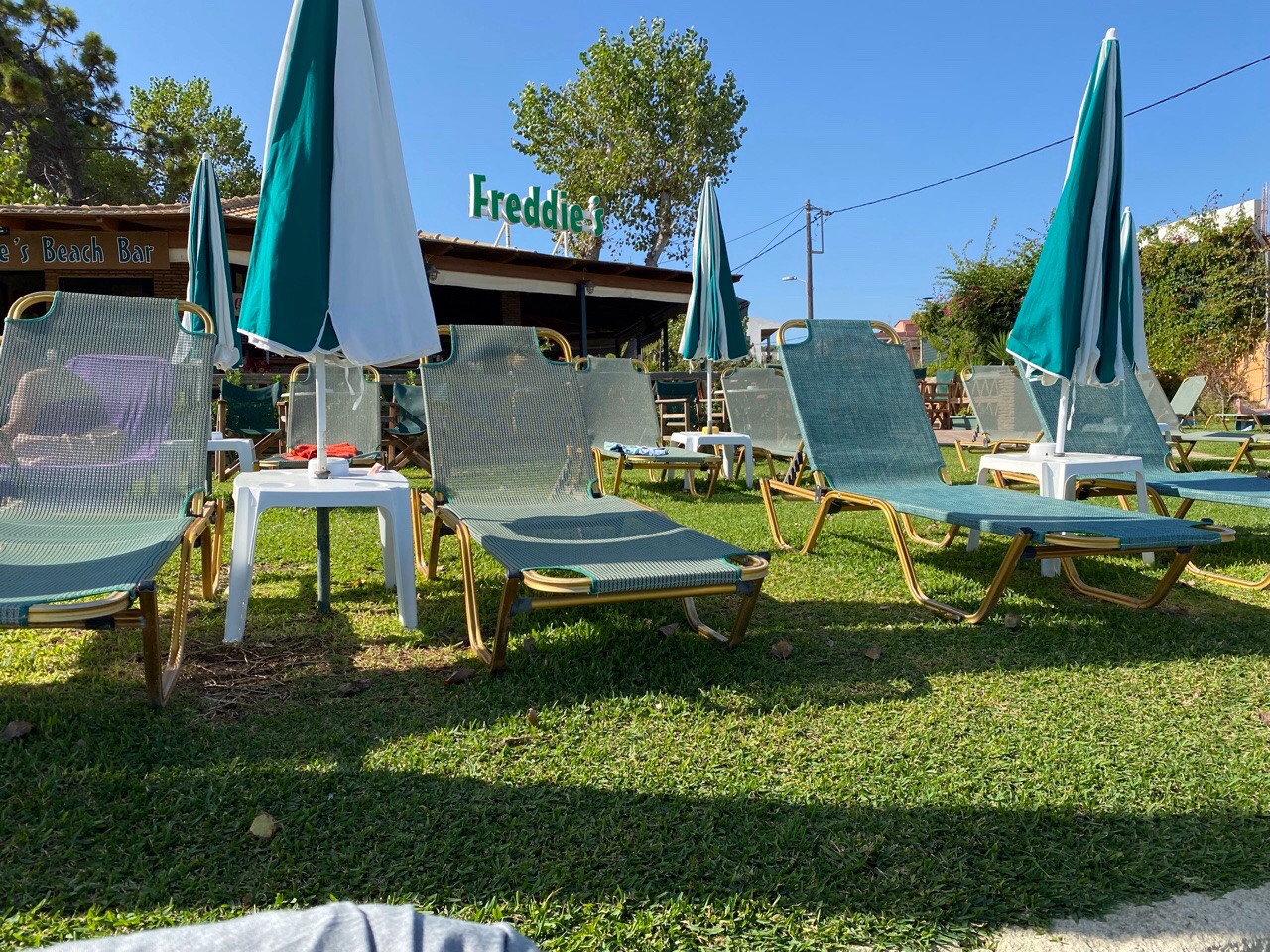 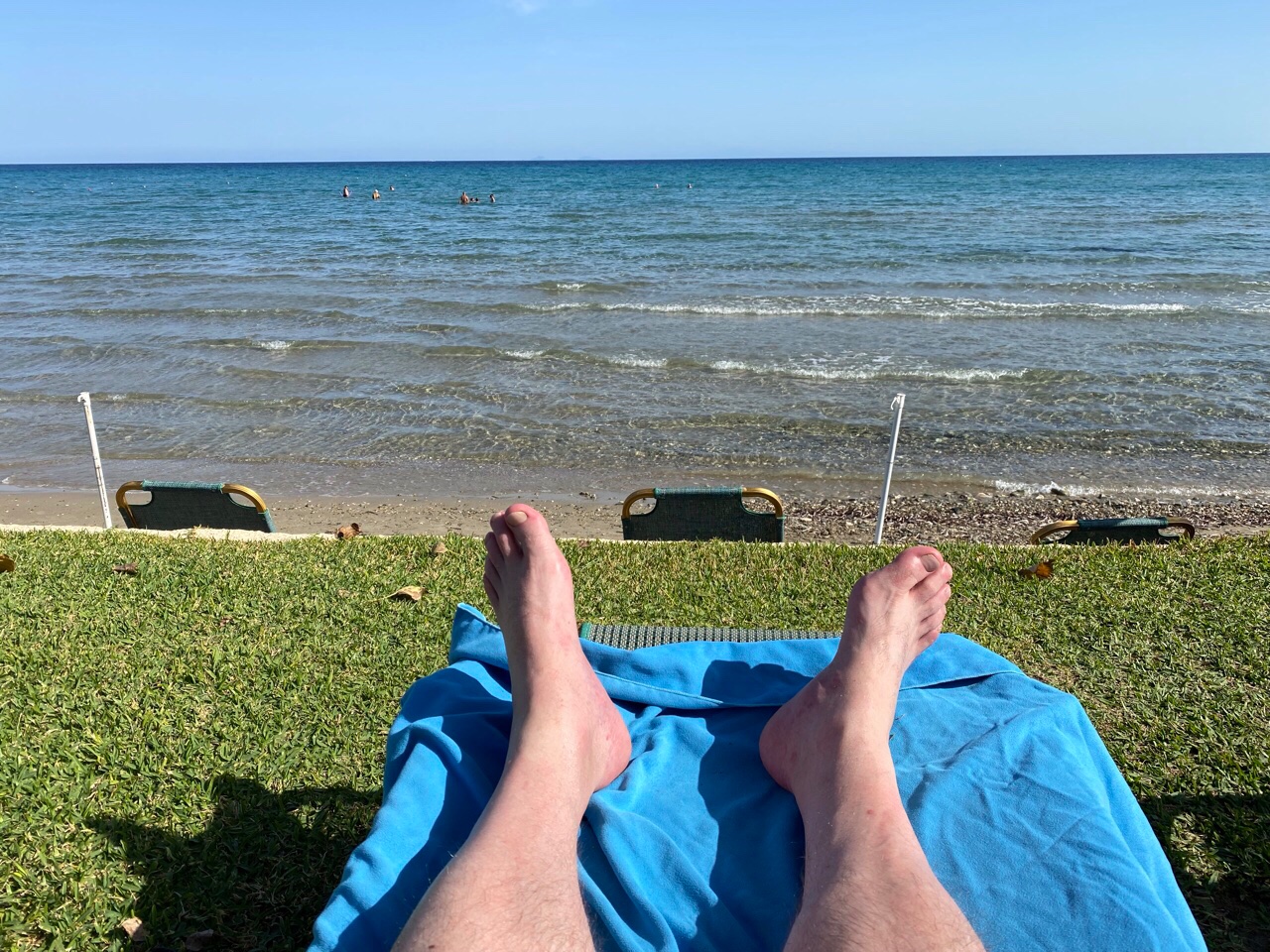 These users thanked the author Amor Vincit Omnia for the post:
Tortoise

Evocative shots Steve, good that you had a getaway.

I was there myself many years ago with a Greek mate from Athens, pretty island.

These users thanked the author H0rati0 for the post:
Amor Vincit Omnia

Not only lovely pics, perfectly flat horizons too. is that a good eye, or with electronic assistance, Steve?

These users thanked the author JAFO for the post:
Amor Vincit Omnia

You really sound like you had a great holiday also.
Your first photo in this thread sums up a good holiday to me

These users thanked the author MiniMpi for the post:
Amor Vincit Omnia

JAFO wrote: ↑Thu Oct 07, 2021 6:14 pm Not only lovely pics, perfectly flat horizons too. is that a good eye, or with electronic assistance, Steve?

A bit of both. I do have a good eye for a picture. I didn’t take my camera, just used the iPhone 11 which has a good camera and a useful editing tool…with picture straightening!

Nothing like a warm weather holiday to re-calibrate: sea air, the smell of pines, Greek yoghurt and honey, perhaps an Amstel or two. Glad to hear you had a nice time. The blue dial was released in your absence from Blighty...and perhaps the green too. Glad your one watch companion served you well. Five...well five would be four too many, surely?

These users thanked the author strapline for the post:
Amor Vincit Omnia

Even a broken clock is right twice a day. T Soprano
Top

Were you doing any writing whilst on holiday Steve, getting inspiration from those beautiful views?

These users thanked the author Thegreyman for the post:
Amor Vincit Omnia

I enjoyed reading that. Sounds a great trip and an ideal watch.

These users thanked the author Clach77 for the post:
Amor Vincit Omnia

Trying not to buy any more watches...
Top 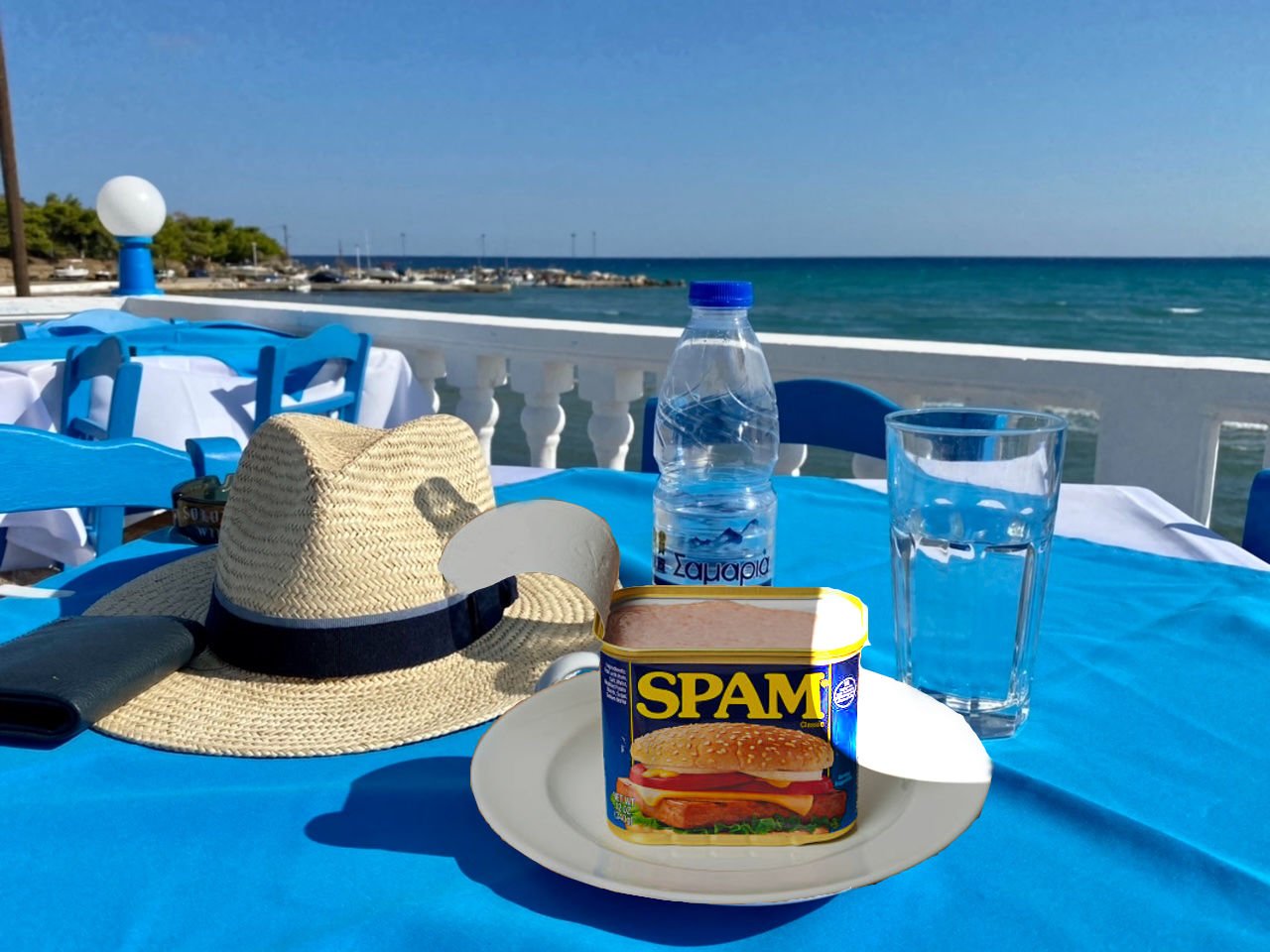 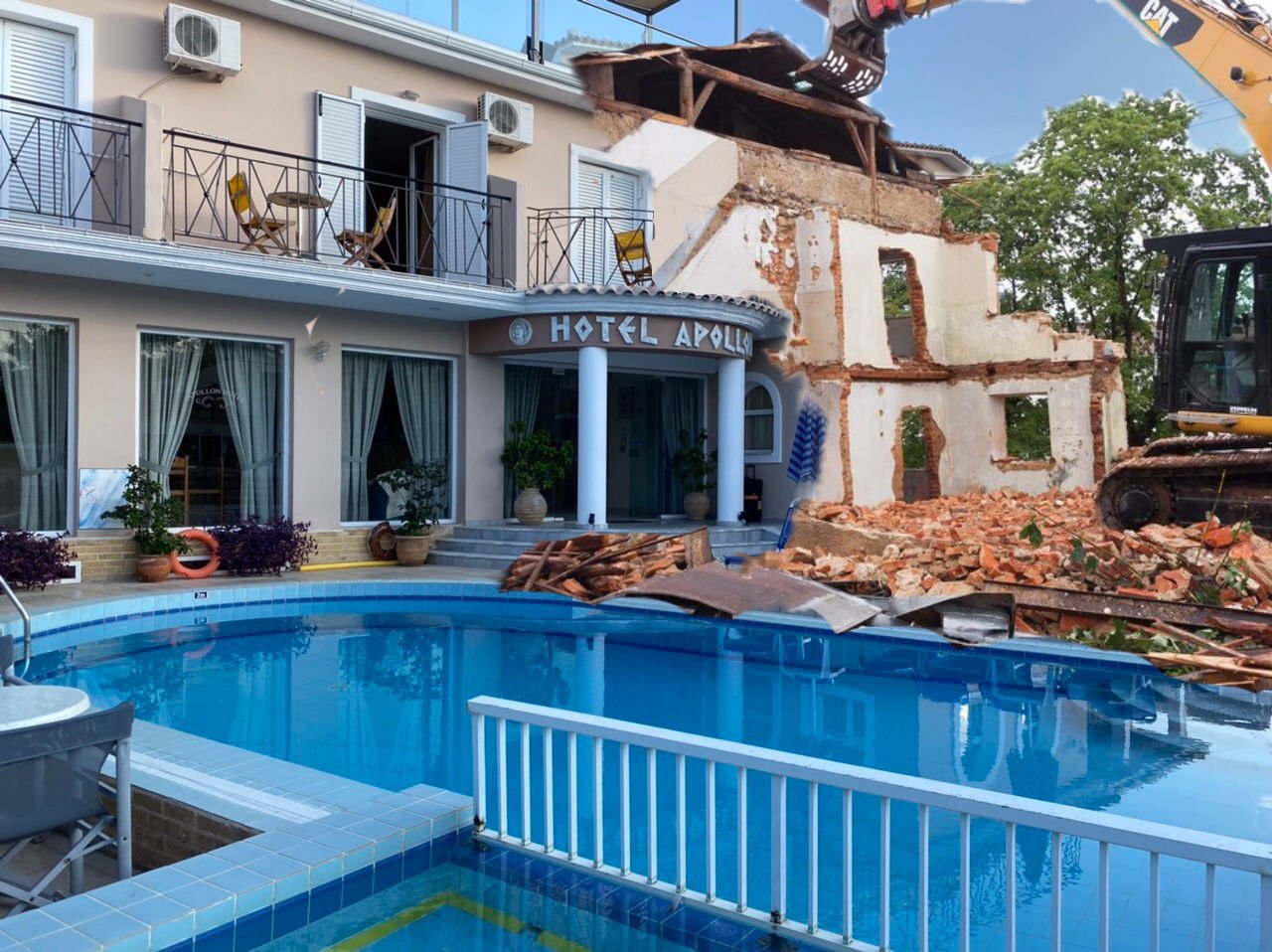 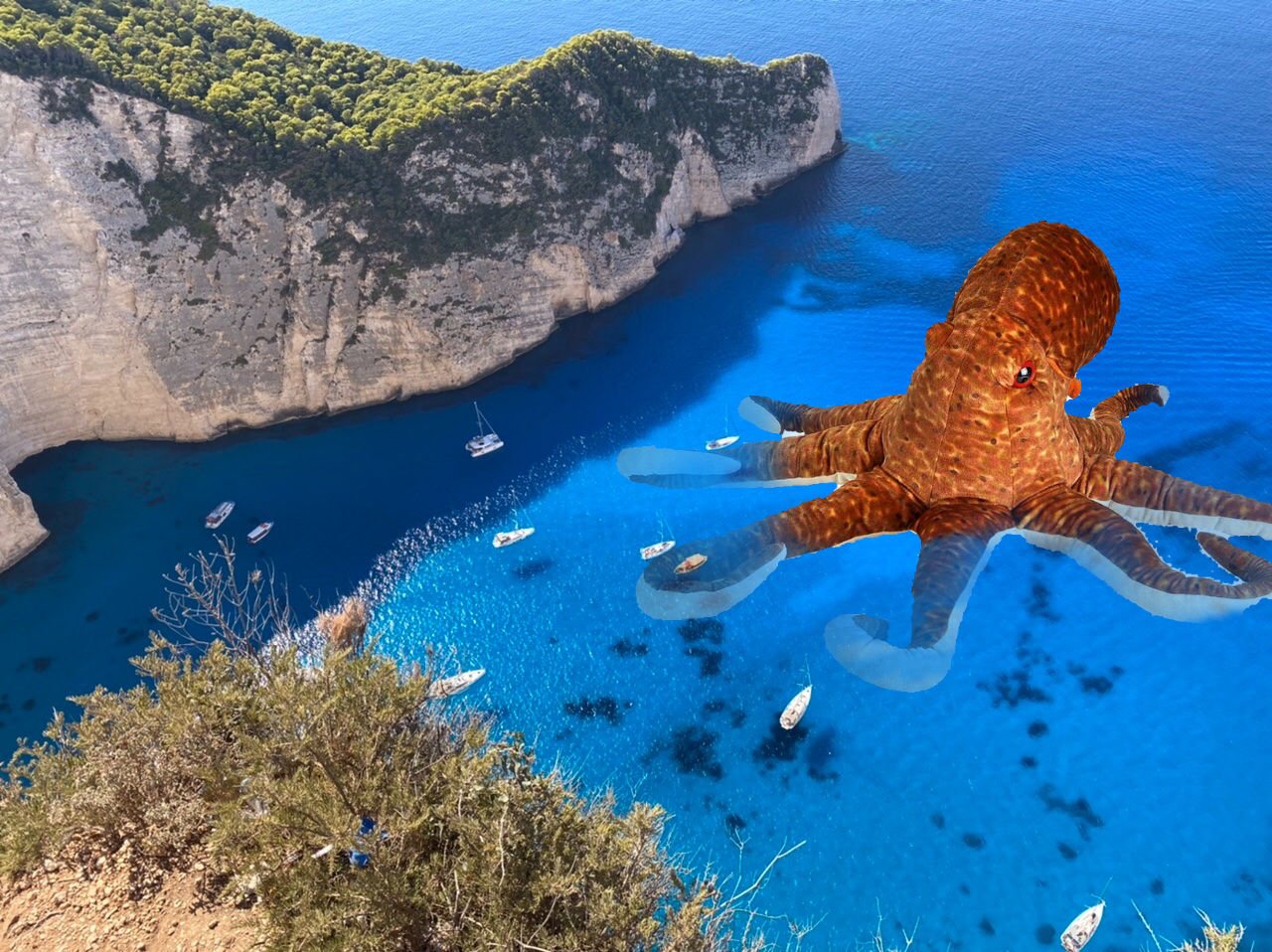 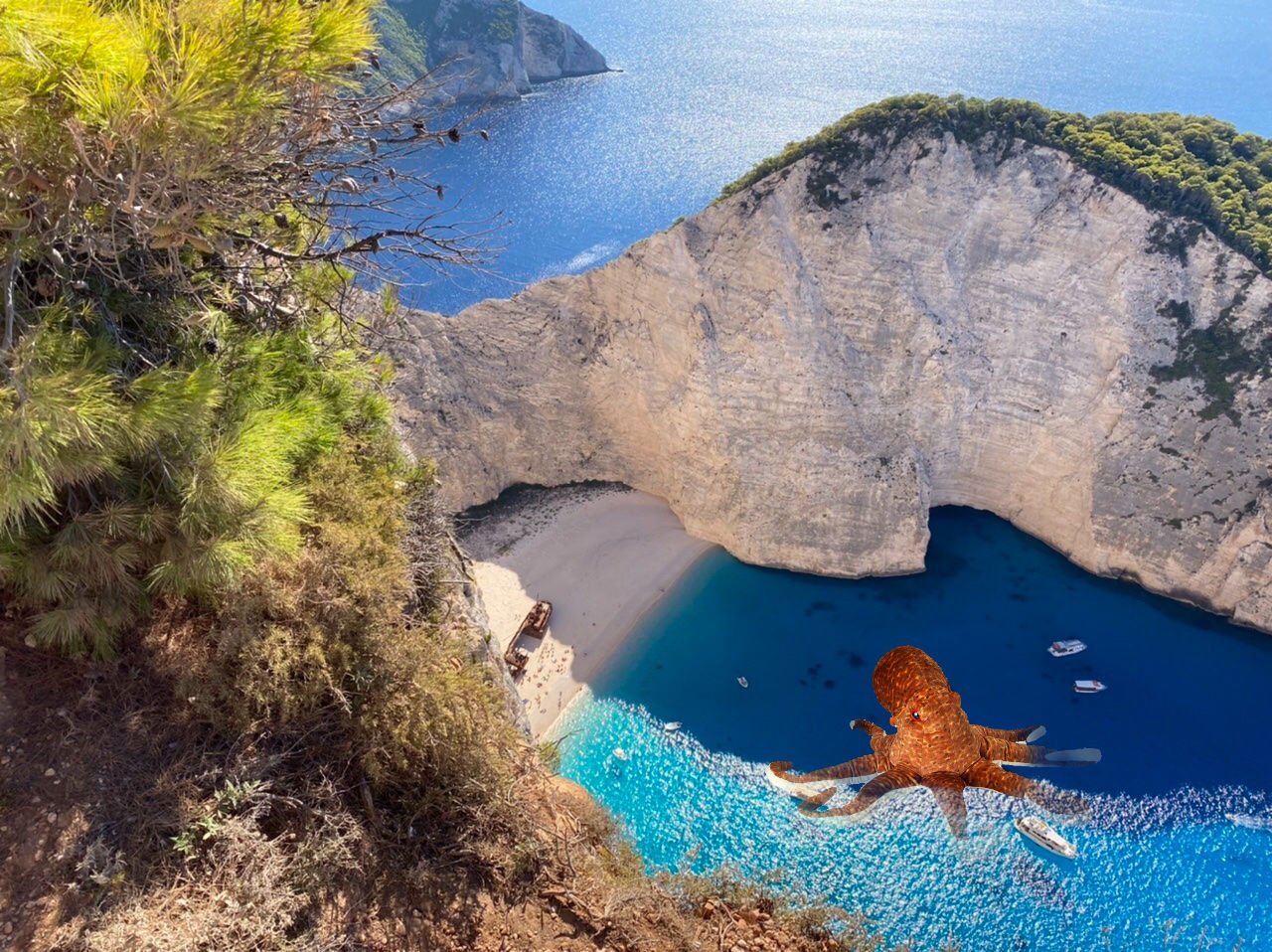 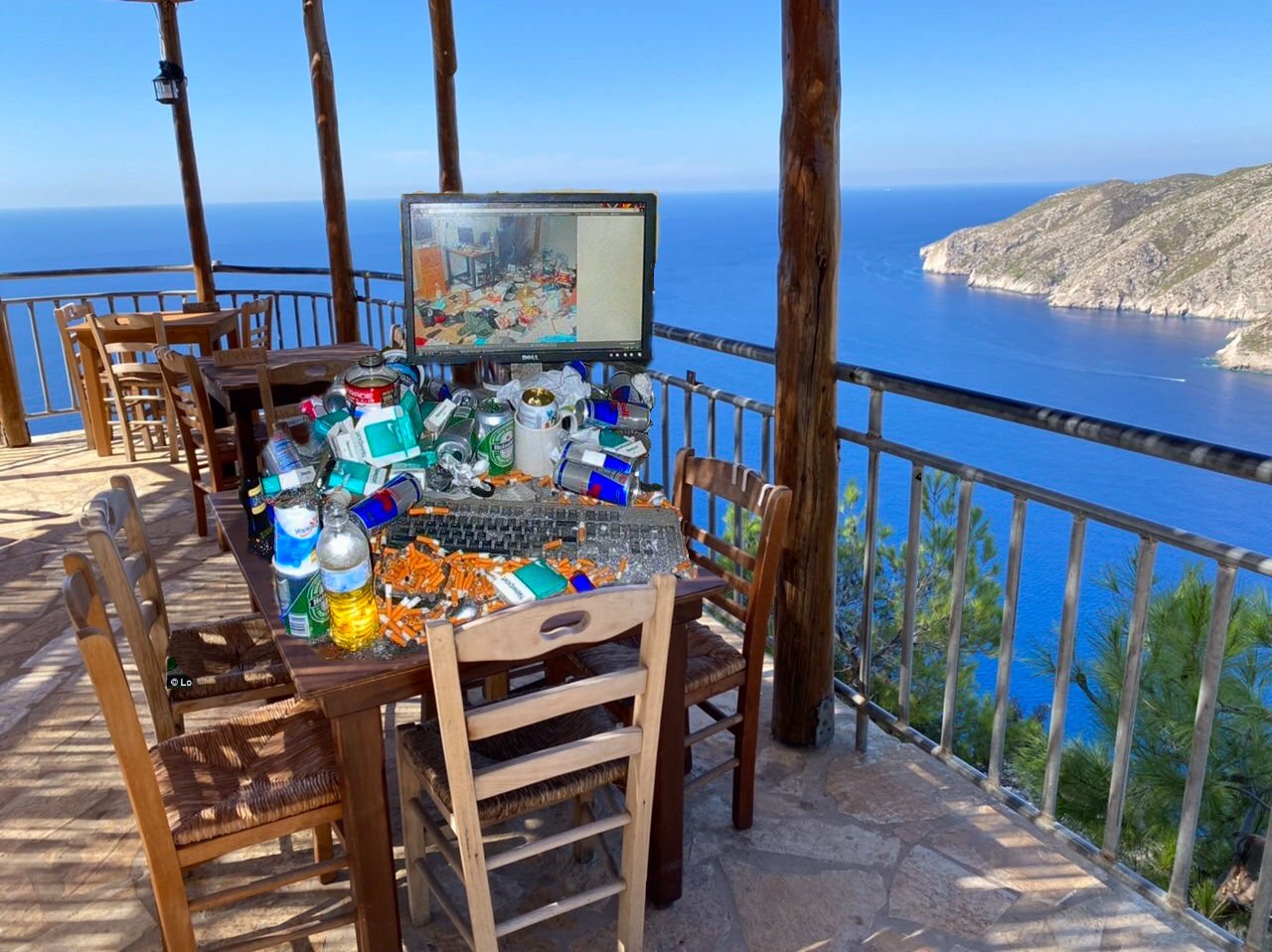 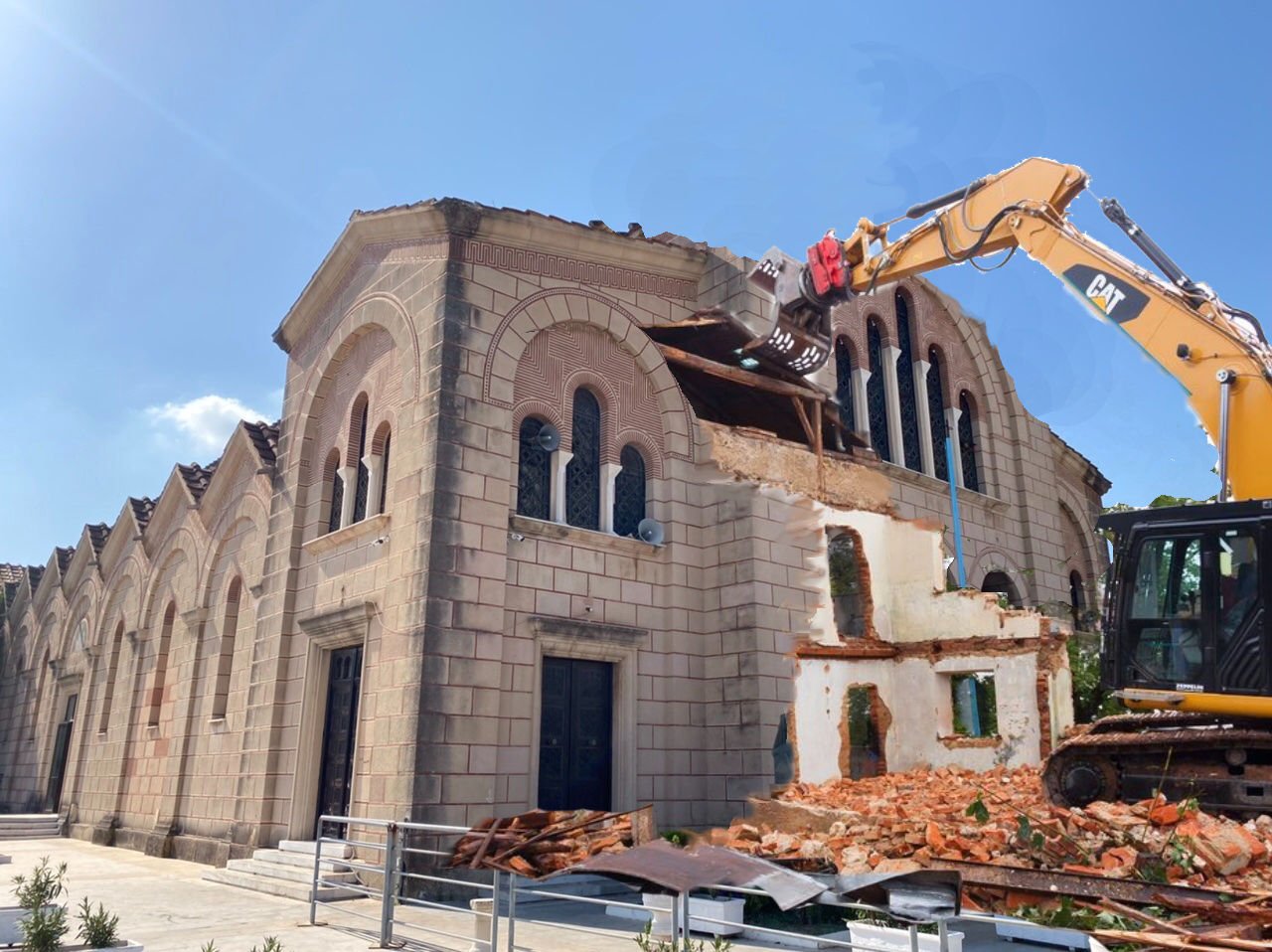 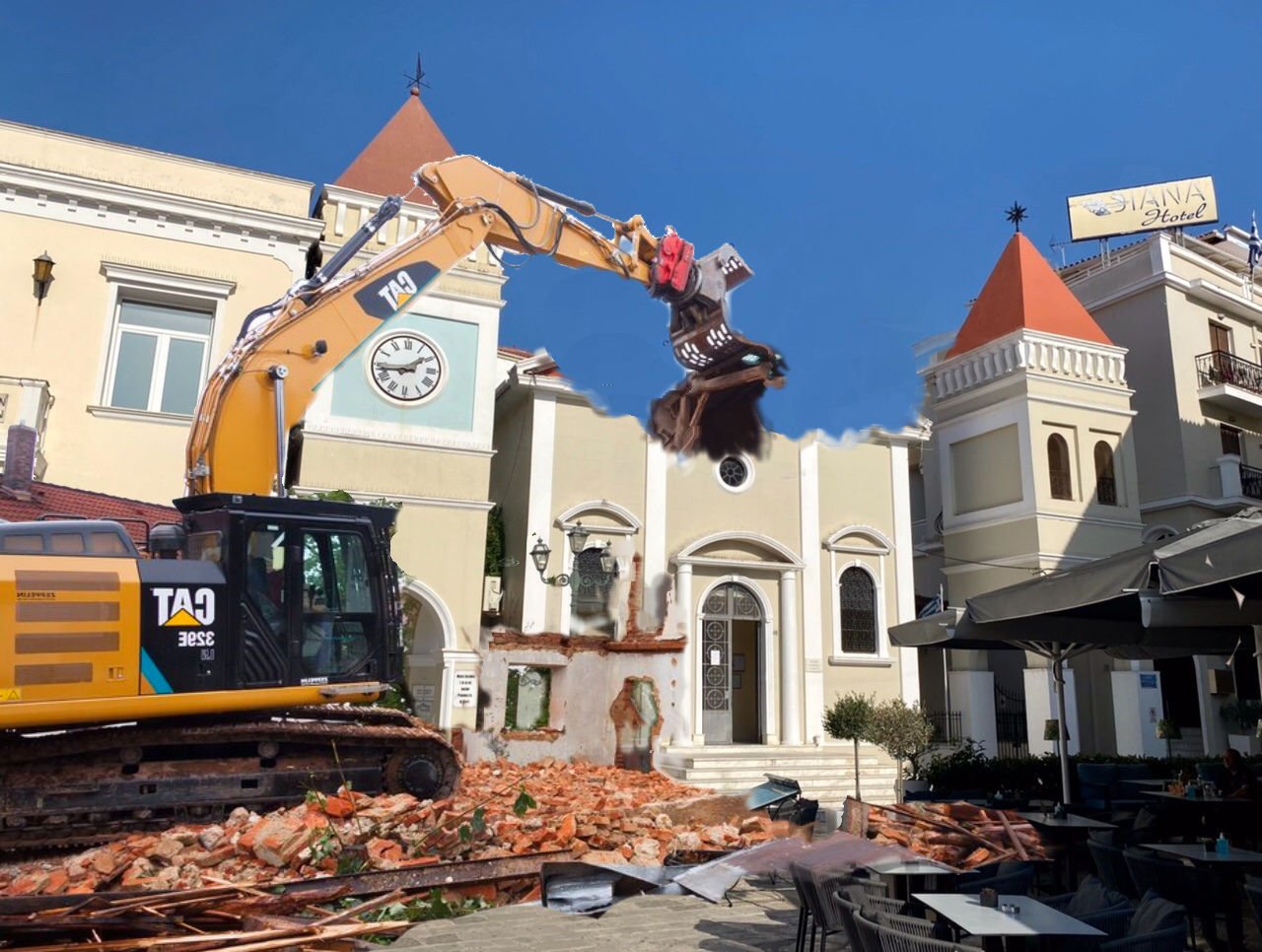 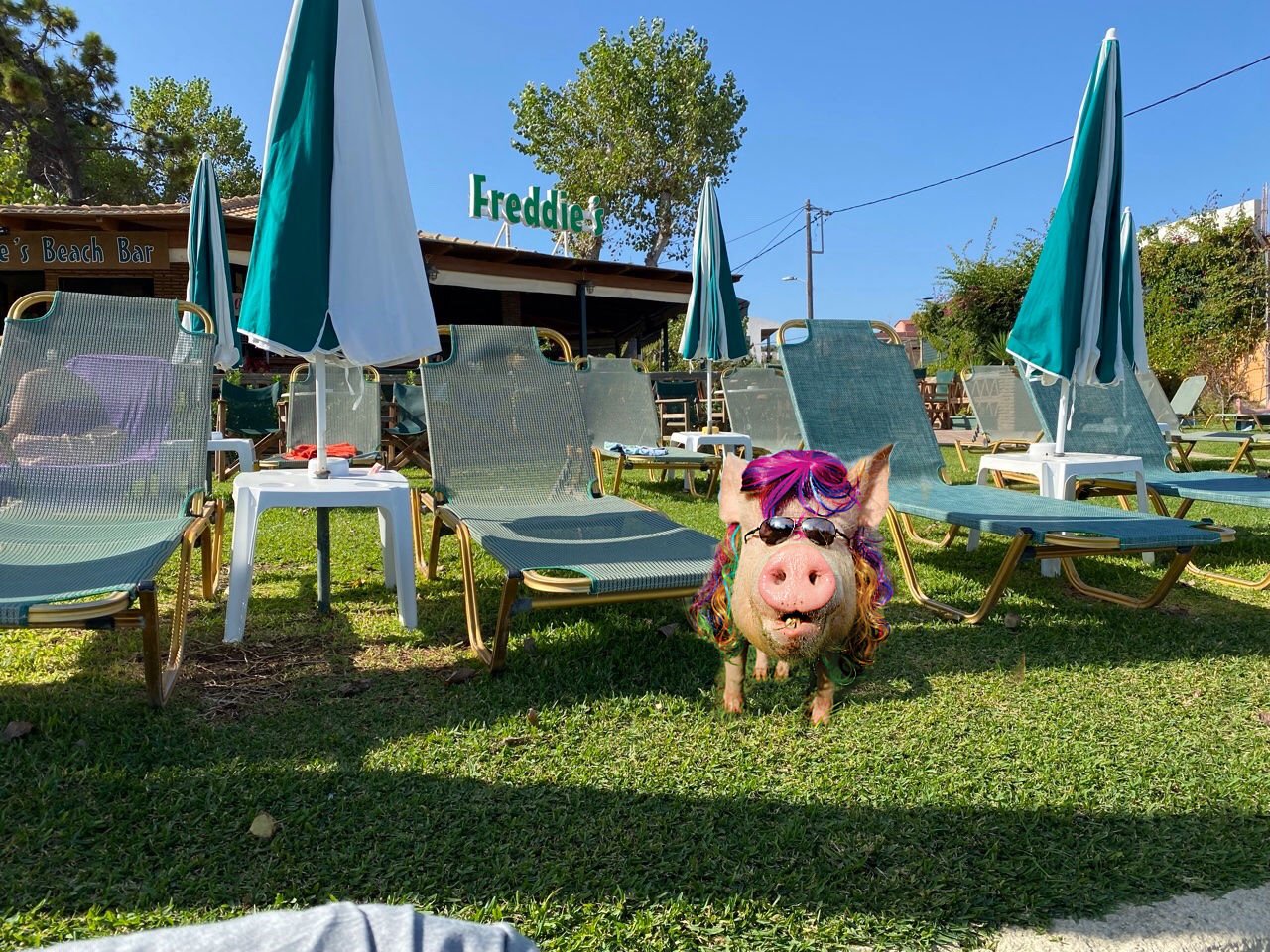 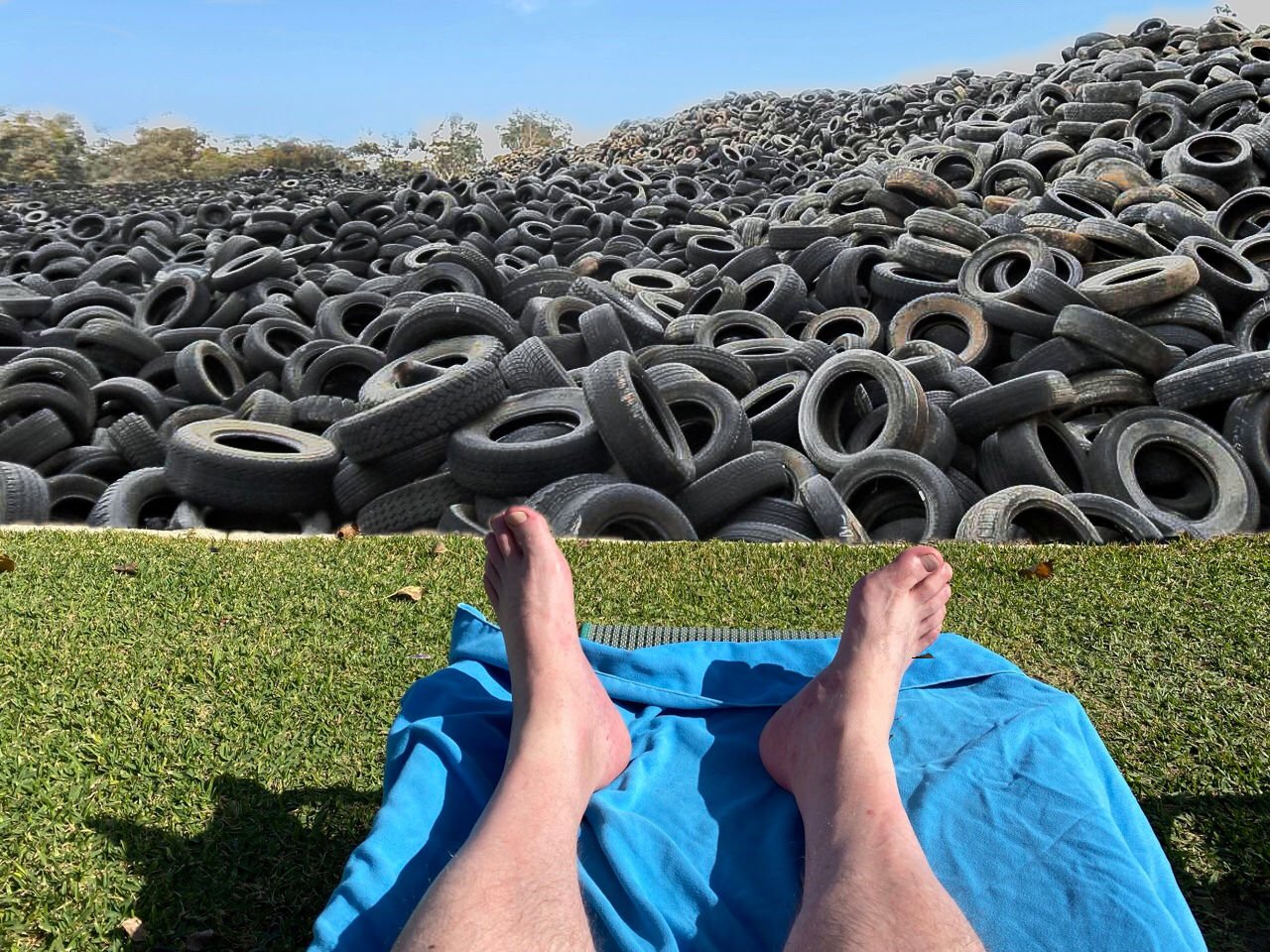 Steve, a stunning and classy place to have a holiday, as usual

NO PARKING
This space is reserved
Top

You're obviously tired in that last photo

Some stunning photography there followed by some almost equally as good photo editing!

These users thanked the author A1soknownas for the post:
Amor Vincit Omnia

Darn..I'm jealous!!.looks like a fabulous locale..
Ebels are a lot like women that lack a lowcut dress that zips up the side..neither gets the love that they deserve..
C60 GMT 600/C65 SH21 LE/C65 Khaki,Black,Blue dials/C65 Bronze Ombre LE & Dartmouth/C8 Power Reserve
Top

A great write-up! Of course, you’ve chosen another of Europe‘S great building sites for your latest holiday..,

These users thanked the author missF for the post:
Amor Vincit Omnia

'The only reason for time is so that everything doesn't happen at once'........Albert Einstein
Top

Some lovely pics Steve. Glad to hear you had a good time.

Interesting that you found the hybrid more comfortable than the tide.

Whilst I am a long way off only taking one watch on holiday, I do predict that a blue Sealander GMT will be one of those picked for our next foreign trip.

These users thanked the author nbg for the post:
Amor Vincit Omnia

Thegreyman wrote: ↑Thu Oct 07, 2021 7:36 pm Were you doing any writing whilst on holiday Steve, getting inspiration from those beautiful views?

Not a word, Patrick. I read a couple of books and listen to some music. I often take an iPad away but only took my phone this time. I probably checked the forum about once a day. Just wanted to get away from everything.


nbg wrote: ↑Fri Oct 08, 2021 8:36 am Whilst I am a long way off only taking one watch on holiday, I do predict that a blue Sealander GMT will be one of those picked for our next foreign trip.

A great looking watch, Neil. Had they been introduced at the same time as the main product launch, I would probably have one. But I’m not going to bother because I have completely fallen in love with the black dial version.

As to only taking one watch, my answer is similar to the one I gave to Patrick above. This one watch was all I needed for this trip. Anything else would have been extra carriage and concern. Once over the minor concerns of paperwork, tests and airports, all of which worked seamlessly, this was one of the least stressful holidays I can ever remember.
Steve
Linguistic sophist; retired teacher; pilgrim; wannabe travel writer