I like your thinking, Greg! I have my doubts though, as the previous two attempts (Slimline and 595) didn’t stick around all that long.

ok, so maybe 39mm is too big if the space on the dial is used incorrectly. that one was just a bit too Daniel Wellington. it needs to be more AnOrdain/GS style.

These users thanked the author golfjunky for the post:
thomcat00

^^^ I see where you’re coming from there.

These users thanked the author Amor Vincit Omnia for the post:
golfjunky

golfjunky wrote: ↑Tue Jul 12, 2022 4:05 pm ok, so maybe 39mm is too big if the space on the dial is used incorrectly. that one was just a bit too Daniel Wellington. it needs to be more AnOrdain/GS style.

I always liked the 595, but that comment changes everything! I’ll never see it the same way.

These users thanked the author jkbarnes for the post:
golfjunky

Andrew
“The first draft of anything is sh*t.” ~ Ernest Hemingway

I was part of a group in a different forum that over the course of two years took an LE watch through several stages of planning and design but it took so long enough enthusiasm fizzled and critical mass was lost. I was not the instigator but I can imagine how disheartening the limping along must be dfor those trying to pull a project together.
with Kung Fu grip, and life-like hair
Top

Hiya... I joined the forum ages ago, but didn't have a CW at the time and kind of drifted away. However, to celebrate my 50th birthday, and our 20th anniversary, we went to Maidenhead and I bought a Sealander Elite. Love it! Then I bought a used Trident and I'm well and truly hooked.
Anyway the point of finally commenting again is that I'm the one posting on the CWE FB group about the LE. I got involved in the small comittee that was designing it after asking CW myself how the bespoke process works. They must have mentioned it to the admins, and I joined what it turned out was a design committee of some great guys that had been working on ideas for a while, which were based on feedback from the wider group.
I did mockups, and admit I was a bit pushy, but due to my work environment, I want to get things done! So we did end up presenting a final design to the group, which went down well generally, sadly upsetting a few. I totally understand that, and maybe it should be done differently next time, but seeing how the CWA FB group is struggling with its LE, and the forum here, it was a useful experiment.
It was very disheartening when a couple of people got aggressive about it, and it is a huge amount of work. And now tracking the registrations for interest is taking time too, especially as orders are coming in from all different timezones.
I'm rambling, but yes - having been involved in this one, which is at 33 registrations so far, I would say that the larger the committee involved, the less likely it is to happen.
I think there's a great opportunity with these as we're talking a run of 50, making the watch incredibly rare and exclusive. The sunburst red Sealander we have was intended to appeal to as wide an audience as possible, and to be as affordable as possible. We knocked around loads of ideas, and fired a lot of questions to Peter France, the incredibly patient and helpful bespoke manager at CW.
Would I do it again? Probably not, but I really hope this is a success and reaches production. Just thought I'd pipe up and explain how that one got to the stage it's at.

Well done and I hope it all goes well for you.

These users thanked the author Mikkei4 for the post:
curiousdabbler

Thanks for commenting. Insight into the process is very interesting. And hopefully helpful to maybe get a new forum LE someday.

These users thanked the author ajax87 for the post:
curiousdabbler

These users thanked the author Alex r for the post:
jkbarnes

^^^ A hint of 36mm Explorer? Including the maker’s name around the rehaut? Or am I missing the mark?
Steve
Linguist; retired teacher; pilgrim; wannabe travel writer

They did something similar with the aquatine reworking the fifty five.
Rolex reworked the explorer style with the 3-6-9 OP and Tudor have the ranger and BB36. I don't think CW need to do a direct homage like the smiths Everest and countless Kickstarters
Just a classic style explorer with a CW rework and DNA.
It a wish list after all

These users thanked the author Alex r for the post:
Stif

Sealander Bronze in a 42mm with matching bracelet, leather strap and hybrid rubber. 39 just doesn't cut for me.

I'd buy that for a dollar!
Top

One more that I'd buy today is a C60 Trident 42mm, white dial, blue bezel older CW logo and older hands. Make it with numbered indices and no date, I'd buy two
Top 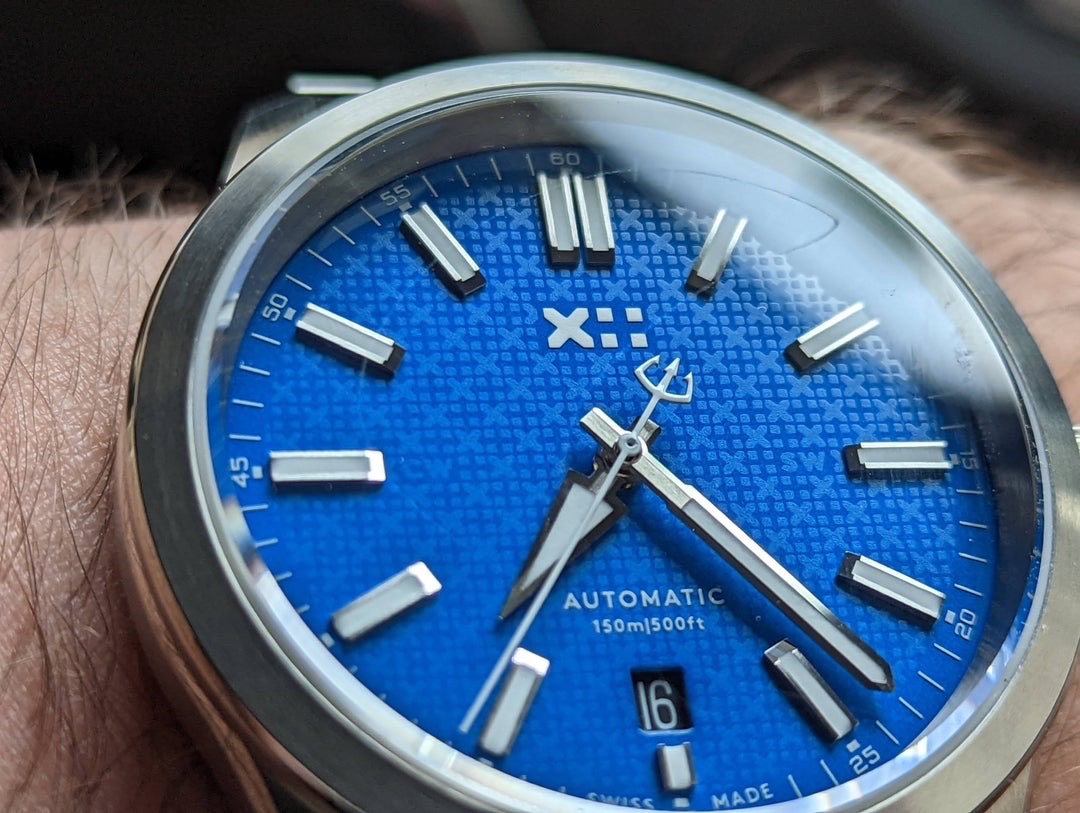 Saw this on Reddit. I’d buy one of these in a heartbeat if it was production watch or if we could scrape together the minimum order required. It’s custom for the Scottish Watches podcast.